No more smelly shoes with the Panasonic MS-DS100 – a shoe deodorizer set to go on sale only in Japan (unfortunately) on September 20, 2018.

One of the common causes of unpleasant shoe odors is isovaleric acid, an odorous substance produced by foot sweat and bacteria. According to a survey Panasonic conducted with sneaker wearers, about 62% of those surveyed take some measures to remove shoe odors, but about half of them are not satisfied with the deodorizing methods they use. 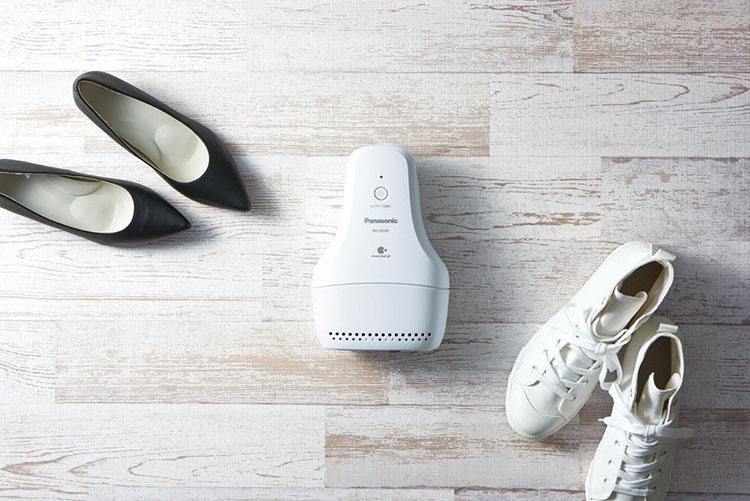 The MS-DS100 utilizes Panasonic‘s original ion particles, “nanoe X,” to dissolve and eliminate unpleasant shoe odors. When the product is set in shoes and the switch turned on, “nanoe X” is generated and spreads from six outlets to every corner of the shoes to remove odors in the entire interior of the shoes from the heel to the toe.

There are two operation modes to choose from. The normal mode provides approximately five hours of operation, while the long mode runs for about seven hours to remove stubborn odors. Both modes cost less than 1 yen (about $0,0090 USD) per use, so it is very economical.

The MS-DS100 also operates on a mobile battery so it can be used at a place where there is no AC power outlet. The product comes with a stylish storage case. The case accommodates the cap sections that are inserted into shoes for use, so the product can be stored neatly in the entrance area or shoe cupboard.