Hyperloop Transportation Technologies (HyperloopTT, HTT) has unveiled a prototype of a full-scale passenger Hyperloop capsule designed by Priestmangoode, which has been built using the newly developed material Vibranium. Billed as the world’s first full-scale passenger Hyperloop capsule, the prototype was constructed by technological firm Airtificial, and was revealed in Puerto de Santa Maria, Spain at an event that coincides with HTT’s fifth anniversary.

“Working together with engineers from HyperloopTT, we are proud to be pushing the envelope of smart materials in transportation and manufacturing,” said Airtificial Co-Founder and Chairman, Rafael Contreras. “Today we have unveiled a new type of transportation vessel built with an industry high percentage of composite, which makes the Hyperloop capsule perhaps the safest transportation vehicle in the world.”

“The creation of this capsule represents over a year-long journey of the best expertise in design, engineering, and the development of cutting-edge materials,” said Dirk Ahlborn HyperloopTT co-founder and CEO. “In just five years we have solved and improved upon all of the technology needed for Hyperloop with our new levitation system, vacuum pumps, batteries, and smart composites. This capsule will be a part of one of the most efficient transportation systems ever made.”

“In 2019, this capsule will be fully optimized and ready for passengers,” said Bibop Gresta, chairman and co-founder of HyperloopTT. “Since we have taken major steps in solving government regulations with our safety certification guidelines and insurance frameworks, we are now closer than ever to bringing Hyperloop to the world.” 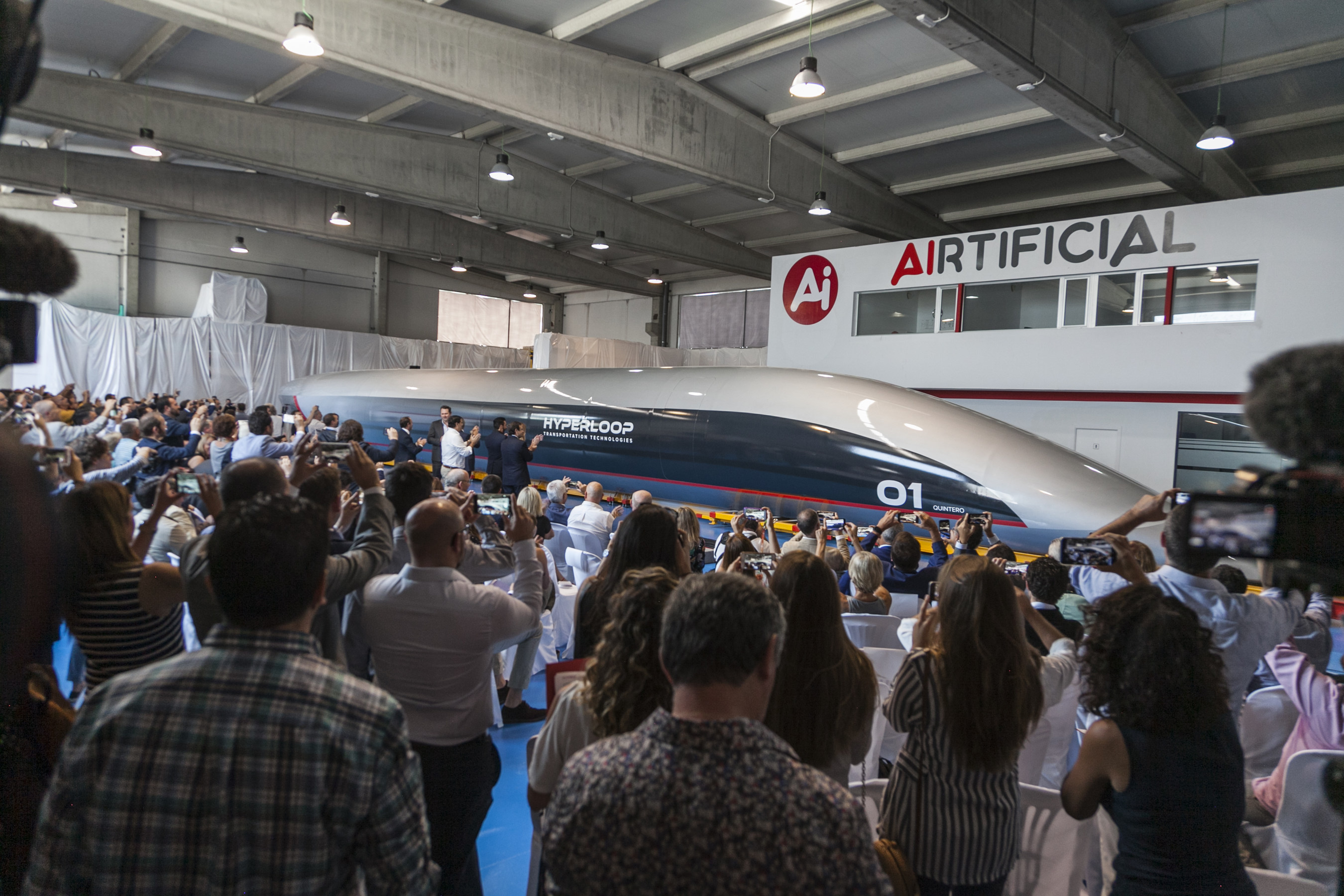 The capsule takes the form of a sleek 32-meter-long, bullet-shaped passenger pod. Able to accommodate up to 40 passengers, the capsule would make up just one section of a longer train that would be electromagnetically propelled through a semi-vacuum tube, traveling at speeds of up to 700 miles per hour.

The prototype, called Quintero One, is built almost entirely out of HTT’s trademarked Vibranium material – a specially engineered dual-layer smart composite, which shares its name with the fictional metal that appears in Marvel Comics. According to HTT the new carbon fibre-based smart material is eight times stronger than aluminium, and 10 times stronger than steel, as well as being around fives times lighter.