The Opel GT X Experimental brand concept gives some key indicators of what the Rüsselsheim-based carmaker’s models will be and look like later in the 2020s. Two main elements of the new exterior design philosophy are the so-called Opel Compass and the Opel Vizor, both of which can be closely linked to iconic Opel models of the past – such as the first generation Opel Manta. Moreover, the new Opel Vizor is not just a design statement, it is also the entry ticket into the world of electric and autonomous driving and makes all Opel models ‘future ready’ by housing the sensors and cameras required by modern vehicles. 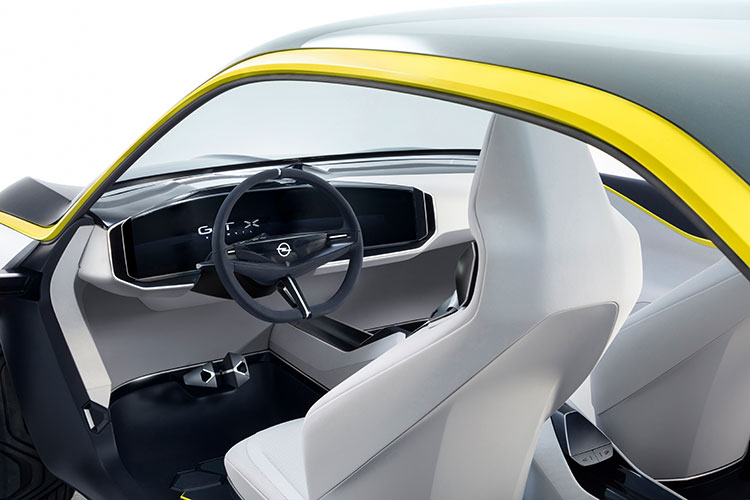 Over the years, Opel has not only brought modern technologies to a wide audience but the company has also managed to stand out from the crowd with iconic highlights of automotive history such as the first generation Manta launched in 1970. Perfect proportions, clear lines, the low waistline, stretched bonnet on short rear end gave the Manta a sporty appearance.

Straightforward and striking, the uncluttered front design characterized by a widely stretched black grille integrating dual headlamps and framed with chrome has been a great source of inspiration for today’s Opel designers. The Manta already showed many of the characteristics now summarised under the name Opel Compass. The center crease of the bonnet formed the vertical axis while the dual headlamps formed the horizontal axis with the Opel Blitz proudly sitting where the two lines intersect. 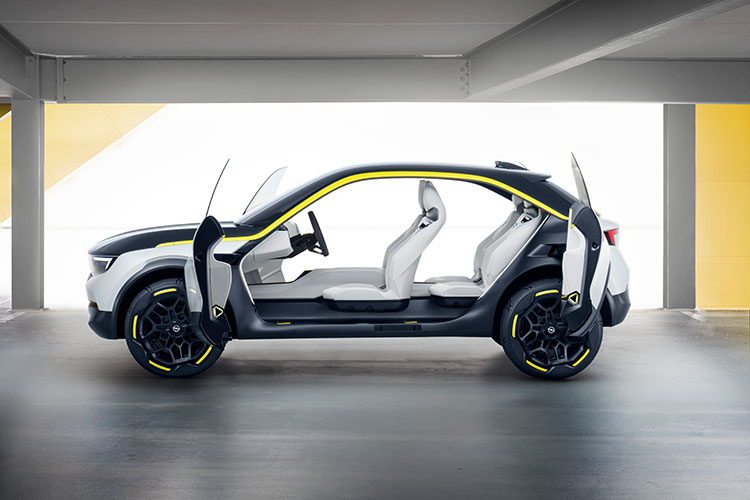 This clear organization rooted deeply in Opel’s heritage has been revisited and taken a step further in Opel’s new brand concept – the GT X Experimental. The Opel Compass once again organizes and composes the design elements along two strong axes that intersect the Blitz. The legendary brand emblem is now the focus point more than ever before. In a crisper and purer execution, the center-crease line on the bonnet represents the vertical axis, which is prolonged under the Blitz. In the GT X Experimental, the horizontal axis is symbolized by the Opel-typical wing-shaped daytime running light signature, which will continue to feature on all future Opel vehicles. The rear echoes the front fascia and shows the Opel Compass in its purity, with the Blitz solidly anchoring the horizontal line of the wing-shaped rear lights and the vertical line from the roof fin antenna to the accentuated crease in the bumper. 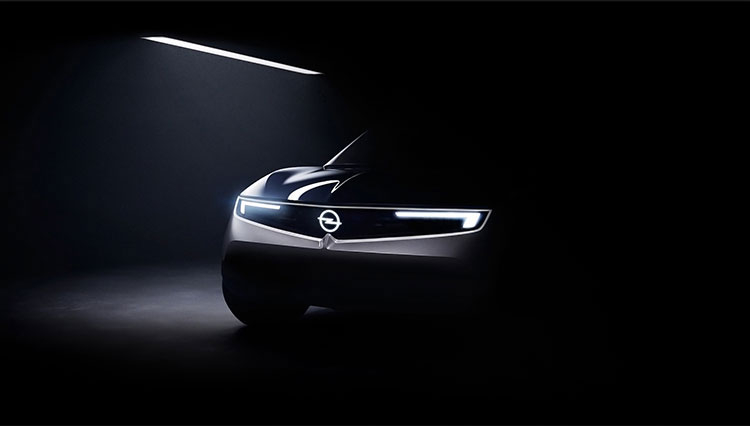 Following the theme of the Manta’s front fascia and in line with the approach of creating the purest possible design, Opel designers have also created a new brand face that expresses the company’s pioneering spirit: the Opel Vizor.

It looks like a widely stretched, single black module that integrates the front lighting system and the brand emblem. However, while the purist grille of the Manta mainly served the purpose of cooling the internal combustion engines with displacements of 1.6 and 1.9 liters, the Opel Vizor, which will replace the classic grille going forward, will have different functions and meet different requirements relevant to future mobility.

Given the electric drive of the GT X Experimental with the power delivered by a 50-kilowatt-hour lithium-ion battery with inductive charging, the area previously housing the grille no longer needs to allow cool air to flow into the engine compartment. 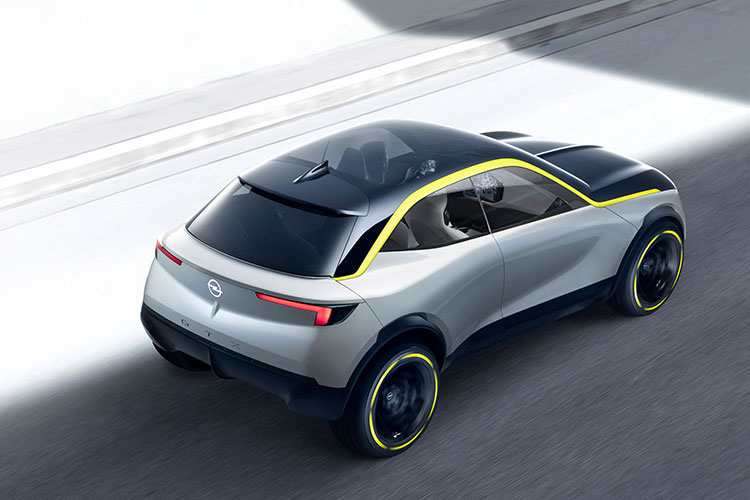 Instead, the Opel Vizor is a full, single module that houses and frames all of the high-tech and brand elements such as the cameras and sensors of the assistance systems and autonomous driving functions, the latest in LED matrix headlight technology, the wing-shaped daytime running lights and the LED Blitz emblem that shows the car’s operation state by lighting up in different colours under darkly tinted Plexiglas. The new, distinctive Opel Vizor is set to be a hallmark design element for all Opel models later in the 2020s.