For the fourth successive year, Honda’s stand at EICMA —­ the world’s biggest motorcycle show­ held in Milan — will feature some futuristic machines in its ‘Design Studio’ area. For 2018, it showcased two new 125cc design studies by Honda’s R&D centre in Rome, the CB125X and CB125M, both of which take the new­ for ­2018 CB125R as their platform. 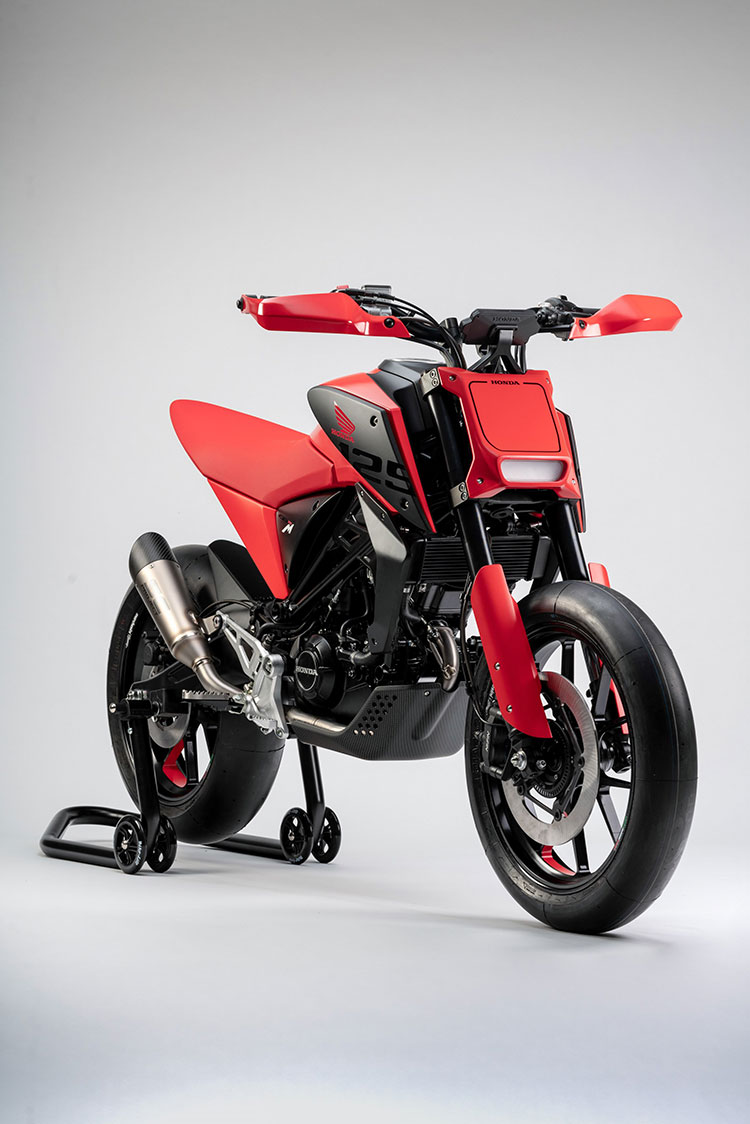 The 125cc segment of the market has enjoyed a renaissance in recent years, with 25% growth in the European market in 2018; the concept models, designed by Project Leader Valerio Aiello and his team, offer two very avant­garde takes on this 1/8 litre class.

The CB125M is a naked street­focused machine in brilliant red, with more than a hint of ‘super­motard’ in its design. The futuristic lines are minimalist and ultra­sharp, with a seat section that runs seamlessly into a short, high tail, and a miniscule LED headlight. 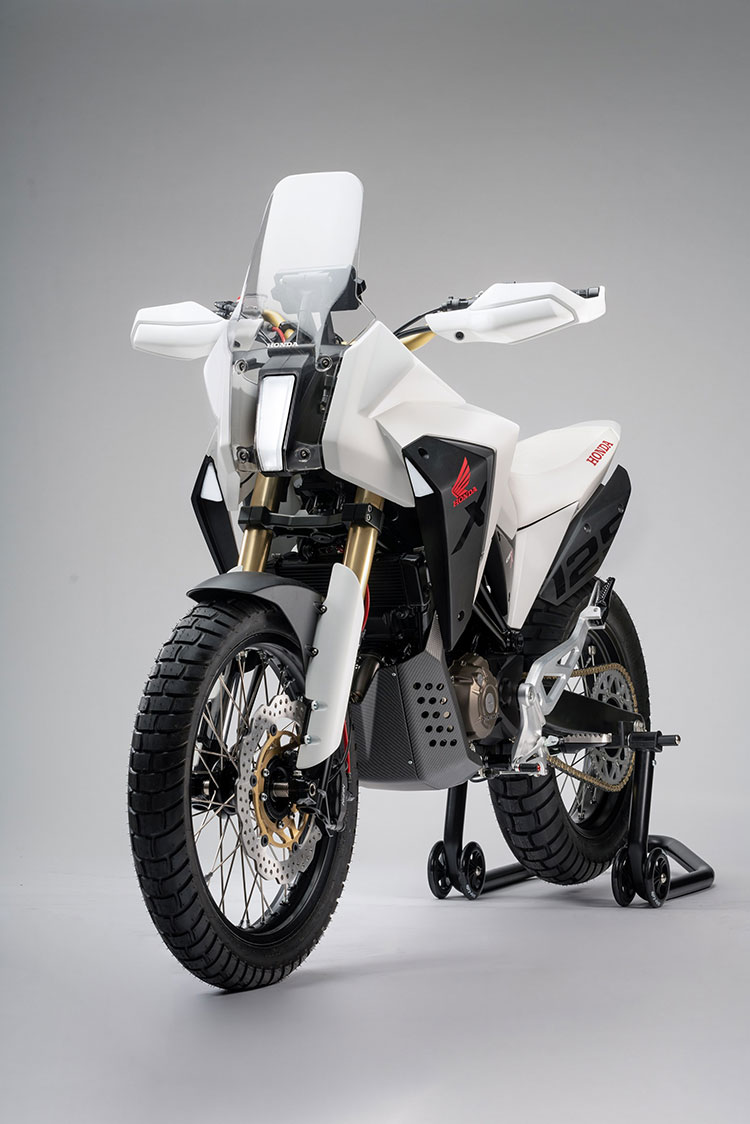 The all­white CB125X, meanwhile, is clearly an adventure­focused ‘X’ model, with a multitude of chiseled lines and solid surfaces that bring to mind the world of science fiction. The lines are both athletic and clean, while the seat and frame meet seamlessly in a forward­leaning stance that gives an aura of aggressive dynamism. The front of the CB125X is remarkable for its three lights: one central and one tucked inside each side fairing, to give an added sense of safety in addition to a unique appearance.

Both models are sure to stimulate the imagination of younger visitors to the world’s largest motorcycle show, as they consider the many possibilities of a life on two wheels. 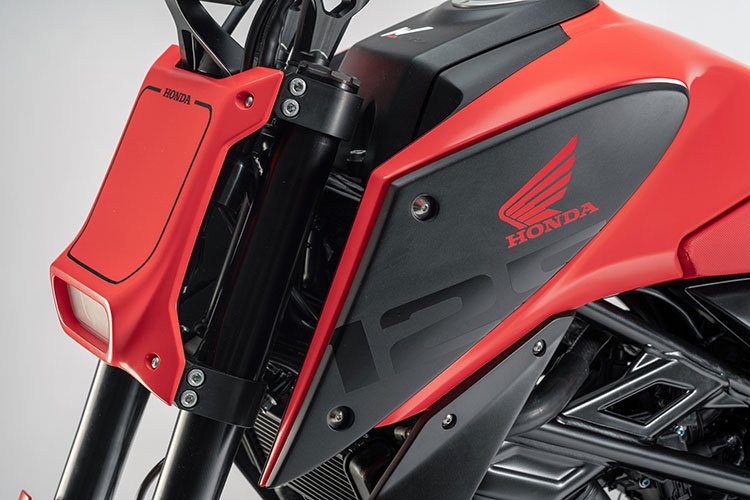 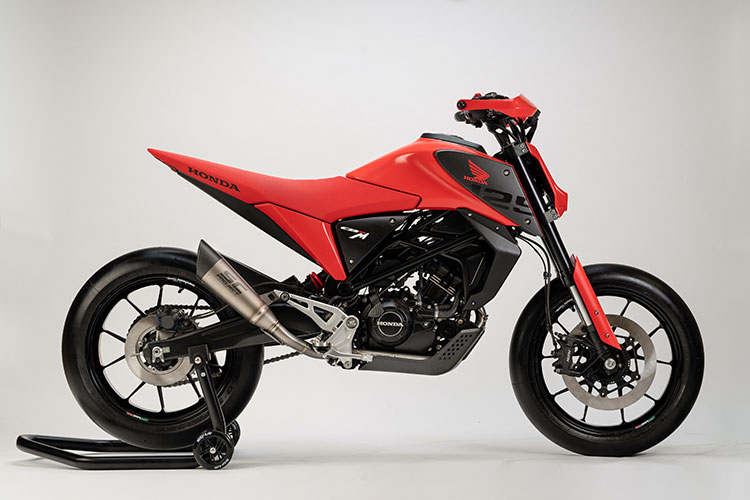 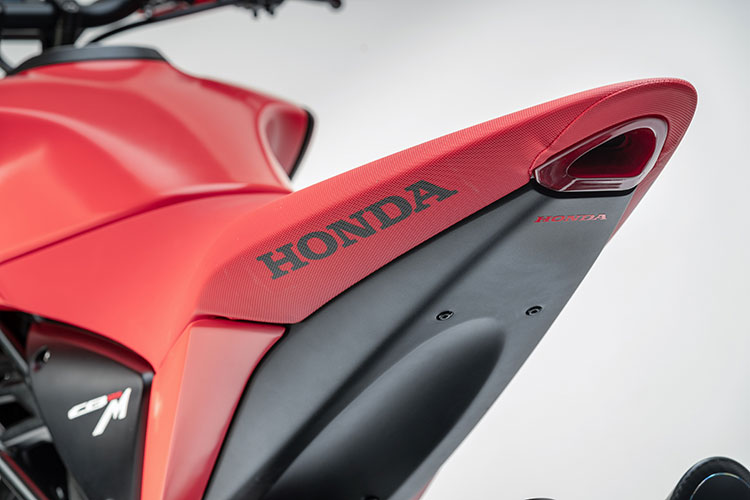 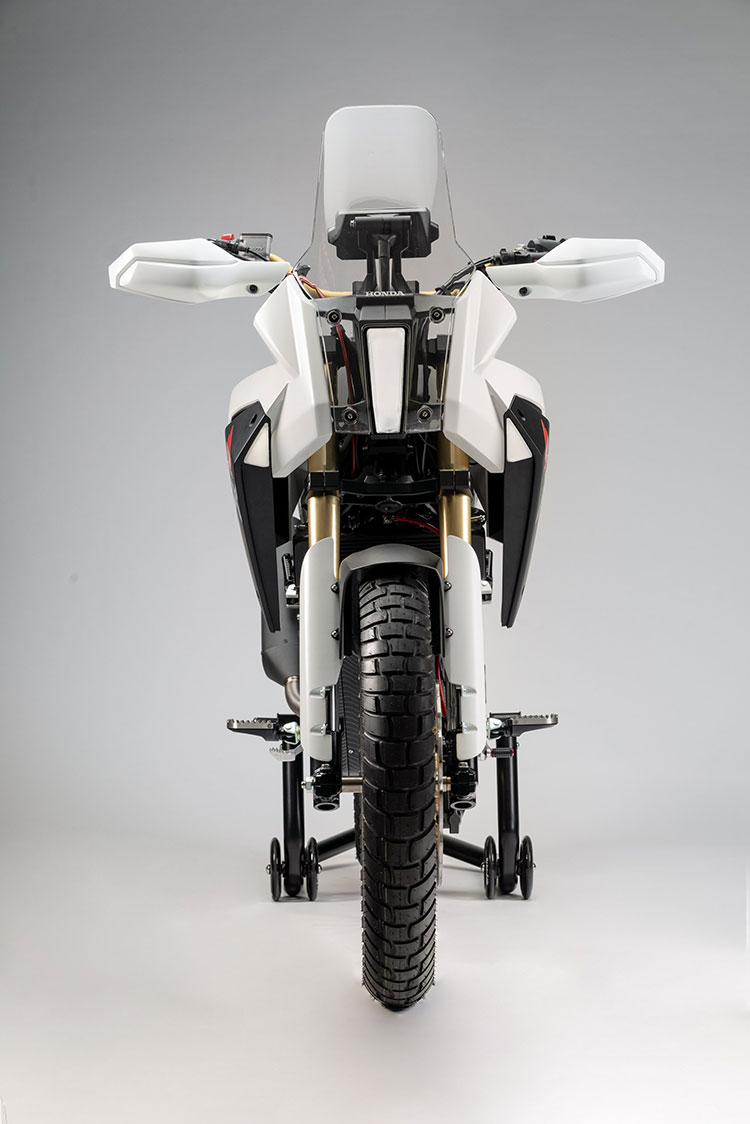 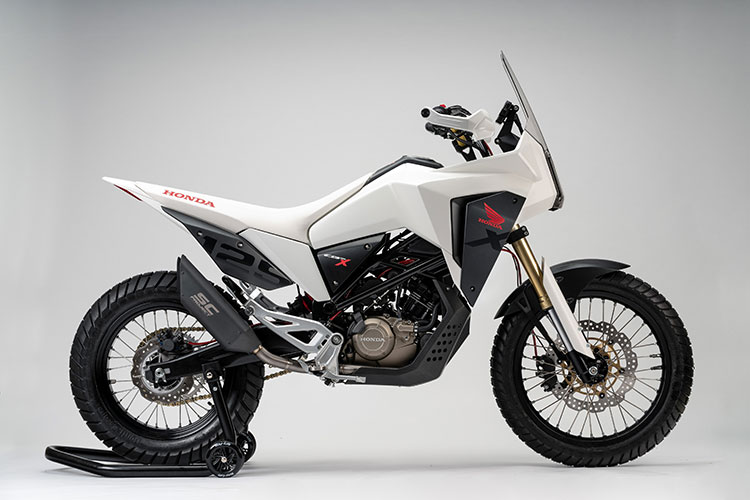 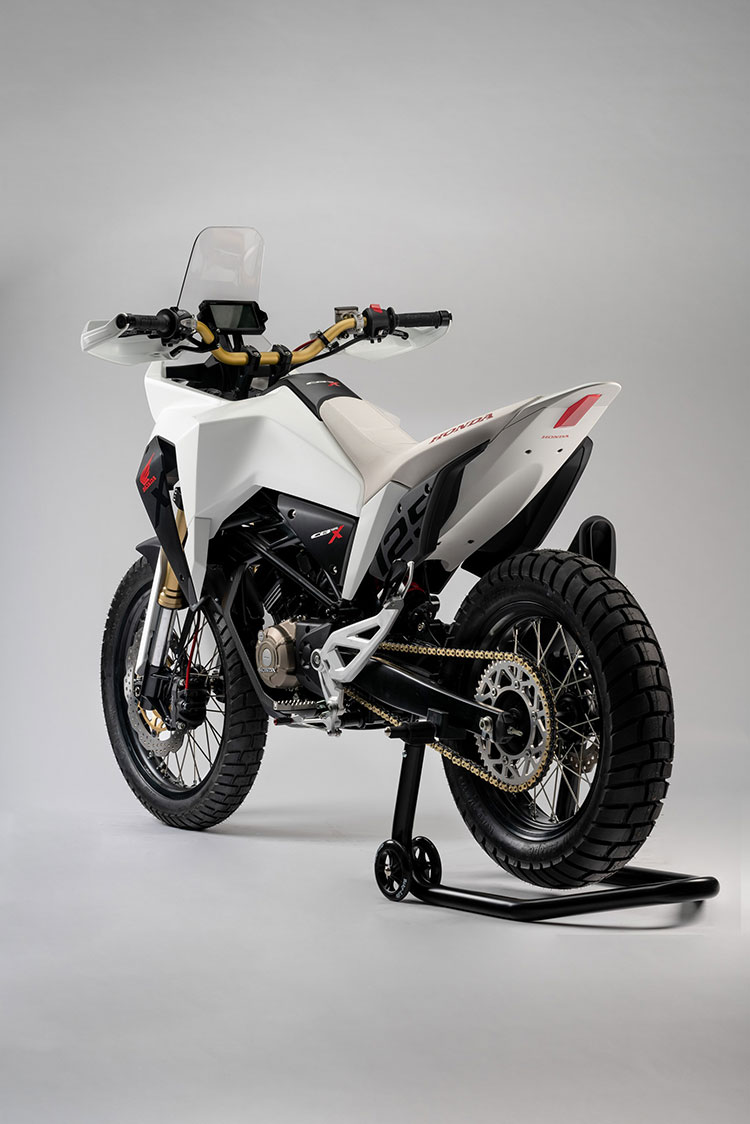