3D printing is a technological marvel that builds physical objects from three-dimensional digital models through a process of laying down many thin layers of material in succession. The Ford Motor Company has realized that 3D printing is the future of the automotive industry and the manufacturer is deriving the maximum benefits from this astonishing technology in the design, prototype, and component production stages. Ford’s technicians are using it to improve the products and streamline production, and strides are being made to bring 3D printing into Ford dealerships across the country. 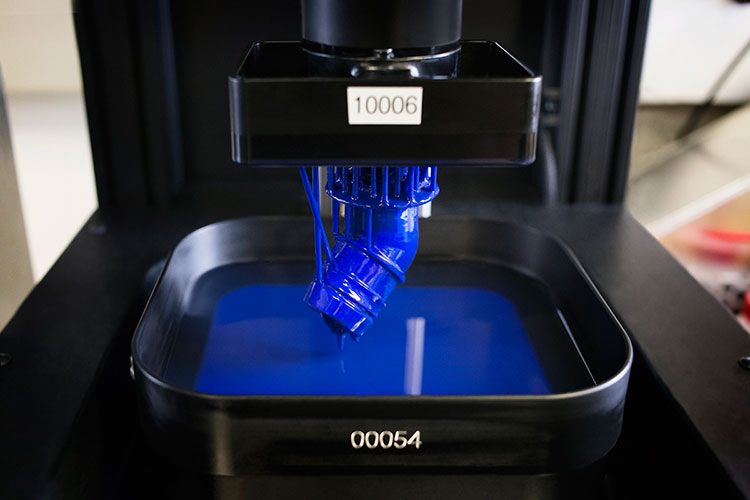 Earlier known as stereolithography, which could only create specific shapes, 3D printing has come a long way. Back in 1988, Ford acquired one of the first 3D printers ever made. Ford is now using more advanced technologies like fused deposition modeling (FDM), selective laser sintering (SLS), and 3D sand printing to create layers that are the building blocks of parts.

Even the tools to create these parts are made using 3D printing. For example, engineers at Ford have created a large sifter that quickly separates produced parts from the loose nylon powder, which results in a great saving of time. The facility it is housed within can rightly be called a virtual sandbox for designing new parts and tools. 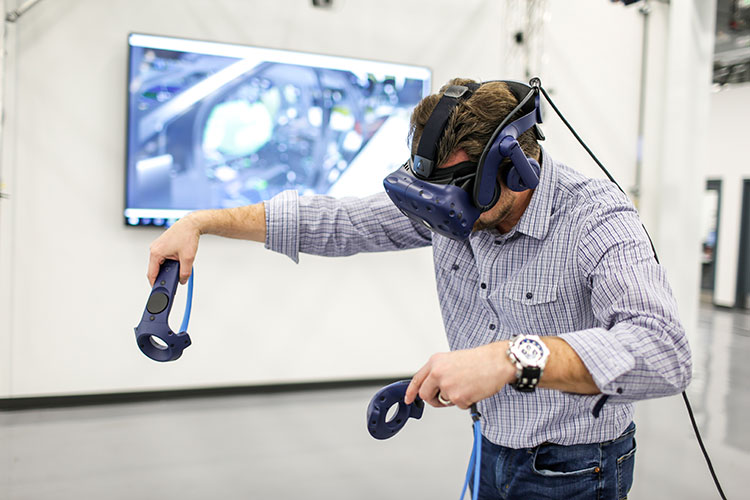 The Ford Advanced Manufacturing Center – The manufacturing processes at Ford using 3D printing have revolutionized the development and testing of cars. The production of prototype parts, which is normally time-consuming and expensive, has now become flexible, fast, and affordable thanks to 3D printing.

Loads of glass, rubber, and ore arrive at Ford’s 1,212-acre River Rouge complex located in Dearborn, Michigan and are transformed into trucks by thousands of workers with the help of huge machinery, at an astounding rate of a truck a minute!

The conversion of ideas into vehicles is made possible by lasers generating various shapes and changing liquid polymers into solid parts at an amazing rate. It is possible to build a part directly from a CAD file.

Although rapid prototyping techniques have been employed for more than a decade, Ford is also using 3D printing extensively when developing metal parts in test engines, transmissions, and brakes. What is more, when precision tools are not available, their technicians are creating their own tools using 3D printers! Engineers at the Advanced Manufacturing Center are currently producing brake parts for the upcoming Shelby Mustang GT500 using 3D printing.

More than 100 experts run the Ford Advanced Manufacturing Center, a $45-million facility. They are constantly using the latest techniques and researching new applications using 23 separate 3D printers. Ford works with many types of processes and materials, including sand, nylon, and carbon fiber composites. Ford recently teamed up with ekocycle to distribute 3D printers. 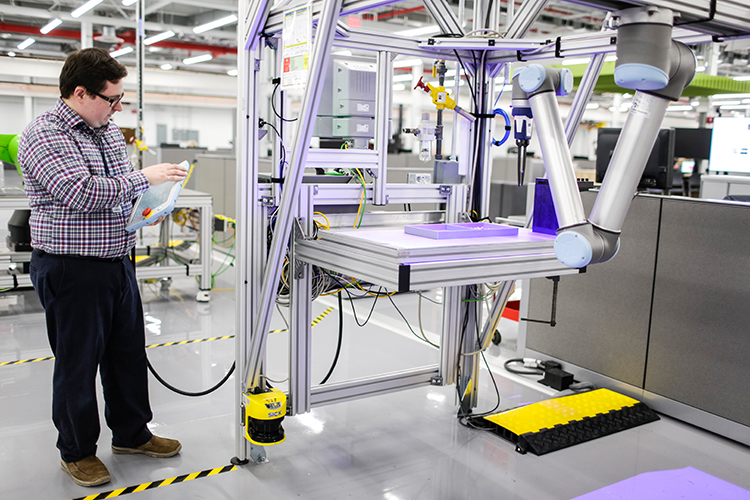 Collaborative Robots – Recent innovations at Ford include ‘collaborative robots’ or cobots. These robots work alongside employees to complete jobs that may be too difficult for humans alone. Almost a hundred cobots are working across 24 plants, making the workplace safer. This has eliminated the need for some safety cages. A judicious combination of people and robots is being used by the company, as people can perform some tasks better and machines can reduce the taxing physical labor required by other tasks. 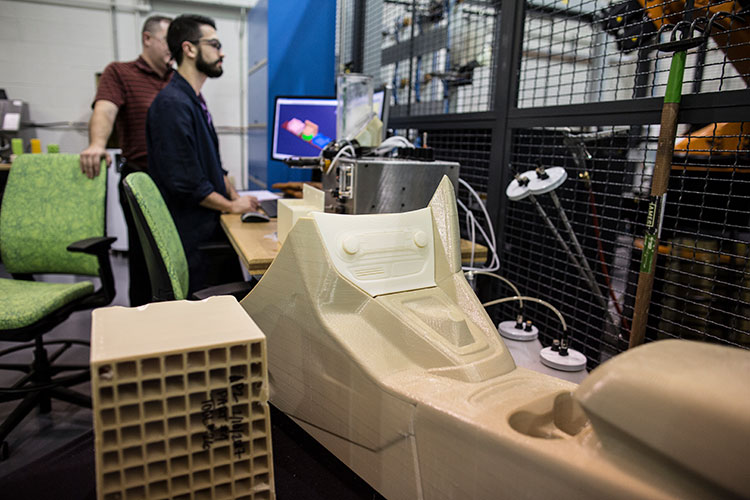 Saving of Effort, Money, and Time – Roy Raymer, Project Coordinator, Rapid Manufacturing, Ford Motor Company says that in the beginning, no one could anticipate the phenomenal potential of this unbelievable technology. Ford has now printed more than 500,000 parts, saved millions of hours of work, and conserved billions of dollars.

If a prototype takes a few months and nearly $500,000 to be made traditionally, it can be created in a few days or even hours at a cost of a few thousand dollars using 3D printing. The optimization in costs and time makes for even higher quality vehicles. An application in development may result in savings of over $2 million for the company. 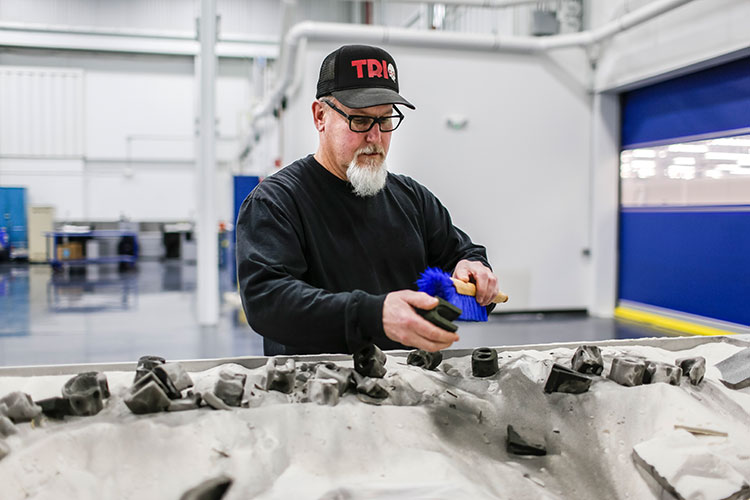 Future of 3D Printing – 3D printing will be used for many more tasks in the future besides making prototypes. Garages could be equipped with their own 3D printers to produce replacements for damaged parts, making it really easy to repair vehicles. Even customers could customize car accessories to suit their special needs. As a trendsetter in this area, Ford will be using 3D printing to take rapid prototyping to new heights in the future.