At the NAIAS 2019, GAC Motor has unveiled the Entranze EV, the first concept that Chinese automaker has produced in its North American design studio in California. In 2018, GAC Motor opened its North American design studio, headed by Executive Design Director Pontus Fontaeus. Responsible for some of the world’s most iconic automotive designs from celebrated marques such as Ferrari, Land Rover, and Volvo, Fontaeus fused his auto experience with his work designing sleek aerospace cabin interiors. 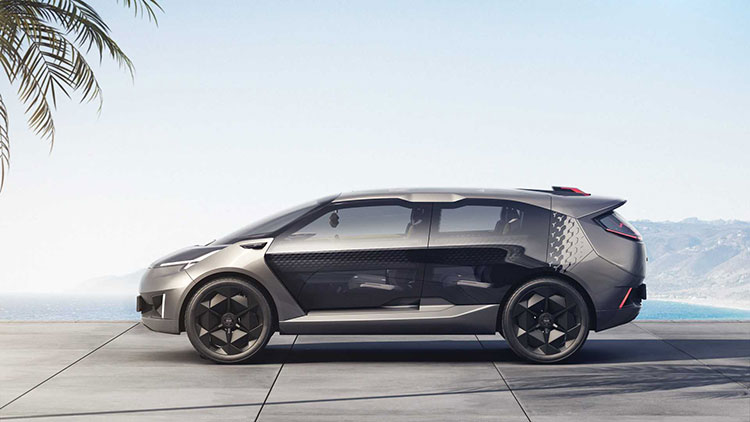 GAC Motor’s design approach started by envisioning the Entranze as the ultimate road-trip car: a multi-purpose utility vehicle that can easily shift between extended trips to the beach, mountains, forests, and deserts. For the project, the GAC Design Studio applied their extensive experience in vehicle exterior and interior design as well as Fontaeus’ previous work designing commercial aircraft interiors. The net result is an inside-out design philosophy for the Entranze, an EV concept that combines many different attributes into a one-of-a-kind vehicle with sustainability in mind. To complement its EV platform, more than 90 percent of the Entranze’s interior components are made from environmentally sustainable materials such as cork.

Entranze’s fuselage-inspired interior seats up to seven in a 3+2+2 configuration. Ingress/egress is through sweeping patio-inspired sliding glass doors. To best accommodate passengers, the foldable rocker panels serve as steps – and also function as a bench for comfortable outdoor seating anywhere. This inside-out concept is inspired in part by coastal architecture, which often blurs the barriers between indoor and outdoor living. Breaking from tradition, the GAC Design Studio created the interior and exterior to flow together, the perfect pairing of “form follows users.”

The aircraft inspiration is further evidenced in the Entranze’s UX/UI system. Its intuitive controls are “autopilot”-ready. A special steering wheel uses illuminated touch controls around the steering wheel’s perimeter and works with a heads-up information cluster and voice-command activation. 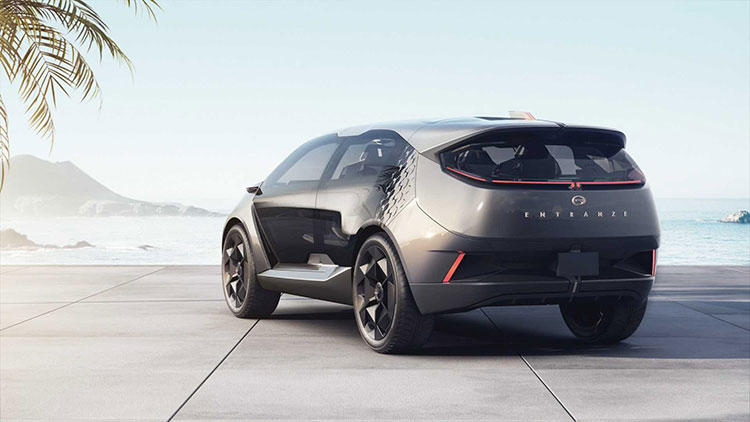 Entranze’s interior also has a versatile, multi-functional 3-seat bench in the first row. GAC Motor decided to include OLED screens on either side of the wave-inspired instrument panel as opposed to a single screen in the middle. The open-air design offers a feeling of spaciousness, and the gently curved media screens are tucked into sliding covers when not in use. To maximize safety, most of the vehicle interactions is rendered with AI-supported voice control instead of via touch-screen or button controls to minimize driver distraction. Aerospace-inspired HVAC vents are located overhead in the console. Other nods to aviation includes a storage trolley that slides between the seats when needed. 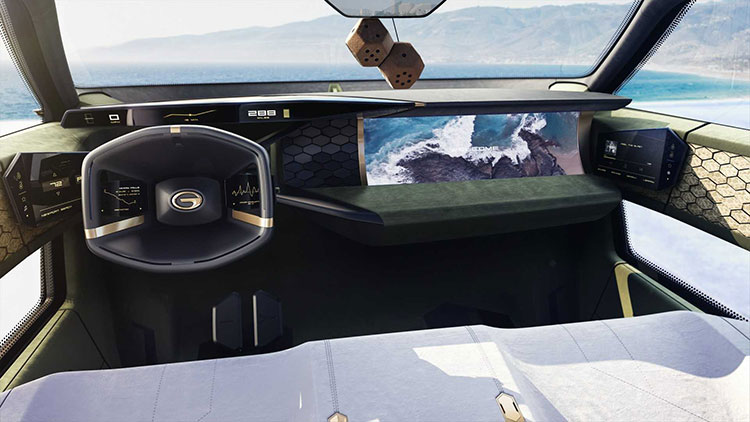 Taking advantage of the fact Entranze doesn’t have a traditional front-engine powertrain, the EV concept’s exterior designs weren’t limited by traditional mechanical constraints. The GAC Entranze EV concept is the realization of the future of automotive interiors, pairing a sleek aerodynamic, futuristic exterior with the interior automobile cabin of the future. The exterior and interior attractively merge together through the vehicle’s sliding glass doors and panoramic roof.