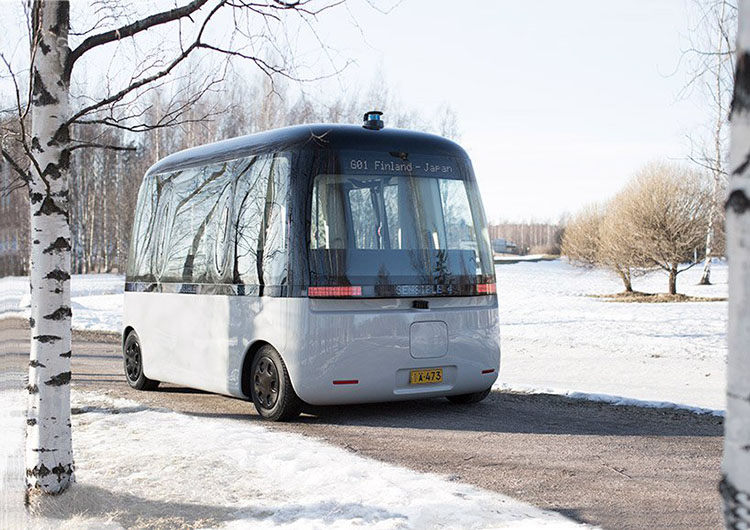 GACHA’s debut test-drive took place in front of the new Oodi Helsinki Central Library, a significant site in the Finnish capital. After the preview, GACHA will begin operating for the general public in Espoo in April 2019, rolling out to Hämeenlinna, Vantaa and Helsinki later in 2019.

MUJI and Sensible 4 are currently planning to produce the first GACHA fleet for use on public roads in 2020 for various cities in Finland and abroad. MUJI and Sensible 4 aim for the self-driving shuttle fleets to operate as a part of the cities’ existing transportation systems in 2021, with a long-term objective of establishing partnerships with other pioneering cities around the world. 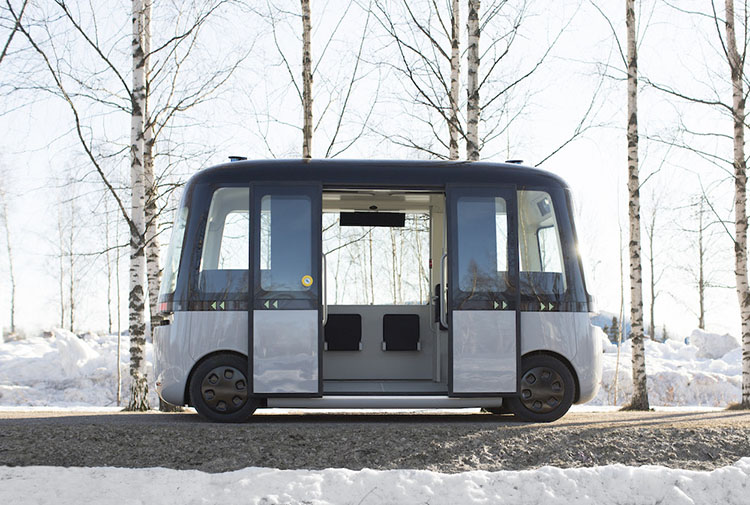 Aside from its all-weather capabilities, MUJI’s design also differentiates GACHA from similar projects, in particular the vehicle’s lack of a front or rear. The interior seating follows the soft rounded square shape of the bus, creating more space for passengers while the LED light belt serves as both headlights and an external communication screen. The inspiration for the design came from a toy capsule, a universal shape that embodies joy and excitement, bringing peace and happiness to those who encounter it. 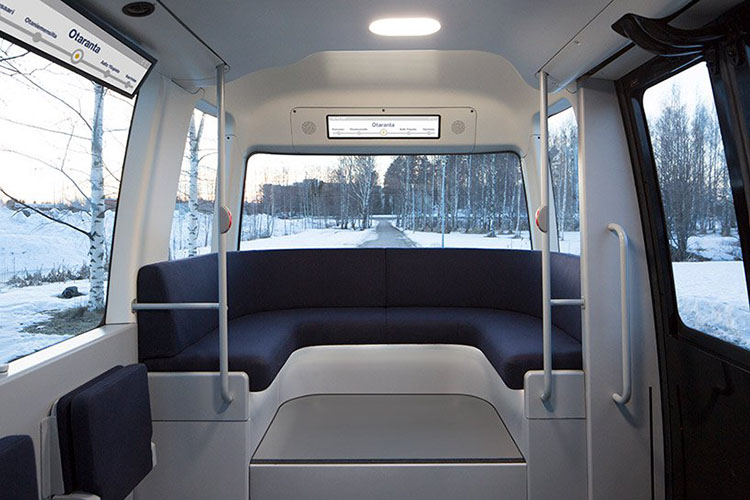 “The GACHA development got started when Sensible 4 team, working back then with the first generation of robot buses, noticed that they just don’t perform at all even in light rain, not to mention the typical winter conditions in Finland,” says Harri Santamala, CEO of Sensible 4. “Completely autonomous self-driving technology is not here yet. Most self-driving cars can operate only in ideal weather conditions and well-marked roads. This is what Sensible 4 has managed to change through repeated tests in the harsh winter conditions of the Finnish Lapland.”