RM Sotheby’s is set to auction a rare 1988 Porsche 959 Komfort complete with the manufacturer’s “Special Wishes” program specifications. Of the 284 Porsche 959’s built, only 20-25 cars were built to the standards provided by the exclusive service.

The lucky original owner of this particular 959 was Dr. Friedrich Christian Flick. Born into one of Germany’s most prominent families, Flick amassed one of the world’s most significant collections of modern art, with approximately 2,500 works by 150 artists. Flick’s collection was so significant that when he donated 166 works to the National Gallery in early 2018, it was the largest gift from an individual person since the museum’s founding in the 18th century. 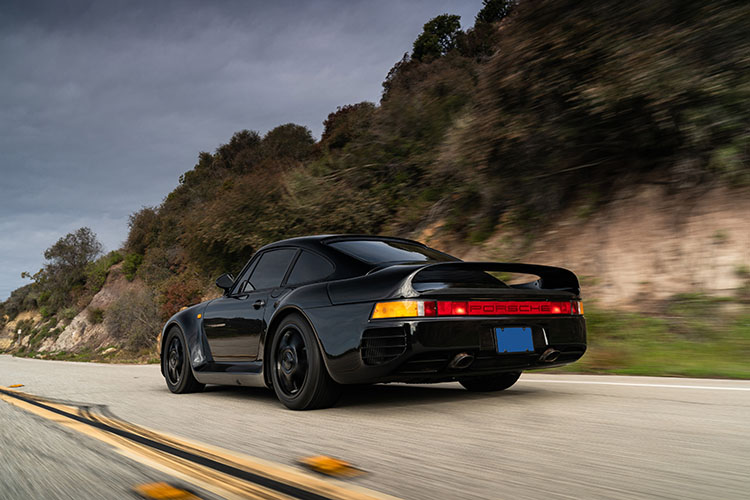 Of course, a man with such impeccable taste had to have something special when ordering his new 959, and Porsche was keen to grant his wishes. Dr. Flick opted for his car to be finished in black, leading it to become one of just three known examples originally finished in black, and upholstered in a voluptuous caramel brown leather interior. All three factory options were selected: sports seats with electric height adjustment, heated front seats, and an alarm system. 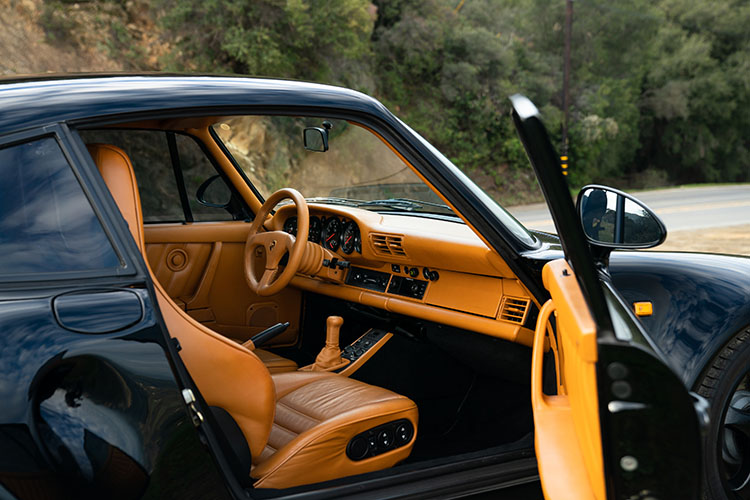 Furthermore, the car was fitted with an Exclusive option CDR-210 radio and a special steering wheel embossed with the Porsche crest. Every interior surface was covered in leather, including even the air vents and the electronic window switches, and black carpeting was fitted matching black stitching on the steering wheel and seats. 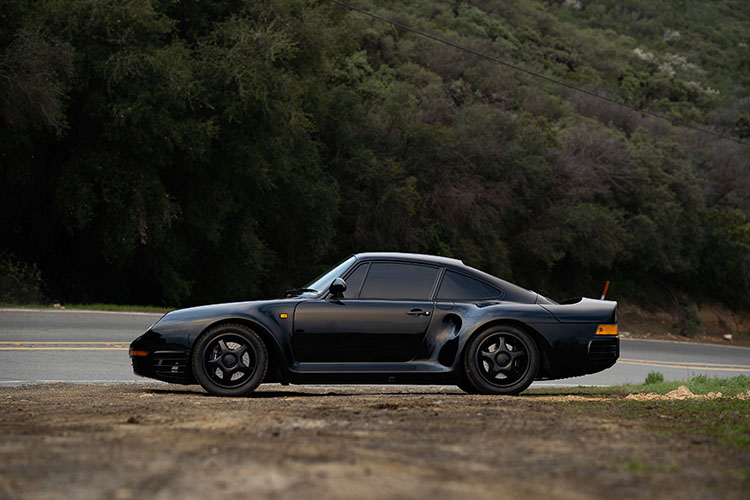 First registered in February of 1988 under the name of Michael Reichardt, Dr. Flick’s Munich-based attorney, the car was driven some 32,000 km in his ownership and was regularly maintained at the Porsche factory in Stuttgart, Porsche Zentrum Munich, and Porsche Zentrum Gstaad during this time. Its original service book confirms its regular service history, as well as its current mileage as original. 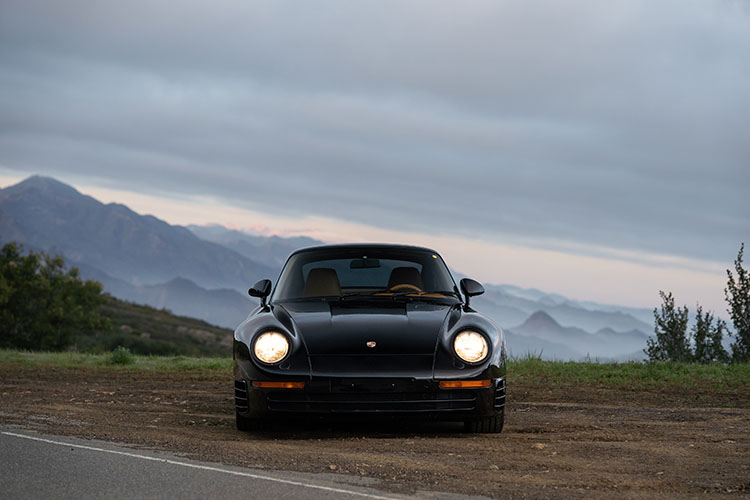 The car’s second owner was a significant U.S. collector and in 2015, it was purchased by its current and third owner, also a U.S. resident. In his ownership, the car has been used and enjoyed as its manufacturers intended, driven and enjoyed some 10,000 km since its purchase and is currently showing just under 42,000 km from new. During this time, the car has been regularly serviced and maintained without regard to cost in an effort to have the car be ready to drive at a moment’s notice. 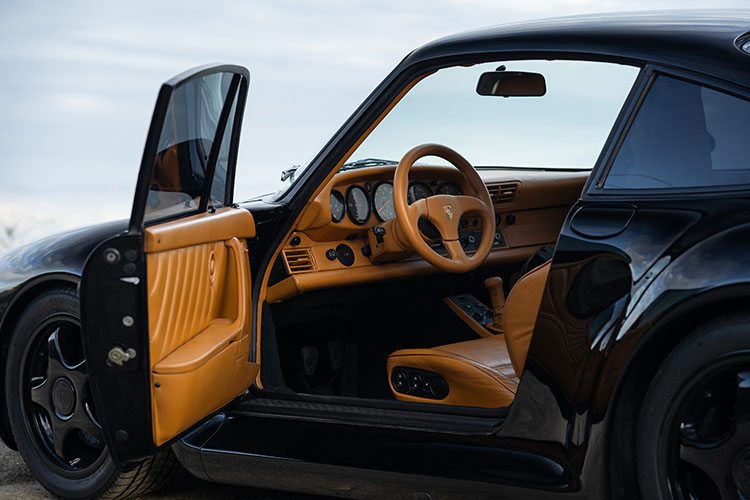 Looking for a slightly more sporting ride and overall driving experience, the current owner opted to have the 959’s suspension converted to 959 S specifications, utilizing a more conventional coil-over suspension configuration instead of its then-innovative electronically adjustable suspension. This work was completed by the air-cooled Porsche specialists (boasting 15 years of 959-specific experience) at Arredondo Motorsports of Torrance, California. With assistance from a former member of the 959’s original development team, Eibach was commissioned to supply new shock absorbers and the proper parts were sourced to carry out the conversion. 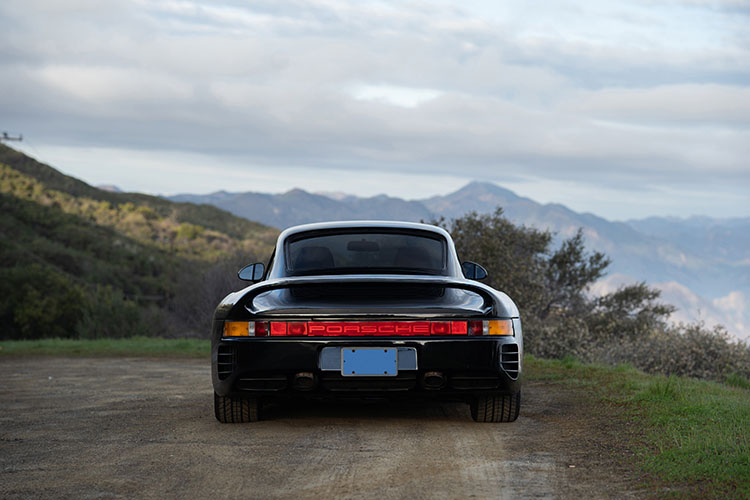 Importantly, all of the original ‘Komfort’ suspension components are included in the sale, should its next custodian wish to return the car to its as-delivered specification. Furthermore, the car is accompanied by its original keys, tool kit, owner’s manuals including a leather folio embossed with Dr. Flick’s name, as well as an impressive file of invoices and previous European registrations. All told, the current owner has invested over $100,000 to improve upon the 959’s drivability, reliability, and enjoyment. 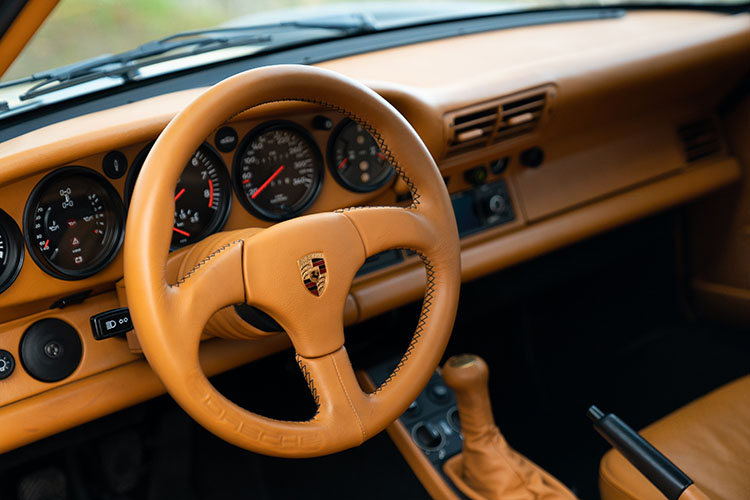 It is hard to imagine a more exceptional, special, and unique 959. Conceived for a Porsche VIP through the Special Wishes program, this 959 is offered today boasting just three owners and just over 42,000 km from new. An RM Sotheby’s representative who had the chance to drive the 959 recently remarked that it performed beautifully in all regards and exudes a unique character, thanks to its brilliant as-configured specification. Simply stated, this is a 959 that checks all the right boxes and would be a wonderful addition to the most prestigious Porsche collections worldwide.