With an intense sports car persona and assertive styling, the A110S joins the A110 Pure and A110 Légende in the Alpine model range. Assuming a position at the top of the line­up, the A110S is a lightweight coupe characterized by high engine power, a focused chassis setup and refined design elements.

The A110S has been engineered to deliver precise handling response and exacting high­speed stability. Sophisticated styling flourishes inside and out, as well the use of high­end materials such as carbon fibre and Dinamica upholstery, amplify the car’s purposeful nature. 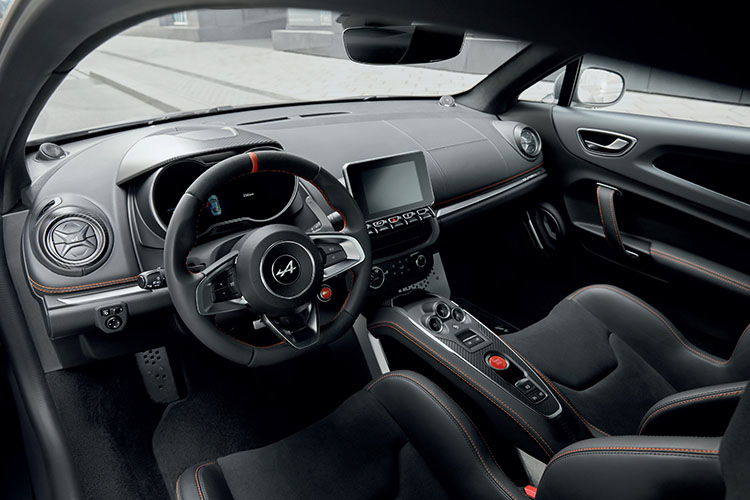 At its core a true Alpine, the A110S is a mid­engined, two­seat sports car that delivers 292Ps and weighs 1114kg. It is engaging to drive at all speeds while still being comfortable in everyday use. Approachable and undemanding to drive, the A110S is faithful to Alpine’s underlying principles of lightweight engineering, compact dimensions and performance through agility. 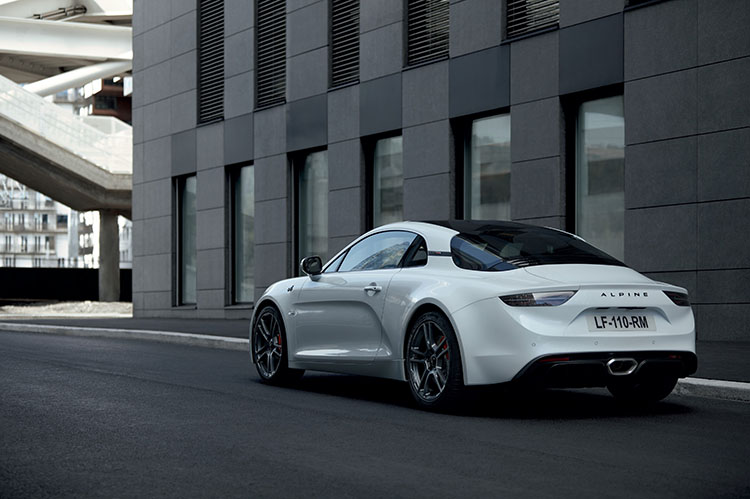 Within the cabin, orange stitching replaces the signature blue stitching found in other versions of the A110. Sophisticated black Dinamica upholstery for the roof lining, sun visors and door panels perfectly underlines the new versions’s uncompromising personality. The seats, also trimmed in Dinamica, are Sabelt items that weigh just 13.1kg apiece. The steering wheel is wrapped in leather and Dinamica with an orange 12 o’clock marker and stitching to match. The pedals and footrests are lightweight aluminium, while the cabin is neatly set off by carbon fibre and orange flag emblems to match those found on the outside of the car. 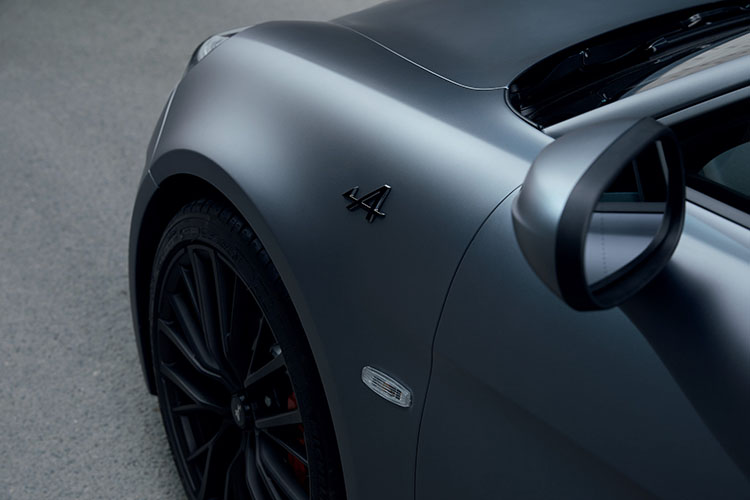 A110S buyers will have the option of upgrading to a carbon fibre roof in a gloss finish, which not only highlights the car’s sporting nature but actually reduces the car’s overall weight by 1.9kg. Other options include lightweight Fuchs forged alloy wheels and a carbon fibre finish for the Sabelt seats. Standard equipment include a Focal audio system, Alpine Telemetrics and front and rear parking sensors. 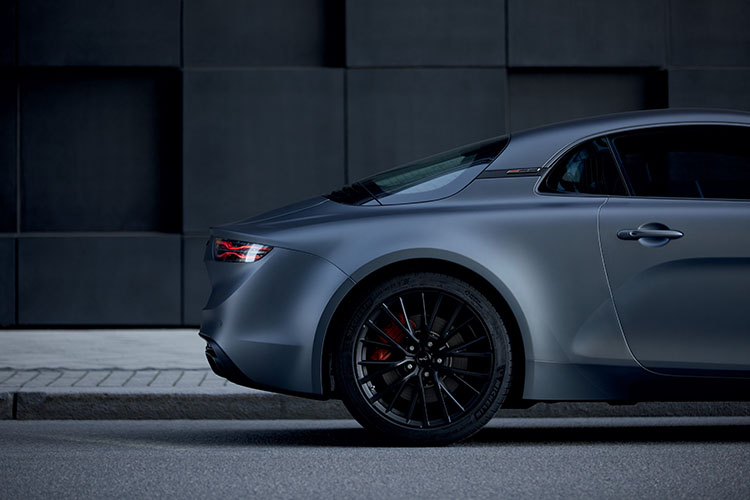 With engine power increased by 40PS over existing versions of the A110, the A110S is the fastest and most powerful version in the range. The characterful 1.8­litre four­cylinder engine remains, but turbocharger boost pressure is increased by 0.4bar to deliver greater performance. Torque is rated at 320Nm and is available from 2000rpm to 6400rpm which is 1400rmp higher than on the 252PS engine.

The new horsepower figure means the A110S has a power­to­weight ratio of 3.8kg/PS, which compares favourably to the other versions’ 4.3kg/PS. It sprints to 100kph (62 mph) from standstill in 4.4 seconds. 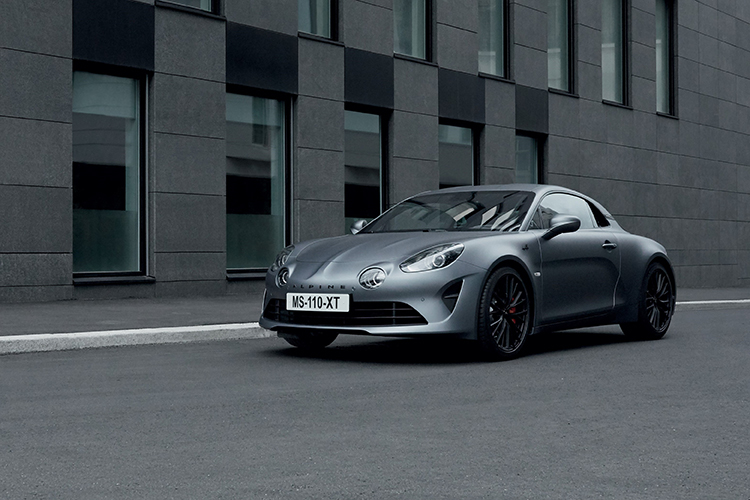 Earlier versions of the A110 were pitched very much in line with the original 1970s A110 ­ just like that classic model they’re playful and fun to drive. The A110S has a very different character. Its bespoke chassis setup makes it a very focused sports car. High­speed stability and handling precision are two of its defining characteristics. Although lap times are never a priority for our road cars, the new A110S is nonetheless faster than the A110 ‘s other versions. 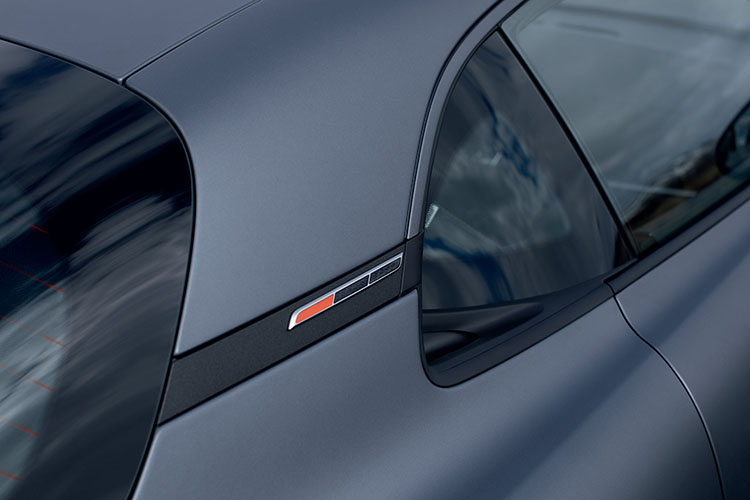 However, what’s important is that it is a comfortable and usable everyday car. The A110S wouldn’t be a true Alpine if it was very firm or too hard­ riding to be driven day­to­day. Nor does it demand a very high level of ability on the part of its driver to be fun and rewarding ­ just like our other models, the A110S can be enjoyed by drivers with any level of experience. 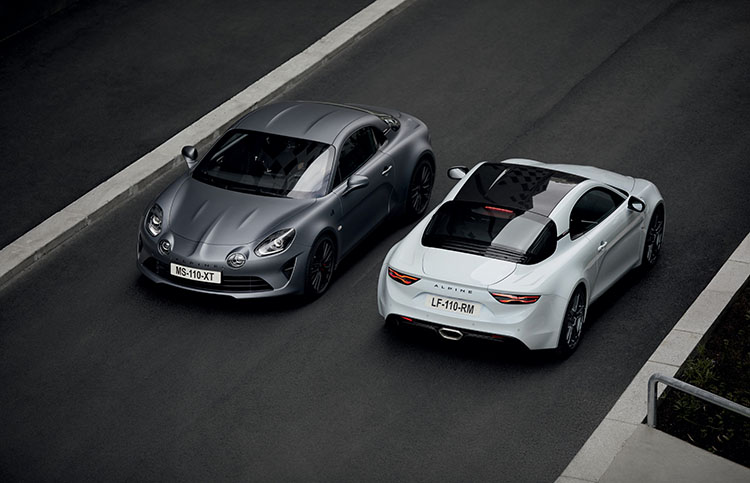 The A110S is the fourth version of Alpine’s lightweight sports car. The first version was the A110 Première Edition, which came to market in 2017 and was limited to 1,955 units globally. It was with this version that Alpine was relaunched by parent company Groupe Renault, bringing to an end a two­decade dormant period and signaling the return of one of France’s most famous sports car manufacturers.

Having sold out within five days of order books being opened, the A110 Première Edition was followed up by two further versions of the A110. Badged Pure and Légende, they are mechanically identical to the A110 Première Edition and adhere to the very same principles of lightweight engineering and compact dimensions, but with version specific interior trim, wheel designs, body paint options and standard equipment, they each offer characteristics of their own. While the A110 Pure is destined to live its life on winding mountain roads, the A110 Légende is the grand tourer of the range with effortless everyday usability pushed to the fore.