The House of Machines has revealed a revamped BMW R nineT Racer from LA Speed Shop, called “Los Angel Flyer”. When it comes to choppers and bobbers, customizer Chris Richardson is one of the most capable and recognized in the USA. The result is a custom bike full of character, inspired by the Californian Club Style and seamlessly integrated into the Soulfuel range. 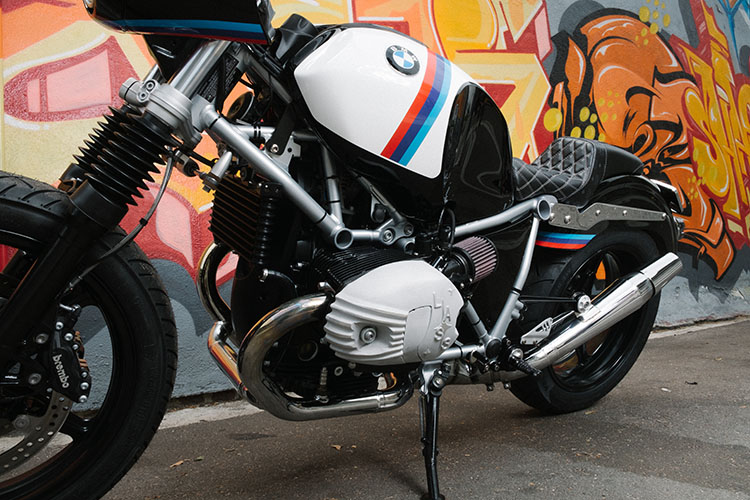 The bar is set high and the challenge is: how to make this iconic bike look better than it already does. Chris Richardson, the mastermind behind LA Speed Shop, has a very systematic approach to transforming bikes and prefers to begin with a blank canvas. Step one is therefore to dismantle the bike, so that only the frame with the engine and wheels stand before him. Taking a step back, he can see the Racer transform before his eyes as everything he wants to rebuild or change plays through his mind. 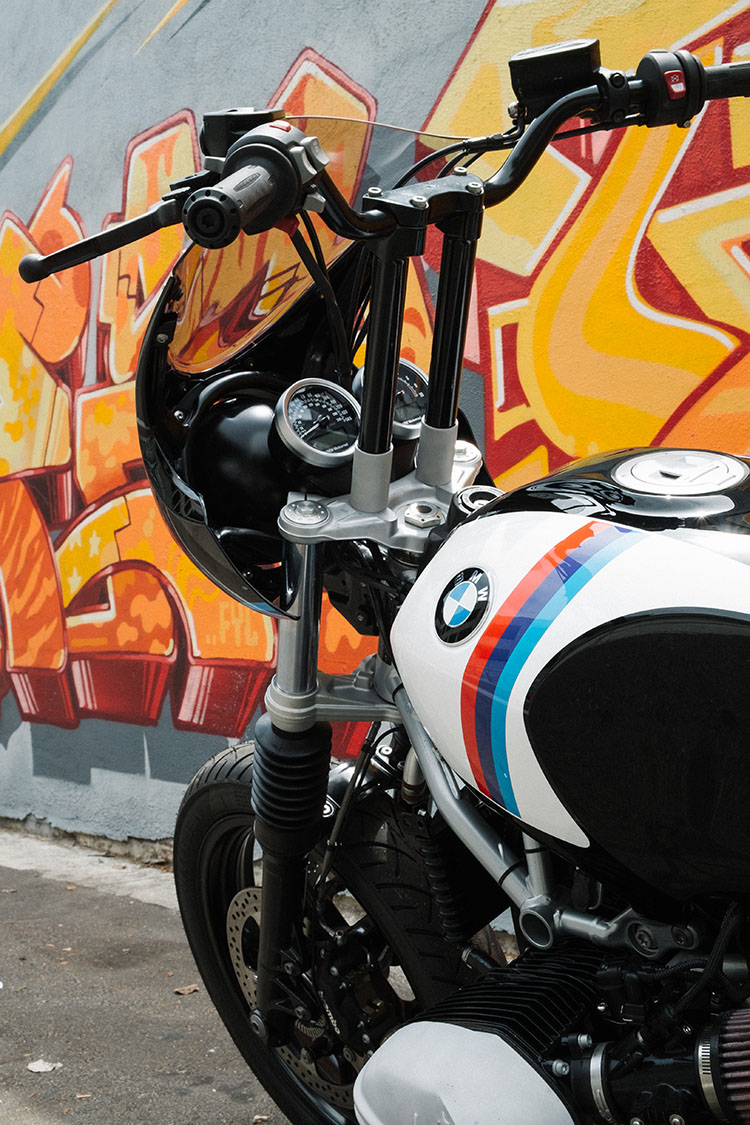 Chris is used to working on Harleys and this influence rubs off on the Bavarian two-cylinder engine. The Club Style, in particular, serves as a source of inspiration for him – characteristic features include higher handlebars, fairings and raised footrests. Certain motorcycle clubs in California have made this style popular, giving it its name. Chris is a minimalist when it comes to his creations, which are all slim and streamlined bikes. In order to achieve the final shape, the tank of the R nineT Racer must be modified and the lower part of the tank lengthened to better fit the frame line. 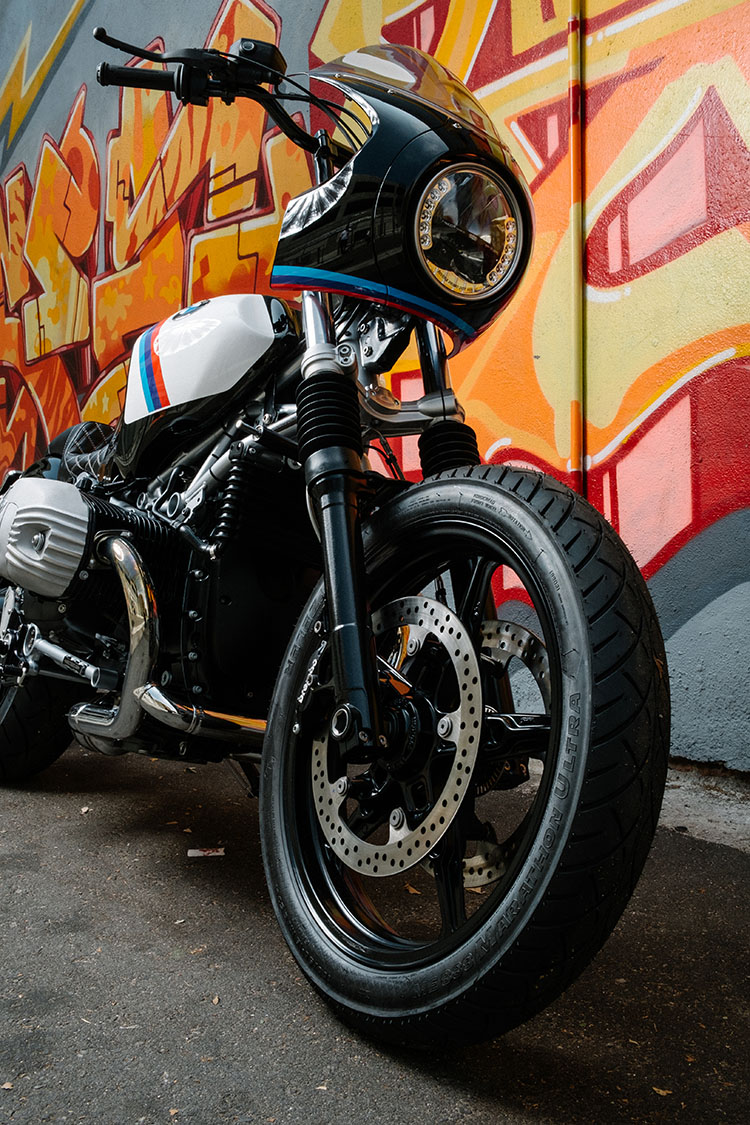 The rear of the motorcycle undergoes substantial changes and Chris gives it a unique accent, by installing the fender of a Harley Davidson, the strut for which he builds himself. The customizer also uses parts from other BMW Motorrad bikes, namely the front fork of an Urban G/S to add more length, as well as its 19-inch front wheel. The addition of a higher headlamp also significantly changes the whole look. Self-made fiberglass fairing parts underline the new look of the Club Style bike, as does the seat shell from JP Custom Seats. 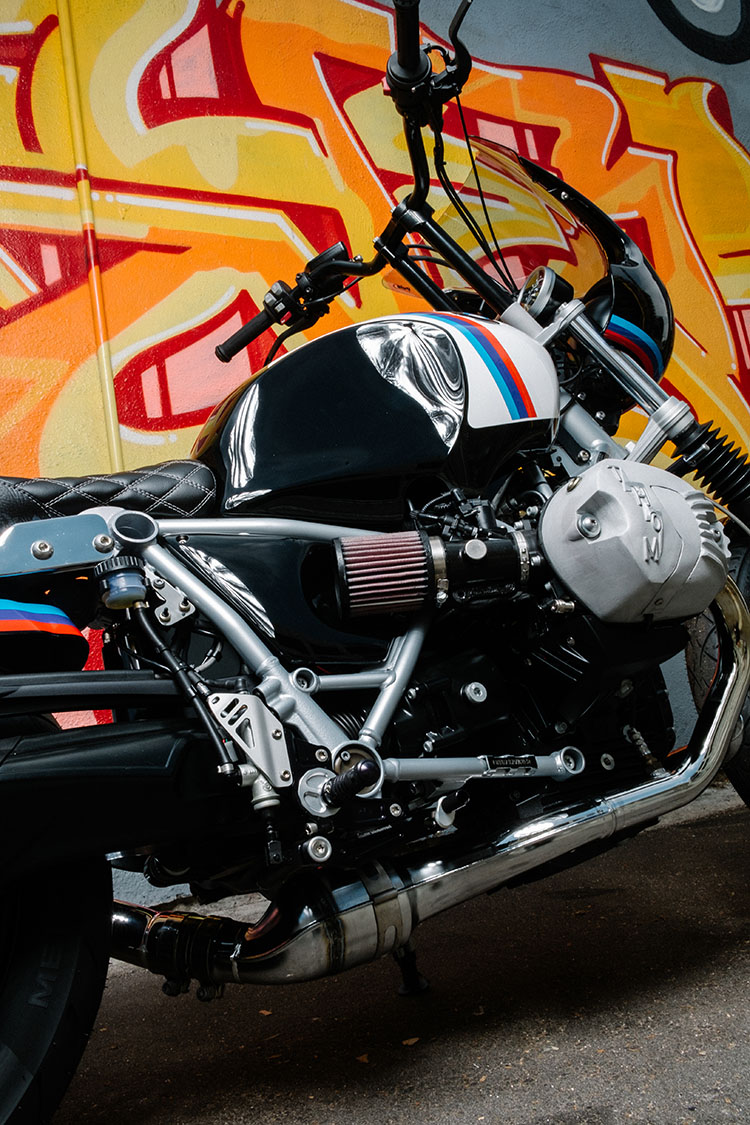 For this conversion, Chris dares to try something new and takes a different direction. “This project means a lot to me because it forced me to step out of my comfort zone. I usually do traditional customizing for Harleys, so I’m very grateful to have been given the opportunity to rebuild a BMW motorcycle,” says the enthusiastic LA mechanic, who thinks very highly of Soulfuel Bikes. “As a customizer, I have the unique chance to create my own interpretation of the R nineT Racer. And the conversion has given me a new perspective on other motorcycle manufacturers.” 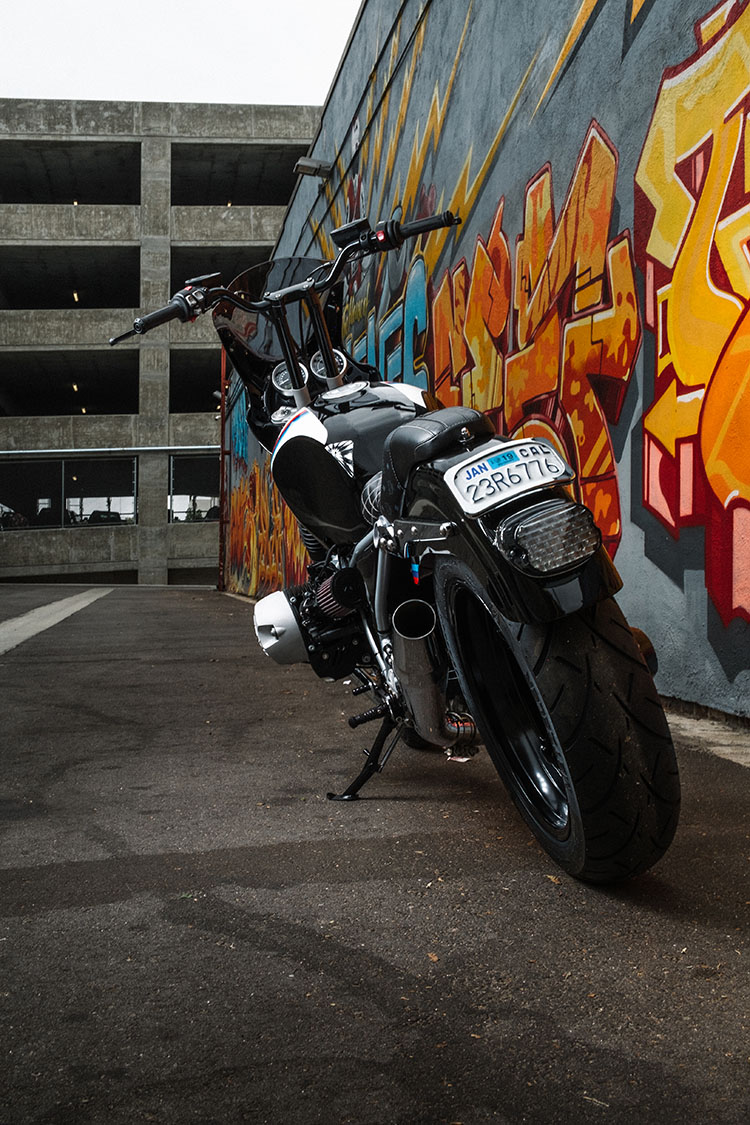 Chris makes no secret of the fact that he prefers to be in his workshop, sometimes spending 12 or 13 hours at a time there. He doesn’t have any employees, he does all the work himself. Chris makes parts and takes care of the entire mechanics of the engine – he is both a customizer and a repair shop.

Starting from a young age, he learned his skills from his grandfather and father and spent a lot of time repairing cars, enduros and other bikes in the family garage. He finally decided to take the plunge and start his own company, customizing vintage cars and motorcycles. The risk paid off and Chris has made a name for himself doing what he loves best. “It’s not about rushing through tasks, ticking off a project and moving on,” he says. With each order, Chris develops a special relationship to his rebuilds.