The Porsche 911 is among the most iconic and collectible automobiles to ever grace the highway, and Emory Motorsports has unveiled a fully custom 911: the Emory Outlaw 911K. Third-generation car customizer and world-renowned Porsche 356 expert Rod Emory has compiled a lifetime of automotive experience to develop this stunning creation. 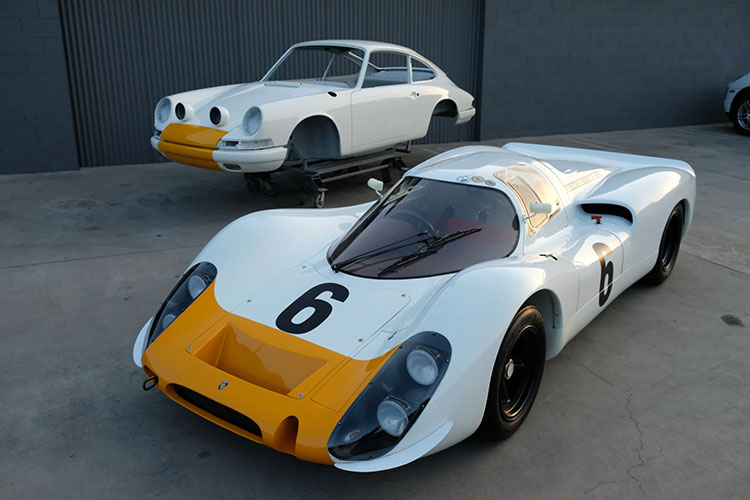 Every aspect of the car is built for agility and the essential design language of Porsche’s early works prototypes and 911s are retained as an echo of Porsche Motorsports’ competition vehicles from 1960s. This is a unique and purposeful combination of mechanical parts and a sleek bullet-shaped body which produce the perfect track and rally weapon. 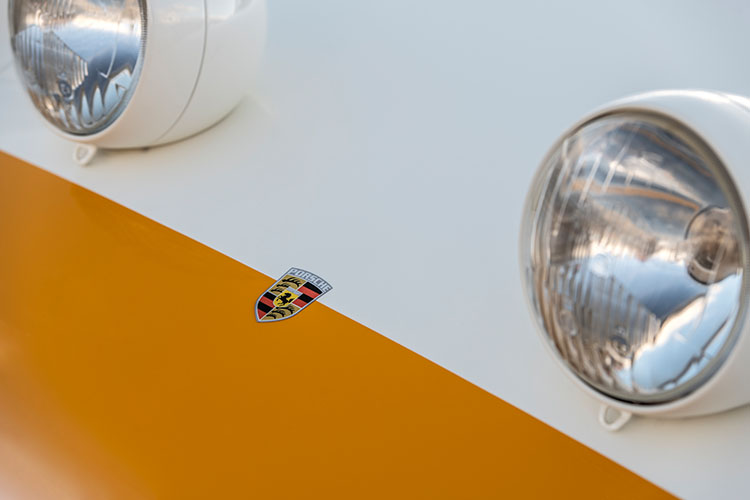 “This slab-sided Emory Outlaw 911K is unique,” Rod Emory says. “We specialize in 356s, and we did this 1968 911 SWB as a one-time commission for a special client. The inspiration for this car comes from Porsche 908-010, a K-bodied sports prototype once piloted by Vic Elford. The design cues and livery from that car lend themselves beautifully to this build.” 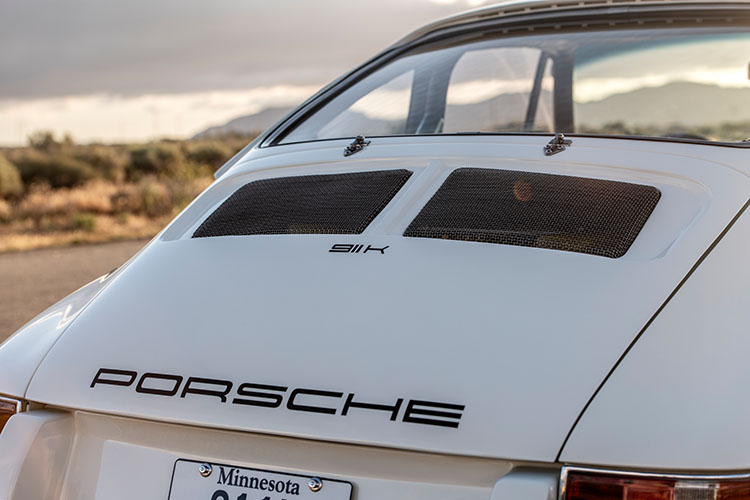 This 1968 908 was one of the first closed-cockpit works prototype cars. It is also believed to be one of only five that still exist, and was also one of the five that initially received the short-tail (“Kurzheck”) bodywork. Porsche collector Cameron Healey occasionally campaigned the car in vintage races from 2006-2016, entrusting its care to Emory Motorsports. When the opportunity came for Rod Emory to restyle another 911, he used it as inspiration for the “911K,” which has many understated and purpose-driven details for Porsche aficionados who think they’ve seen everything. 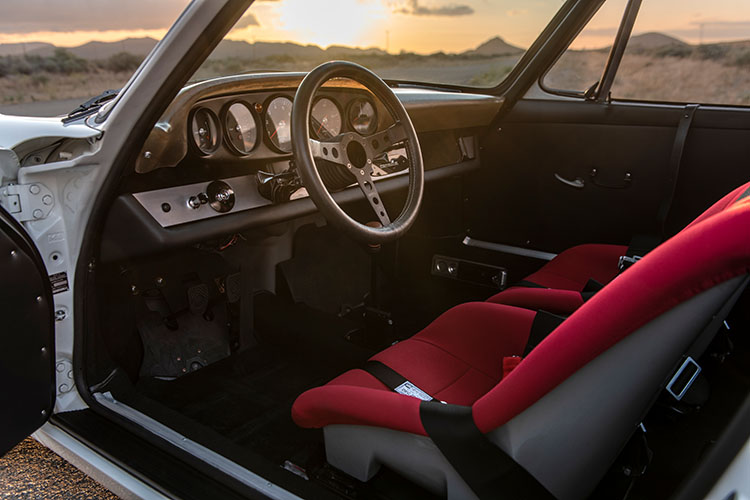 The 911K acknowledges its motorsports brethren with distinct cues such as the amber fiberglass dashcap, Porsche Light Ivory paint with signal-yellow accent and hand-painted Mobil Pegasus for that authentic touch. Air horns and auxiliary lights define the car’s rally stance from the front. Other body modifications include mesh intake guards, a twin-grille decklid, R-style deck lid hinges and R-style bumpers. 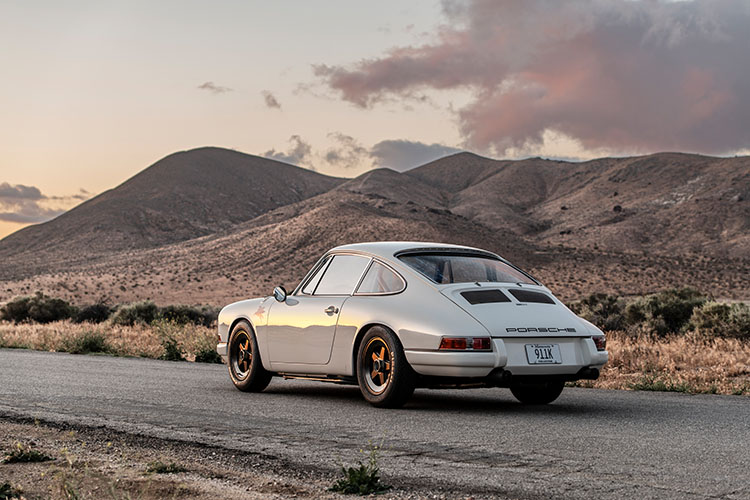 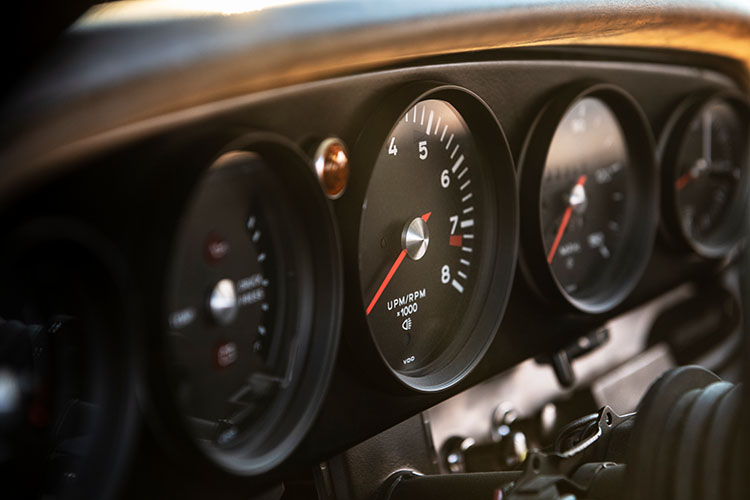 Power for the 911K comes from a later 2.5-liter twin-plug 911 engine. The hot-rodded six-cylinder powerplant produces 190 horsepower with the help of an MSD brain, Weber 40 IDA 3C carburetors, and 908-style cookie-cutter megaphones. Other details include a 935 “flat” cooling fan and shroud, hand-laid amber fiberglass airboxes, and a full-flow oil system with remote filter and cooler. A Fuel Safe fuel cell with through-fender competition filler feeds the engine. 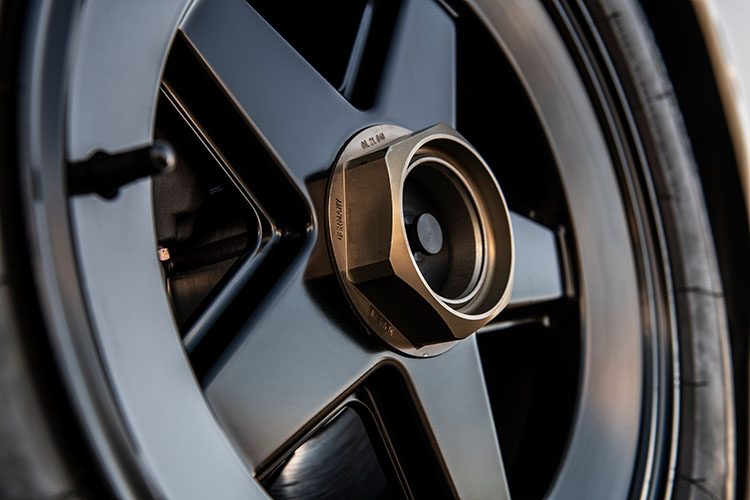 To counter the impressive engine, Emory Motorsports upgraded the brakes with 911 S alloy calipers with custom rotors and hats. Grip is courtesy of the Pirelli CN36 tires on custom 15×7 908-inspired 5-spoke wheels by 1552 rotating on Porsche 935 Carrera centerlock hubs. The suspension was chosen with track days in mind: 3-way fully adjustable KW coil-over gas shocks that provide great drivability in a variety of conditions. 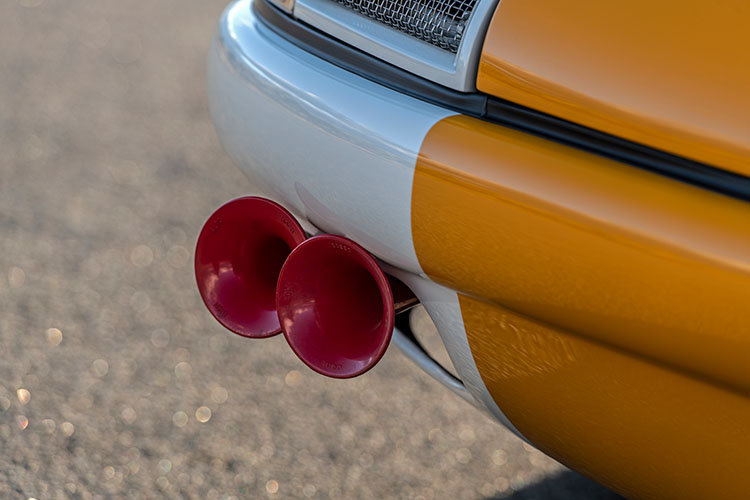 In all, Rod Emory pulled inspiration and design influences from key Porsche models to create the 911K, but the overall effect is restrained and tasteful. Attention to detail and fabrication mastery define all Emory builds, whether they be 356 or 911. This Emory Outlaw is exceptional on many levels and made its debut at Luftgekühlt 6, where it was named “Favorite 911” of by many attendees.