The BMW Motorrad F 850 GS conversion from Krautmotors is the unconventional transformation of an adventure bike into a work of art. “Bauhaus 100” bursts with creativity with its combination of retro vibes and distinctive modern elements. Due to its minimalistic yet striking features, it is anything but ordinary.

The “Staatliches Bauhaus”, commonly known as the Bauhaus, was a German art school that combined crafts and the fine arts, and became famous for its approach to design. The Bauhaus movement later became one of the most influential currents in modern design. Still today it remains a symbol for architecture, graphic, interior and industrial design, as well as typography. The 100-year anniversary marks an important milestone and many artists have commemorated the movement with new works inspired by the style. 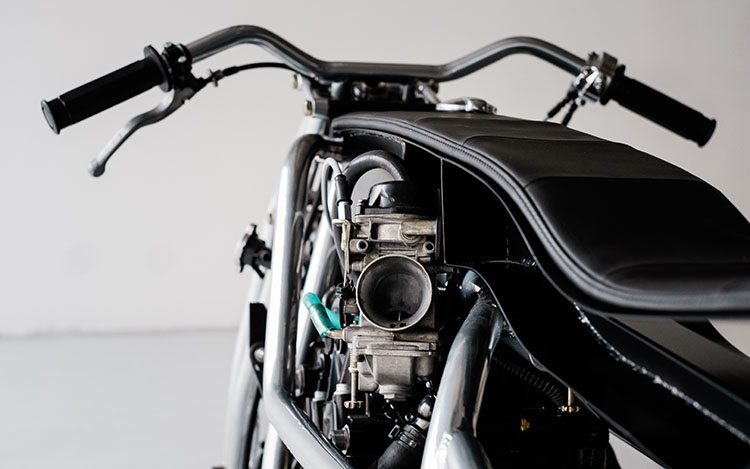 The “Bauhaus 100” is one such creation. Rolf Reick from Krautmotors chose to honor the centennial with a slim custom build – for which the engine of the BMW F 850 GS, slimmer and lighter than a boxer, is perfect. “Such a project comes only once every 100 years, so to build something as a designer in recognition of Bauhaus is a great honor,” emphasizes Rolf. 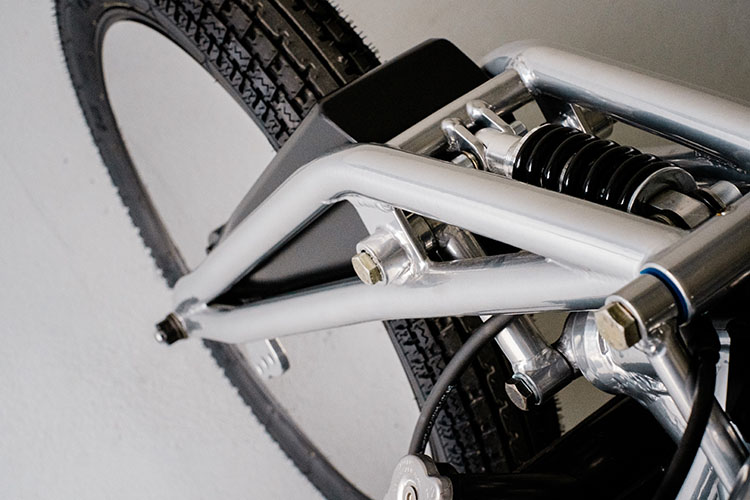 The bike took roughly half a year to complete, with the first conceptual sketches done at Christmas, the official build starting in January and completion in July. Rolf begins with sketches on paper, which he then digitally renders before laying hands on the motorcycle. His approach varies from project to project. “At the end of the day, the gut detrmines where the project is going to go and the head has to deal with the problems… But the two work quite well together,” Rolf elaborates on his creative process. 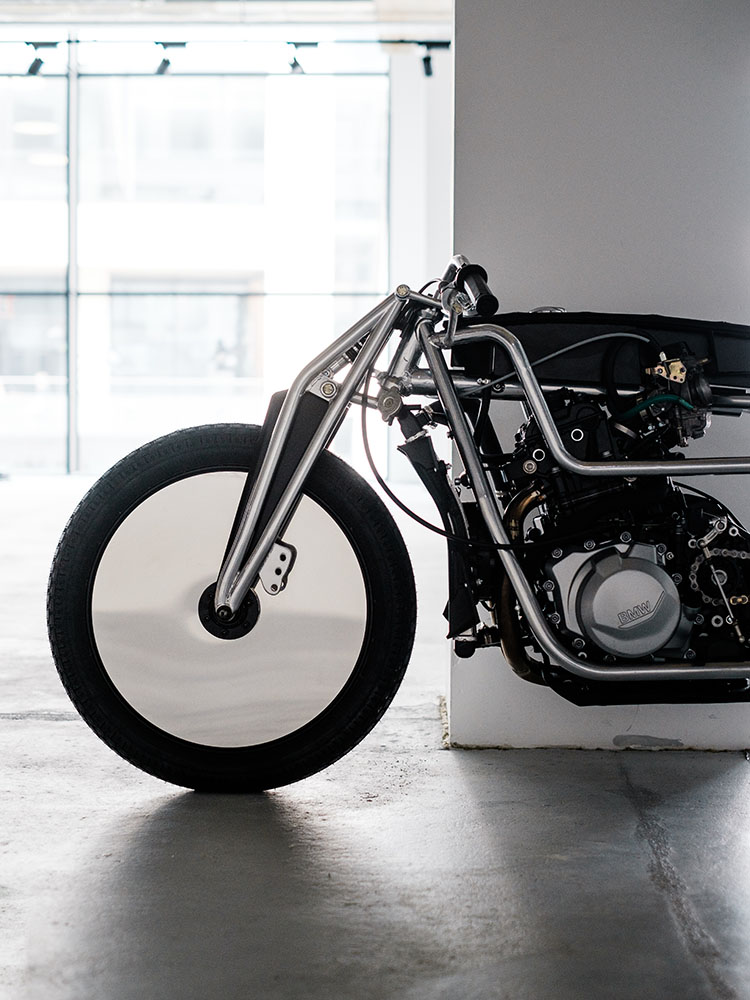 The graduate product designer and head of a private school for product design and multimedia runs the Krautmotors workshop in Heidelberg. Rolf’s custom bikes are a regular topic of conversation. He was awarded most beautiful café racer in 1996; his BMW Bobber was named German custom bike of the year by the motorcycle magazine “Mo” in 2003; and he was the first customizer ever to convert an e-scooter in 2017. His sensational BMW C evolution conversion “E-LisaBad” a cheeky homage to his grandmother, was last on display at the Petersen Museum in Los Angeles.

“My style is hopefully not to have a distinct style, but rather to create something defiant, rough, unfinished even. I think my design is known for not fitting into a particular niche,” Rolf reflects on his past creations. 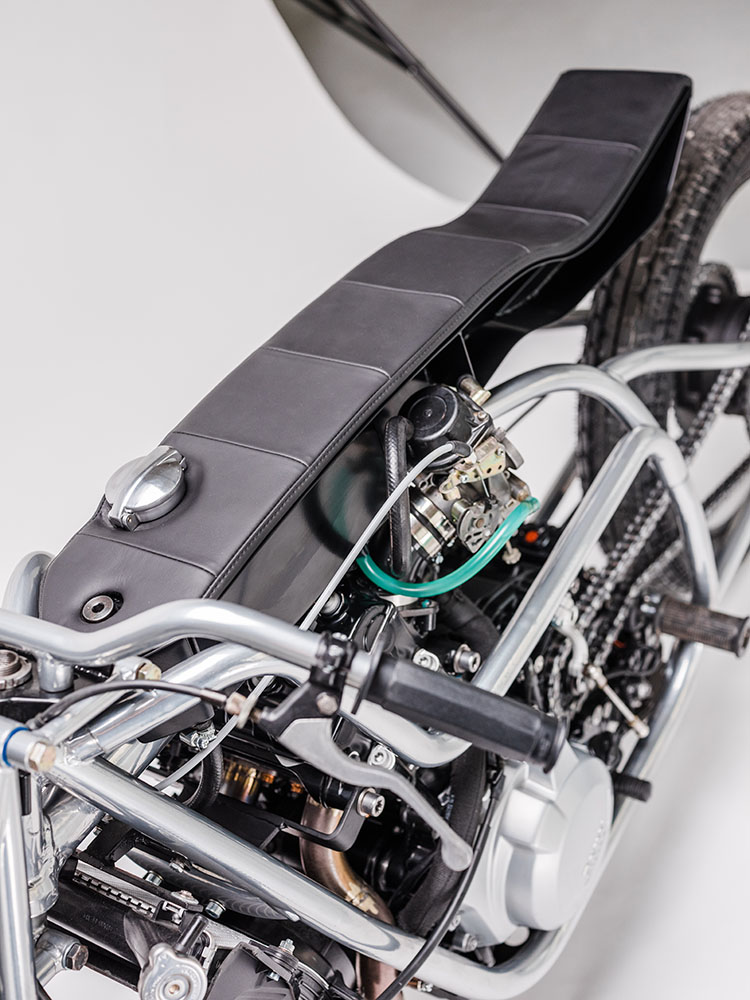 In the R nineT /5, BMW Motorrad rekindles the tradition and flair of the BMW /5 models. In doing so, the roadster combines the classic retro charm of its historic archetype with innovative modern technology – now as then with the longitudinally installed air-cooled 2-cylinder boxer engine – now established for more than nine decades – and with power transmission via universal-shaft drive. Like no other motorcycle engine, it enthralls riders with its unmistakably authentic design, its powerful torque and its unique, throaty sound. 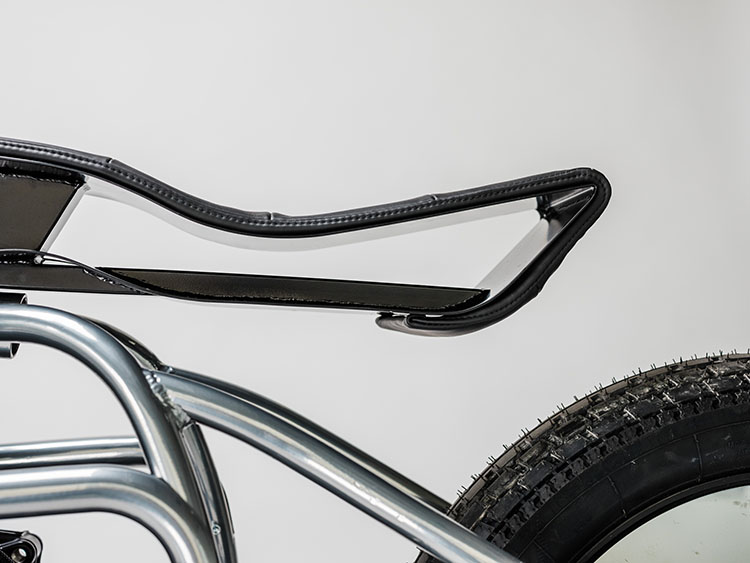 Rolf is the mastermind behind Krautmotors, and as such, predominantly works alone, self-building most parts. For the “Bauhaus 100”, he custom-built the fork, tank, exhaust and seat and completely modified an R60/6 frame, stretching and widening it to reference the classic “Lounge Chair” from Marcel Breuer, who was a student at the Bauhaus from 1923-1928.

Jochen Lehmann, also known as the “Tin Fairy”, finalized the welding work to Rolf’s designs. The master coachbuilder from Malsch in Baden-Württemberg specializes in handmade custom designs. Christoph Liepelt and Marco Rose from BMW Motorrad supported the build with the cable harness. 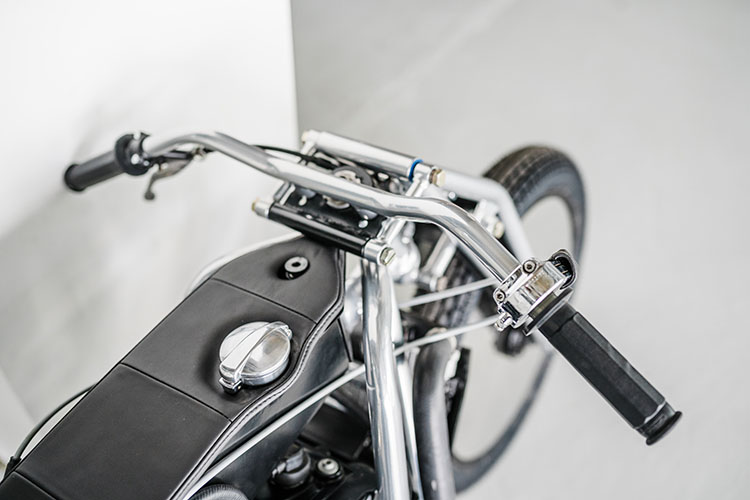 Rolf does not shy away from scrapping things that aren’t working and wholeheartedly embraces the motto of ‘killing your darlings’. “As always with such projects, you cannot get too attached,” says Rolf. “No matter if you’ve worked on it for one week or one month, if it doesn’t work, you have to get rid of it and start over.” Being a customizer is Rolf’s calling, as it is the ideal combination of craftsmanship, design and artistic freedom. “Unlike in design, you don’t have to justify every decision, you can simply go with your gut. And since I enjoy working with motorcycles, I rebuild them. That’s what makes Krautmotors stand out: it doesn’t have to answer to anyone.” 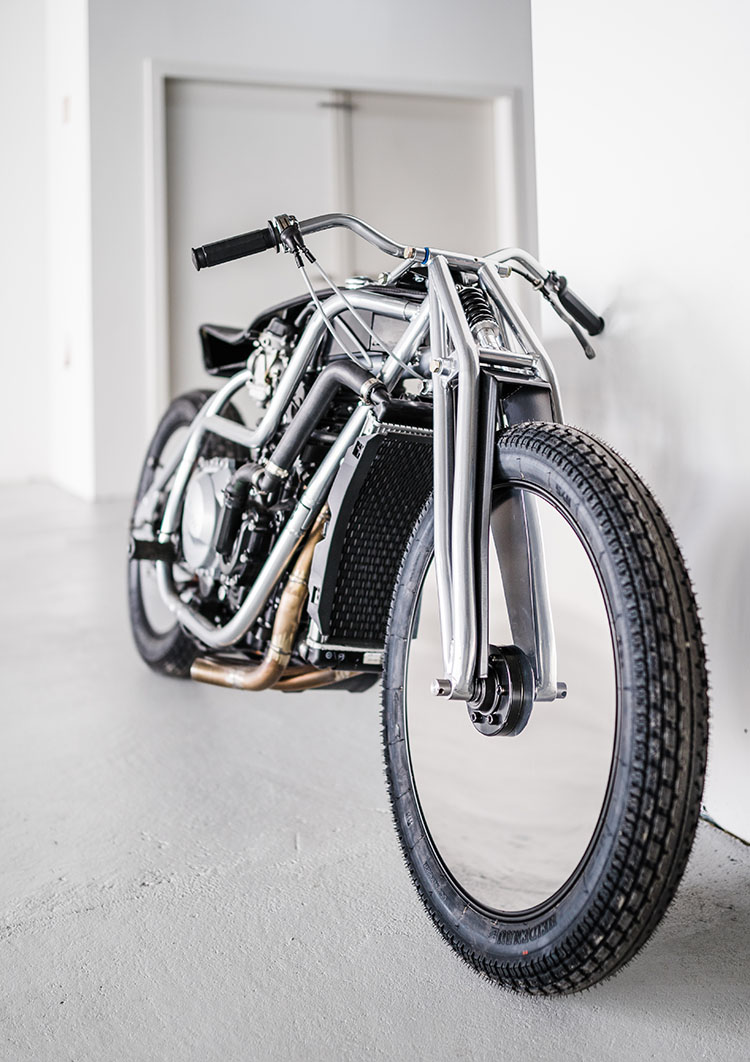 The bike, though fully functional, is primarily designed as an exhibition vehicle. Rolf’s passion for racing, however, means that the “Bauhaus 100” will make its racing debut at the StarrWars race, a pure acceleration competition, and at the Starr dirt, the oval sand track at the “Neudeutsch Flat Track”.

The “Bauhaus 100” made its debut appearance at the BMW Motorrad Days in Garmisch-Partenkirchen, which took place from July 5th -7th.