Exactly 50 years on from the debut of the last spider in the Ferrari range to sport a front-mounted V12, the 812 GTS hails a triumphant return for a model type that has played a pivotal role in the marque’s history since its foundation.

The Ferrari V12 spider story features many iconic models and began in 1948 with the 166 MM, an authentic thoroughbred competition GT that won the two most prestigious endurance races in the world in 1949: the Mille Miglia and the 24 Hours of Le Mans.

The last in that long lineage was the 1969 365 GTS4, also known as the Daytona Spider because of Ferrari’s legendary victory in the 1967 24 Hours of Daytona when two works 330 P4s and the NART-entered 412 P took the chequered flag side-by-side to occupy the top three places.

The front-mounted V12 architecture has not been used in a Ferrari series-production spider since the 365 GTS4. That said, four special series limited editions have been launched: the 550 Barchetta Pininfarina in 2000, the Superamerica in 2005, the SA Aperta in 2010 and, most recently, the F60 America of which just 10 were built to celebrate Ferrari’s 60th year on the American market in 2014.

Like its historic predecessors, the 812 GTS sets a new benchmark in terms of performance and exclusivity. Sporting Ferrari’s majestic 800 cv V12, it is not merely the most powerful production spider on the market, but also the most versatile, thanks to its retractable hard top, a unique feature in this segment which also guarantees a larger boot capacity. 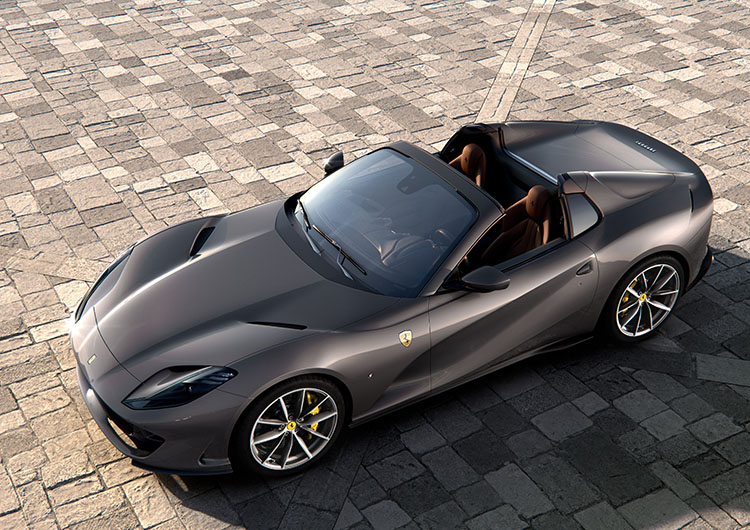 The retractable hard top, which opens in just 14 seconds at speeds of up to 45 km/h (27 mph), does not impinge upon the interior dimensions, thus maintaining the donor car’s roomy cockpit. The electric rear screen, which acts as a wind-stop, makes the car truly useable with the top down while, with the top up, it can be left open to allow occupants to continue to luxuriate in the naturally-aspirated V12’s unique soundtrack. 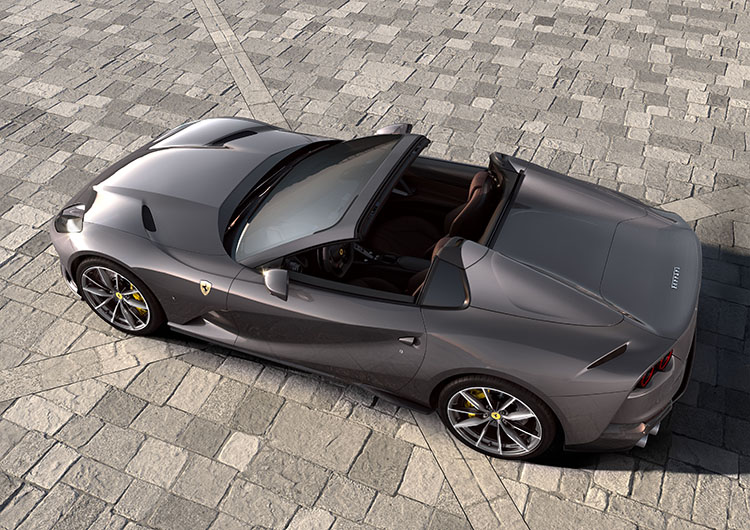 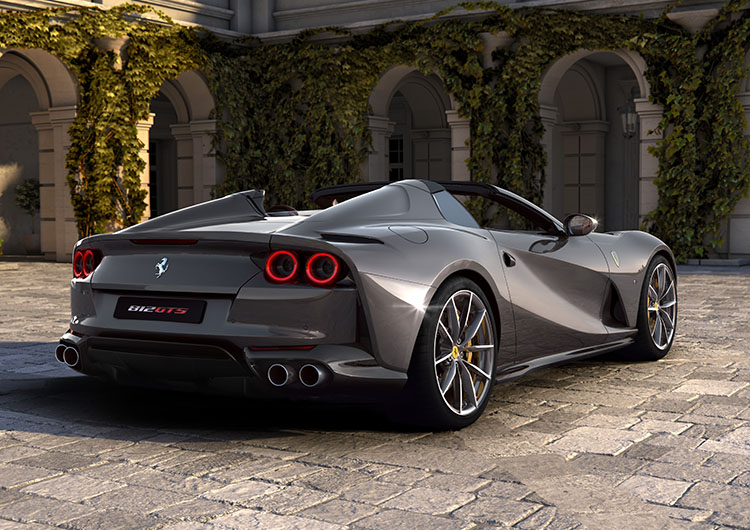 Designed on the 812 Superfast, the 812 GTS echoes the formal language and proportions of Ferrari’s front-engined V12 without altering either its exterior dimensions or interior space and comfort, so it represents the perfect marriage of sportiness and elegance. From the side view the 812 GTS has a fastback sleekness: a two-box design with a high tail reminiscent of the glorious 365 GTB4 (Daytona) of 1968.

The draped design of the flanks visually shortens the tail and is characterised by sharply slanted crease lines and impressively muscular wheelarches that imbue it with the power and aggression warranted by its imposing V12. 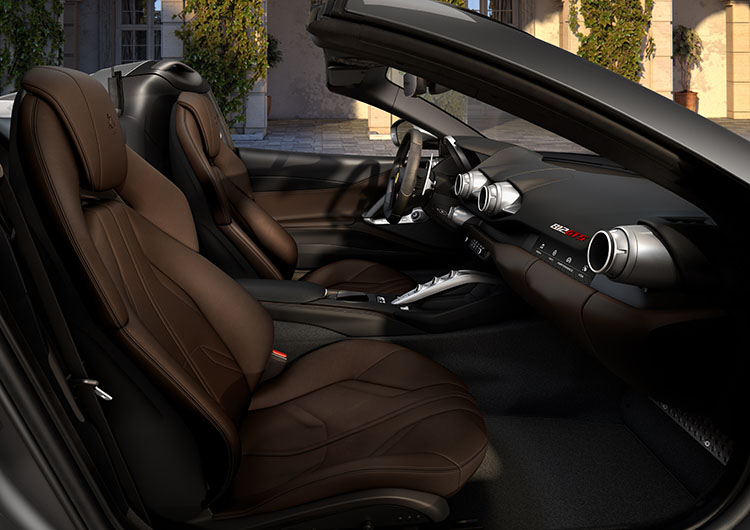 On the spider version of the 812 Superfast, the entire rear of the car – roof, tonneau cover and luggage compartment – has been redesigned. The idea was to lend the car a new blend of sleekness and balance, thanks to two buttresses beneath which the roof movement mechanism is stowed. The buttresses were designed to visually embody a sense of forward thrust and lend the side windows a signature look that would set the spider apart from the berlinetta. When the top is dropped, the roof panels disappear beneath the aforementioned tonneau cover. 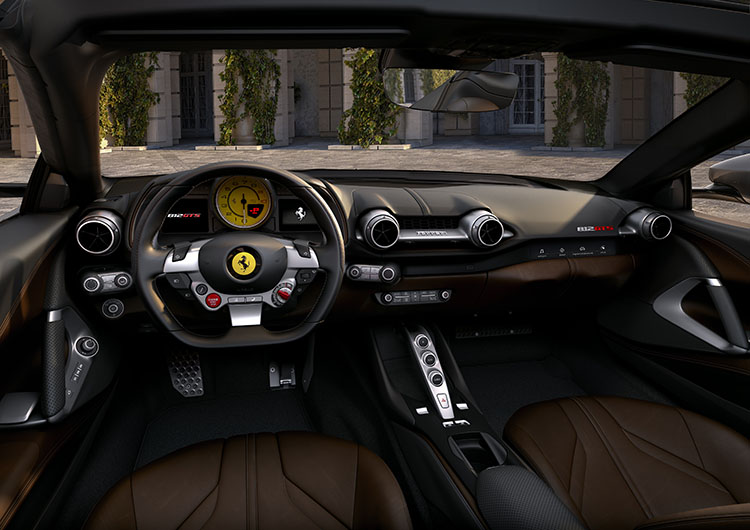 From a stylistic perspective, the rear wheelarch has lost the 812 Superfast’s characteristic aerodynamic by-pass. The absence of this duct has been compensated for, however, by reconfiguring the rear diffuser which now has an additional flap.