Microsoft has revealed the design of the Surface Duo, a dual-screen Android folding phone, which can be closed like many 2-in-1 laptops, thanks to a 360-degree hinge.

The Android world already has Samsung’s Galaxy Fold or Huawei Mate X, and the Surface Duo works similarly, opening like a book. Microsoft’s version reveals not a bendable OLED display, however, but rather two displays that can be unfolded to create a small tablet device, which uses Google’s Android instead of Microsoft Windows. The Surface Duo has two 5.6-inch displays that fold out into an 8.3-inch overall screen, and it’s just 4.8mm thin. And, yes, it makes phone calls. 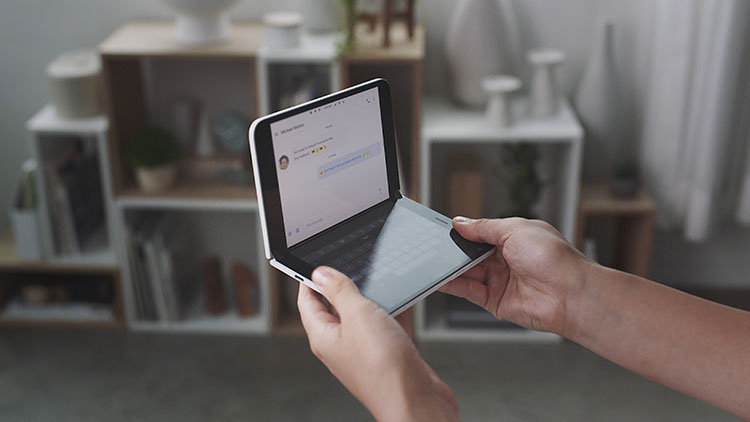 Both screens can run different apps simultaneously, allowing the user to make calls while running a note-taking app, for example. “We know, scientifically, that you will be more productive on two screens,” said Microsoft’s chief product officer Panos Panay.

The phone can be switched into landscape mode and used as a keyboard and screen setup, like a laptop, or as a games controller. 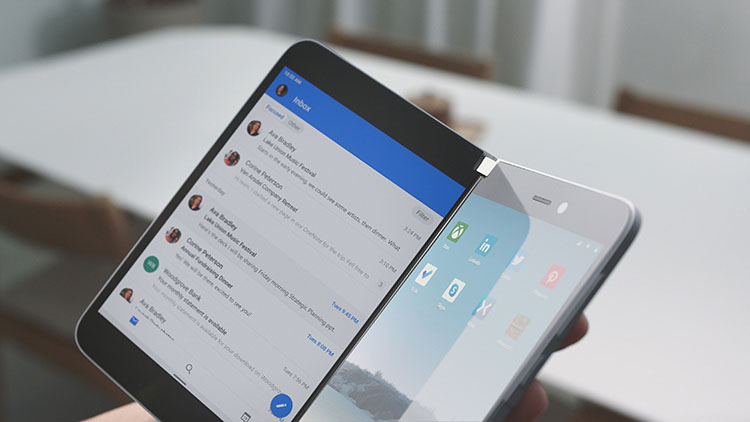 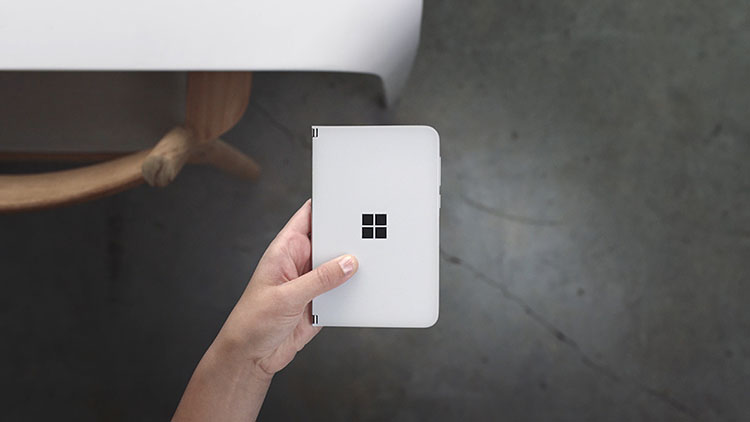 The Surface Duo, which will be available to buy in late 2020, was unveiled alongside Surface Earbuds to rival competitor products like AirPods. The new earbuds feature one-click pairing with other Microsoft products, as well as a variety of touch, gesture and voice-enabled command capabilities. 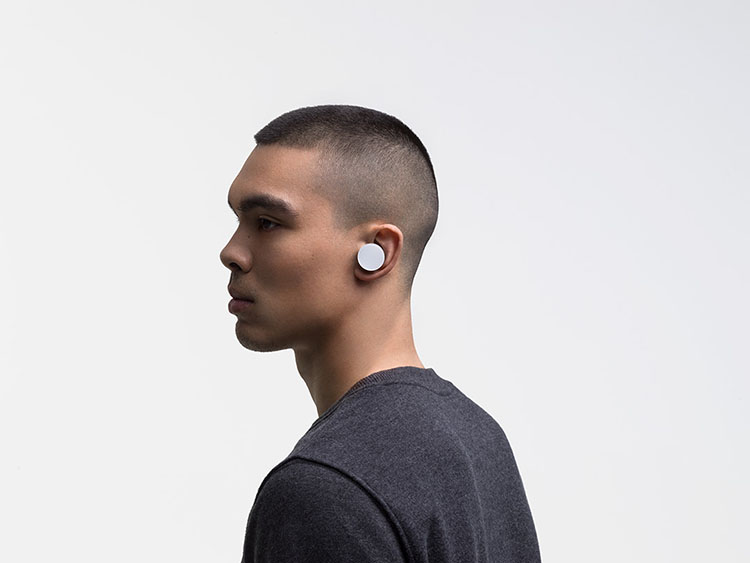 Through a Microsoft Office 365 integration feature, users are able to do tasks like move through slides in PowerPoint and listen and respond to emails via the earbuds. They also offer Spotify integration for Android users. A powerful accompanying charging case can give the earbuds an approximate extra 24 hours of battery life. Upon release, the Microsoft Surface Earbuds will sell for a starting price of $249 USD.