Boilers mostly start malfunctioning during the chilly winter months. It is because they boilers remain inactive for long periods, and when they are forced back into life, it exerts sudden considerable strain on the central heating system to heat your home during the winter.

Some of the boiler problems can be resolved by yourself without the intervention of experts. However, for the more complicated ones, you will need to hire the services of competent and experienced boiler repair Wigan.

We have laid down some of the common problems, but if you have any doubt, you must seek the help of professionals and reputed engineers.

Possible reasons for no hot water from the boiler includes broken diaphragms and airlocks, issues with the thermostat, failure of motorized valves, or low water levels. To start with, check if the problem lies with boiler pressure or your thermostat or not.

In case you think there’s some problem with the diaphragm or valve, you will need to replace it with a new one. For changing, it is better to call certified engineers as it may be risky to do it yourself.

Leaks from the boiler

Leakage can be due to too various reasons depending on where the water is leaking. However, trying to mend a leakage yourself can cause further damage to the boiler!

Leaking around the pipes or tanks can be due to corrosion or also when the system has not been fitted correctly. 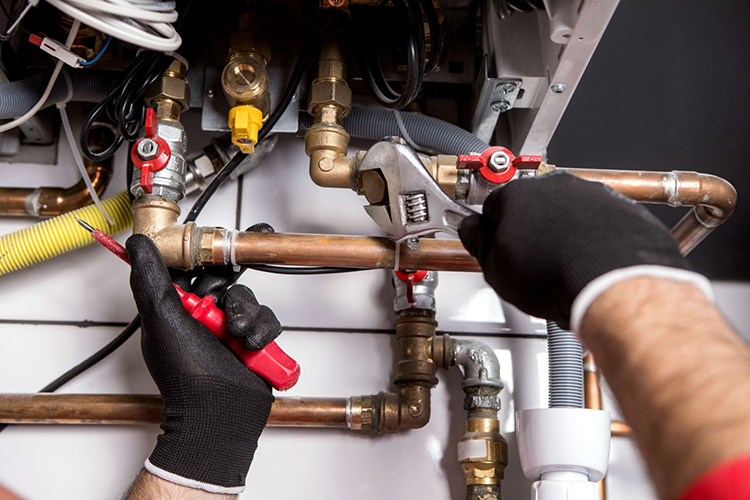 Does any weird rumbling sound somewhat like a kettle boiling come from the boiler? It can be due to the build-up of limescale or muck in the boiler’s heat exchanger. These deposits can obstruct the flow of water in the heat exchanger. Thus, causing the water to get overheated, and the boiling, in turn, causes the kettle-like sounds.

This sound is a common problem in areas with a supply of hard water. It is very harmful to the boiler, and it also increases your utility bills by causing your boiler to work harder. In case your boiler kettling, call out a gas safe registered engineer who will flush out your system and eliminate the build-up of these unwanted deposits.

If the needle of the built-in pressure gauge is below 1, it means that there’s some issue with the pressure, and the central heating system will not function properly.

Low boiler pressure can be due to various reasons like a leak in the system, need for replacing the pressure release valve, or recently bled radiators. Also, make sure to use a boiler cover to remain insured in case of an incident.

Start by checking for any visible leak in the system, and also make sure to adhere to the manual provided with the system.

A condensing boiler has a condensate pipe, i.e., a plastic pipe, which is required to transfer acidic water away from the boiler. This pipe typically runs outside into a drain, and due to its location, it often faces the risk chances of freezing during the winters.

When condensate pipe freezes, the boiler generally displays a fault code or warning sign. Try thawing the snow with a hot water bottle, or warm cloth, or by pouring hot water on the pipe. Though you can do it yourself, if the mentioned techniques do not resolve the problem, do not hesitate to contact an engineer.