By 2024, the 3D market size is expected to exceed USD 10 billion. With 3D scanning now more popular than ever before, an increasing number of businesses around the world are embracing this dynamic technology to eliminate unnecessary costs, boost productivity, and create brand new products and services.

It doesn’t matter whether you are a doctor looking for a reliable way to create prosthetics or an industrial engineer looking for an effective reverse engineering solution, 3D scanning can give you the assistance you need.

But how do scanners work? More importantly, how can a 3D laser scanner help your business achieve desired results? Keep reading to learn more.

What is 3D Scanning?

3D Laser scanning refers to the analysis of an object from the real world in order to collect all the necessary data to recreate its appearance digitally. With a 3D scanner, you can create a 3D model of an object, which then acts as the base of the 3D project you intend to develop. The model can also be beneficial in reconstructing, analyzing, or stimulating new ideas. For actually cutting from a laser scanned pattern to the finished object itself check out this Boss Laser review.

There are different scanner methods. The choice of scanning technique you opt for depends on the kind of project you’re involved in and its context. We’ll focus on some of the commonest lasing techniques in the next section.

The 3D laser scanner is the leading type of scanner for consumer use around the world. 3D laser scanning brings together two sets of information to form a point of cloud on the surface of an object. The first set of information consists of data from the laser shone on the object, while the second set consists of data from another sensor, usually a moving camera or two stationary ones.

3D scanning software helps stitch the two data sets together by using the distance between the 3D scan camera’s position and the source of the laser to generate a model’s point. To build a 3D geometry from a laser scan, detecting where the laser line falls in the images captured by the camera during scanning is essential. Typically, the laser line is the brightest pixel of an image.

As a stationary scanner can usually detect the laser line from everything else by cycling the laser on/off, thus creating a trackable difference between it and the other lights captured during the scanning process. During a 3D scan, numerous individual points are captured. The captured points are a direct representation of the texture, color, and other surface details of the scanned object.

Once the points of a captured point cloud are meshed into surfaces, it becomes a watertight digital object. The meshing process then calculates the ways in which the points relate to each other so as to join them together into surfaces.

This method of 3D capture is typically lower quality compared to using 3D laser scanners but is more cost-effective. The technique does not require lasers, projectors, or extra hardware beside a camera. Stereo vision and photogrammetry creates a 3D model with the use of the images of an object from two camera positions, imitating the stereo vision of human eyes.

During the process of stereo vision, images of the same scene are captured from two angles. The images are corrected to remove any distortion by the lens. A filter that finds the edges of objects is then applied to the images.

To produce 3D depth, one matches the pixels between the two image sets. To match points between the images, one needs to rely on texture variation to find edges and distinguish features. Unfortunately, this can prove problematic when the surfaces in a scene don’t have a contract that’s high enough or appear too much alike.

The purpose of photogrammetry is to add more camera positions to the regular stereo vision routine, hence making it a more 3D digitizer. Typically, photogrammetry involves multiple cameras that surround the scan object. 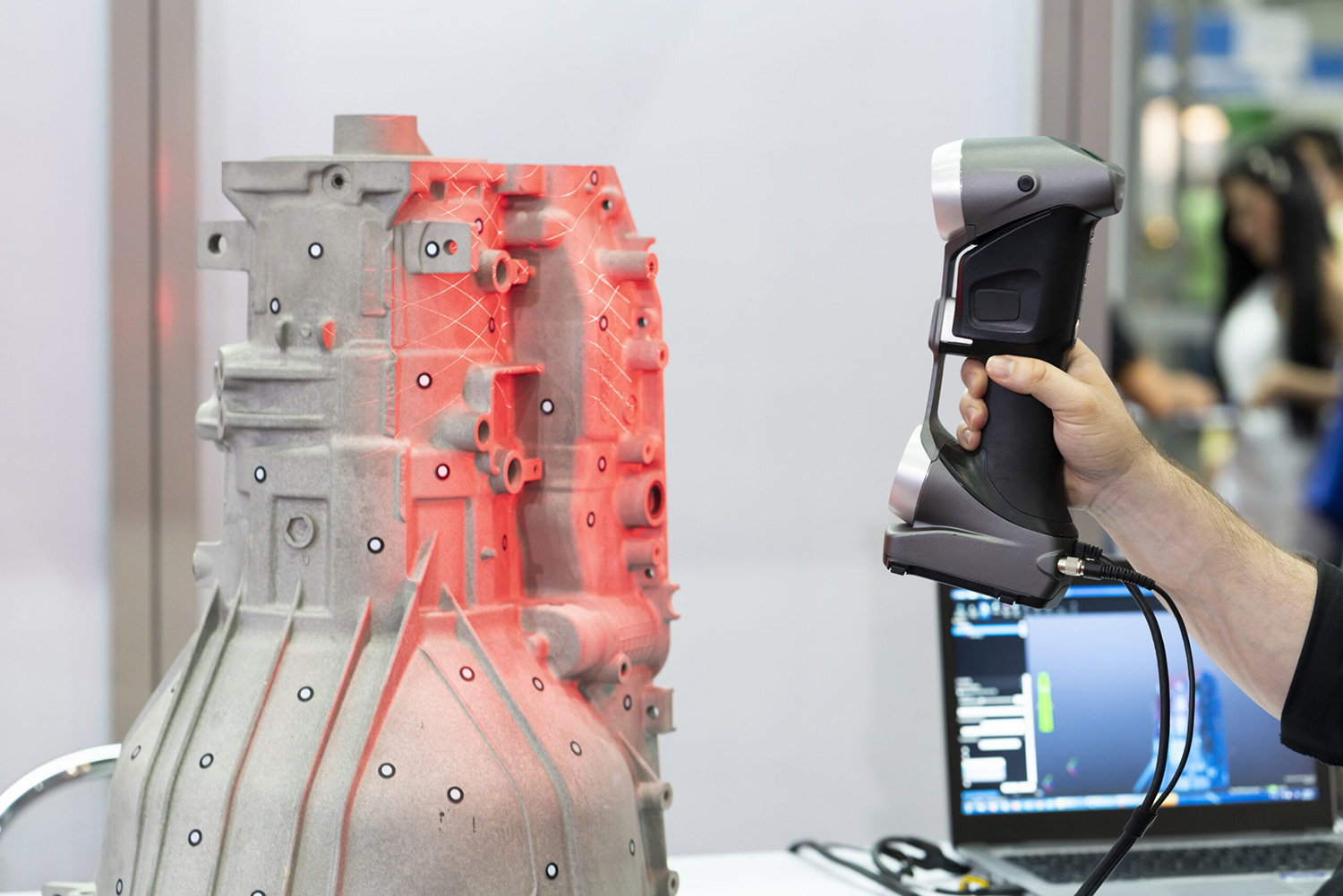 In the structured light scanning technique, there’s less dependence on texture variation to acquire a high-quality 3D scan. Instead of using one of the camera positions used in laser scanning and stereo vision, a projector that projects different light positions is used instead. The projector projects different light patterns onto an object, providing its own texture onto an object’s surface.

Using the known camera position and information from the light patterns that hit the surface of the object, it is possible to create model points. For this method to be effective, a one-to-one relationship between the project and camera’s pixels is necessary.

This scanning technique produces a 3D model to scan the amount of time it takes for a laser’s beam to reach an object and bounce back to the source of the laser. This is possible because of the known value of the speed of light.

The time of flight technique is widely applied in 3D cameras or range imaging camera systems. Due to the high sophistication of this technology, it can prove expensive and is thus usually reserved for scanning buildings and large environments.

There You Have It! A Guide on How 3D Laser Scanners Work

Laser scanning has gained wide popularity in many industries, and it’s easy to see why. Not only does the process save time in the design stage of products, but it also makes the prototype process much simpler. Further, a 3D laser scanner is so accurate that it’s the preferred tool in many major world museums when it comes to preserving some of the most famous artifacts from different cultures.

The ability of scanning techniques when it comes to the comparison of the designs of manufactured products is also without question. This is just one of the many reasons that the future of 3D scanning seems nothing but bright.