At CES 2020 in Las Vegas, Bosch has unveiled a car visor that uses a transparent LCD screen and Artificial Intelligence to block out glare without obscuring the driver’s view of the road. The sun causes twice as many car accidents as any other weather-related condition due to temporary blindness. The National Highway Traffic Safety Administration reports thousands of sun glare-related car accidents each year, and another study indicates the risk of a car crash is 16 percent higher during bright sunlight than normal weather. The traditional sun visor is not equipped to adequately address this safety concern. At best, it blocks some of the sun from your eyes but along with it, some of your view is blocked as well. 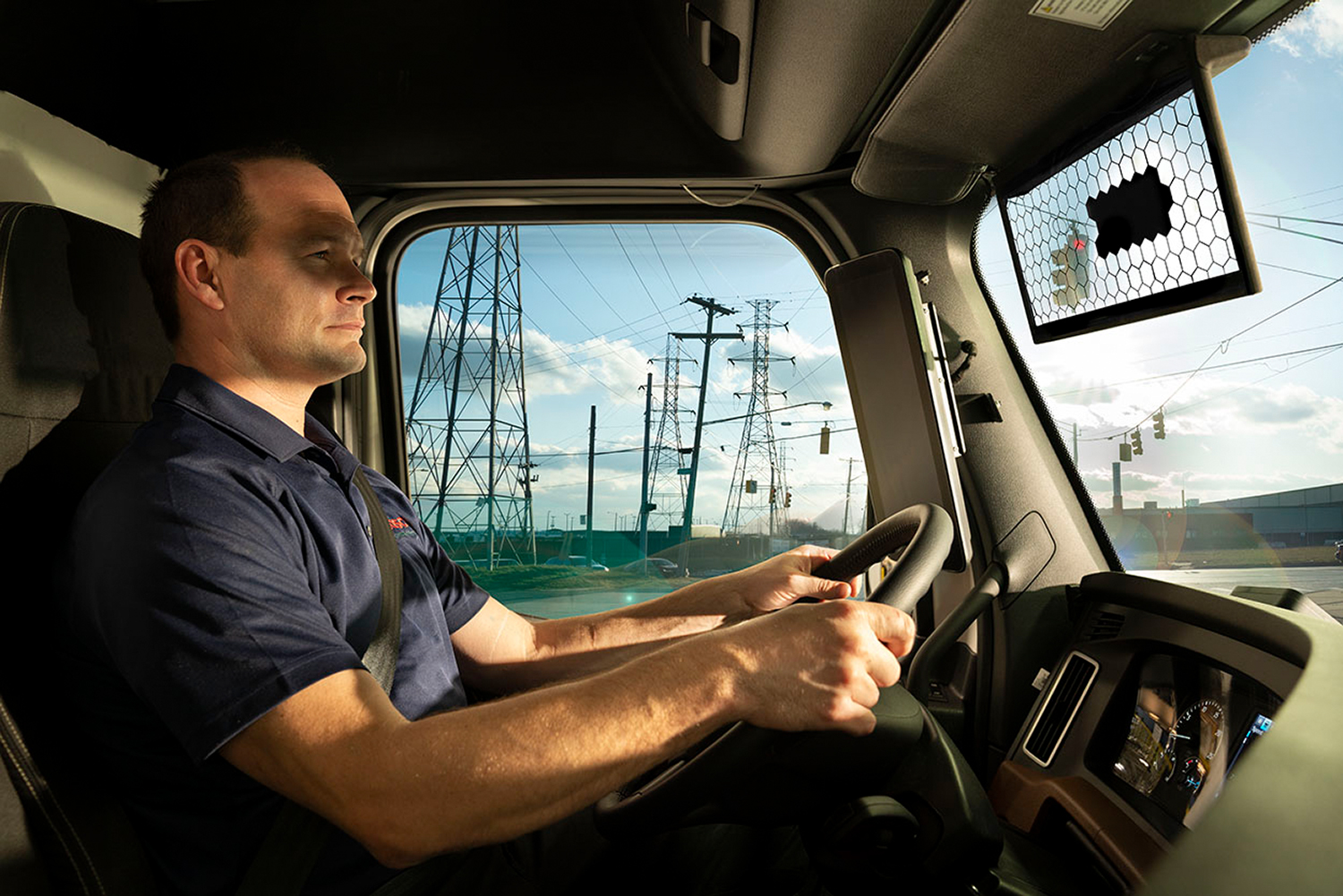 The new Bosch Virtual Visor, which was honored as a Best of Innovation in the CES 2020 innovation awards, utilizes a transparent LCD and intuitive camera, which replaces the traditional vehicle sun visor completely. As the first reimagined visor in nearly a century, Bosch’s technology utilizes intelligent algorithms to intuitively block the sun’s glare and not the view of the road ahead.

“For most drivers around the world, the visor component as we know it is not enough to avoid hazardous sun glare – especially at dawn and dusk when the sun can greatly decrease drivers’ vision,” said Dr. Steffen Berns, president of Bosch Car Multimedia. “Some of the simplest innovations make the greatest impact, and Virtual Visor changes the way drivers see the road.” 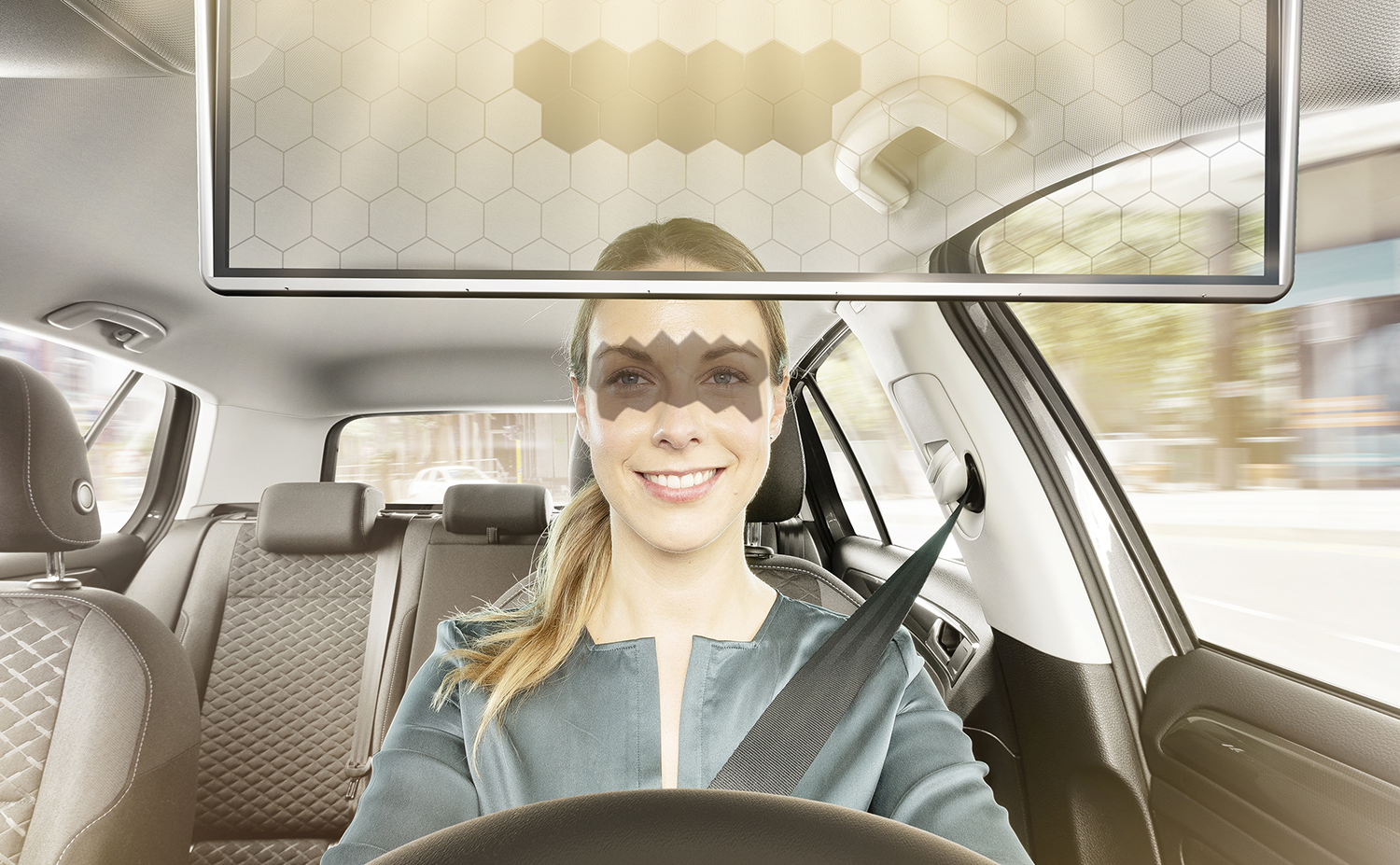 Virtual Visor links an LCD panel with a driver or occupant-monitoring camera to track the sun’s casted shadow on the driver’s face. The system uses artificial intelligence to locate the driver within the image from the driver-facing camera. It also utilizes AI to determine the landmarks on the face ‒ including where the eyes, nose and mouth are located ‒ so that it can identify shadows on the face. The algorithm analyzes the driver’s view, darkening only the section of the display through which light hits the driver’s eyes. The rest of the display remains transparent, no longer obscuring a large section of the driver’s field of vision. 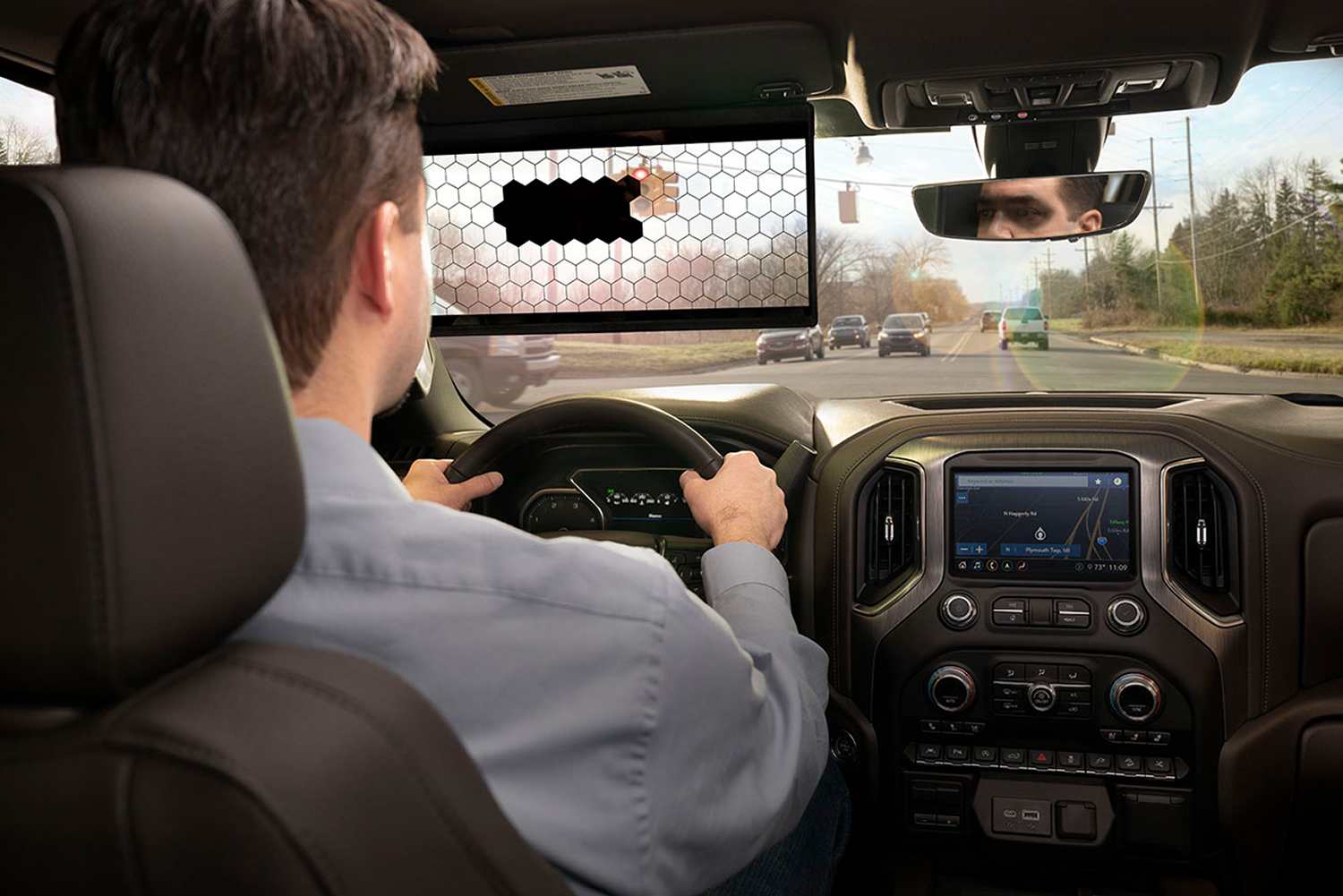 “We discovered early in the development that users adjust their traditional sun visors to always cast a shadow on their own eyes,” said Jason Zink, technical expert for Bosch in North America and one of the co-creators of the Virtual Visor. “This realization was profound in helping simplify the product concept and fuel the design of the technology.”