As part of its ‘Share The Road’ campaign, carmaker Ford has designed a prototype Emoji Jacket that could make cycling on the road more much safer. This one-of-a-kind creation, which is not available to buy, is designed to show how tensions could be eased by enabling riders to more easily and more clearly show drivers what their intentions are – and how they are feeling.

Since first being created more than 20 years ago, emojis have been described as the first language born of the digital world and according to the first “Emoji Trend Report” most people feel more comfortable expressing their emotions through emojis than a phone call.

The jacket features an LED mesh panel that can display big emoji icons as well as indicators and a hazard signal to demonstrate a rider’s movements and possible dangers ahead.

“We are now living – and driving – in a world where communication is crucial. But all too often between drivers and cyclists this just comes down to the beeping of a horn or a rude gesture. Cyclists usually have to take a hand off the handlebars to communicate. The Emoji Jacket uses a universally understood means of communication to show one way in which tensions could be eased – and we all learn to ‘Share The Road’,” explains Emmanuel Lubrani, ‘Share The Road’, Ford of Europe. 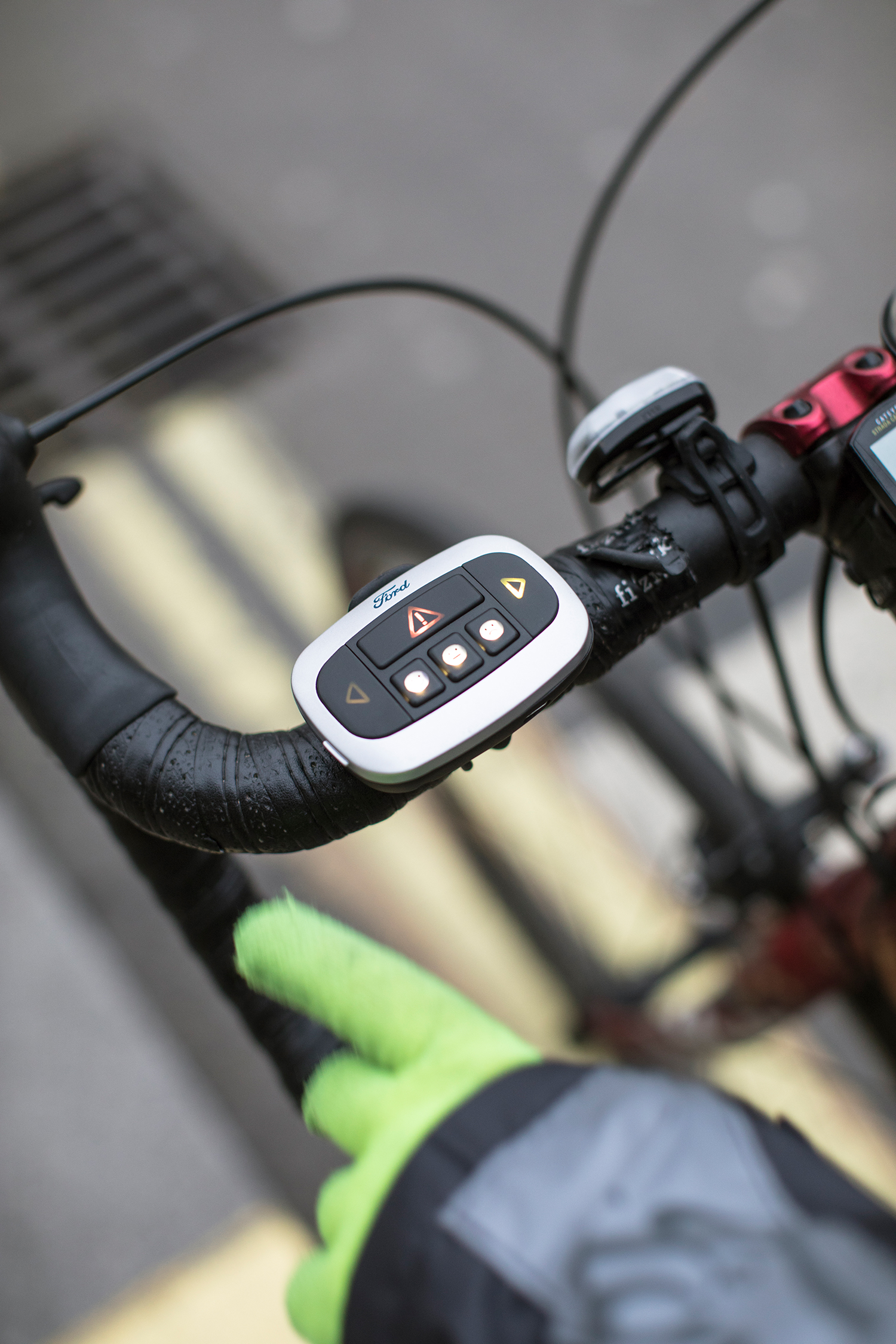 “Emojis have become a fundamental part of how we use language. Whether used to convey facial expressions, humour, or sarcasm, they have become integral to our ability to express ourselves and quickly. This jacket created in partnership with Ford ‘Share the Road’ allows riders to express their feelings and creates an important emotional link between them and other road users,” adds Dr. Neil Cohn PhD, assistant professor, Department of Communication and Cognition at Tilburg University, The Netherlands. 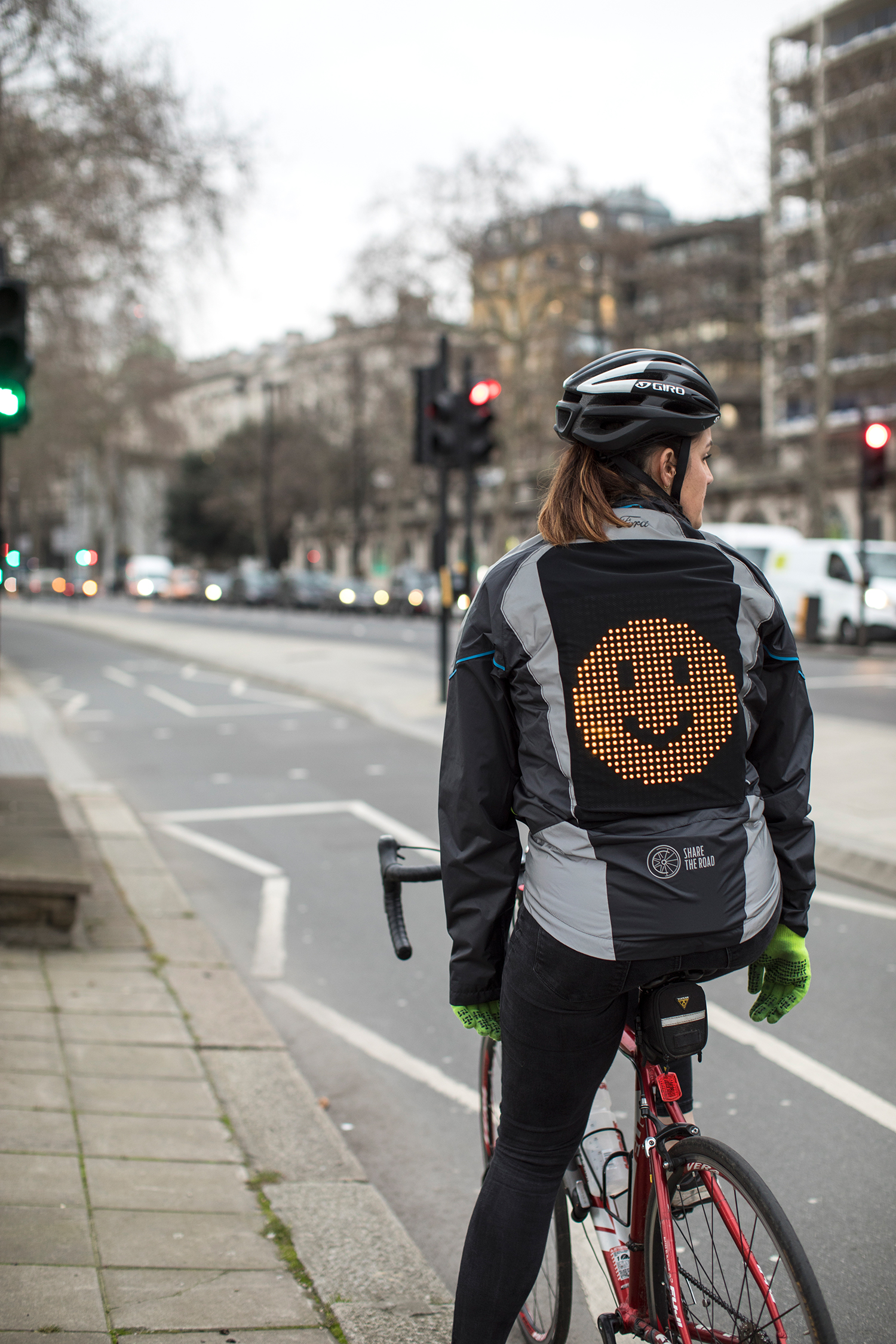 Ford’s ‘Share The Road’ campaign seeks to foster harmony between road users and underlines the company’s belief that enabling more people to cycle safely, especially for short journeys, benefits everyone.

The company has produced an award-winning virtual reality experience so that drivers and cyclists can better understand the challenges of each other’s journeys. ‘WheelSwap’ enables motorists and cyclists to see how inconsiderate driving and riding can be at the least hair-raising –and potentially fatal – for their fellow road users. Initial studies show that after undergoing the experience, nearly all participants said they would change their behavior.