Citroën has unveiled an electric, a two-seater city car that opposes as young as 14 can drive. The Citroën Ami – 100% ëlectric is a light quadricycle, which was introduced as a concept last year, offers a sort of ‘subscription’ service and a part-payment plan for just $22 a month. 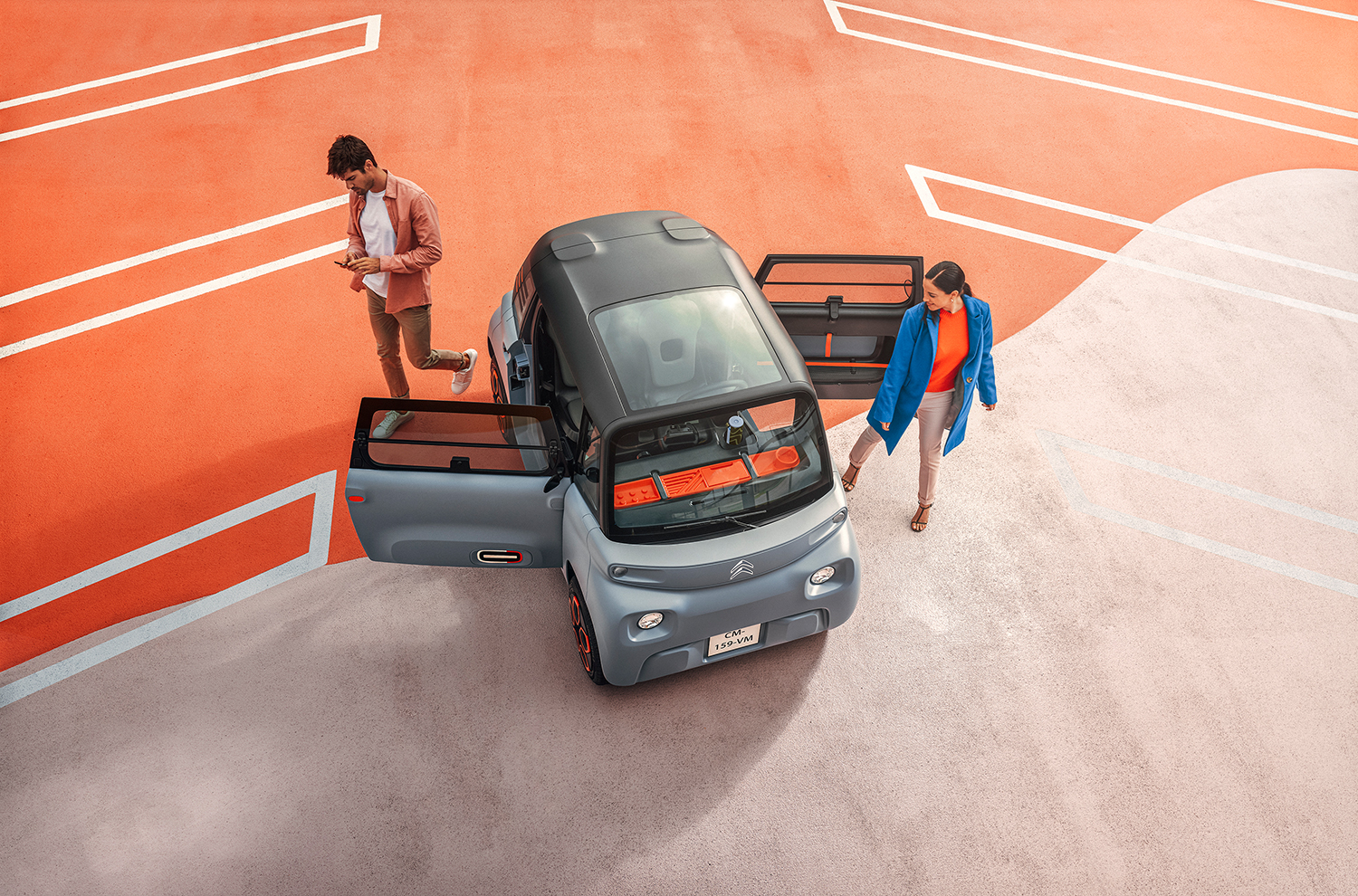 Ideal for multiple short trips in the city – such as going to a meeting, to work, running an errand or going out for the evening – Ami has a range of up to 70 kilometers (43 miles). A daily distance far greater than the average distance traveled by urban and peri-urban dwellers. 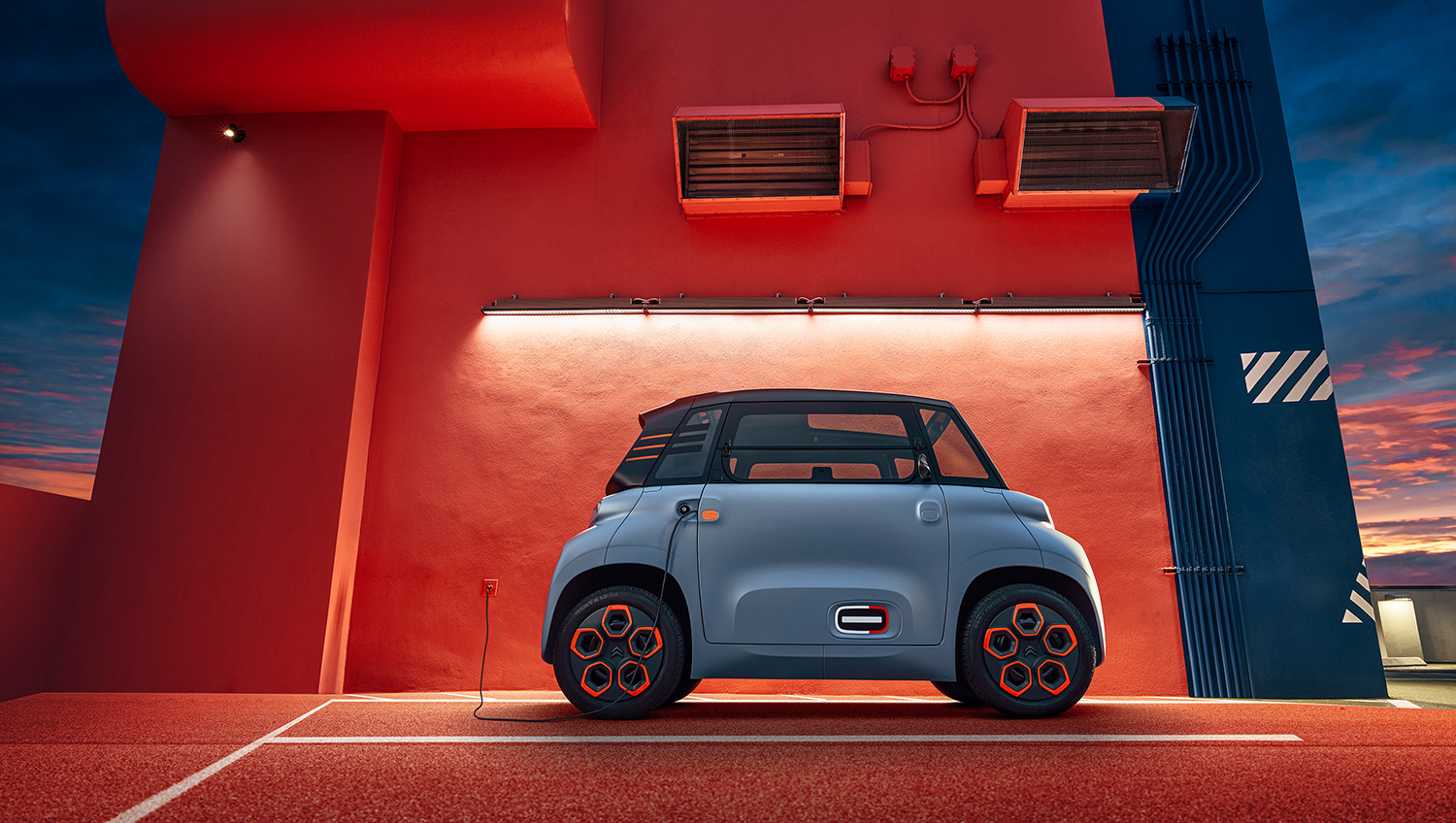 Its 5.5 kWh lithium-ion battery, housed flat under the floor, can easily be charged via the on-board electric cable located in the passenger-side doorway. Once the cable is plugged in, 3 hours are enough for a full charge on a conventional 220 V socket. 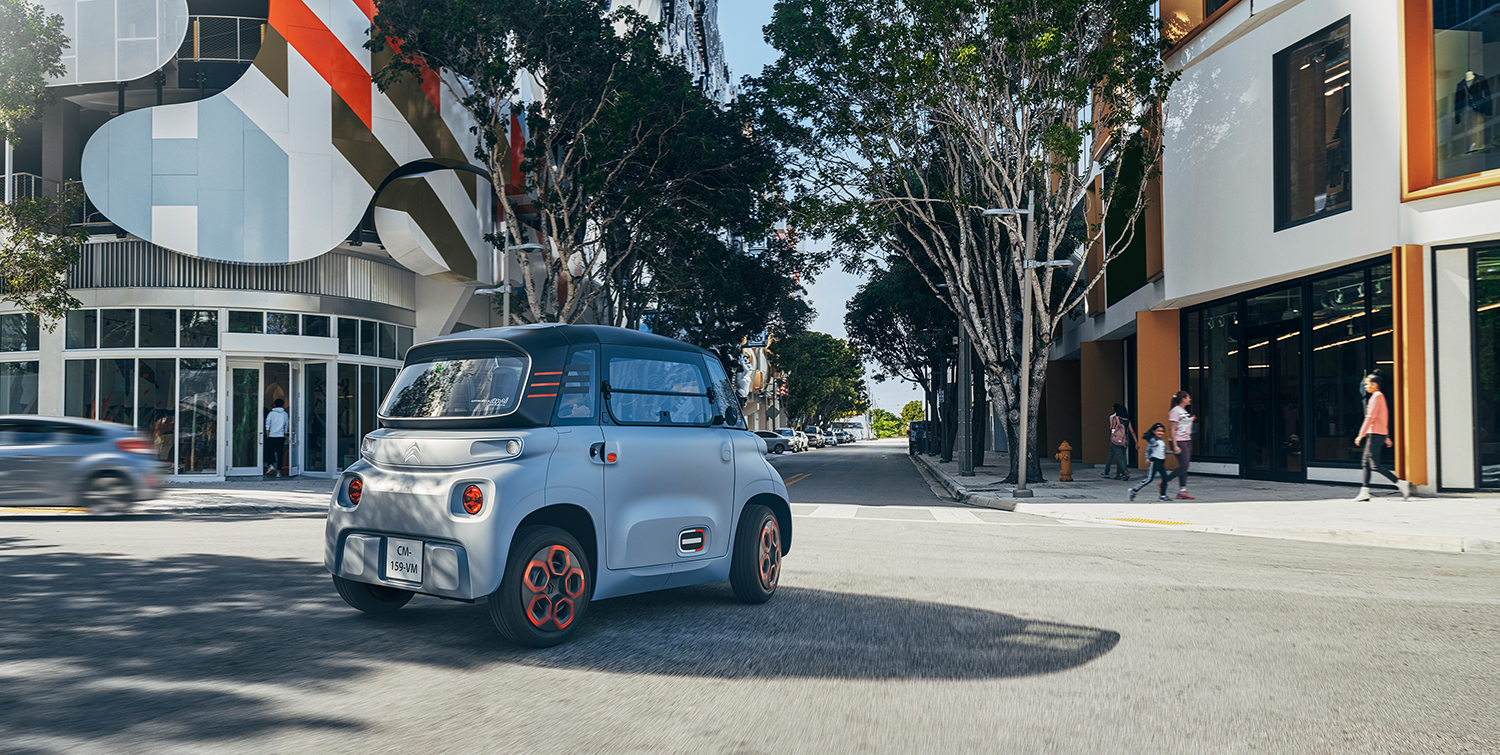 The Ami – 100% ëlectric is short enough to park head-on to the kerb and it’s not actually classified as a motor vehicle. As such, there’s no driver’s license required since it’s classified as an electric quadricycle making the tiny electric car available to 14-year-olds in France. 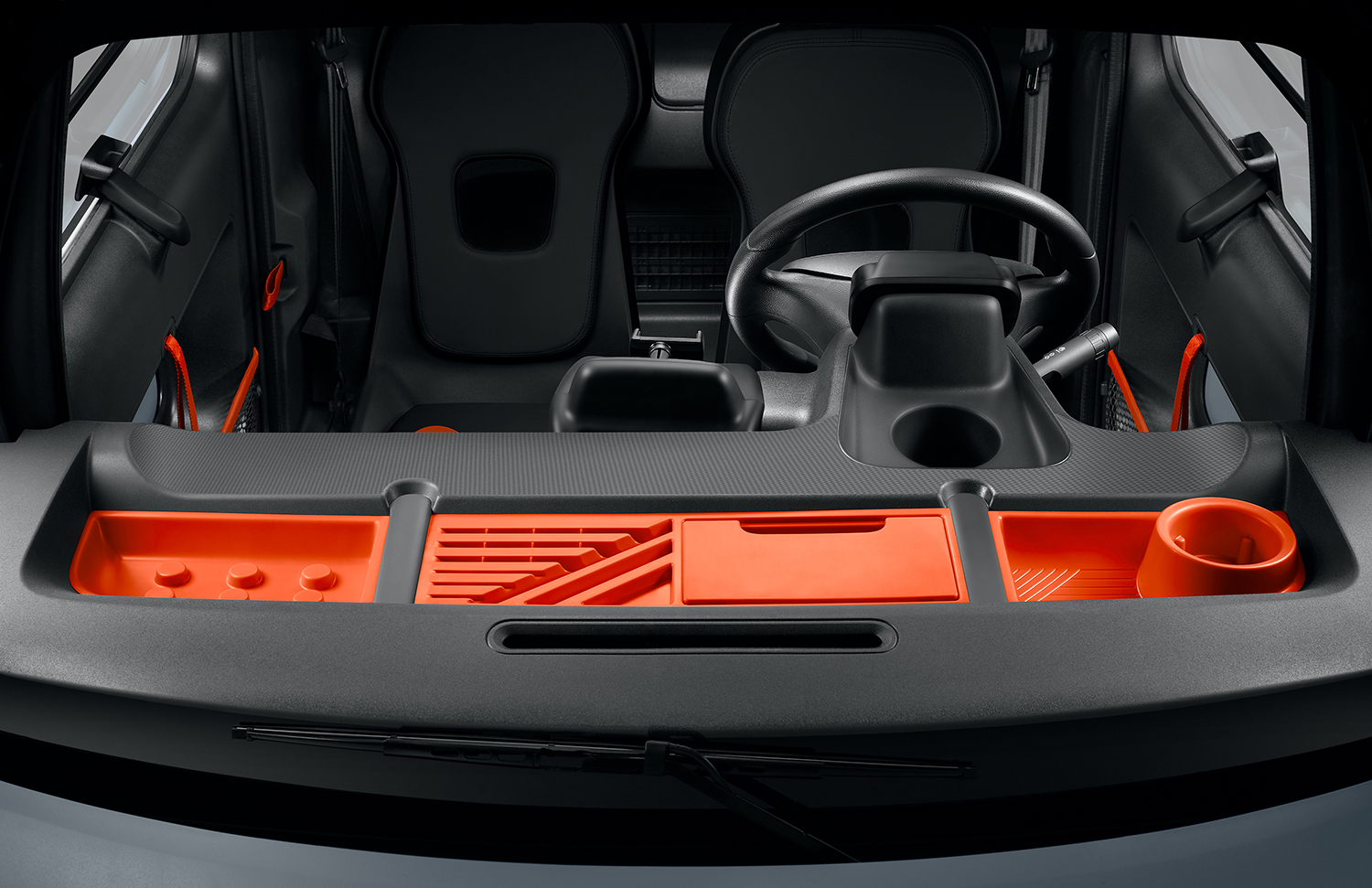 As the embodiment of a modern vision of comfort, Ami – 100% ëlectric promises a peaceful ride with its closed and heated interior. The feeling of space is reinforced with the brightness of its interior. Finally, clever storage areas contribute to well-being on board. 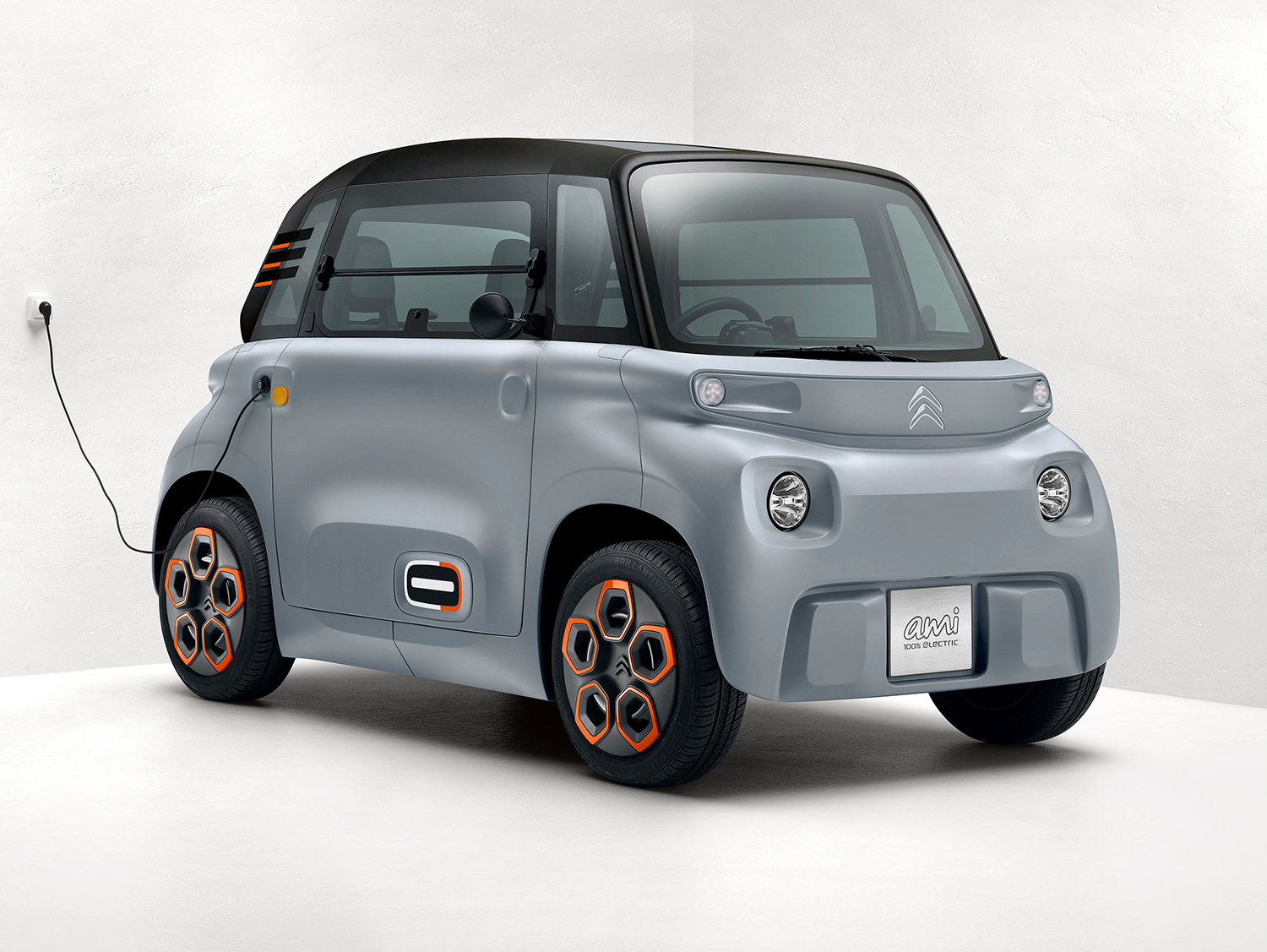 As soon as you step onboard, Ami is fully bathed in exterior light combining large areas of glass (windscreen, side windows and rear window) with a standard panoramic roof. This represents 50% of the total surface above the body line. This incomparable presence of light enhances both the feeling of space for the driver and passenger, while at the same time providing them with a wide surrounding view. In a nod to Citroën’s history, the side windows open by manually tilting upwards like the 2 CV. 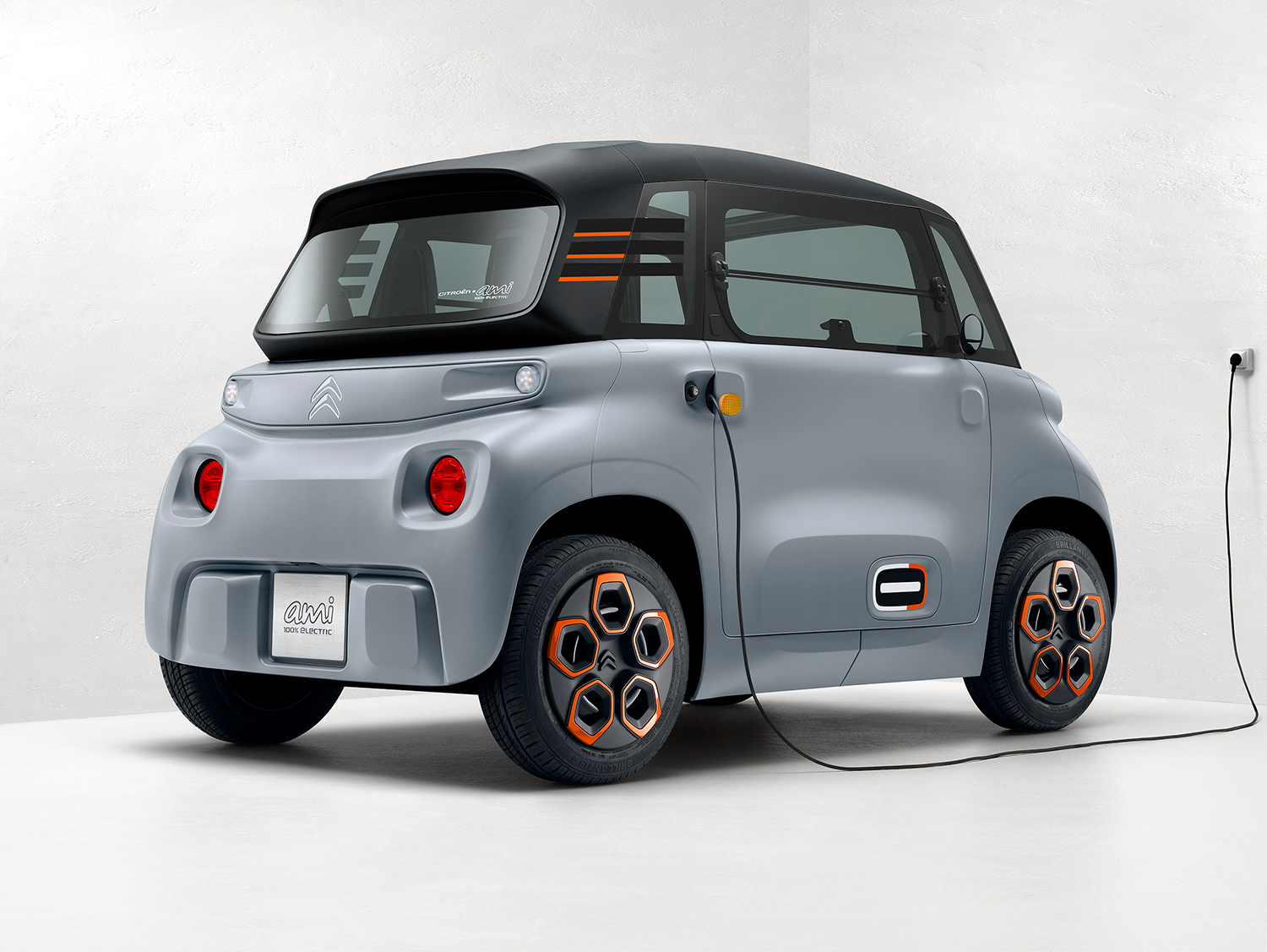 Easy access onboard is facilitated by the large equivalent doors of Ami – 100% ëlectric. The optimized onboard space means a functional interior. Inside the passenger compartment, the two-seat layout offers a real sense of space and ease of movement to each occupant, in terms of shoulder width, legroom and headroom. 2 passengers can, therefore, converse comfortably thanks to the 2 side-by-side seats. 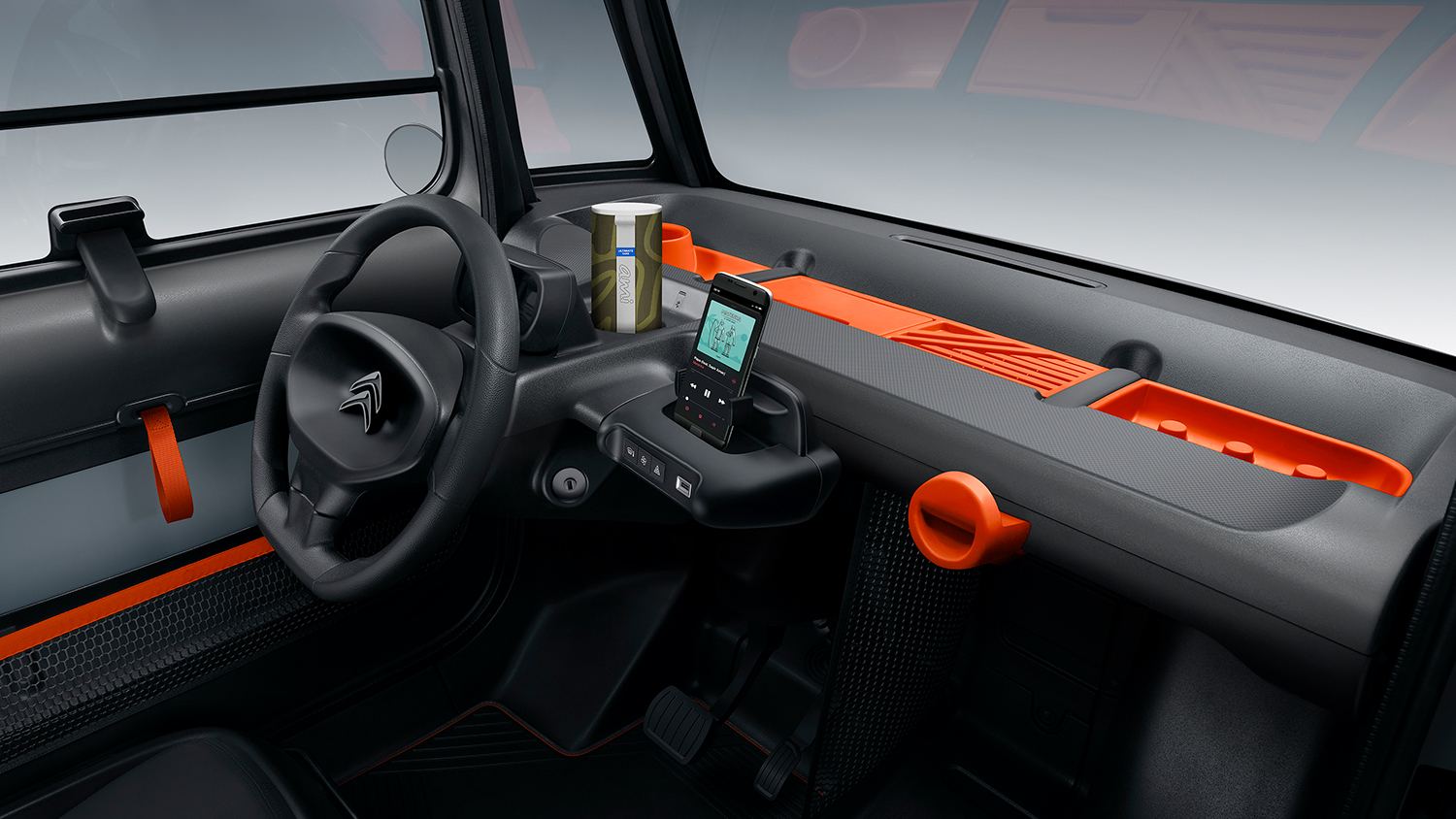 Citroën is taking orders for the Ami starting on March 30 in France and several months later in Spain, Italy, Belgium, Portugal and then Germany. The first Ami vehicles are expected by June. The car-sharing version of the Ami will be available starting in Paris this spring.