Cyan Racing has revealed the Volvo P1800 Cyan, an interpretation of the iconic Volvo sports car from the sixties. The car is engineered by the team behind the first world title-winning Volvo race car and the Volvo C30 Polestar Concept Prototype.

“The Jaguar, the Ferrari and the Porsche are all cars with a continuation,” said Christian Dahl, CEO and founder of Cyan Racing. “That left us with inspiration to create what could have been if we as a race team had been there during the sixties, racing the P1800, and got to design a road version of our race car.”

“We have done that before with three of our race cars, the Volvo C30, the Volvo S60, when we were known as Polestar, and last year the Lynk & Co 03 Cyan. The Volvo P1800 Cyan is our interpretation of what could have been.” 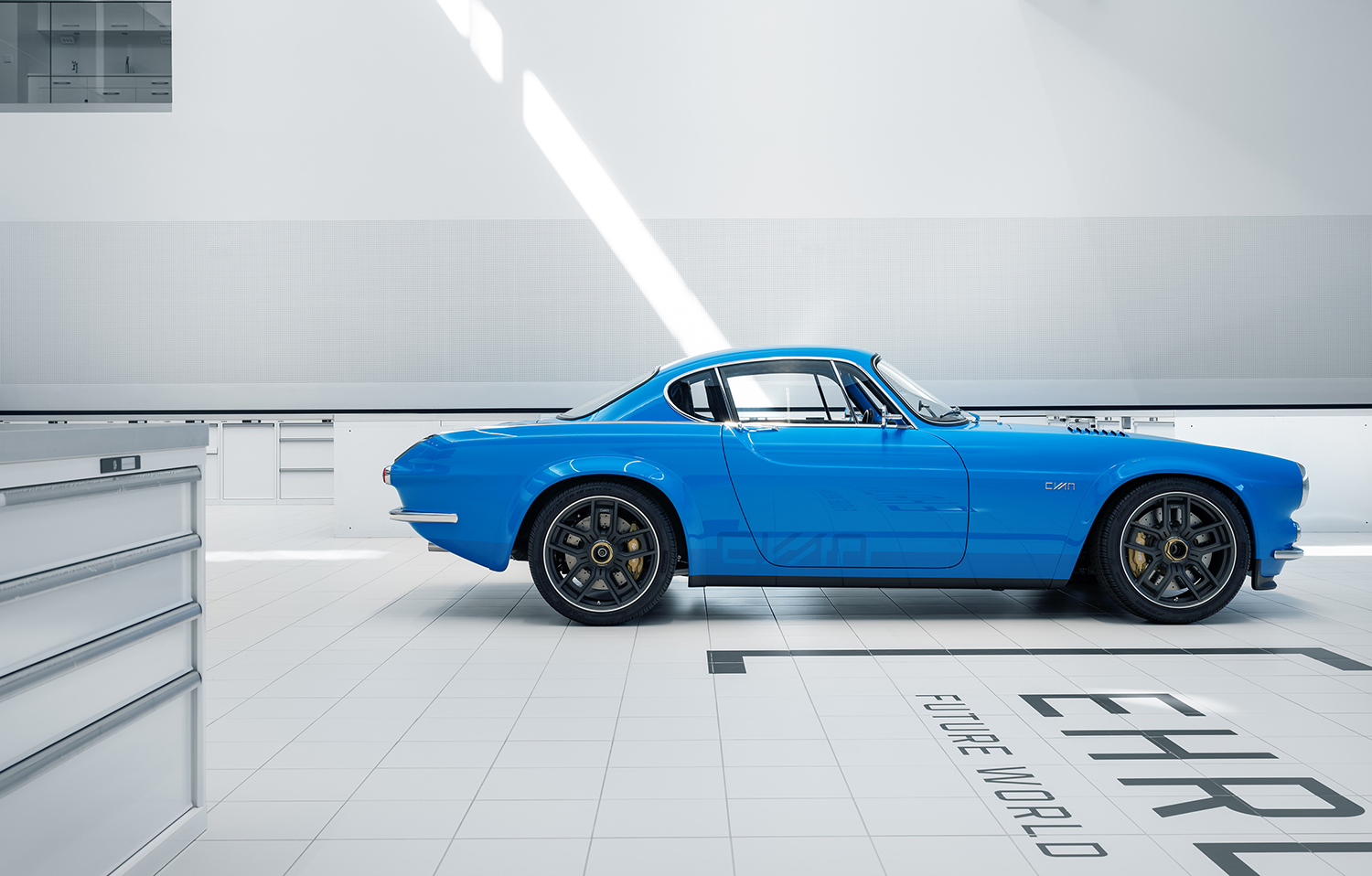 In the age of autonomous driving, electrification and connectivity, Cyan Racing decided it was time to capture what has been and to make it timeless.

“Obviously we could have built an electric Volvo P1800 filled with all the latest technology, comfort and luxury. But that was not what we wanted,” said Christian Dahl. “Amid this paradigm shift we decided to slow down time and freeze a part of it in our own time capsule. To take the best from the golden sixties and combine it with our capabilities of today, keeping a pure yet refined driving experience.” 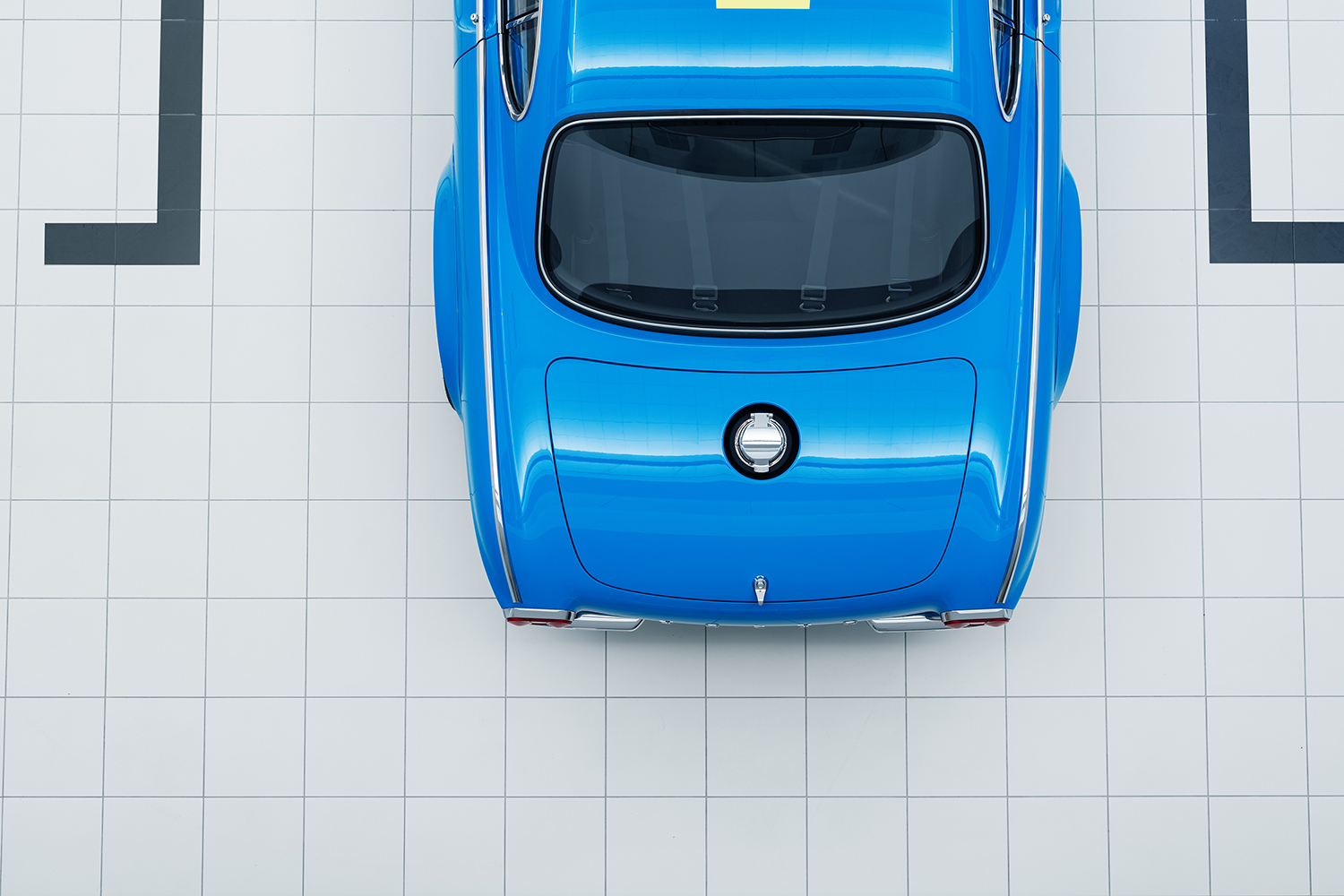 While creating the Volvo P1800 Cyan, the team behind it decided to treat the design and engineering of the sixties with care, moving it forward in a delicate way.

“We decided to apply our expertise in engine, aero and chassis design for a car that delivers on the Cyan engineering philosophy in terms of predictability and intuitive driver control, yet keeping the light-weight, analogue driving experience of the sixties,” said Mattias Evensson, Project Manager and Head of Engineering at Cyan Racing.

There are no driver aids to distort the driving experience, meaning no stability control, ABS or brake booster.

“The Volvo P1800 Cyan is about clearing away anything disturbing the direct connection between driver, tyres and the road. Our objective has been to keep that undisturbed sensation whilst refining it with the best technology of today,” said Mattias Evensson. 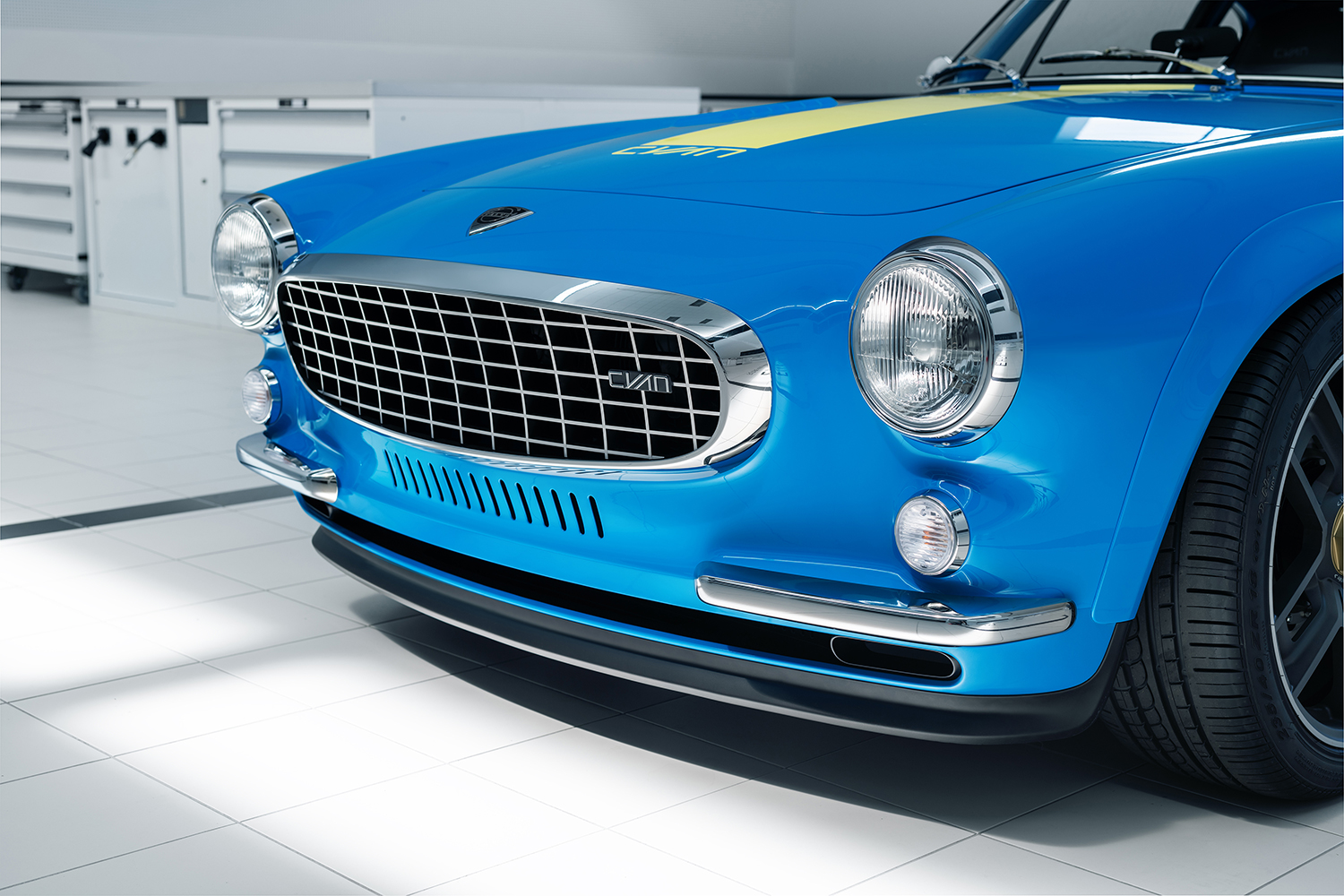 The Volvo P1800 body has been altered to accommodate a wider track, larger wheels and repositioned greenhouse, among a long list of redesigns.

“To put together an interpretation of an iconic design is a challenge. I think we succeeded in merging new technology without losing the character of the original Volvo P1800,” said Ola Granlund, Head of Design at Cyan Racing.

The Volvo P1800 Cyan started life as a 1964 Volvo P1800 that has been refined and reinforced utilising high-strength steel and carbon fibre.

“The basis for a precise and intuitive driving experience is a solid body structure. Cars from the sixties are far from ideal when it comes to this due to weak points and steel quality that allow for flex,” said Mattias Evensson. “We have redesigned the structure of the original shape and strengthened weak points in the chassis through triangulation, using high-strength steel and integrated the carbon fibre body with the chassis structure. The carbon fibre is not just a fine shell of separate panels, but rather structural components joined with high-strength adhesive to the steel. All parts of the carbon fibre are adding to the structural rigidity.”

This process is a key part to enable low weight and high responsiveness, with the car weighing just 990 kilos. 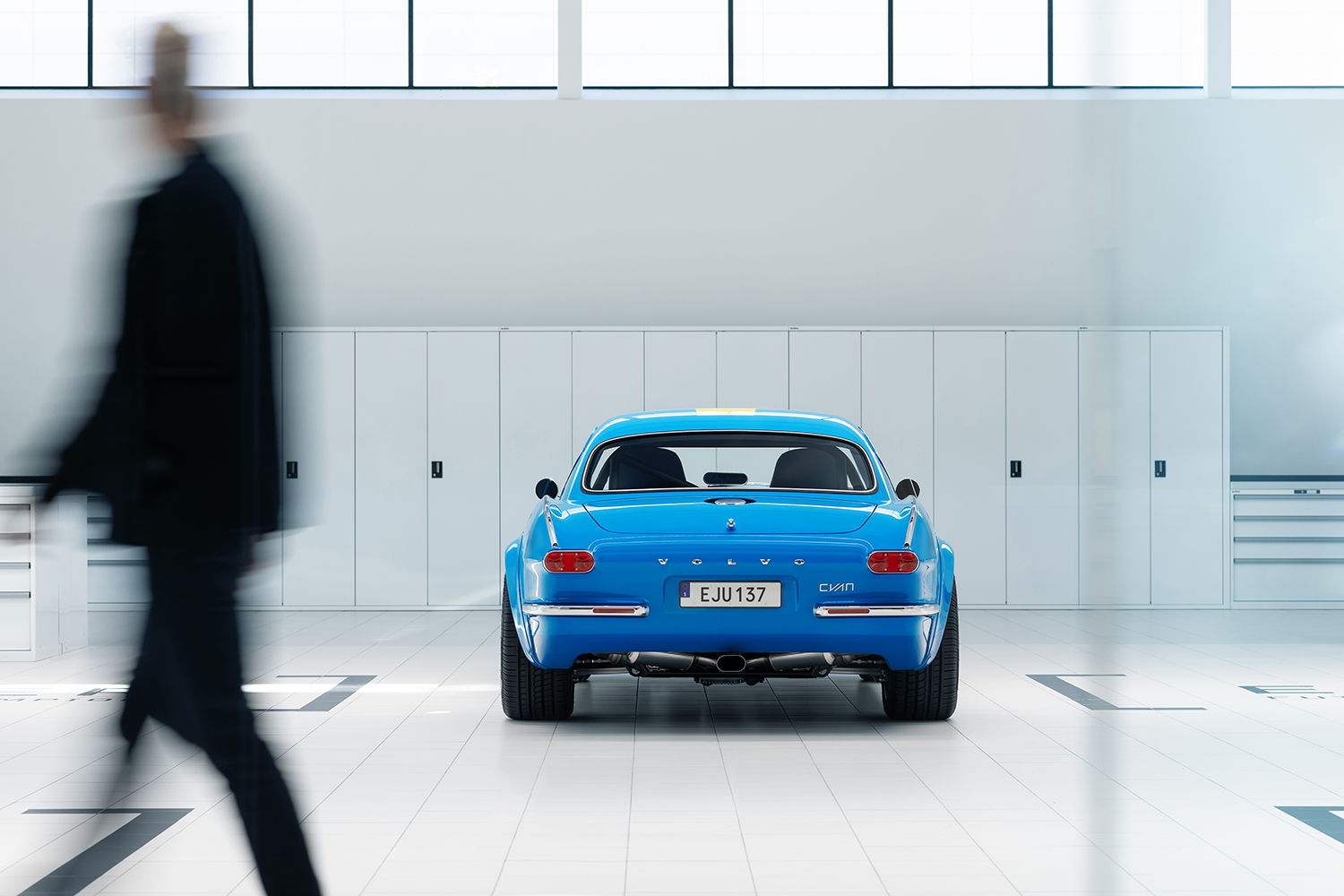 The two-litre turbocharged four-cylinder engine is based on the same engine as used in the world title-winning Volvo S60 TC1 race car, producing 420 horsepower and 455Nm of torque, with a redline at 7700 rpm.

Although the engine is turbocharged, it is developed to deliver a linear power and torque curve with the characteristics of a normally aspirated engine. The engine character is designed to deliver a driving experience as in the sixties but with increased performance and precision.

“While evaluating engines for the Volvo P1800 Cyan, we considered a wide range of Volvo engines, including the original B18, the ‘Red Block’ B230, the 5-cylinder ‘White Block’, the short inline 6-cylinder and the 4-cylinder VEA engine that power Volvos of today,” said Mattias Evensson. “The efficient and lightweight VEA (Volvo Engine Architecture) gave us the best base, also allowing us to transfer our experience from the different versions of the VEA that we have designed for our race and performance cars of the past decade.” 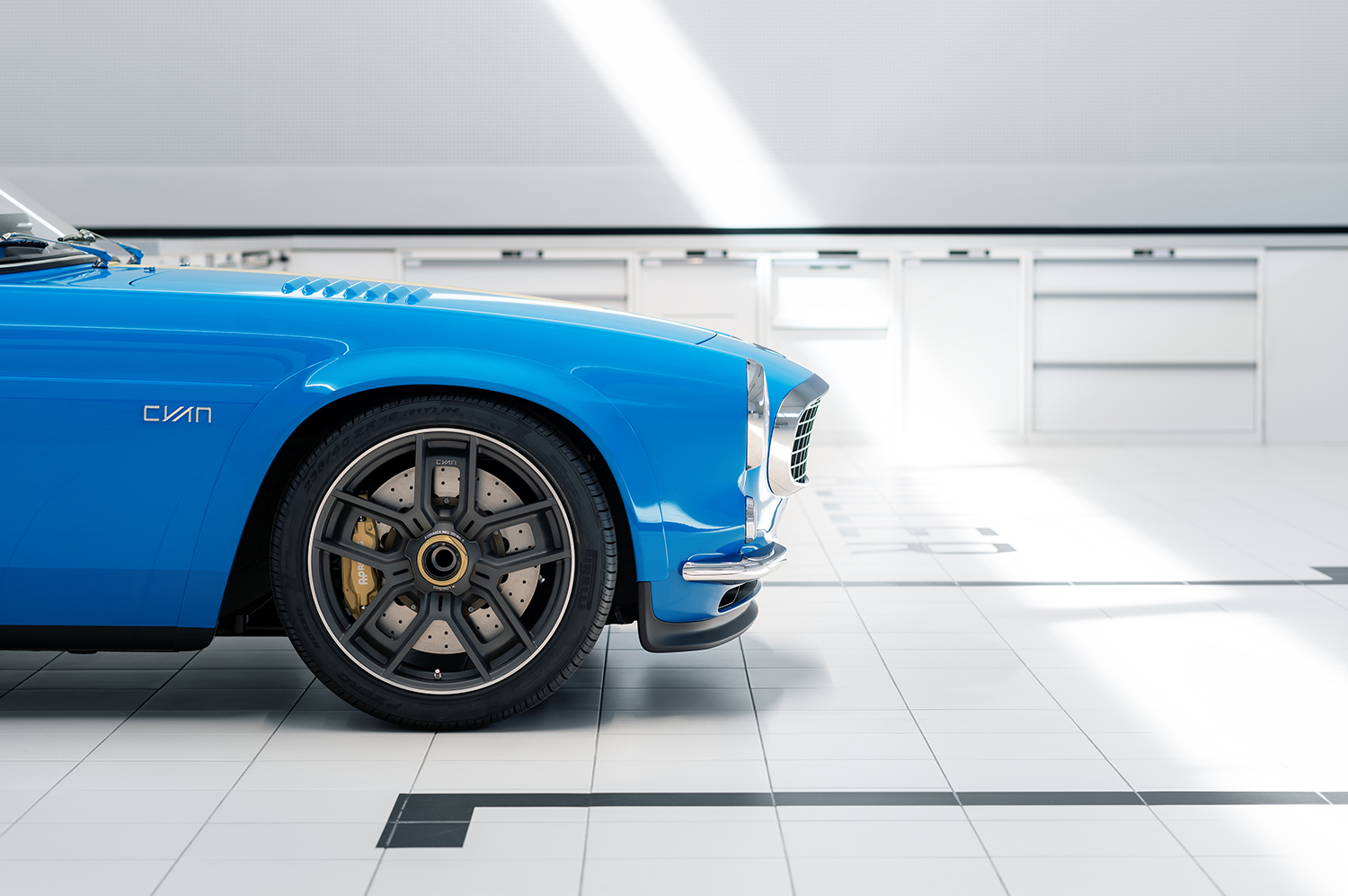 The engine made its debut in the 2011 Volvo C30 world-touring race car and was a key part in claiming the 2017 world title.

“It is an engine that provides us with a strong mechanical base and a very efficient combustion system. We have adapted it to suit the Volvo P1800 Cyan with the power output increasing through the entire powerband,” said Mattias Evensson. “The power peaks late. It is designed for high revs a lot, with the torque intuitively linear to the pedal. We have learnt from racing where the drivers want perfect control of the torque, increasing precision and driving pleasure at the same time.” 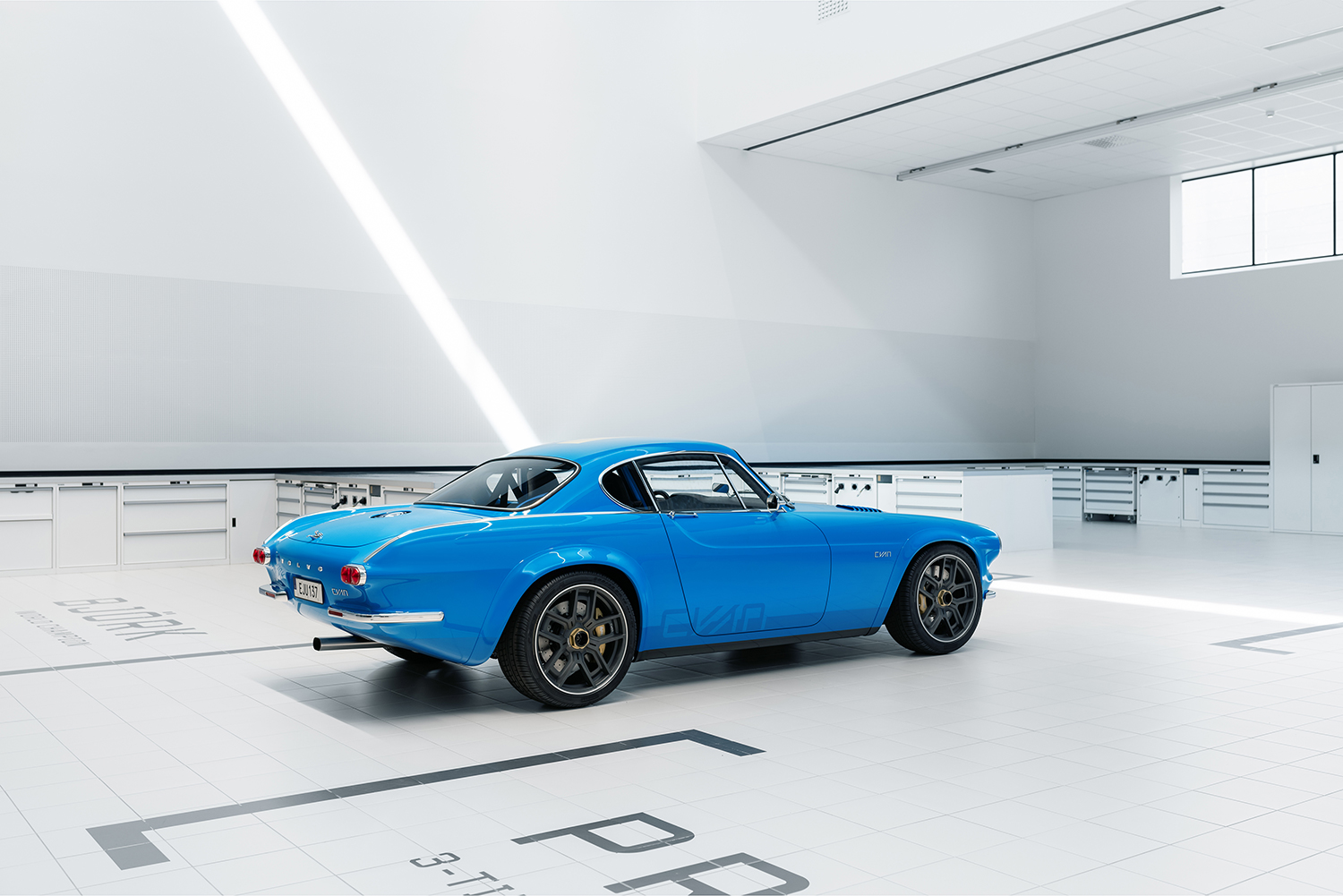 A five-speed bespoke Holinger gearbox has been selected to carry the mechanical feeling of the original Volvo P1800, but with greater gear change precision and capability of handling the increased torque.

A key part to the engaging rear-wheel drive experience is the torque-biasing limited slip differential. The differential is mounted in a Holinger housing with unique gears in order to combine capable performance on a circuit with civilised behaviour for road use. 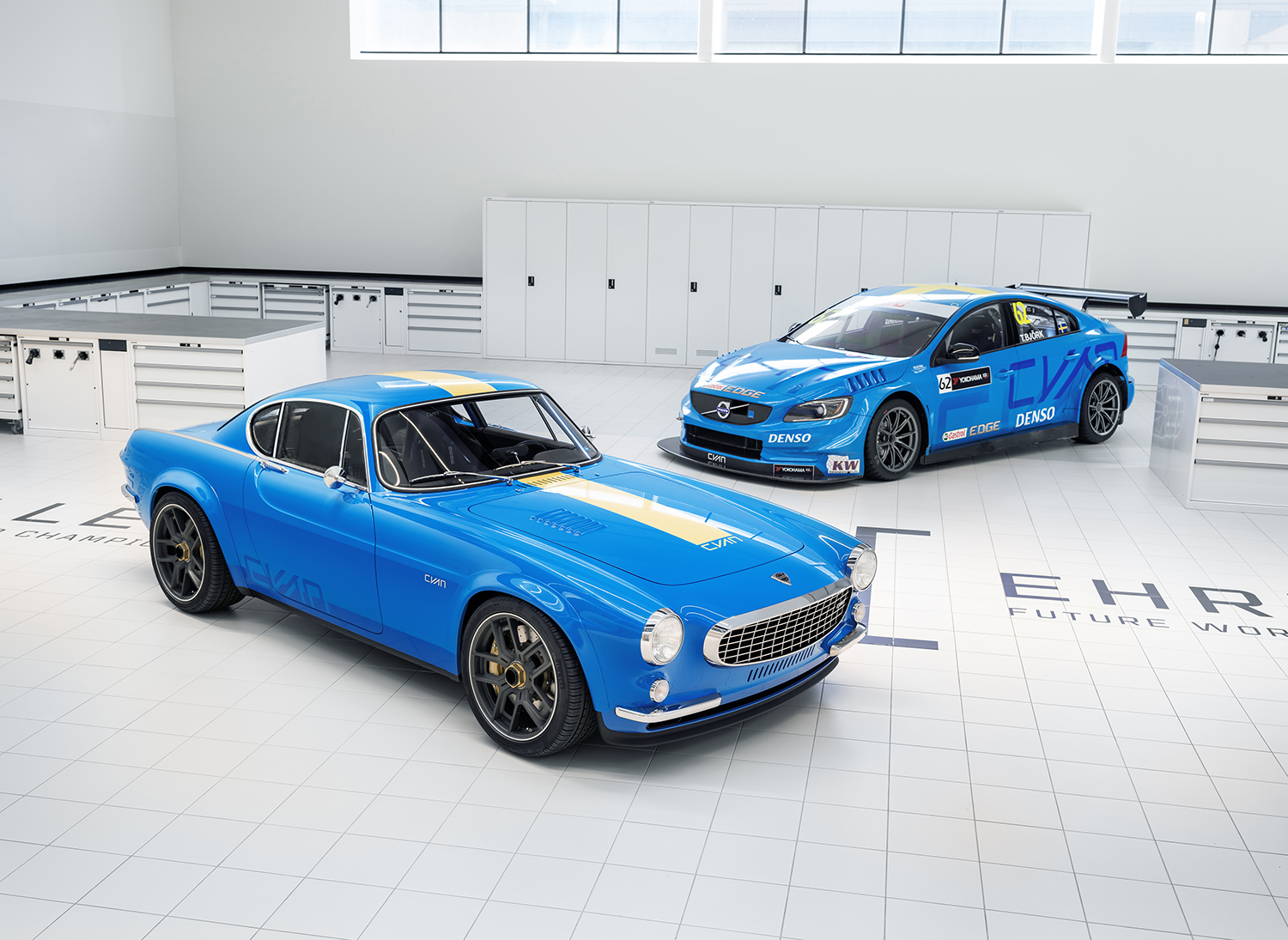 “We are really satisfied with the level of grip and precision that we have achieved from the chassis in combination with a responsive steering,” said Thed Björk, development driver and 2017 touring car world champion for Cyan Racing. “The car goes where you point it. You can be brutal going into a corner and still find your apex and exit within millimetres. The settings of the car are not aimed at fast lap times but rather to deliver an enjoyable and exciting driving experience. I feel my smile widening each time that I control the drift angle of the car through a long turn.”

The carbon fibre-reinforced chassis is connected to the road with 18″ forged rims with Pirelli P Zero 235/40 tyres at the front and 265/35 at the rear.

The car is controlled by 4-piston calipers with 362x32mm steel discs with genuine feeling as no brake booster or ABS is there to interfere. 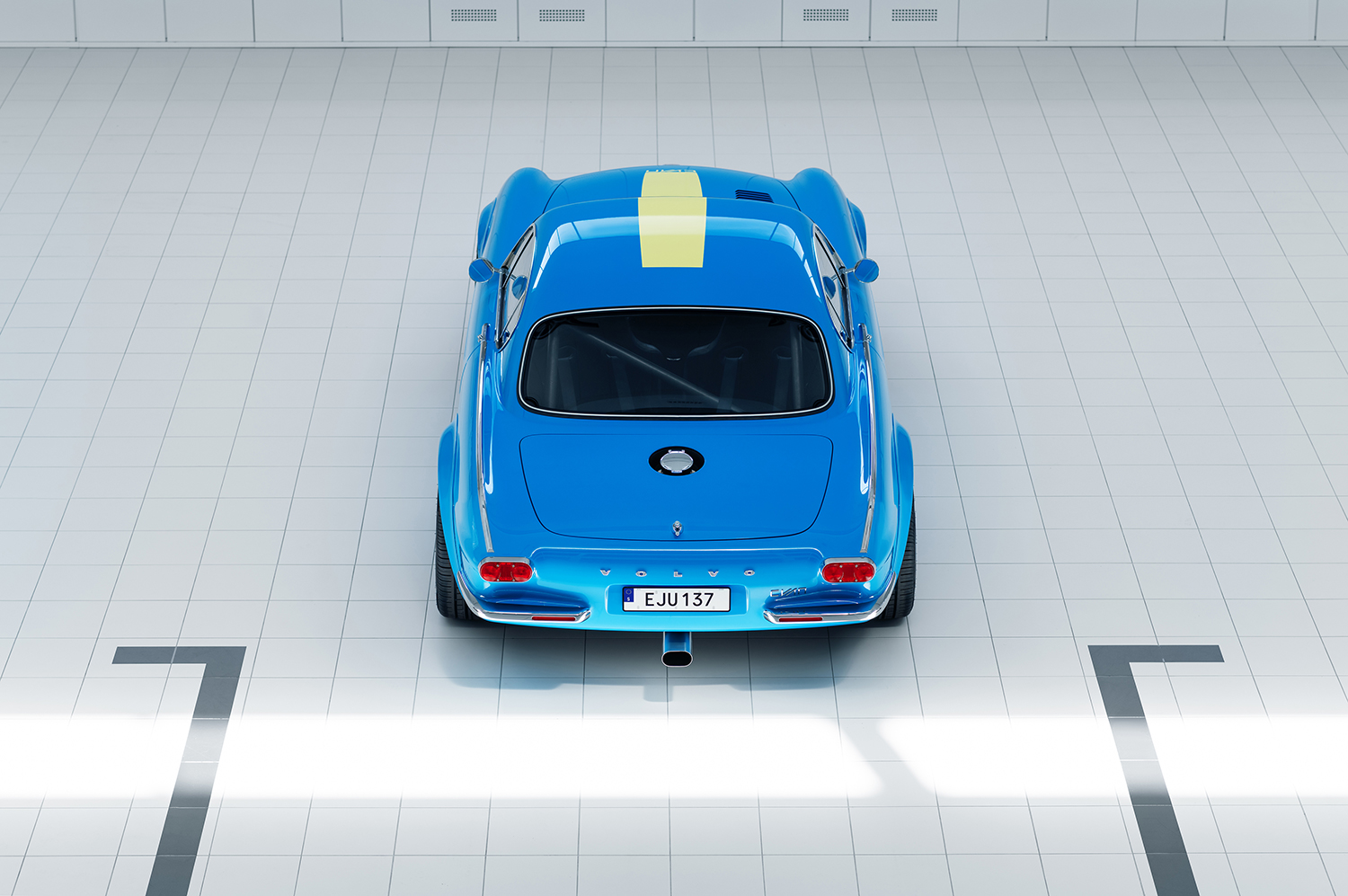 “The Volvo P1800 Cyan is the result of an advanced engineering process, involving many of the same talents who designed, built and developed our world title winning Volvo S60 TC1 Cyan,” said Christian Dahl.

The Volvo C30 Polestar Performance Prototype, the first road car of Cyan Racing, was used for benchmarking throughout the development process. “A vital part of the project was to reconnect with our first road car,” said Mattias Evensson. “We wanted to carry over some of the driving feeling and performance availability from that car and it has been thoroughly useful throughout the development process.”