Commissioned by a discerning European client, the latest offering in Ferrari’s line of unique coachbuilt one-off models is a vibrant evocation of the values that define Ferrari in relation to GT racing. The Ferrari Omologata project took a little over two years to complete from the initial presentation of sketches, starting with images that covered a variety of inspirations, from racing heritage to sci-fi and references to modern architecture. The idea from the onset was to create a futuristic design with distinctive elements reinterpreted in a fresh manner to provide potential for a timeless shape that is certain to leave a lasting impression. 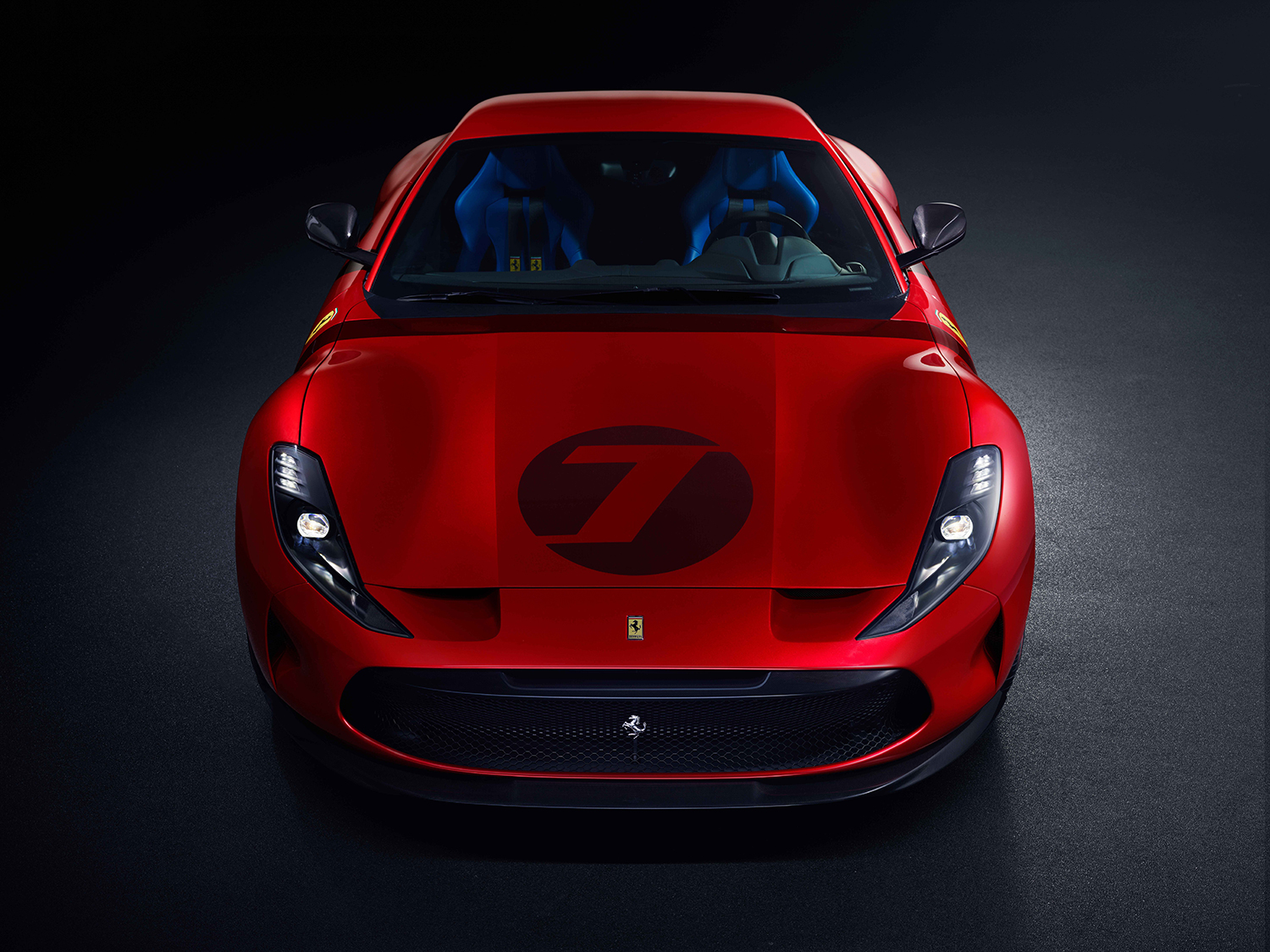 To achieve this, the designers unlocked every possible area of freedom from the underlying package of the 812 Superfast, keeping only the windscreen and headlights as existing bodywork elements. The objective was to exploit the proportions of the potent, mid-front layout to deliver a very sleek design defined by smooth volumes and undulating reflections, uplifted by sharp graphics with sparingly distilled surface breaks wherever dictated by aerodynamic functions. The trickiest aspect was striking the ideal balance between expressiveness and restraint: the Omologata had to ooze street presence whilst maintaining a very pure formal language. 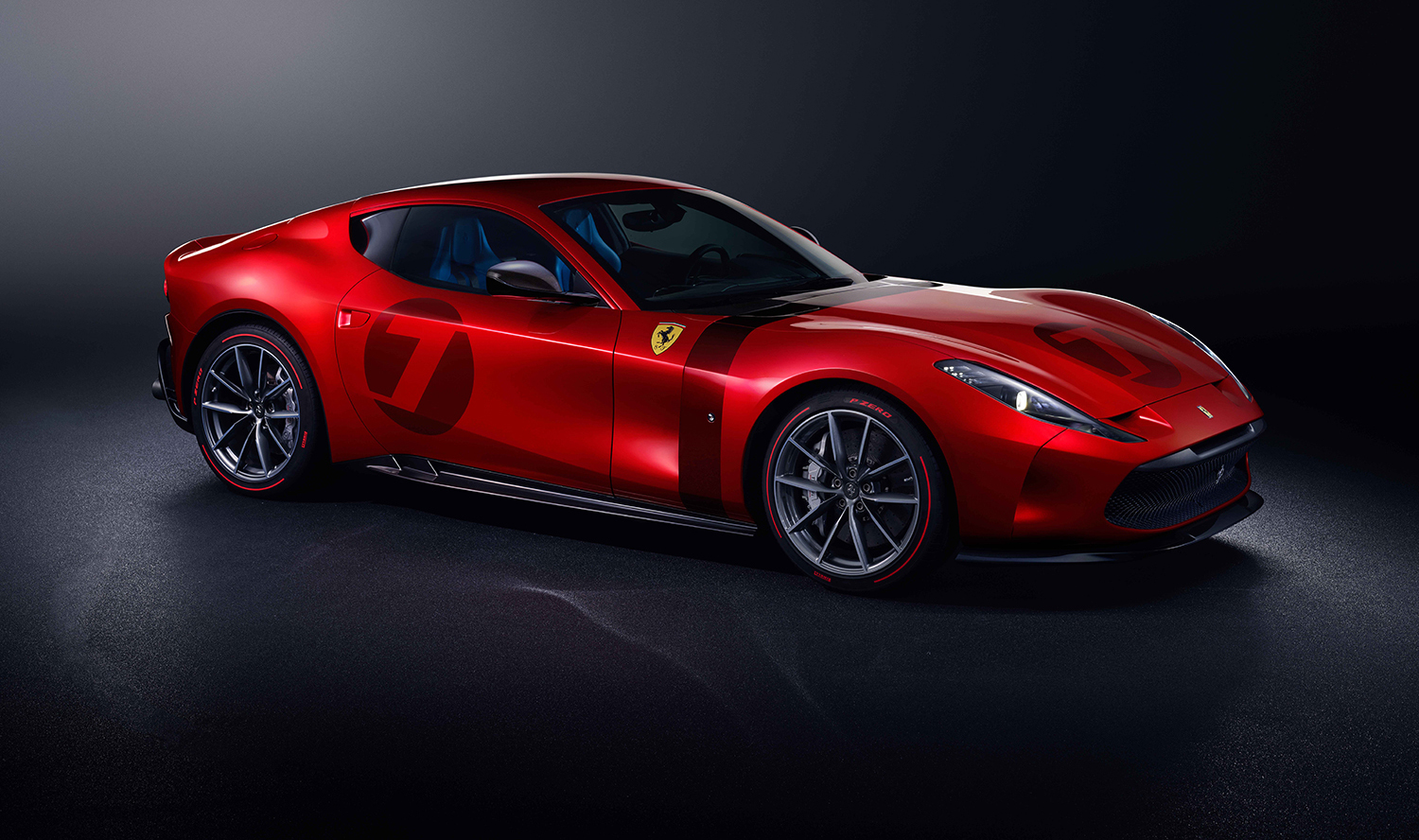 The designers carefully studied the stance and attitude of the car from all angles, defining a tapering front volume from the flattened oval grille. The rounded section over the front wheelarches, emphasized by a contrasting stripe wrapping across the bonnet, seems to naturally extrude from the grille. Rear of the door, the flank develops into a very potent rear muscle that neatly blends upwards into the three-quarter panel. The entire volume is rendered deliberately imposing through the elimination of the rear quarter light, while three horizontal transversal cuts in the fastback volume visually lower the rear mass. The tail is surmounted by a prominent spoiler which adds not only downforce, but a more aggressive, sporty stance. Overall, the car appears to be poised to attack the tarmac even at a standstill and, seen from the rear, the deeply set single taillights underline the tension. 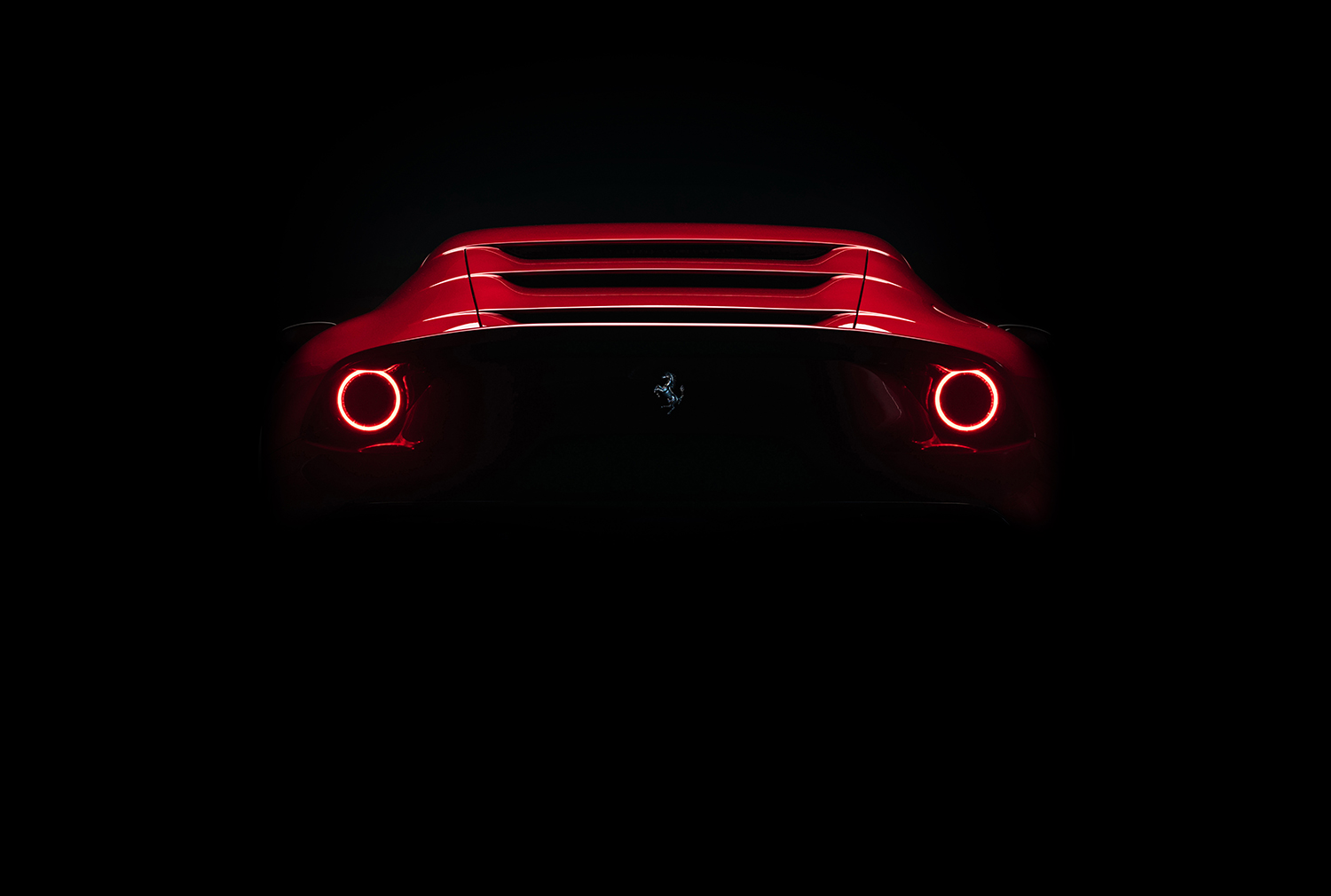 Satisfying every safety constraint for road homologation without interfering with any of the usability and tractability of a Ferrari is always a huge challenge for the design team led by Flavio Manzoni, the more so when starting from an existing platform. Omologata was indeed a keyword that resonated throughout the development of this, the 10th front-engined V12 one-off Ferrari has delivered since the 2009 P540 Superfast Aperta. Beyond the clear instructions coming from the client and down to every detail on the car, the designers effectively took into account countless variables to make this a bespoke model through and through, one which could easily find its place in any Ferrari showroom. The quest for the ultimate touch went as far as developing a new shade of red just for the livery, to match the fiery triple-layer Rosso Magma over darkened carbon-fibre finish. 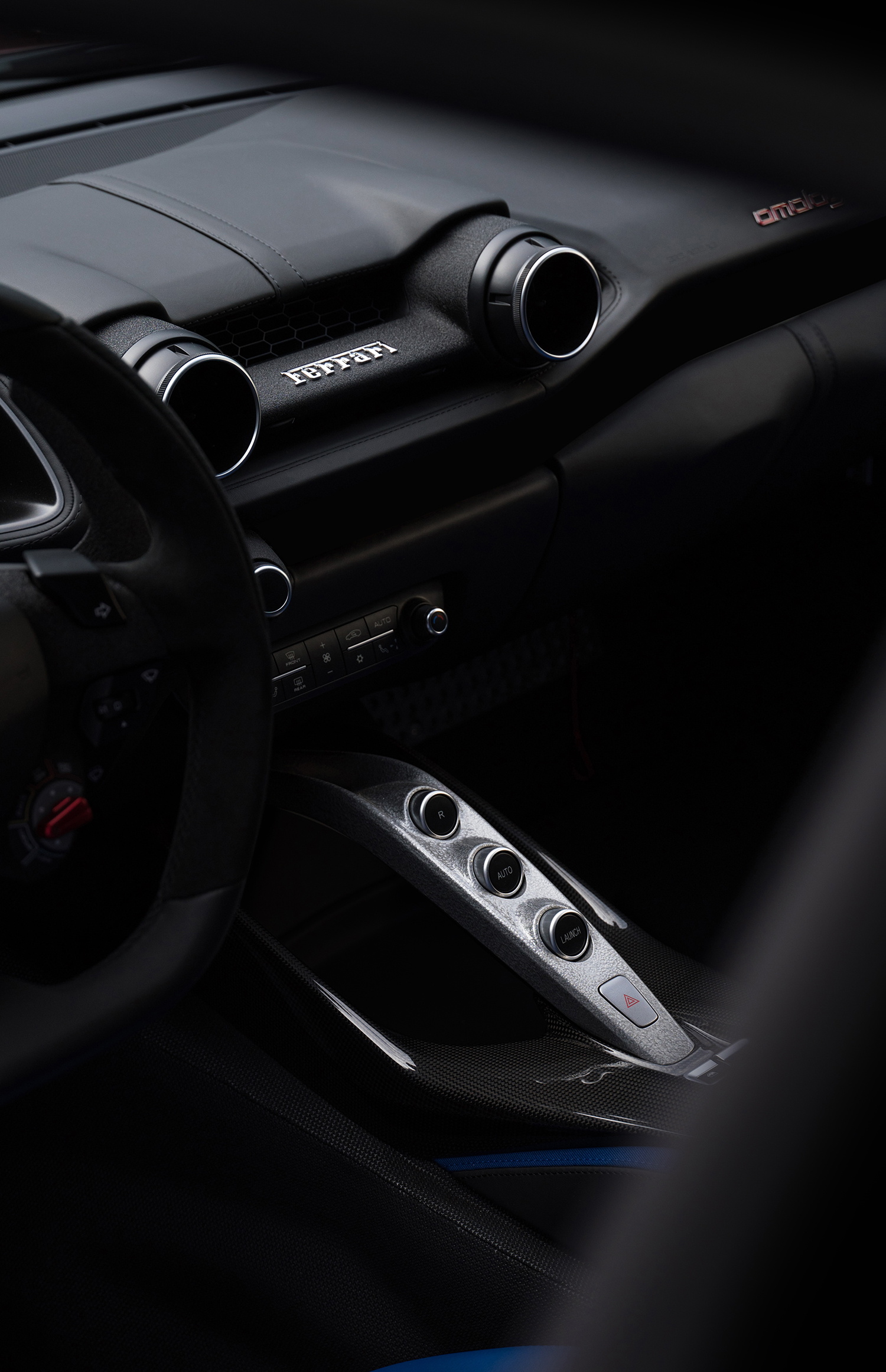 Inside the car, a plethora of trim details suggests a strong link to Ferrari’s rich racing heritage. The electric blue seats, finished in a tasteful combination of leather and Jeans Aunde fabric with 4-point racing harnesses, stand out against a full black interior. In the absence of rear quarter lights and screen, the atmosphere in the cabin is purposeful, reminiscent of a bygone era. Metal parts on the dashboard and steering wheel are finished with the crackled paint effect associated with the great GT racers of the 1950s and 1960s as well as with Ferrari’s engine cam covers. A hammered paint effect so often used in cars such as the 250 LM and 250 GTO finds its way on details such as the inner door handles and on the Ferrari F1 bridge. 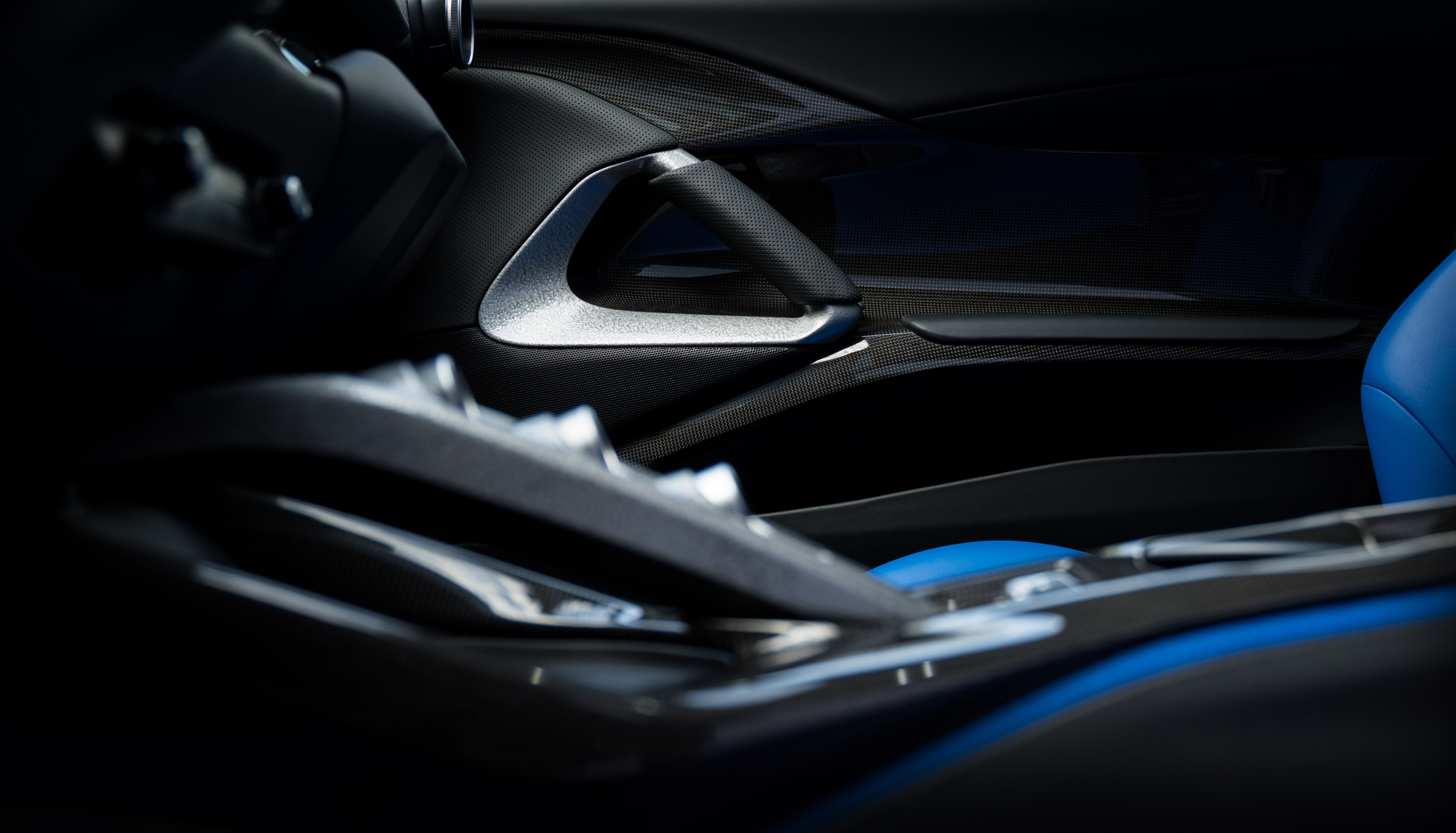 A fitting one-off exercise, the Omologata manages to encompass a range of subtle Ferrari signature design cues without falling into nostalgia. Its hand-crafted aluminium bodywork is sprinkled with almost subliminal details, in a way that challenges the enthusiast to identify the various sources of inspiration that played a part into its inception. 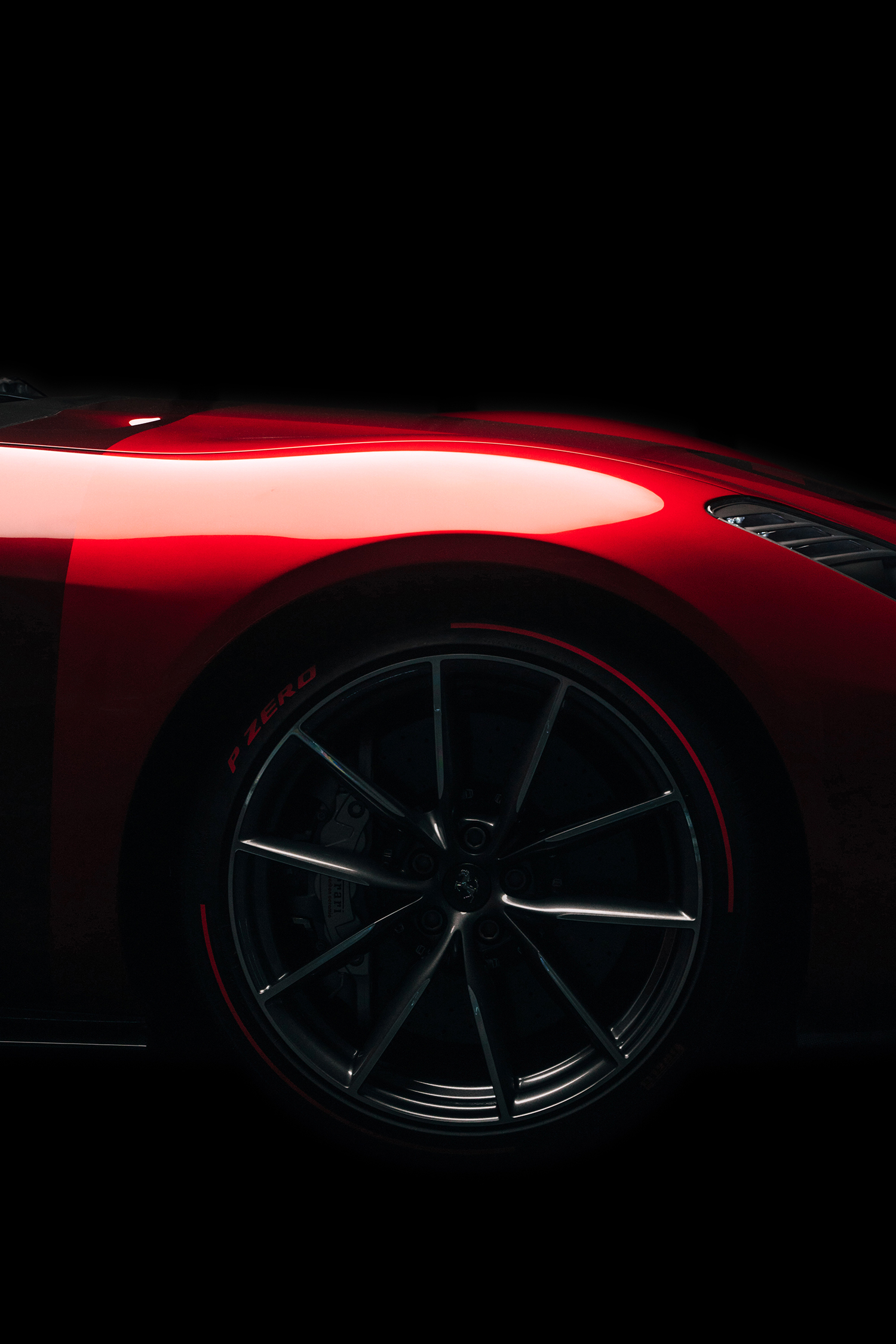 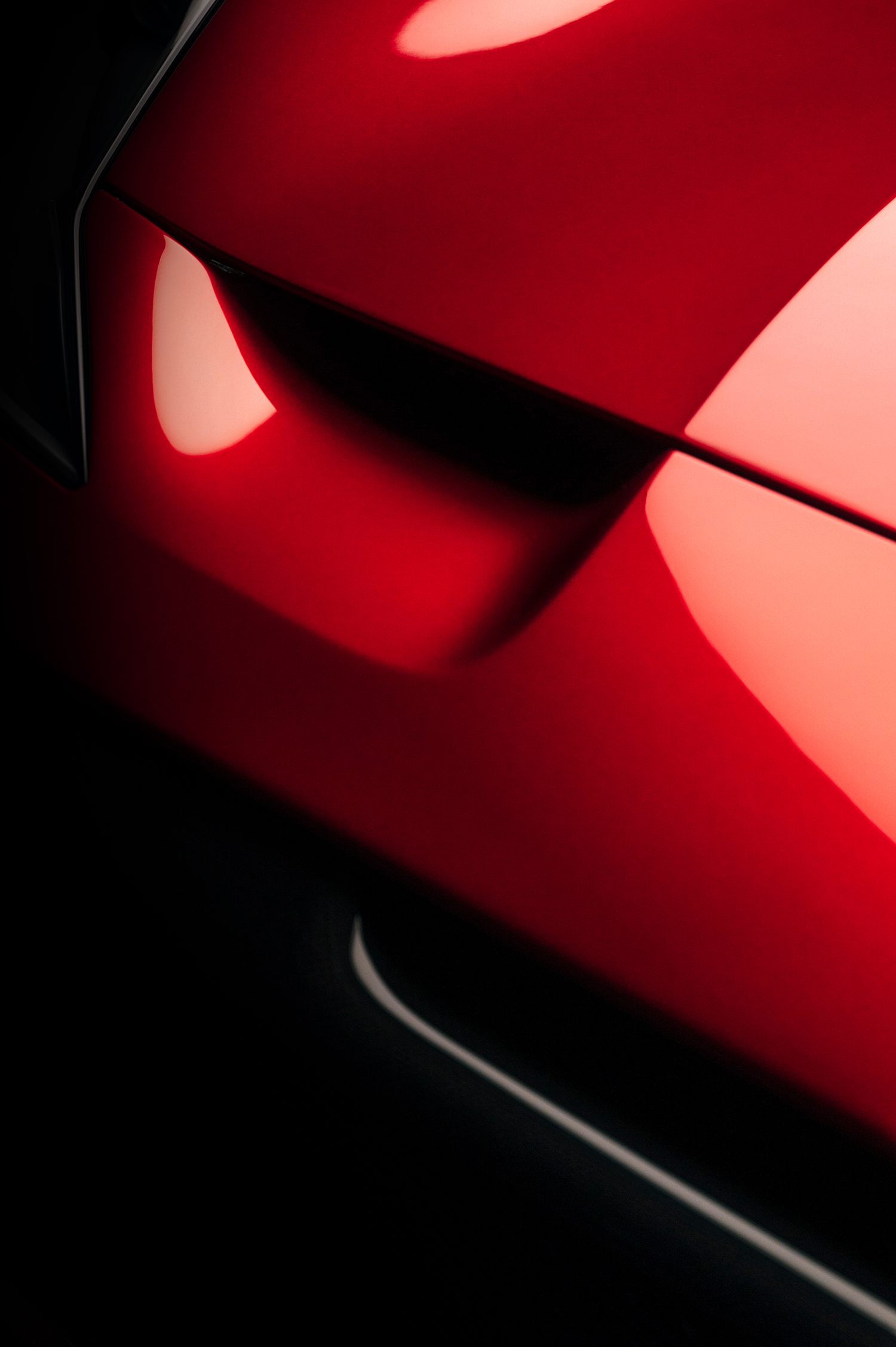 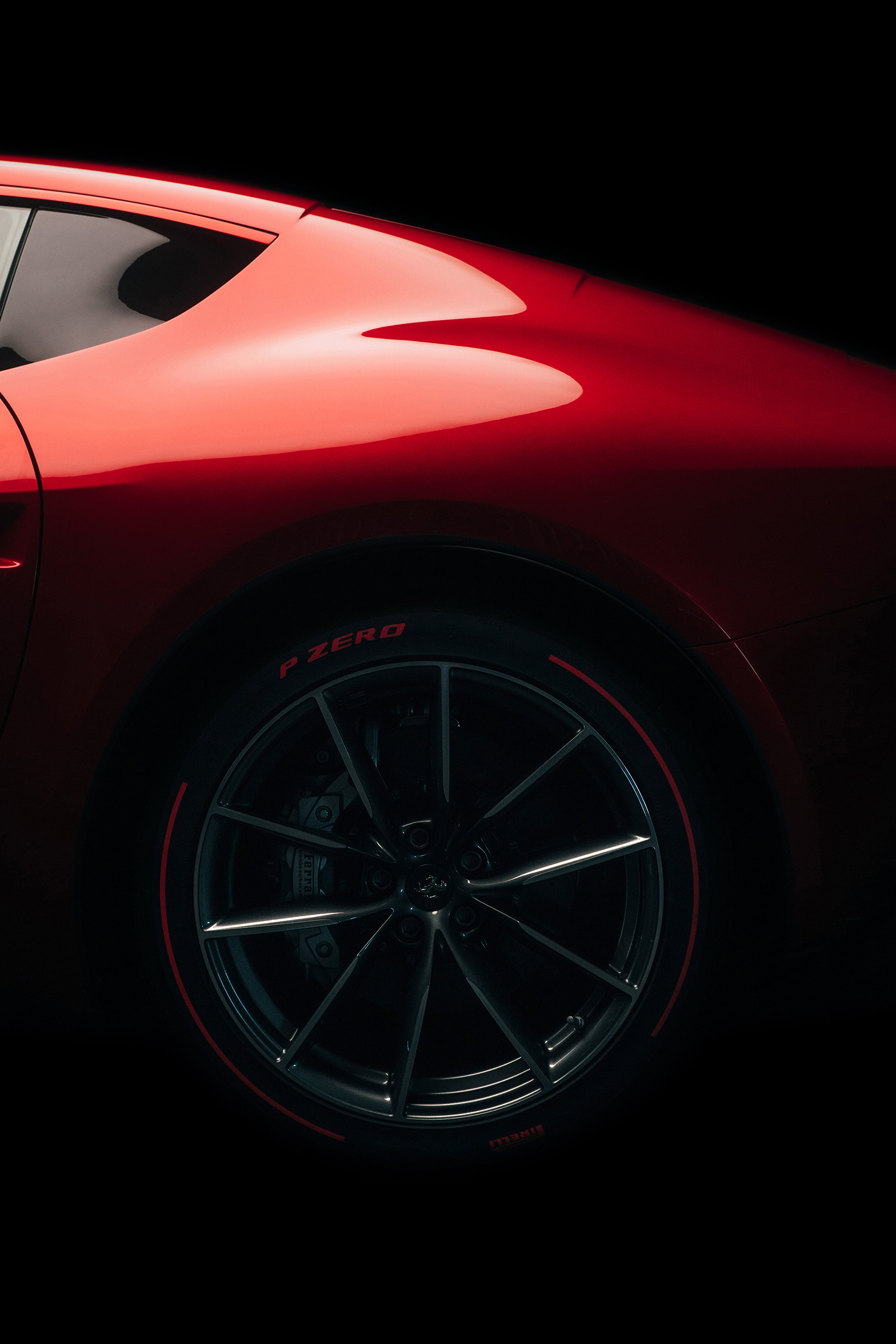 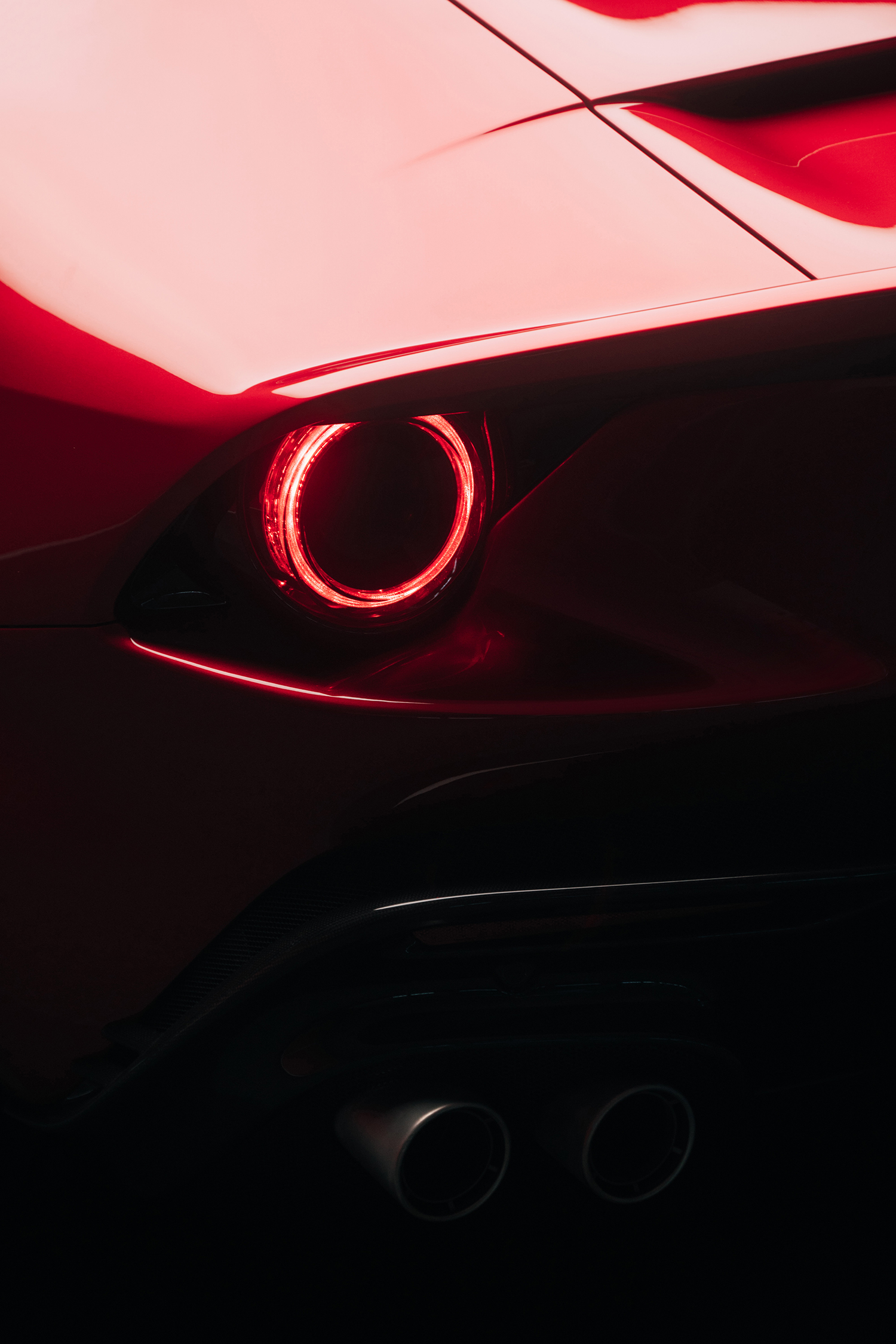