Universal Studios Japan has announced the grand opening on February 4, 2021, of the World’s First Super Nintendo World. The park will bring to life a highly themed and immersive land featuring Nintendo’s legendary worlds, characters and adventures where guests will be able to play inside their favorite Nintendo games.

Super Nintendo World will feature Mario Kart- and Yoshi-themed rides and attractions, as well as restaurants, shops and other experiences that can only be found at Universal Studios Japan. The colorful and interactive area offers a new theme park experience that lets guests immerse themselves in the world by wearing a Power-Up Band, an innovative technology to help bring gameplay to life and allow guests to keep score. Guests with a Power-Up Band can also punch Blocks, collect virtual coins and more to bring the experience of playing Super Mario games to the real world. 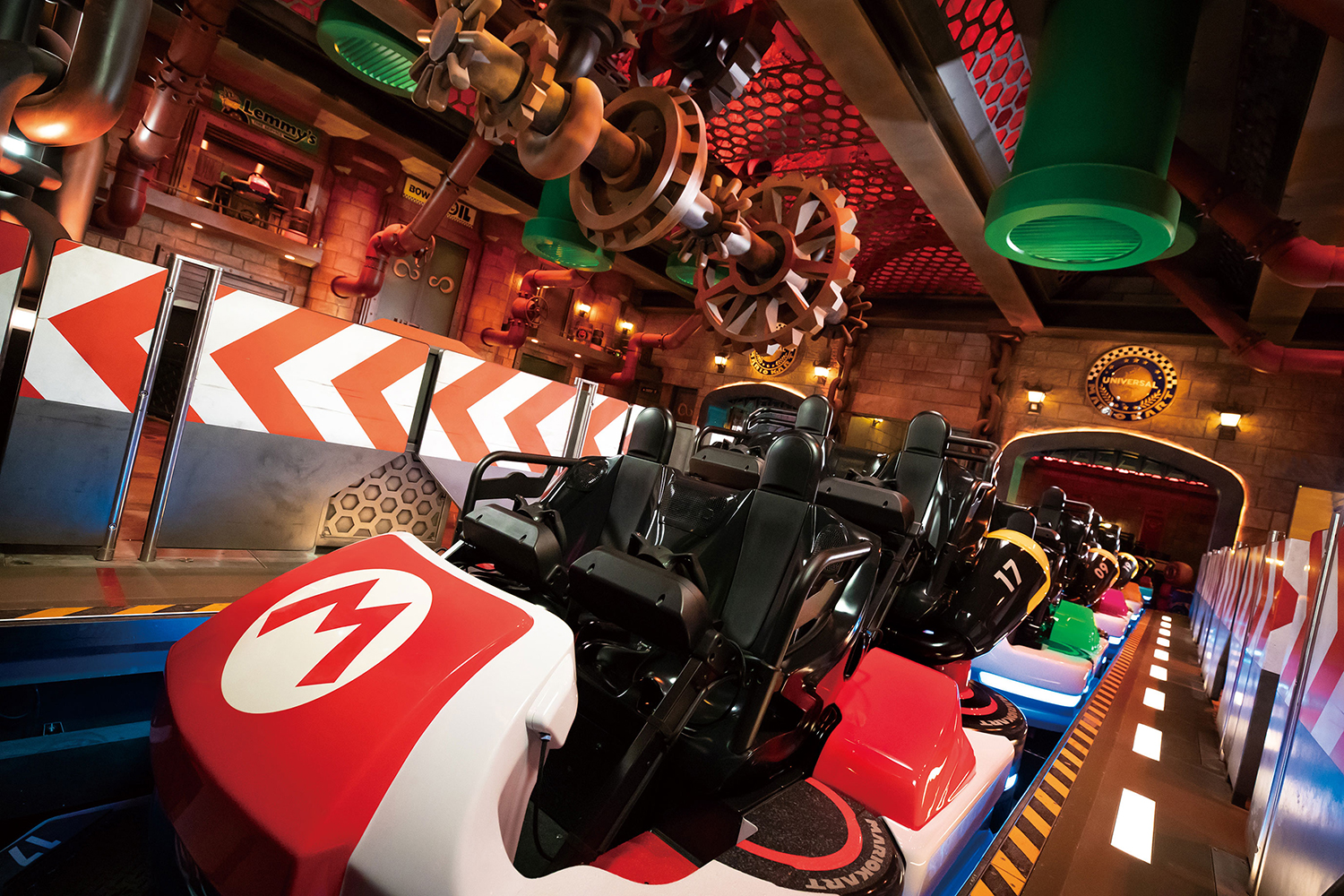 Bowser’s Castle is another of the attractions present in the park. The inside of the castle has a mysterious atmosphere with stone walls, spiked fences and heavy iron doors along with a massive stone statue of Bowser at the center of a grand staircase. The powerful scale of the statue makes one feel as if Bowser will suddenly start to move. 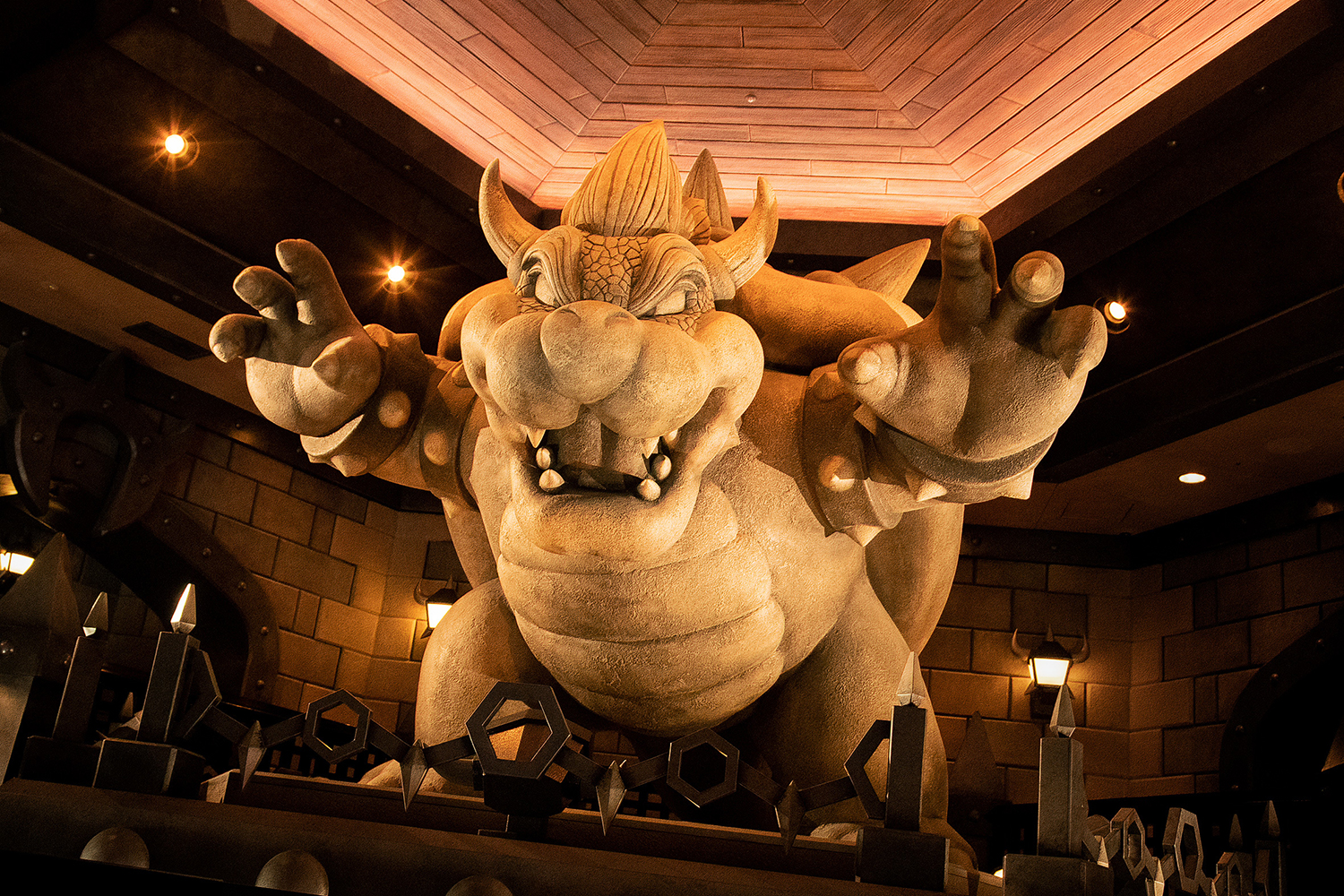 “At the heart of the castle lies the world’s first-ever Mario Kart theme park ride based on the Mario Kart series of games, which have sold over 150 Million units,” stated Thomas Geraghty, Sr. Director, Innovation & Global Executive Producer for Mario Kart. “Universal Creative has partnered with Nintendo to bring a real-life racing adventure to Universal Studios Japan with Mario Kart: Koopa’s Challenge! Guests will put on their headset which takes them through the Mario Kart universe to experience never-ending excitement and thrills.” 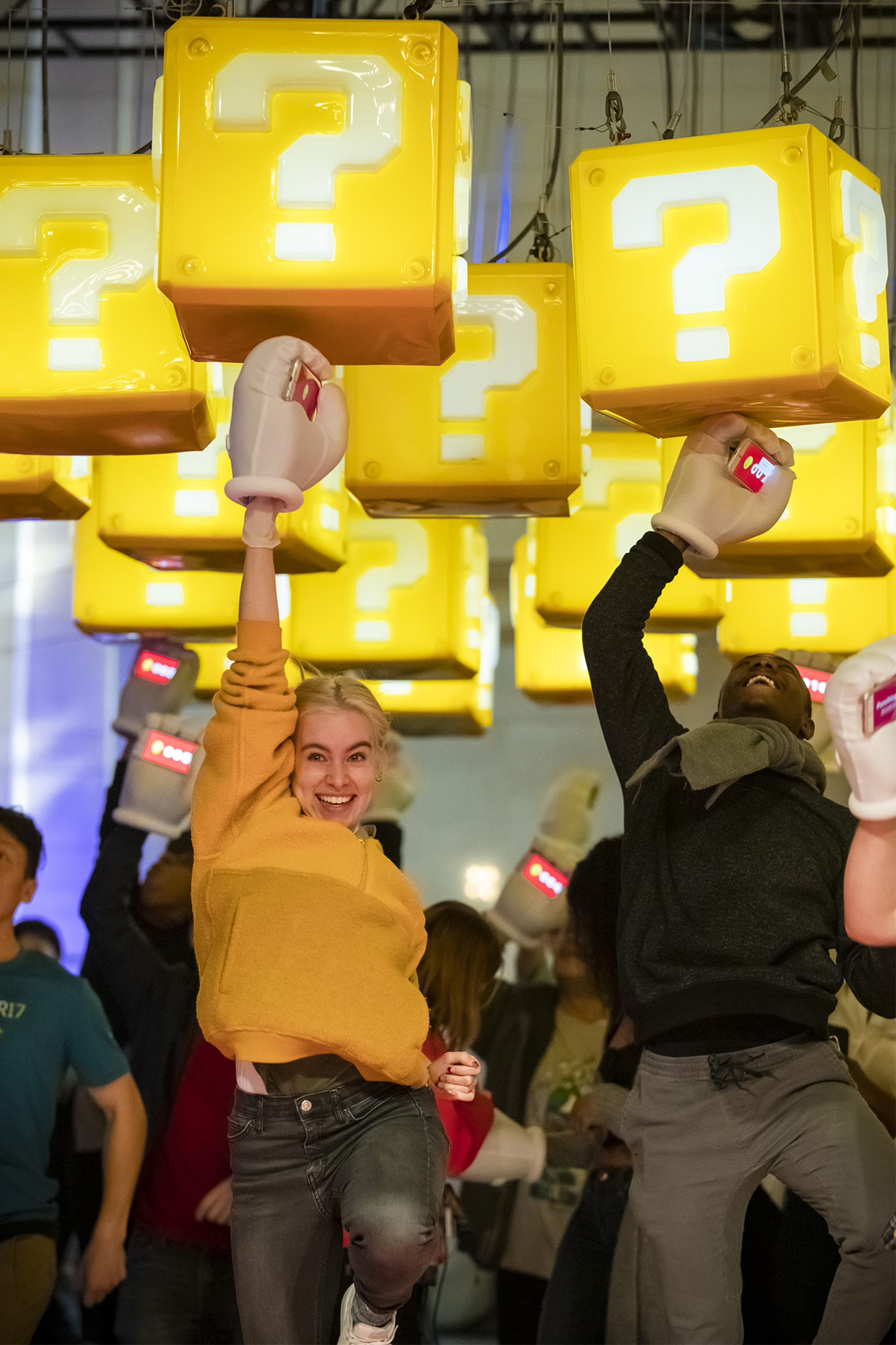 The world’s first interactive Mario Kart theme park ride at Super Nintendo World will immerse guests into the worlds of Nintendo. Guests will race through the iconic courses of Mario Kart with their favorite Nintendo characters and be transported into the Nintendo worlds where they’re not just playing the game, they’re actually being immersed in the game. They will steer into the Mushroom Kingdom and throw shells as they race to the finish line with Mario, Luigi, and Princess Peach! Win or lose, every race is a brand-new, life-sized Mario Kart experience.