At this year’s Consumer Electronics Show (CES), Mercedes-Benz has unveiled the MBUX hyperscreen, a 56-inch (141 cm) unique screen unit consisting of three apparently seamlessly merged displays. This is not only the largest human-machine interface built by Mercedes-Benz to date but also by far the most intelligent – aesthetically impressive, radically easy to operate and downright eager to learn. Thanks to artificial intelligence, the display and operating system adapt completely to the user and make personalized suggestions for numerous infotainment, comfort and vehicle functions depending on the situation. The MBUX Hyperscreen will be launched in the fully electric EQS luxury saloon.

“The new MBUX Hyperscreen combines unique electrical aesthetics with outstanding user-friendliness,” says Sajjad Khan, Member of the Board of Management of Mercedes-Benz AG and CTO.  “A decisive strength is the clever networking of all systems based on intelligent, adaptive software. This makes the Hyperscreen the brain of the car; it’s connected to and communicates with all components of the vehicle.” 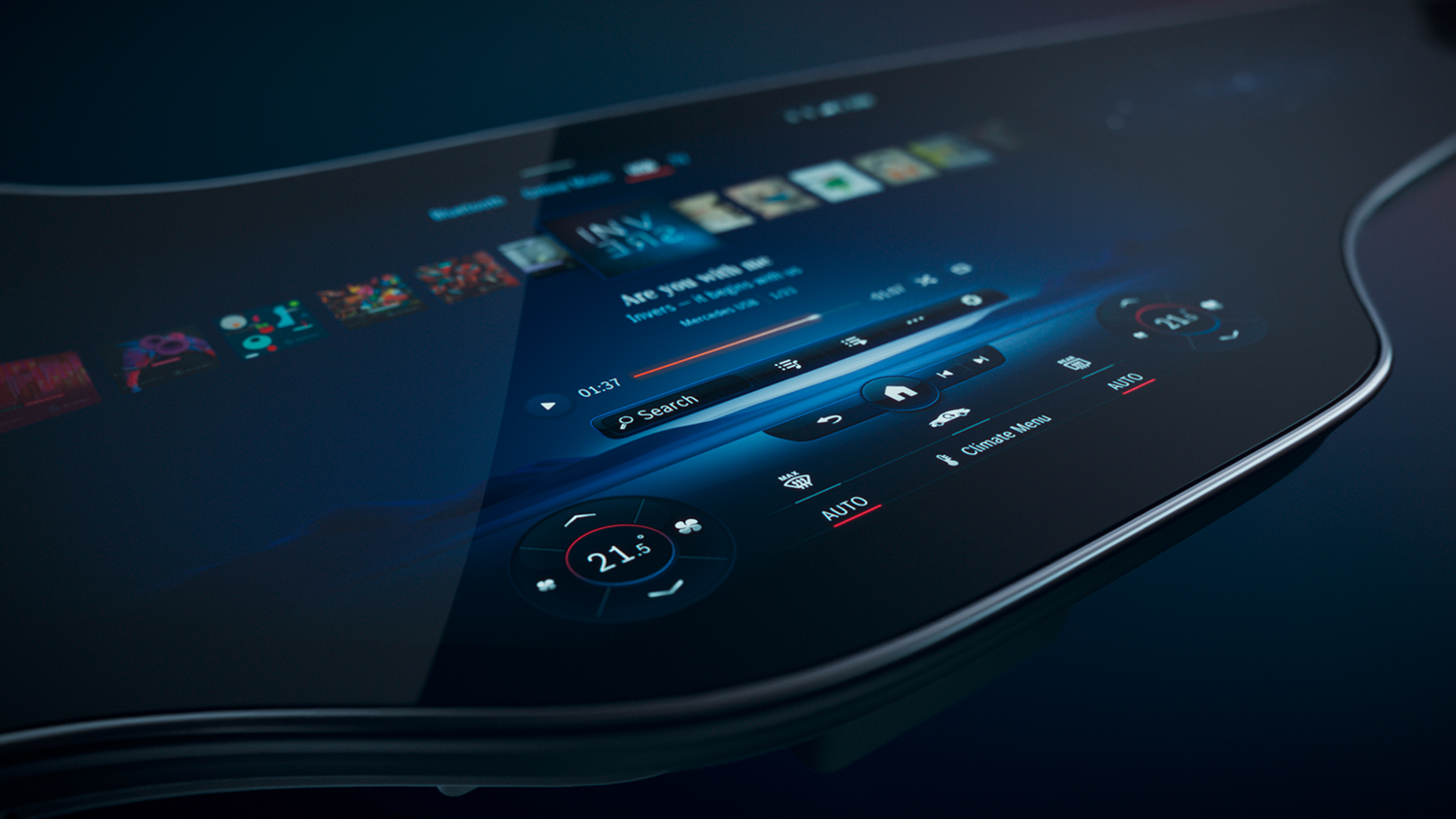 Exclusively at CES, Mercedes-Benz is presenting a new MBUX feature for the first time: ‘Mercedes Travel Knowledge’. This intelligent function evaluates map data and, moreover, its surroundings and provides a lot of information about interesting landmarks along the route, from individual buildings or points of interest to entire cities. The driver or passenger can simply ask a question as they drive past – for example, “Hey Mercedes, what can you tell me about this building?” or “Hey Mercedes, what is the name of the restaurant on the left?” – and the information appears on the respective display as well as spoken by the voice assistant. Thanks to the flexible update concept from MBUX via the cloud, this feature will also be immediately available in the new S-Class in addition to the EQS. 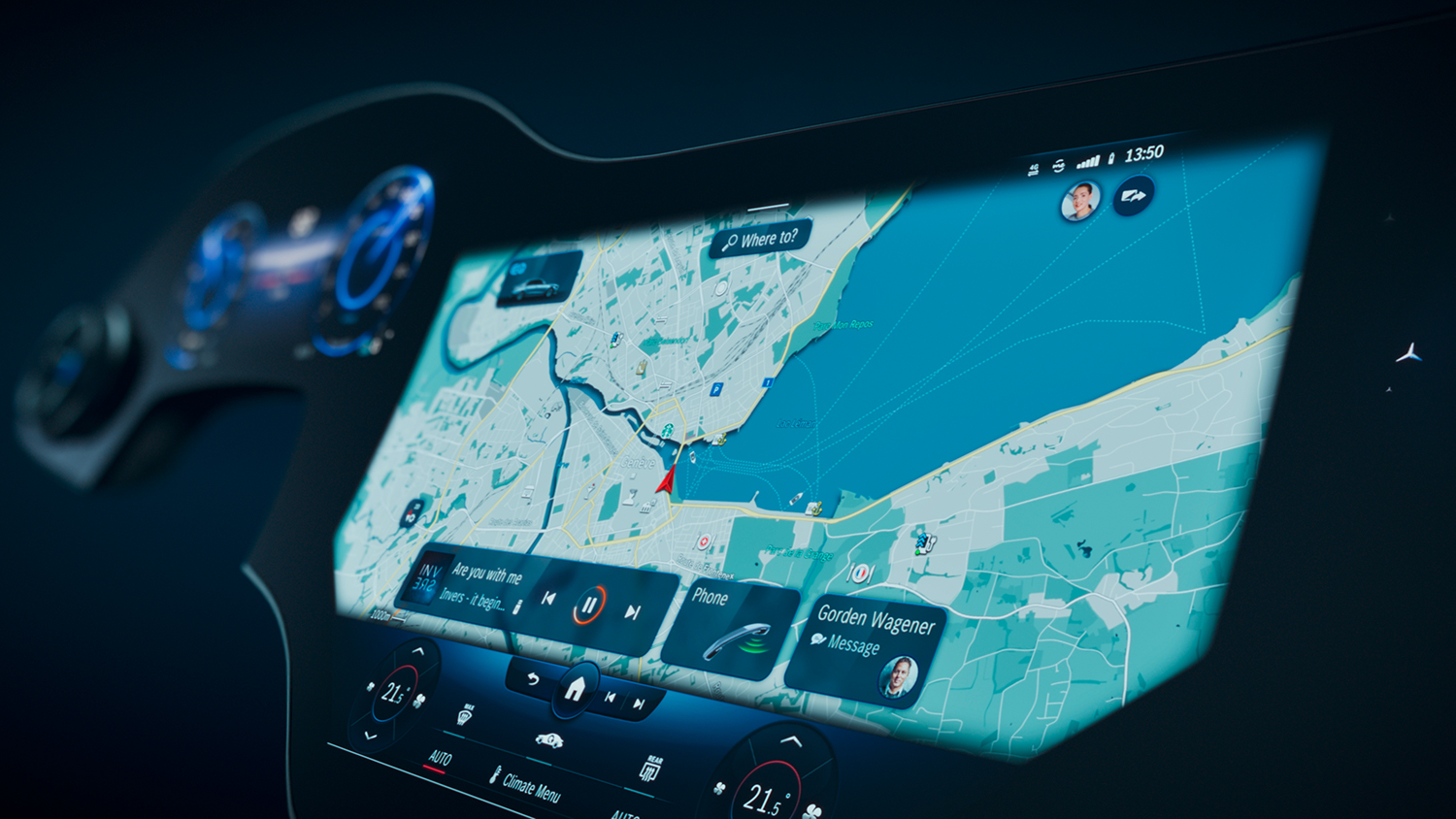 To get to the most important applications on the MBUX Hyperscreen, the user does not have to scroll through submenus or enter voice commands. This is why Mercedes-Benz calls the system a “zero layer”. The most important applications, such as navigation or telephone, are always offered situationally and contextually on the top level in the field of vision. More than 20 other functions – from the active massage program to suggestions for the to-do list – are automatically displayed with the help of artificial intelligence if they are relevant for the customer. 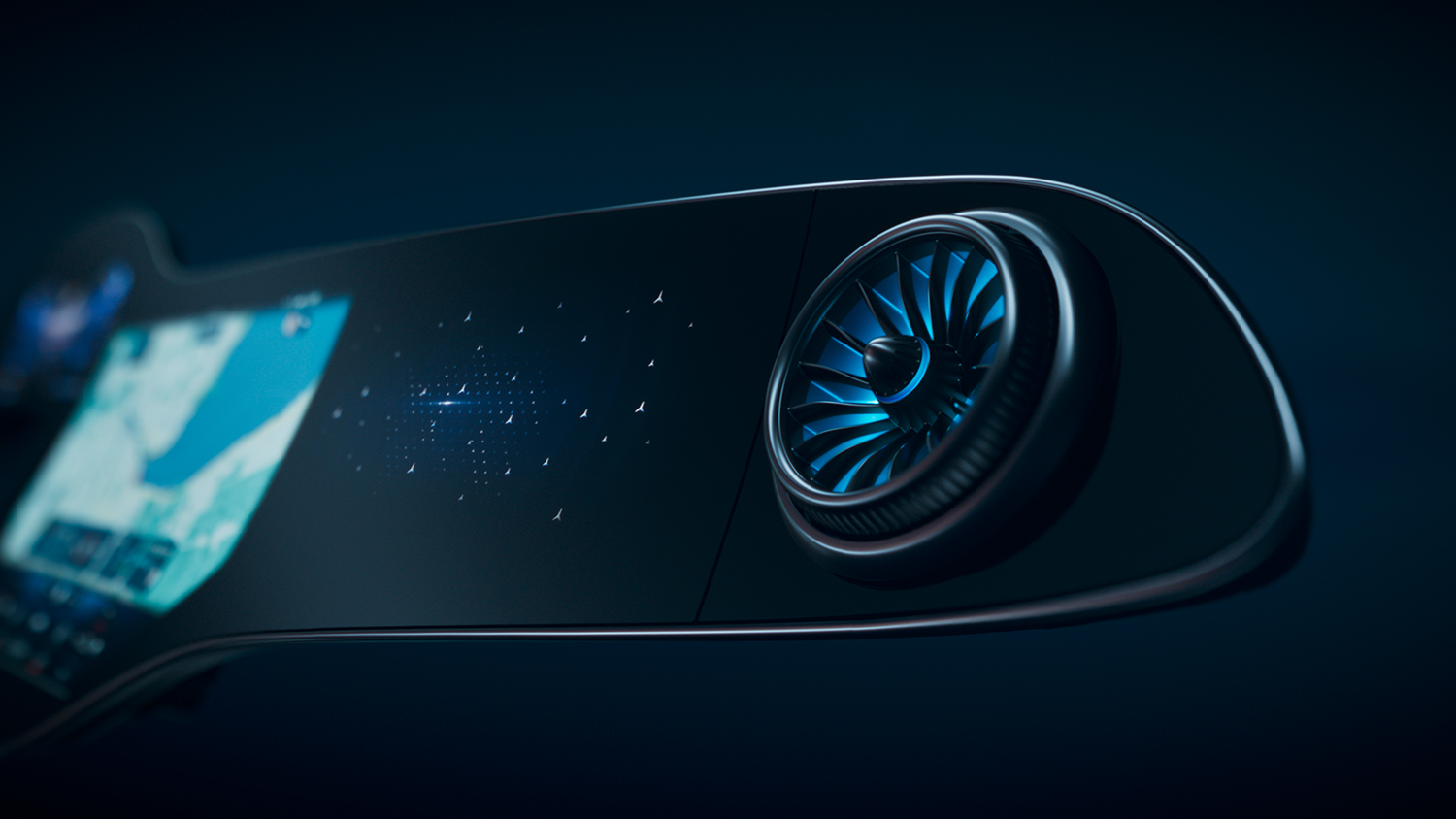 “When developing the MBUX Hyperscreen, the focus was clearly on the customer,” said Sajjad Khan. “The goal was a concept without distracting the driver or complicated operation, but one that is capable of learning thanks to artificial intelligence. The result speaks for itself: the MBUX Hyperscreen understands the customer better and better and thus delivers a customized, personalized infotainment and operating offer before the user has to click on anything. This is customer orientation and digital thinking in 2021.” 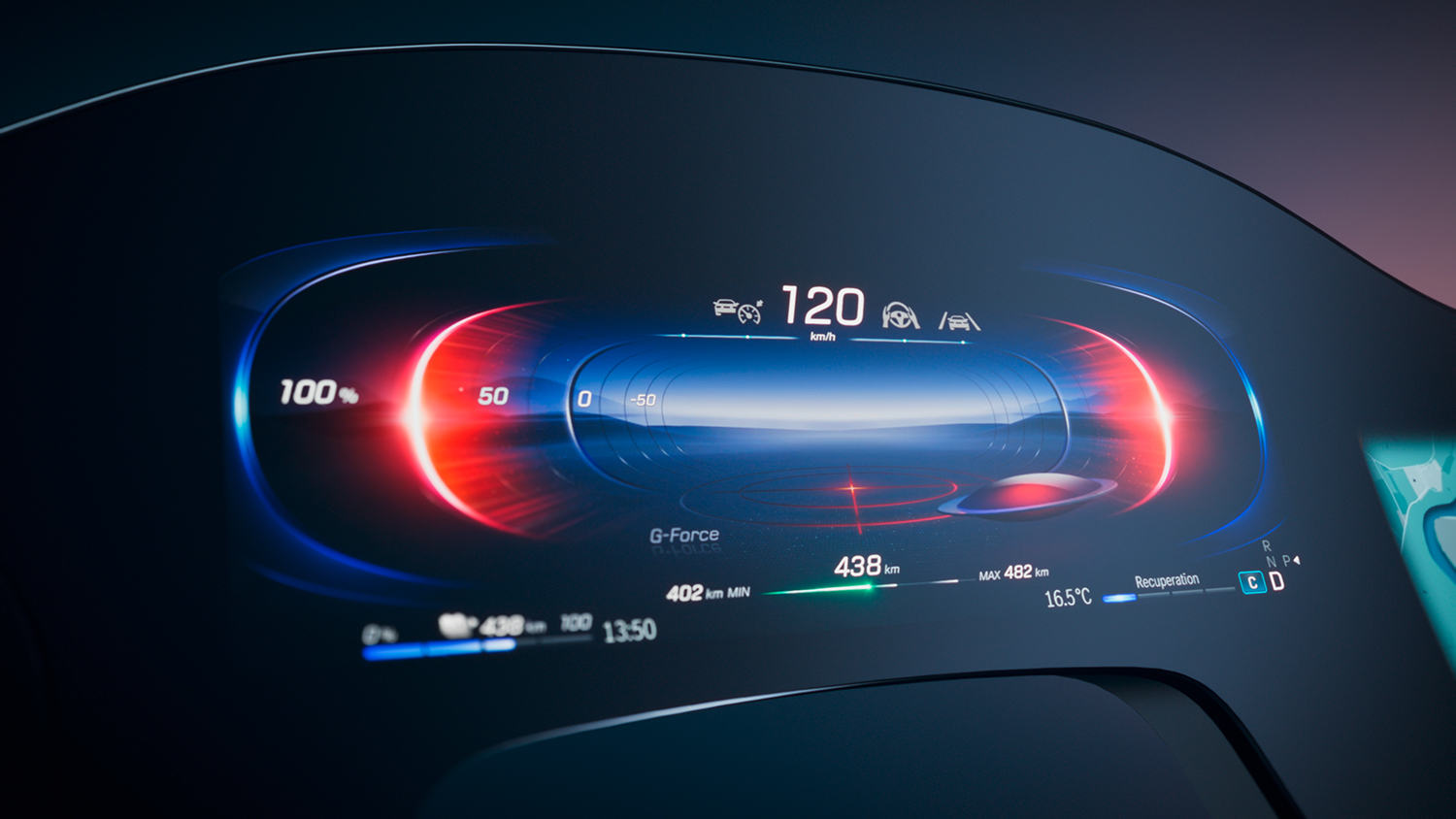 For haptic feedback during operation, a total of twelve actuators are located under the touchscreen surfaces. If a finger touches certain areas there, they trigger a noticeable vibration of the cover plate. Eight CPU cores, 24 gigabytes of RAM and 46.4 gigabytes per second RAM memory bandwidth are among the technical highlights.