Italian practice CRA-Carlo Ratti Associati has teamed up with the drone company Flyfire to prototype a new system for connecting and managing large swarms of drones. The new system revolves around a mesh – a “Flying Drone Blanket” that fits inside a suitcase – that allows fleets of quadcopters to take off simultaneously. Conceived as a modular design, the blanket could scale up to a formation of 10,000 units, resulting in the largest drone show ever. This concept brings us closer to a future of autonomous drone swarms with a wide range of applications, from light shows to environmental sensing to aerial 3D scanning. 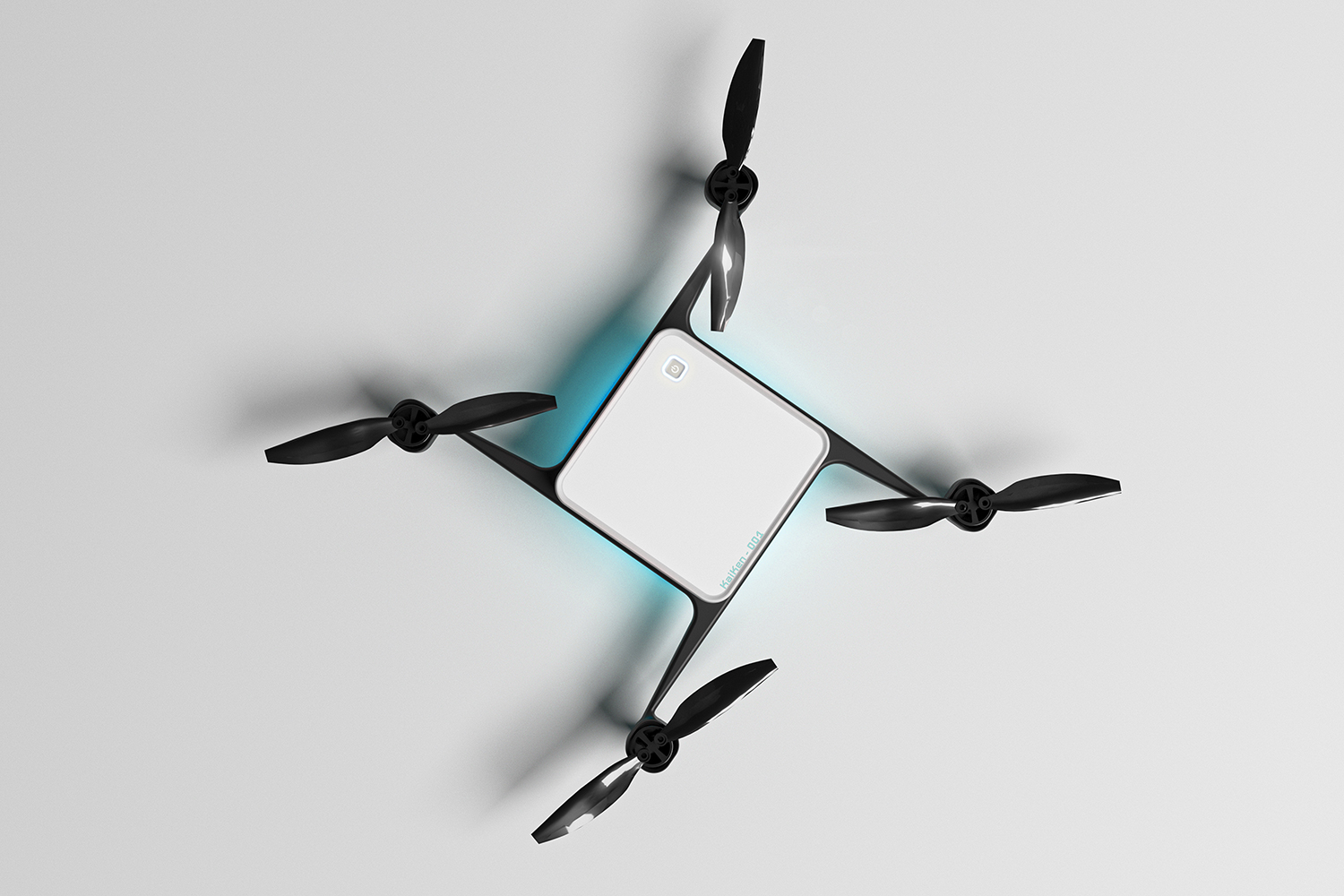 The new system offers ease of deployment, all starting with a single suitcase. Inside, users can find the “flying blanket” – a semi-rigid structure that both mechanically and electrically connects drones together. Each blanket could hold up to 16 drones and doubles as their charging pad – ensuring that the entire system is quickly deployable. To take off, each quadcopter makes a 45-degree handle turn and spins out of the blanket. With the inverse movement, the drones lock back into the mesh and immediately begin to recharge. The blankets can be linked together to create ever-wider launching areas – large enough to stage fleets of unprecedented size. 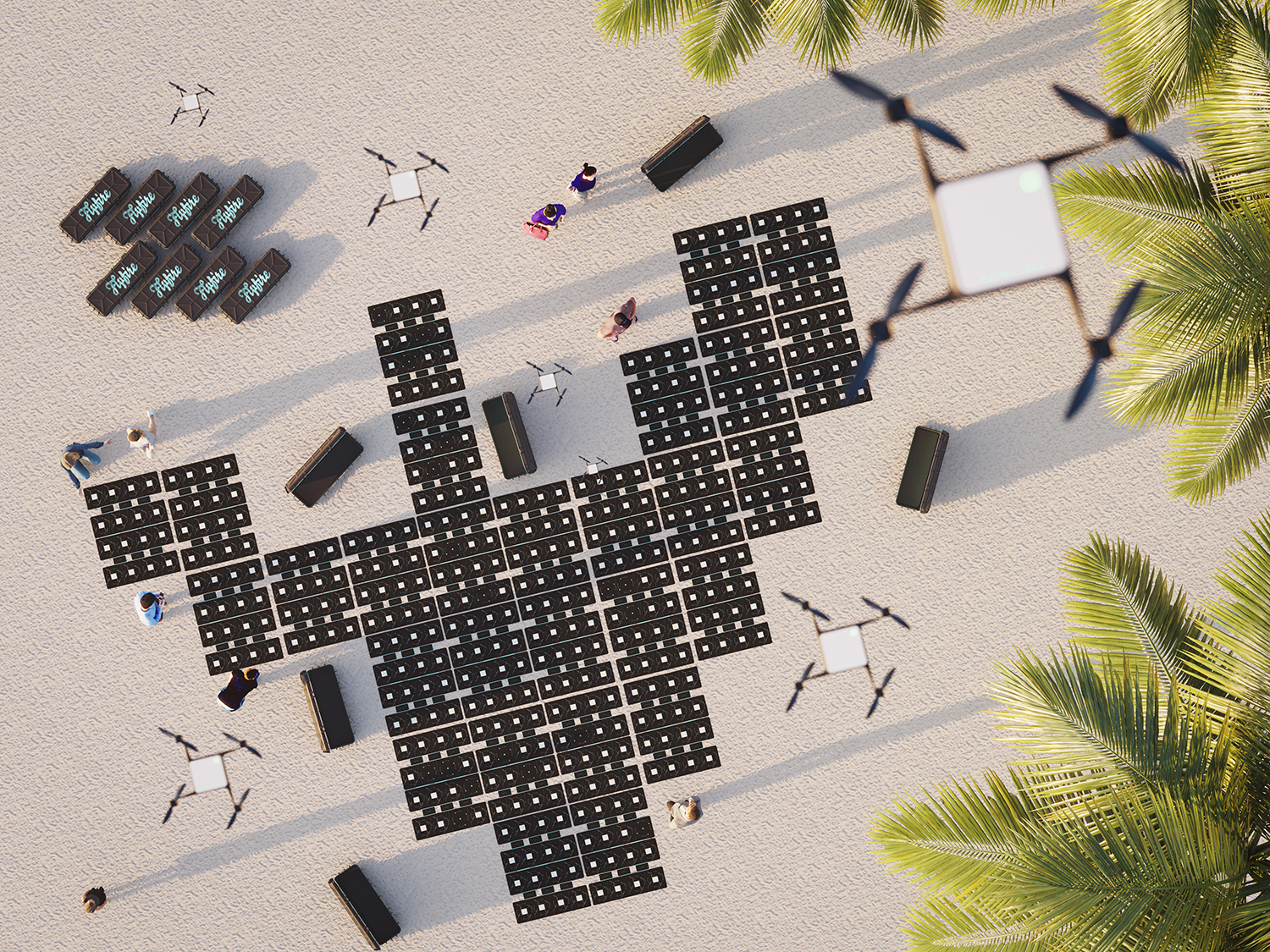 “In the last few years, individual drones have become a common presence in everyday life. Working with Flyfire, we set out to explore the next challenge – how do we make drone swarms more attainable?” asks Carlo Ratti, director of MIT Senseable City Lab and founder of CRA. “With this project, we imagine a near future where drone swarms can be used for multiple purposes – from light shows to mapping buildings with 3D scanning to sensing air and water quality – in a scenario that we might describe as an ‘Internet of Flying Objects.'”

“When our team started Flyfire we set out to bring the best of what drone design has to offer to the realm of light shows and then to autonomous swarm operations. Together with CRA we can have a glimpse of what the future might hold for robotic swarms in our cities – and then make it a reality,” says Nikita Rodichenko, CTO at Flyfire. 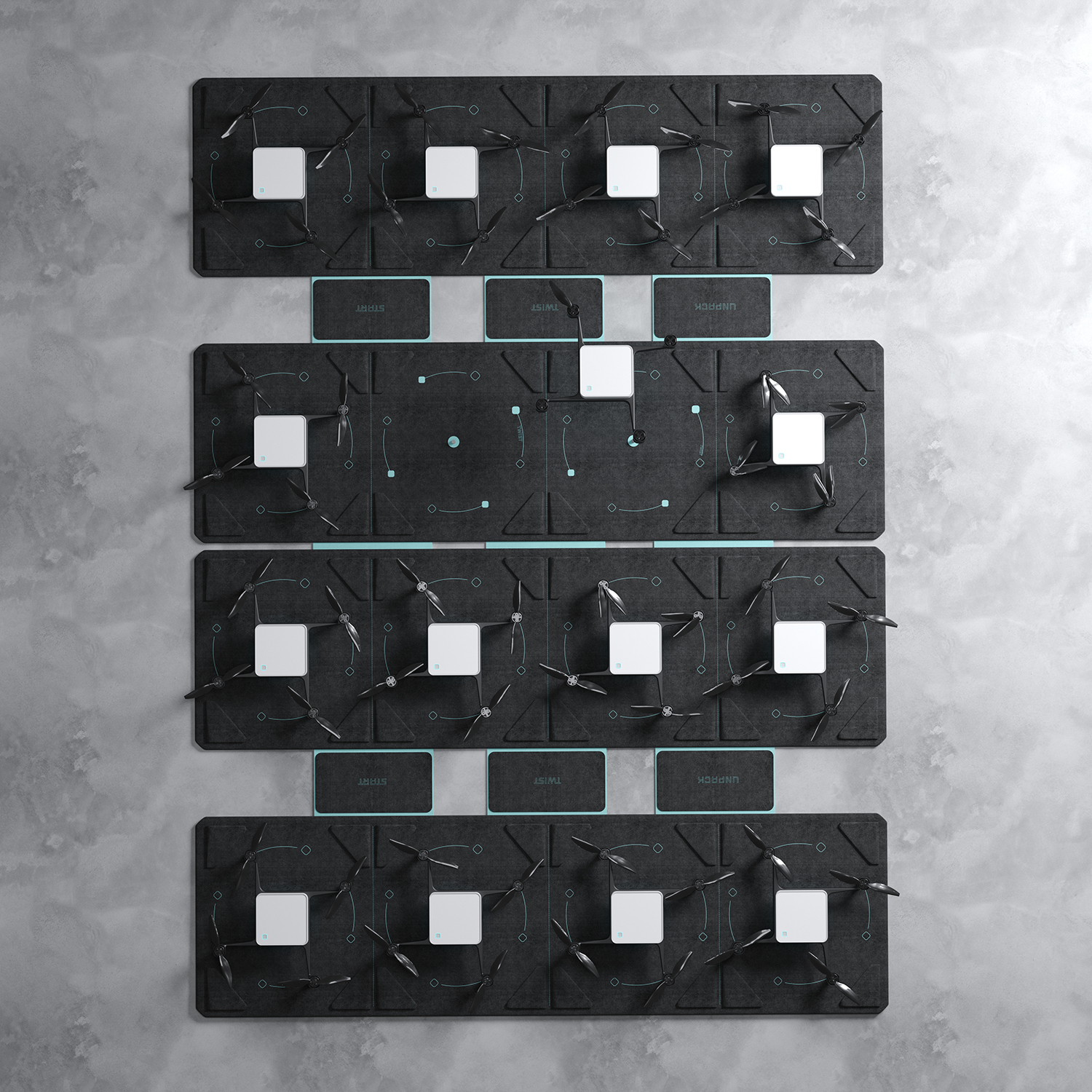 Each drone has a sleek modular design that supports a multiplicity of functions. Smart batteries paired with an advanced Drone Management Controller (DMC) allow users to experience hassle-free operations. Compact, lightweight, and robust, even a single device can be visible from long distances thanks to ultra-bright LEDs. The system is fully compatible with Drone Show Software, making it possible to quickly plan and perform a “choral” light show in which swarms of drones work together.

Flyfire has been operating in the drone field since 2010, and it already markets a cutting-edge, best-selling drone system for light shows. CRA brings its experience in design and innovation – including Carlo Ratti’s first project involving drone swarms, unveiled during a 2011 TED Talk. The first collaboration between CRA and Flyfire was unveiled in 2018, on the occasion of a collective drone drawing performance in Turin, Italy called UFO-Urban Flying Opera (UFO) which was promoted by Compagnia di San Paolo and coordinated and produced by Fondazione LINKS.