Using the car battery in winter

Winter is a test not only for people and all living organisms but also for cars in general and their parts in particular. About how to properly store, operate, and care for the car battery, we will talk about it. In winter, the battery discharges its capacity much faster than in the warm season. Agree that to stutter in the middle of the winter road – an event from the category of unpleasant. In fact, even you will have to wait for the arrival of the wrecker in the cold – you can’t warm up the car. Therefore, it is necessary not only to operate the battery correctly but also to follow certain rules of its storage in the cold season.The battery, if properly used, will never let the driver down, even in the most severe frosts. Not fully charged battery may not let you down in the summer months but immediately will not show its best side in winter. Therefore, it is necessary to make a rule to check the battery, and if necessary, even replace it when entering the autumn-winter period of car exploitation. In the family of modern batteries, it is very difficult to find serviced batteries, so when the indicator of the current output is below the standard, battery replacement before winter is an obligatory and indisputable matter. Nowadays, it is not difficult to choose a battery. It all depends on the financial capabilities of the motorist and his preference for a particular brand of the battery manufacturer. Some domestic car owners are characterized by such a common mistake as buying and installing a new battery with a deliberately higher capacity than it is provided in the technical specifications of the car. In this case, both the alternator of the car suffers because it has an increased load and the battery itself – the installed generator is not able to fully charge the battery, resulting in a significant reduction of its service life. Before installing a new battery on the car, it is necessary to check the polarity of the terminals so as not to cause trouble.

Battery life is affected by storage and operating conditions. Frequent starts and short trips, when the battery is only discharged before it has time to take charge, do not prolong the battery life. Equally detrimental are problems in the car’s electrical wiring, which directly affect the battery’s longevity. Even such a seemingly small thing as a weak attachment of power cables to the battery terminals significantly reduces the battery life.In winter, the load on the battery increases significantly. We turn on the cabin heating much more often than in summer we activate the dipped beam and windshield wipers. Do not forget that even the brake lights come on more often than in summer. Therefore, in winter, the battery requires more care. It is very important to know and follow the rules of winter battery operation. If you have common car problems, you should solve them as recommended by the manufacturer or you can use the car site www.cars-directory.net, which has many pictures of cars, technical specifications and descriptions of the real problems of car owners.Let’s try to figure out how to avoid accelerated battery discharge in winter. Surely many of us have seen a motorist asking a colleague for a “light” because overnight, his battery is completely discharged under the influence of low temperatures, and some of us have been in the role of cigarette lighters. To avoid this, follow a few simple rules. First, we check the electrolyte level, for which we draw the substance from each jar with a special blower. Second, we carefully inspect electrolyte for transparency: if there is sediment, then there is a high probability of shattering plates in a particular jar, which will inevitably lead to shorting of plates. It all depends on the time when the short circuit occurs. If the electrolyte level is low, distilled water should be added to the jar. Then check the density of the electrolyte and the voltage of the battery as a whole, and separately on each bank. If the voltage is less than the normative, it is necessary to recharge the battery. 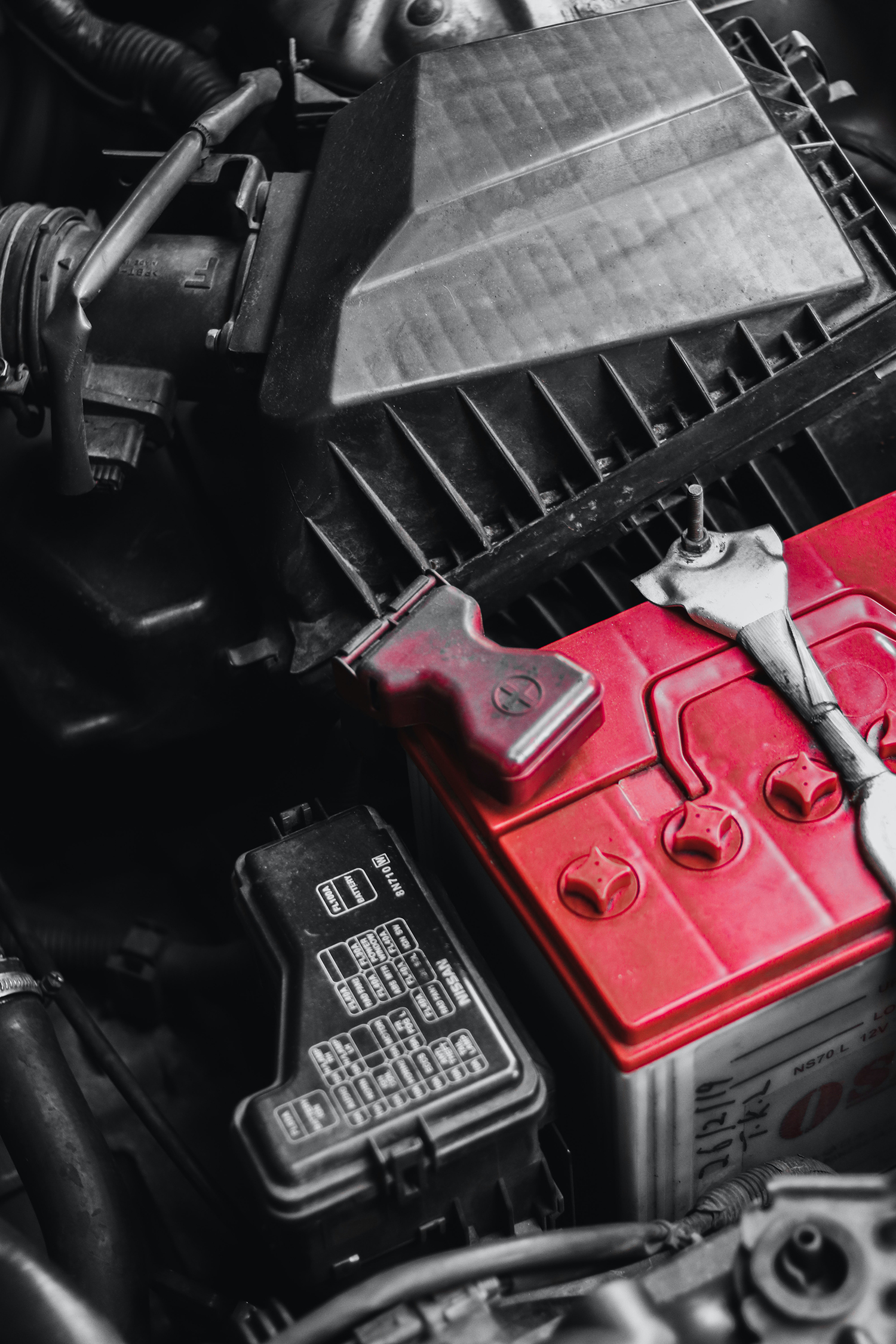 Procedure for recharging the car battery

Let’s look at the order of charging a “dry” battery. Everything is quite simple: fill up the electrolyte. The only condition is that the temperature of both the electrolyte and the battery to be filled must be at least 10 degrees Celsius. All plugs on the battery must be open. Fill each jar either to a special mark or to a level higher than 1.5 cm above the plate. After that, allow the battery to stand for 15-20 minutes, rock it slightly from side to side and, if necessary, top up the electrolyte. Then screw in the plugs tightly – the battery is completely ready for work. Already filled batteries, of course, do not need such a procedure.Now let’s consider how to properly store the battery in the conditions of Russian winter. Some domestic motorists (and there will be a lot) prefer not to operate your car in winter. They allow themselves, mainly those who have an opportunity to keep the car not in the open air but at least in the unheated garage. If you are from this group of car owners, then the minimum of what is necessary to do for the safety of the accumulator is to remove one of the battery terminals. And ideally, remove the battery completely and take it home, where it will overwinter nicely in a warm room. This refers to the case when the garage is not heated. If the car winters in a warm room, then such measures should not be taken.

Storage of accumulator in winter

But let’s imagine that we did remove the battery from the car. For each type of battery, there are specific conditions for storing them in winter. For example, for dry batteries, the main thing is to store them in a warm and ventilated room – then there will be no problems with storage and subsequent operation. The only caveat is no direct exposure of the battery to sunlight. Only store the battery pack in an upright position. After the battery has been removed from the vehicle, it should be cleaned of dirt, residual electrolyte. Carefully inspect the battery and if an insufficient electrolyte level is found, top up with distilled water in those cans where necessary. After the electrolyte level has been restored, recharge the battery with a special charger.If it is not possible to check the charging level of the battery before the steady heat comes, you can use the following uncomplicated way to store the battery in winter. After the charging procedure is complete (described above), drain the electrolyte from the battery. Rinse with distilled water banks, and it is necessary to do it at least twice, and the second time the water should stand in the banks for 15 minutes. Now in an empty battery, pour a solution of boric acid. After that, wipe the battery with a dry rag and put it away until the warm season. This method guarantees the safety of the battery and eliminates the possibility of spontaneous discharge. Before installing the battery after winter “hibernation” on the car, you must drain the boric acid and pour the electrolyte solution. After the electrolyte has settled down (this process takes on average 45 minutes), we measure its density. And only then install the battery in the car.

It is equally important to keep the battery pack clean at all times. Periodically clean the battery terminals with fine sandpaper, and after cleaning, apply a thin layer of lithol to the terminals to improve conductivity. You can additionally insulate the engine compartment of the car, which will increase the life of the battery in winter. Thermal insulation is carried out with a special material, which can be purchased at any auto store or even at the market.

During the cold season, the vehicle owner is required to check the battery charge level at a much higher frequency than during the summer season. This is due to the fact that the battery density tends to decrease much faster in winter than in summer. After starting the car engine, do not immediately turn on the heating system or lights – it is necessary to give the electrolyte solution some time to warm up so that the battery painlessly takes the additional load caused by electrical appliances.Be sure to pay attention when buying a new battery for winter use to the performance characteristics of the battery factory. Thus, for harsh climatic regions of our country, there are special batteries marked “arctic”. These batteries provide reliable and stable operation even at ambient temperatures below “minus” 45-50 degrees Celsius.If you follow the simple rules of operation and storage of batteries during the winter months of the year, you can ensure a long and trouble-free operation of the battery for a long period of time. Do not treat your battery negligently – it can cost you dearly, both literally and figuratively.