The list of remote sensing opportunities becomes longer each year as more and more satellites with advanced sensors are launched by government organizations and private companies all over the world. The imagery retrieved from these satellites is analyzed and used in a variety of industries for navigation, climate research, military defense, and much more. For instance, one way to take advantage of Earth imagery is integrating it into a particular tool via satellite data API. It will allow for both easy access and analysis of satellite pictures based on the object of research.

Constellations of satellites are currently netting our planet, taking a huge amount of Earth pictures. And this imagery differs based on the satellite’s type, resolution, and accuracy that allows them to depict a wide range of surface processes and features. Let’s see how that works before moving to what exactly to consider when interpreting satellite imagery.

Based on the types of sensors they maintain, satellites can be active or passive.

Now, moving on to the types of resolutions that characterize satellite sensors.

Resolution is what determines both the quality and quantity of satellite imagery. Any remote sensor on a satellite is characterized by one of four resolution types:

However, it’s important to understand that there is no direct connection between the resolution and the accuracy of the retrieved image. Accuracy is determined by comparing the distance between the actual geographic location of an object and the position of this object in the picture. Satellite accuracy depends on its positioning technology, sensor viewing angle, and ground relief. 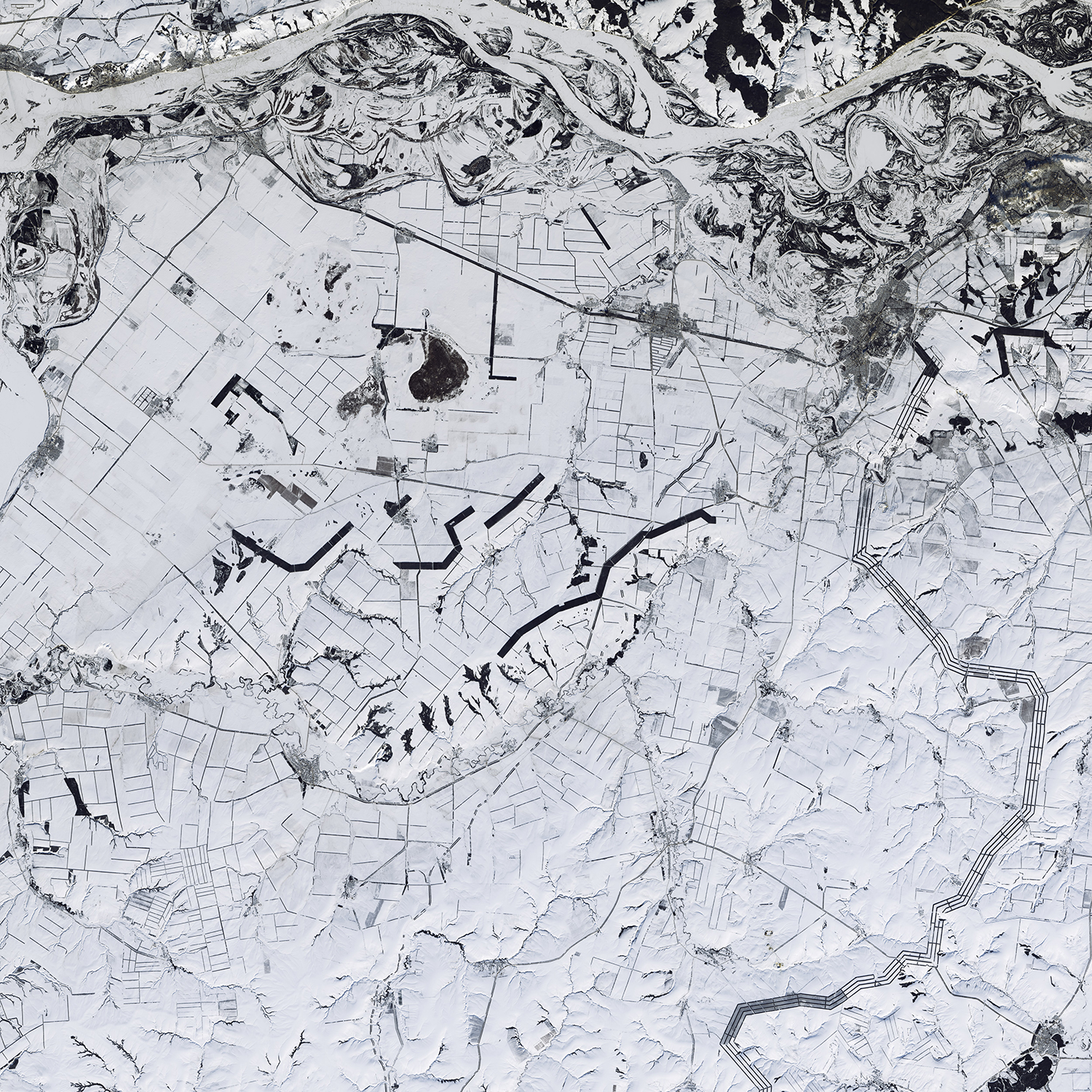 Visual interpretation of a satellite image implies observing the difference between different targets and the background. To do so, you’ll have to analyze the following visual elements.

It’s a critical element when distinguishing between different features or targets and means the color or brightness of details in a picture. Tone can also be analyzed to determine the object’s texture, pattern, or shape.

This is basically the outline of an object in the image, which can give a very helpful clue for interpretation. For instance, rectangular objects with straight edges usually represent farming fields, while such features as forests will be more irregular in shape.

Patterns are basically repetitions of similar tones and textures that are easily recognizable. The examples of a pattern could be a garden with evenly planted trees or a street with houses evenly spaced along the main road.

Texture is the arrangement and frequency of different tones in specific areas of a picture. Textures can be smooth and rough. Smooth textures imply uniform surfaces: grasslands, fields, asphalt, etc. Rough textures imply irregular surfaces like forest canopy. Besides, textures can be used to detect objects even on false-color images since it’s easy to detect the texture of water or mountains.

The main information a shadow of the object tells is it’s height. However, shadow is also a useful indicator when identifying different landforms, especially in radar imagery.

Ultimately, satellite imagery is an unmatched source of information depending on the satellite resolution, accuracy, and your ability to interpret the retrieved picture.