Benjamin Hubert of experience design agency Layer has designed a compact smart assistant called Capsula Mini. The smart assistant is the physical embodiment of the Mail.ru voice assistant, Marusya, and it has been designed to drive engagement with the company’s diverse services, which range from e-commerce and instant messaging services, to social networks and online gaming. In order to appeal to the widest possible audience, Capsula Mini needed to be visually unobtrusive, reflective of the softness of the home, and highly cost effective.

Capsula Mini is a compact smart assistant with a softly rounded visual language that sits comfortably in the home. The voice- and touch-activated device acts as a hub for the smart home, and can be used to control other smart products, play music, and interact with a variety of Mail.ru applications. 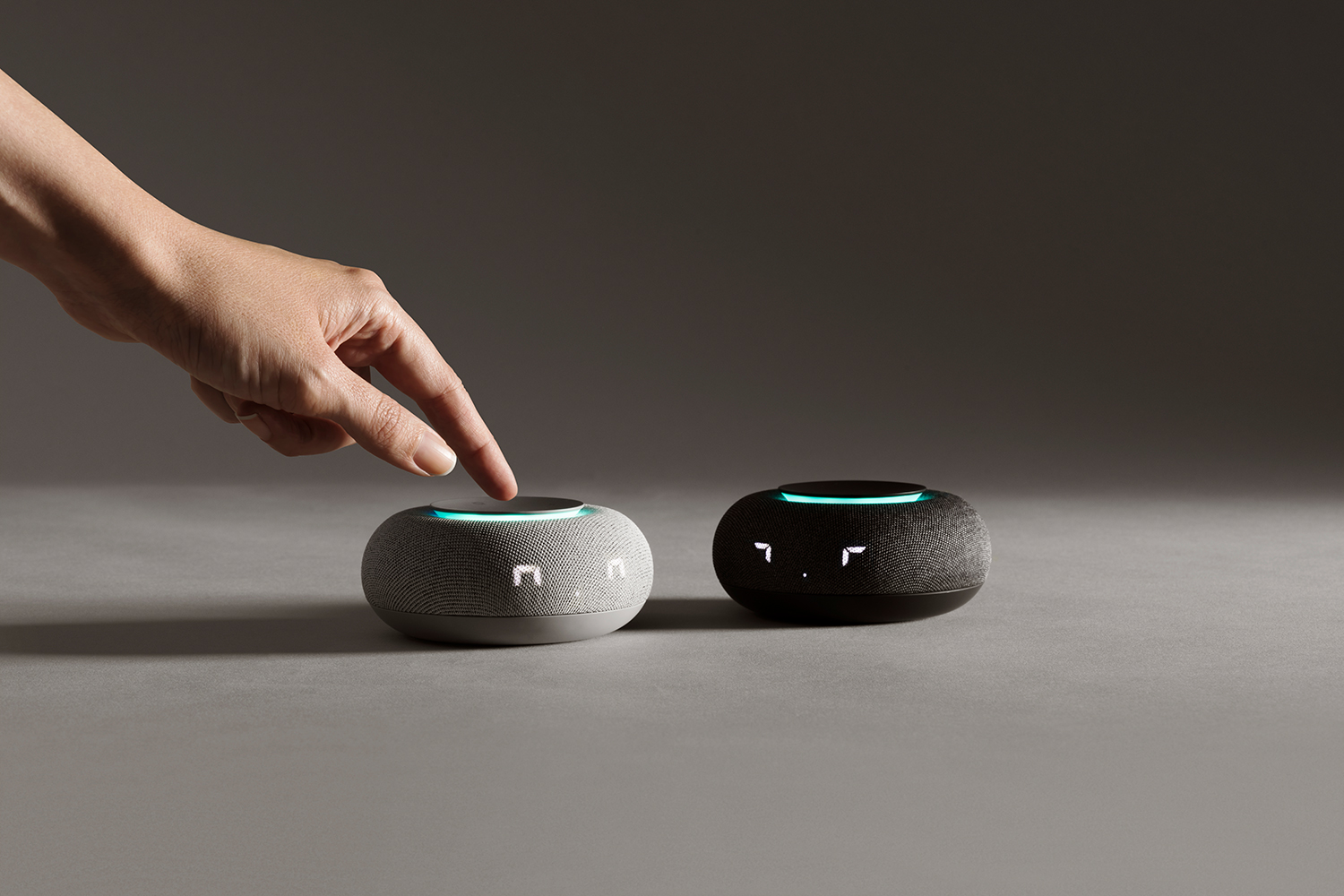 The form is driven by the need to integrate both an intuitive LED feedback display and a physical touch interface. As a result of this approach, a textile-wrapped donut-shaped form conceals a seven-segment LED display, while an intuitive interface panel – with volume control and power buttons – sits on top. An LED band below the interface panel offers subtle yet clear information regarding the status of the smart assistant, indicating listening mode, mute, start-up, and changes in volume using varying levels of brightness and colours. The seven-segment display showcases the time, bluetooth connectivity, as well as the expressions of the Mail.ru voice assistant Marusya, which bring the smart assistant to life. 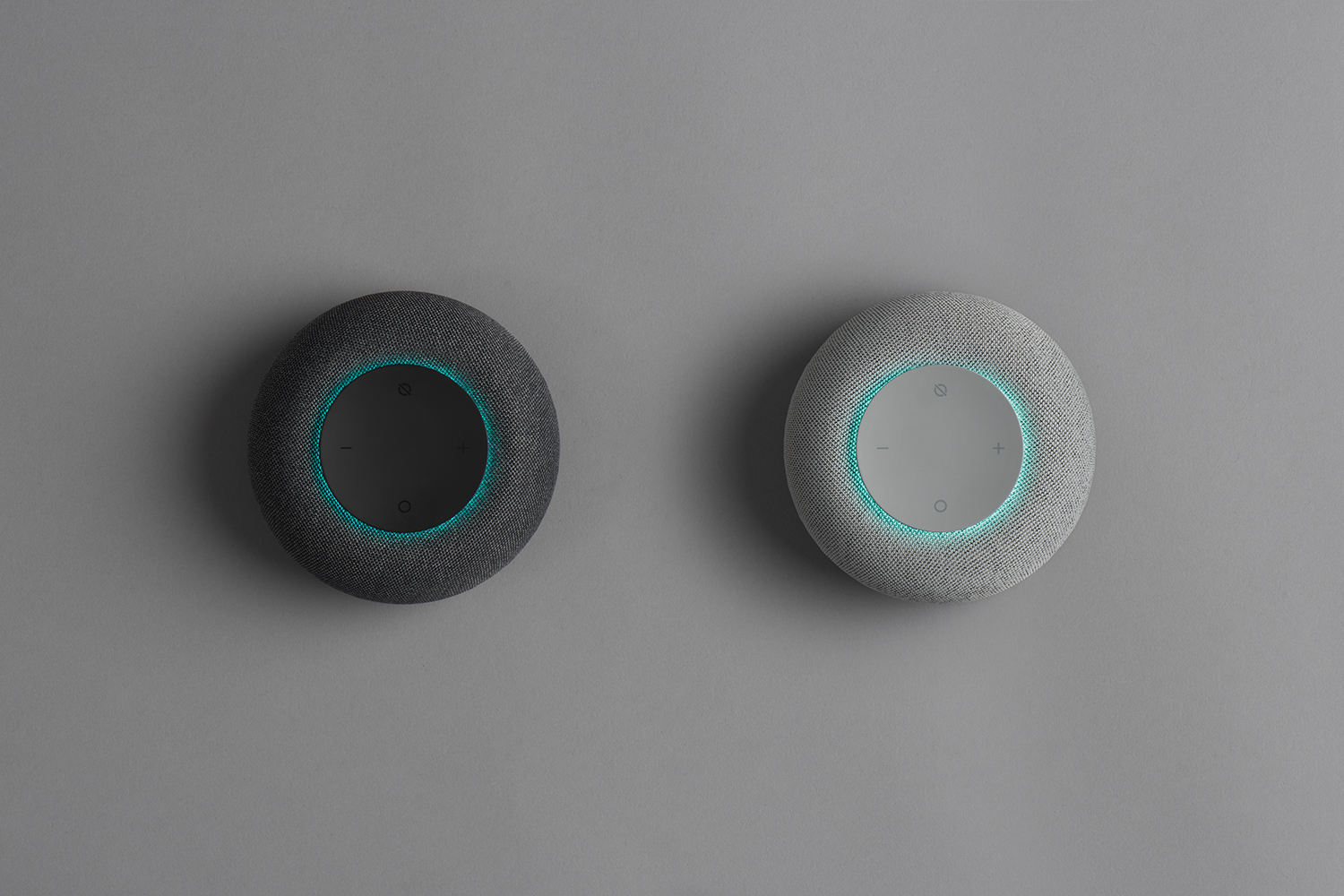 It was also essential that the smart assistant have excellent sound quality despite its compact size. This was achieved through the use of a full-range driver with an aluminium reflector, and a well-engineered acoustic chamber.

The friendly yet minimal visual language of Capsula Mini makes it accessible and appealing for users of all ages, from young children to elderly people with varying levels of tech-savviness. The smart assistant will initially be available in two colourways – dove grey and charcoal – with more to be released in the future. 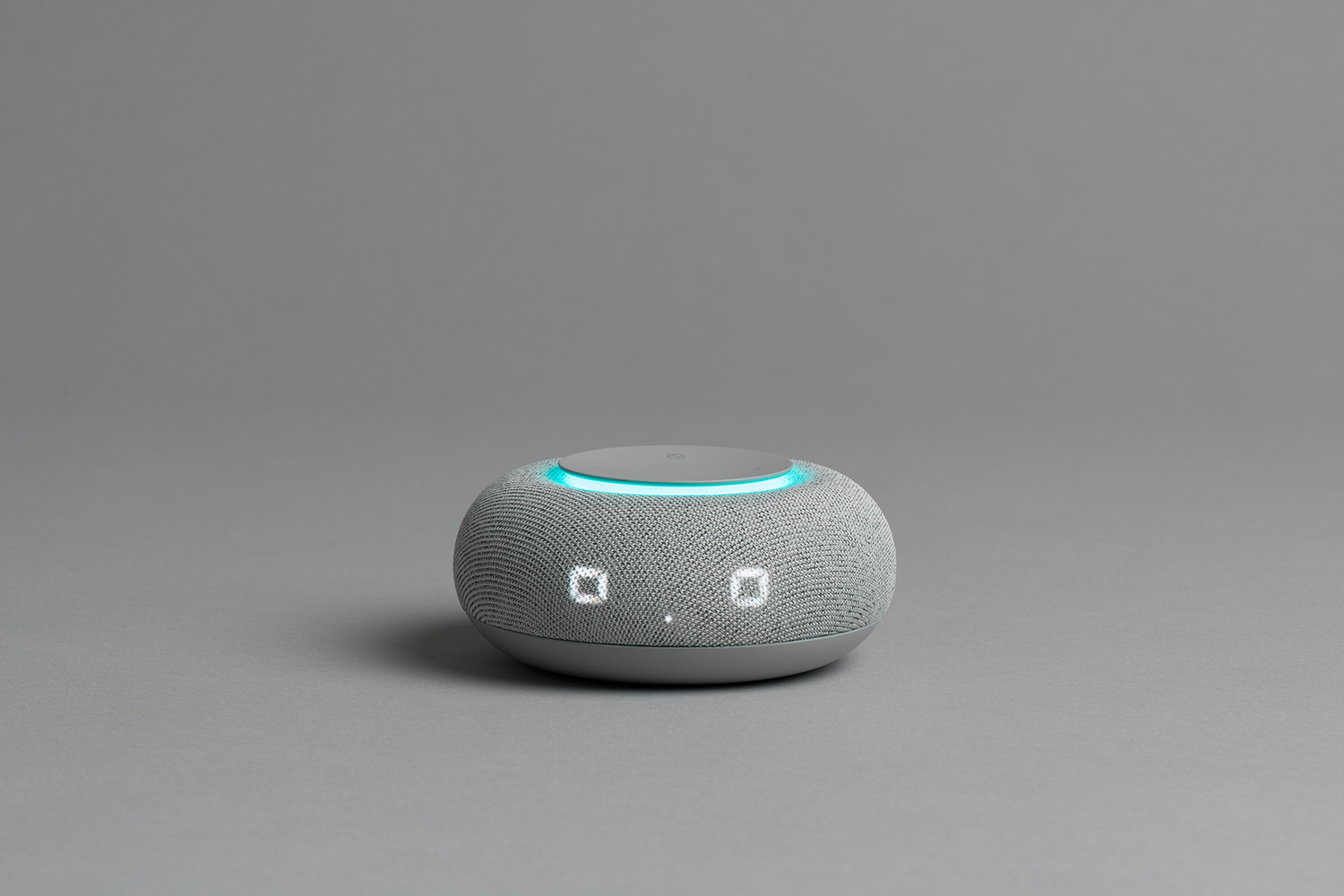 Capsule Mini is designed to be highly affordable, and the smart assistant was value-engineered from the outset. Alongside defining a visual language, LAYER also worked on design engineering and sourcing of materials and parts. Throughout the entire process, there was a focus on minimising parts and reducing the bill of materials (BOM), while maximising the sensitivity of the visual language to create a high perceived value. 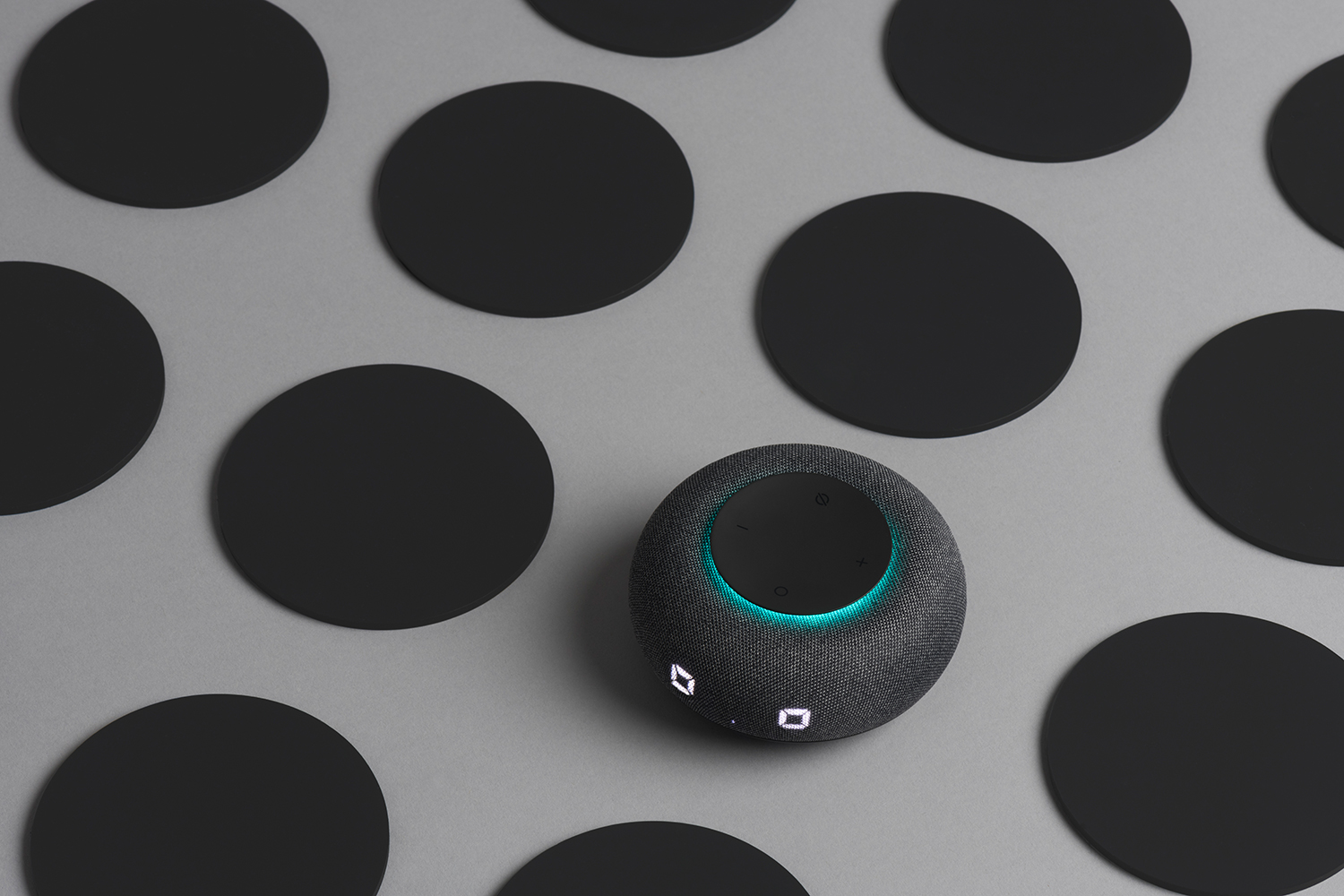 The smart assistant utilises affordable yet robust materials, such as plastic and textile, which have been elevated through a close attention to detail and finish. The plastic, for example, has been transformed to offer a haptically desirable experience through the use of in-mould texturising to create a soft finish. The LAYER team also focused on colour-matching the plastic finishes and acoustic textiles to visually simplify the design language and elevate its appearance.

The seven-segment display was key to creating an engaging yet affordable interface. This old-school – often much maligned – interface has been modernised through its application and functionality. The UI not only visualises the time digitally, but also expresses the various emotions of the Mail.ru voice assistant Marusya through two eyes and a nose. 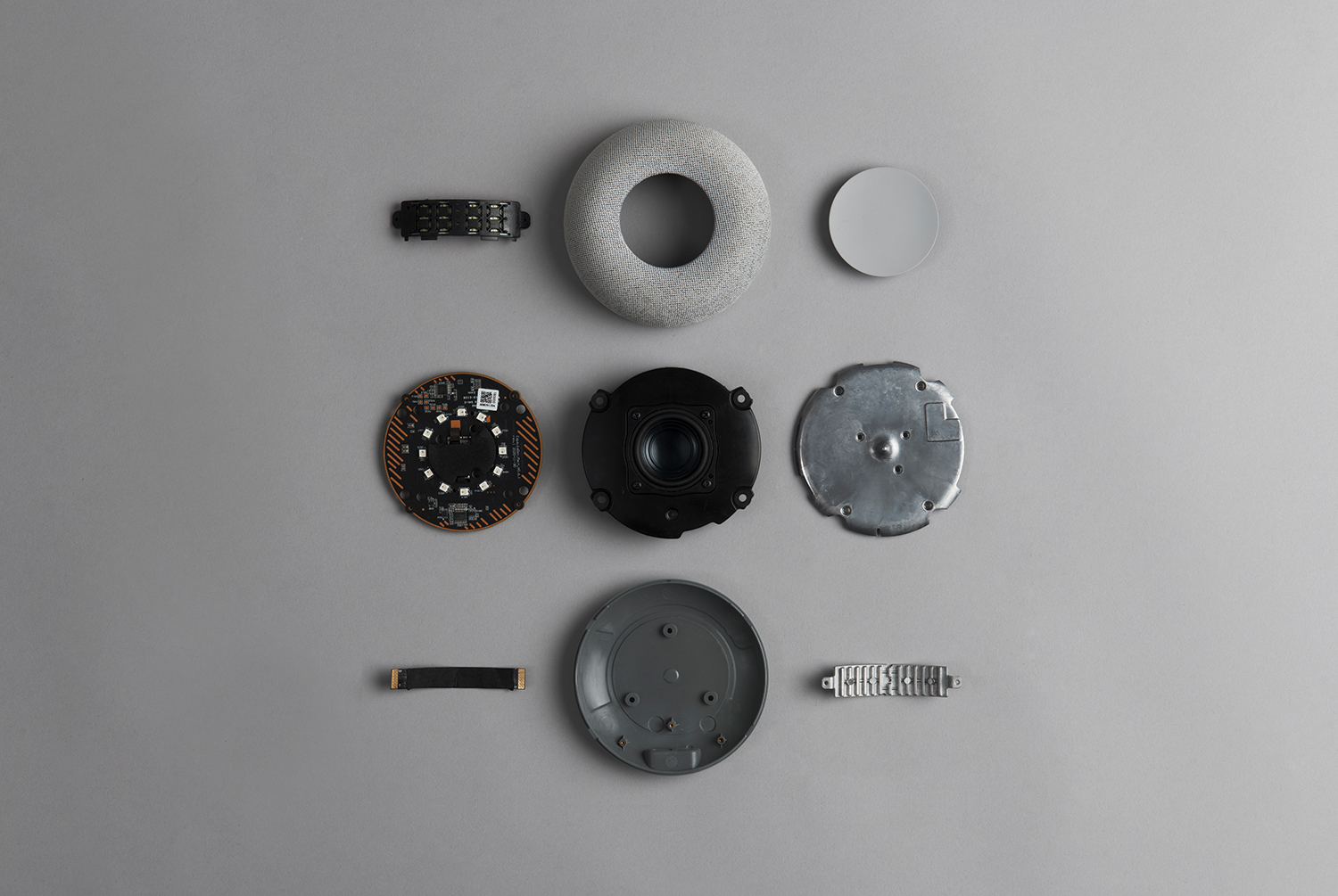 Capsula Mini revolutionises the smart assistant experience by creating a fun, friendly presence in the home. One of the key ways this was achieved was by anthropomorphising the device to express the emotions of the Mail.ru voice assistant Marusya. The seven-segment display has been innovatively utilised to represent two eyes and a nose that can communicate a range of emotions, from joy and surprise, to interest and sadness.

This kind of approachable interaction was important as Capsula Mini needed to be welcoming and appealing to everyone from children to adults. By creating a character that users can seemingly befriend and communicate with, the high-tech device becomes engaging and intuitive to use. 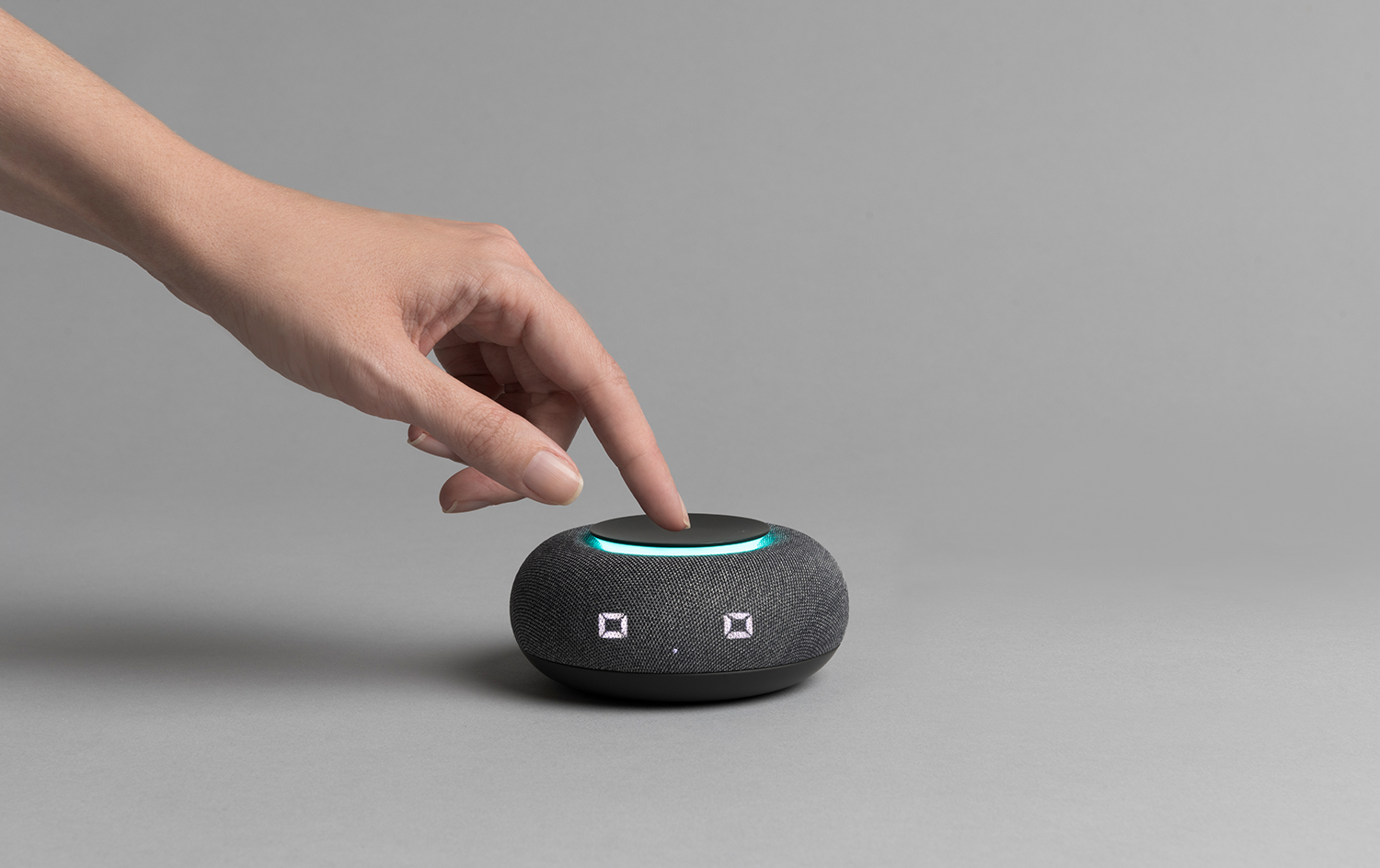 “We believe technology that improves the everyday should be accessible and affordable for all, and should also be approachable and delightful to use,” says Benjamin Hubert, founder of Layer Design. “With Capsula Mini, we created an affordable yet sophisticated smart assistant with a friendly character. By moving away from the ‘serious’ nature of more conventional tech products, the Mail.ru smart assistant is engaging to a wide audience, regardless of age or tech-savviness.”