We’ll spare you the suspense and say that, yes, you can fit some cycling computers into some indoor bicycles. However, this does not hold true to all models, so make sure you know both the indoor cycle and computer you’re working with before attempting this venture.

That said, you can make things easier on yourself by choosing any of the top spinning bike computers known for their universal applications. Yet, how does a computer contribute to a spin bike’s performance anyway? Let’s find out so that you can get the most out of exercising in this two-wheeled fitness machine.

What Does a Computer Do for a Spin Bike?

Finding a spinning console or computer to pair with your brand-new spin bike can sometimes be headache-inducing. A good indoor cycle might still provide an excellent workout independently. The problem is, it won’t allow you to take advantage of the machine’s complete features. That would be a shame, as spin bikes you can fit with computers aren’t cheap.

While there are indoor bikes that don’t require console-pairing, they don’t typically align with the general definition of a modern exercise bike. Thus, despite having some level of popularity, they are still not as popular as their more advanced counterparts.

A spin-bike-and-console pairing helps users better track their progress. You don’t want to simply rely on estimates, especially during such a critical phase of your fitness journey. In these periods, you want to be able to work with accurate figures that guide you towards positive, life-changing decisions moving forward.

Additionally, introducing tech to a spin bike’s set of features gives you a better roadmap towards your goals. What’s more, it keeps you from straying from your set path at the same time.

When To Go Without Tech

As helpful as it is to join a console and a spin bike, there are times when you simply don’t want to be bothered. Part of the fitness journey is to also enjoy and not think about numbers too much. The more you obsess about figures, charts, and statistics, the more chances there are for your head to explode, which might cause you to lose motivation.

Manufacturers acknowledge the possibility of this and design their indoor cycles to work independently of consoles or computers. They might have even over-acknowledged this occurrence, seeing as you can outfit most spin bikes with computers that aren’t specially made for the model.

When you do get the perfect pairing, however, you would be able to download apps that acquire much-needed data for progress tracking. If you do your part, you could get feedback and motivation that propels you forward faster than you would have imagined.

A Word of Caution

A pairing doesn’t always mean a successful one. You might be able to configure a console into your indoor cycle, but that doesn’t mean it’s going to work conveniently. Sometimes, fine adjustments may be required to acquire the needed data, which can occasionally be more trouble than it’s worth.

Even high-quality options can be picky when it comes to consoles. The good thing about these models is they more than compensate a user for a successful unification. They’re also more installation-friendly and durable than their cheaper alternatives. On that note, let’s go over some decent spin bike computers you ought to have. 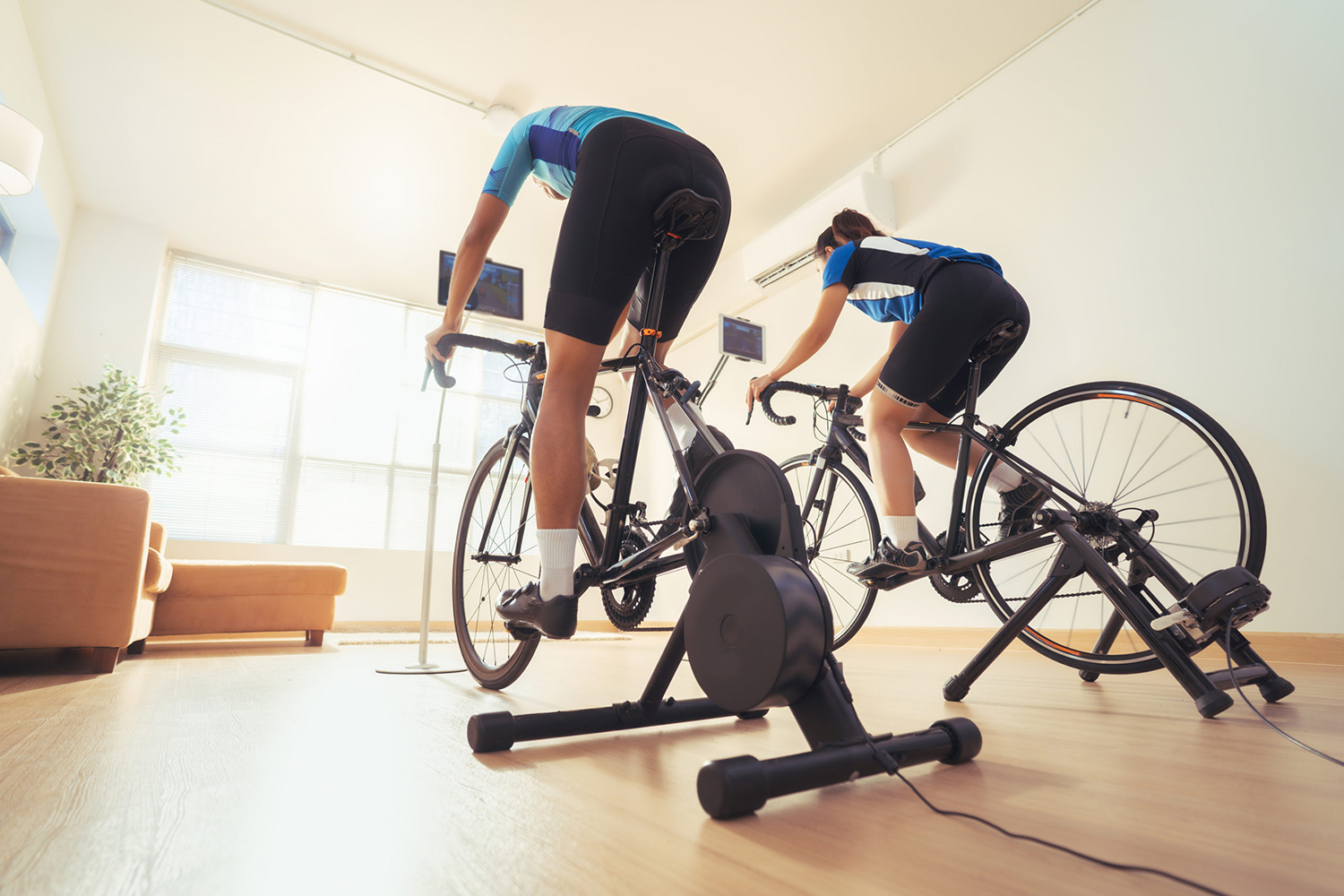 If you’re looking to unlock your indoor cycle’s full potential, these computers could be key:

If you’re familiar with the ever-popular Wahoo sensors, you know this brand isn’t too far behind. These square-shaped versions of their Wahoo counterparts are fastened using rubber bands instead of zip ties, allowing for an easier and more convenient attachment.

And while they are a little more involved than you might like, especially when compared with more convenient models, they more than make up for that with their easy operation. They can make your workout as easy as possible due to their straightforward program applications. Their battery set-up may cause a bit of a bother, but it isn’t something a little research wouldn’t fix.

In case you are a stranger to this particular model, allow us to enlighten you of its reputation. Basically, this Wahoo device beats the majority of the competition for ease of installation.

For one, it is wireless and provides an outstanding level of feedback when connected properly. What’s more, it isn’t easy to outperform in terms of convenience due to its own app for analyzing exercise stats and figures on the go.

Should You Add Computers to Your Spin Bikes?

That’s totally up to you to decide, as exercise journeys can vary from one person to another. That said, if you are committed to following a program long-term, a spin-bike-and-computer tandem would greatly help your cause.

A computer tracks your progress more accurately than just relying on an indoor bicycle’s pre-configured features. It also allows you to take a break from the figures and numbers when necessary. In that way, you should be able to re-motivate yourself easily when the time comes to get serious again.