This is how high the calorie consumption really is on the e-bike. “Real athletes don’t need a motor!” is the slightly provocative tone of many a social media discussion. In many people’s minds, riding an e-bike is still associated with being unsporty. After all, sporty riders don’t need a motor drive, and the calorie consumption on an e-bike is negligible. But is riding an e-bike really not a sport? We looked into this question and came to the following conclusion:

Calorie consumption on the e-bike

Many e-bike riders don’t just get on the saddle for the fun of riding but also pursue ambitious sporting goals. The question quickly arises: How many calories do I burn when riding an e-bike?

On average, an e-bike rider burns around 300 calories per hour. However, this figure is only a rough guide because the calorie consumption on the e-bike depends on the rider’s physical characteristics on the one hand and the speed and self-selected muscle effort on the other. This is because larger and heavier people generally consume more calories than smaller and lighter riders. In addition, the rider can set the level of motor assistance on the e-bike and thus indirectly also the desired calorie consumption. Those who mainly ride in turbo mode will consume significantly fewer calories than users of eco mode.

There are now many intelligent trackers to keep a close eye on the actual calorie consumption on the e-bike. With intelligent onboard computers such as Nyon from Bosch eBike Systems, e-bikers can determine their fitness data.

Of course, calorie consumption also increases with dwindling motor support. As a reference value, cyclists without an electric motor burn an average of 450 calories in one hour at a speed of 15 to 18 km/h. Of course, this also depends on the actual speed. Of course, in this case, the actual calorie consumption on the bicycle, just as with the e-bike, again depends on the weight of the rider and the riding speed. In addition, although e-bike riders consume fewer calories per hour on average, they make up for this by covering significantly more frequent and longer distances than conventional cyclists.

For example, a study published in Transportation Research Interdisciplinary Perspectives revealed that e-bike riders cover around 8 kilometers of travel on the pedelec every day, whereas cyclists only cover 5.3 kilometers. Therefore, motor support motivates more extensive tours, resulting in higher calorie consumption. In addition, e-bike riders build up muscles and get into the saddle two to three times more often than cyclists. 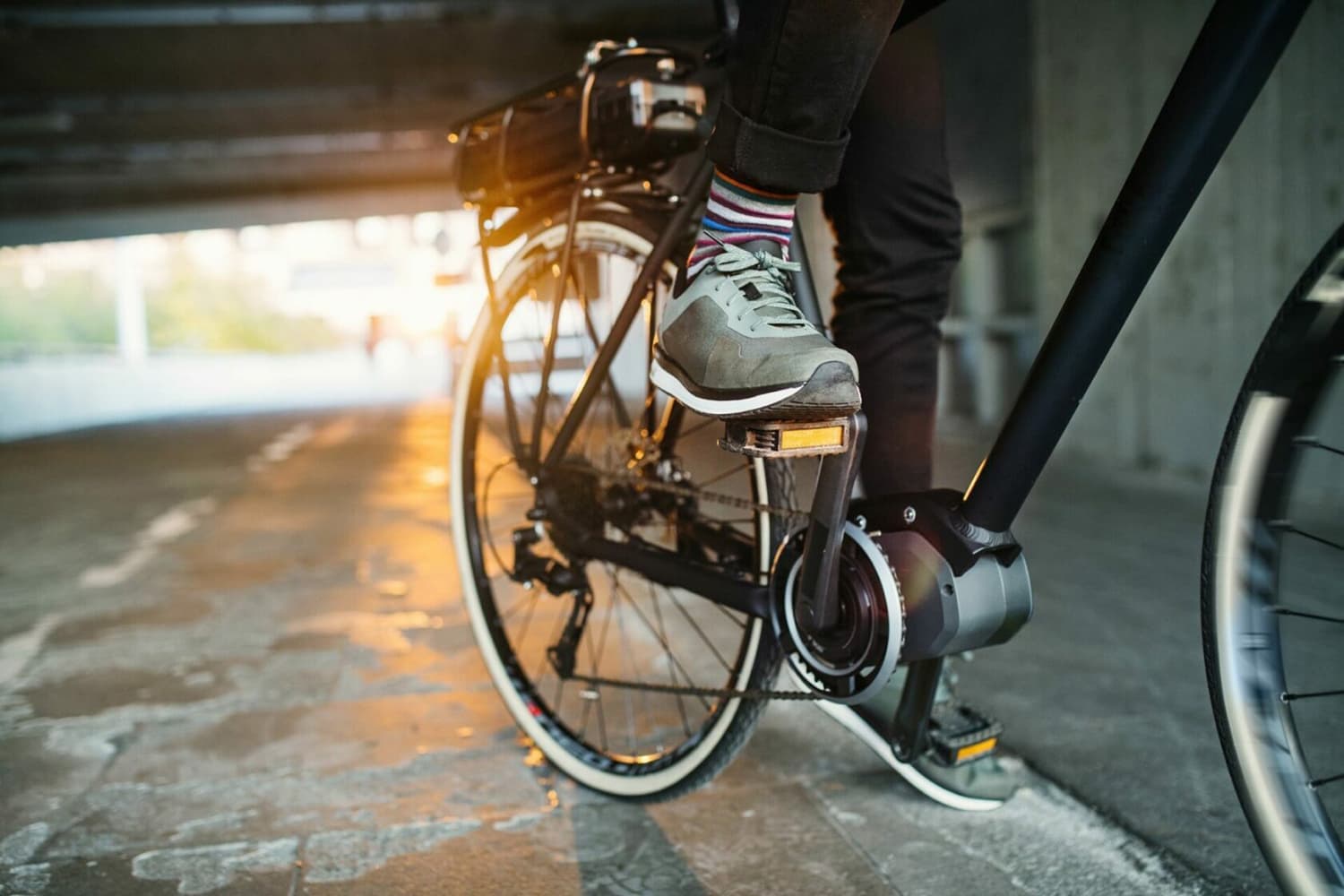 Riding an e-bike is healthy

Apart from weight loss goals, riding an e-bike has many other positive aspects for your health: e-bike riders get their cardiovascular system going and actively prevent cardiovascular diseases. The e-bike rider can regulate how much motor support and the associated muscular effort he or she wants to expose him- or herself to. This does sport with the e-bike ideal for returning cyclists and people with pre-existing conditions who want to increase their sporting activities slowly. Moreover, according to Bike Cycling Reviews riding in the fresh air improves lung function and can help asthma patients, in particular, to exercise without going beyond their limits.

The sport that is easy on the joints

In particular, they are a predetermined breaking point for many athletes and cause problems repeatedly. Cycling is one of the most knee-friendly endurance sports and is ideal for people with knee problems. This is because pedaling in a fixed path means that the rider cannot twist the knee. In addition, the knee is not only spared but supplied with new nutrients and can thus regenerate. At the same time, the entire body weight does not rest on the legs, which additionally relieves the knees.

Suppose you ride an e-bike in a back-friendly way. In that case, you can even actively prevent back pain because cycling supplies the intervertebral discs very well through physical movement without compressing them or bearing the entire body weight. The large back muscles are trained by cycling, and the individual vertebral bodies are considerably stabilized among themselves. Some e-bike riders still complain of back pain is primarily due to an incorrect sitting position. That’s why we recommend that every e-biker seek detailed advice from our e-bike experts on the proper ergonomics when buying an e-bike.

Riding an e-bike despite Corona

But riding an e-bike not only boosts the immune system, but it is also basically one of the preferred sports during the Corona pandemic. This is because the safety distance to other people is maintained entirely automatically on the pedelec. The rider avoids potential sources of infection in crowded buses and trains. In addition, riders can keep fit despite closed gyms and sports halls and reduce stress by riding in the fresh air. After all, mental health can also be practiced by riding an e-bike.

Would you like to get in the saddle too? ESKUTE e-bike experts will be happy to advise you on choosing the right sports equipment!