Over the last two years, your digital time has probably skyrocketed. It may be the result of remote work or downtime with social media or movies. Whatever the activity, one thing is certain. Your eyes have been hit by lots of blue light from screens.

Chances are, you’ve heard blue light can strain your eyes and cause retinal damage. Plenty of people also blame it for messing up their sleep schedules. To minimize the impact, they swear by blue light glasses. Do blue light–blocking glasses really protect your eyes during screen time, though?

The simple answer is no. The symptoms usually linked specifically to blue light aren’t the result of light exposure. Instead, they’re caused by something else entirely — computer vision syndrome (CVS). Here’s what you need to know about blue light glasses, CVS, and how to minimize digital eye strain.

Heavy screen users report a lot of the same problems. If you’re one of them, you’re familiar with the watery or dry eyes that can sometimes burn. Your vision may get blurry like you just woke up, or you may have light sensitivity.

As if those eye issues aren’t enough, too much computer or phone screen time may also cause muscle discomfort. In fact, it can be a pain in your neck … and shoulders. Excessive staring at the screen can go one step further and trigger migraines.

If these severe headaches hit you, though, be aware that blue light glasses aren’t reliable for prevention. For head pounders that hit you frequently, you may need specific migraine treatment.

The Cause Behind the Symptoms

According to the American Academy of Ophthalmology, all these symptoms come from how you’re using your screen. It has nothing to do with the light hitting your eyes. The real culprit is CVS.

When using a screen, you never focus on one spot. Your eyes dart and shift all over the place, stressing your eye muscles. Glare from too much light or even an unbalanced contrast causes strain and fatigue. Your eyes just get tired.

There’s one more issue that you probably don’t even notice. If you’re looking at a screen, you’re not blinking as you should. The longer your eyes stay open, the drier they get. That kicks up your risk of cornea irritation and scratches, potentially leading to vision loss.

Overall, these are problems you cause for yourself. Blue light exposure isn’t to blame. 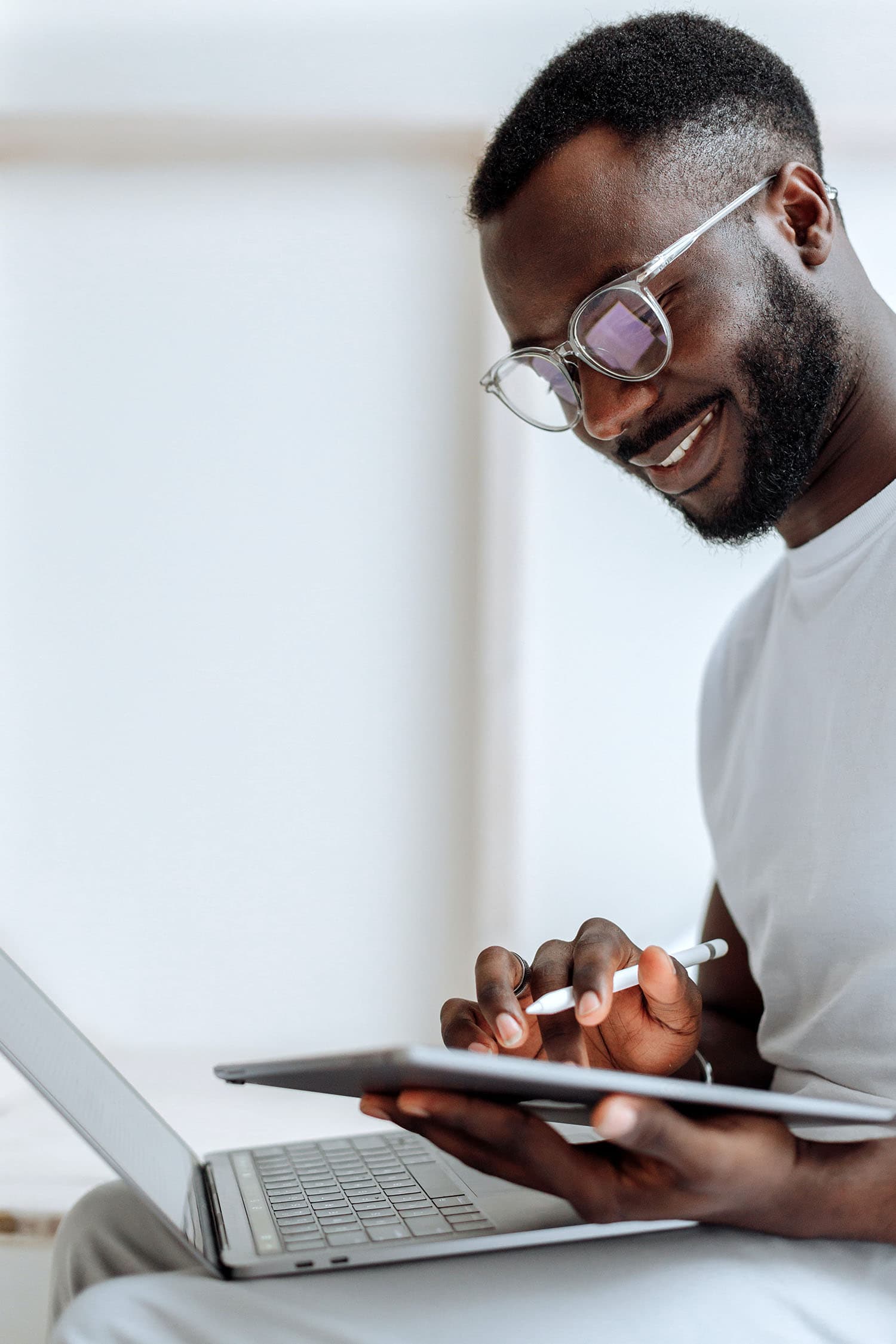 How to Handle Eye Strain

So if blue light isn’t the bad guy, and blue light glasses aren’t the answer, what do you do? The good news is you aren’t stuck with the discomfort. There are several things you can do to limit the impact your phone or computer screen has on your eyes.

Practicing this rule is simple. Every 20 minutes, look at something 20 feet away for 20 seconds. It breaks your full-on screen stares and relaxes your eyes. Looking away also helps you start blinking normally again.

When natural tears fail you, artificial ones can come to your rescue. Just as lip balm or lotion soften your skin, these fake tears protect and can soothe your irritated peepers. When used correctly, they keep your eyes from drying out and getting scratchy.

To ward off that gritty feeling, you can use artificial tears up to four times a day. Don’t use them more, though, because your eyes may become sensitive to preservatives in the faux tears. If you need them more often, choose a preservative-free product.

These glasses are a step above regular blue light glasses. Known as FL-41 lenses, they’re specifically designed to address the light sensitivity that comes with migraines. The lenses range from pinkish to amber, and they filter out a higher level of blue and green light.

As with regular blue light tinting, your eye doctor can provide FL-41 tinting for your glasses. There is a downside, though. Most vision insurance providers won’t pay for it yet. So if you’re interested in these glasses, check with your insurance company first.

Whether it’s your phone or your laptop, it’s super tempting to sit way too close to the screen. You may think keeping the screen in your face makes it easier to see everything. Instead, you’re straining your eyes.

Don’t worry, though. Limiting eye stress is as easy as backing up and increasing font sizes (no, that doesn’t mean you’re old!). Practice keeping your screen at least 25 inches from your face. That’s 63 centimeters if you’re going metric.

Have you ever had the sun hit your phone or computer screen at just the right angle? That glare can be blinding and painful. It also leads to a good deal of eye strain and ultimately may damage your eyes.

Matte screens can minimize eye injuries. They eliminate the shiny screens so you don’t squint or tilt your head quite as much. As a result, you clock out at 5 p.m. with less eye fatigue and neck tension. Try one of these screen protectors, and your post-work hours might be more enjoyable.

Ultimately, it’s possible to control the eye symptoms that creep up on you during screen time. While blue light glasses certainly won’t hurt you, they likely won’t do enough to lessen your discomfort. Instead, give the strategies mentioned above a try to reduce the impact your digital screens have on your eyes.