BMW unveiled a concept car that features an exterior made from an e-ink film boasting up to 32 colors at the Consumer Electronics Show in Las Vegas. The German automaker revealed the technology as part of its latest concept car, the BMW i Vision Dee, displayed at CES 2023.

The name “Dee” stands for Digital Emotional Experience – and that is precisely its aim: to create an even stronger bond between people and their cars going forward. Following the spectacular debut of the BMW iX Flow Featuring E Ink at CES 2022, the BMW Group is now unveiling a full-colour version of the E Ink technology in BMW i Vision Dee that will be used as the outer skin of the vehicle for the first time worldwide.

BMW i Vision Dee, rather than simply alternating between black and white, now showcases a multi-coloured, fully variable and individually configurable exterior. An ePaper film from the BMW Group’s cooperation partner, E Ink, is applied to the body to create this magical display of colour. Up to 32 colours can be displayed.

The body surface of the BMW i Vision Dee is divided into 240 E Ink segments, each of which is controlled individually. This allows an almost infinite variety of patterns to be generated and varied within seconds. The laser cutting process used to trim the films and the electronic control design were developed in partnership with E Ink. The adaptation of this technology for curved surfaces and the programming of the animations were developed by BMW Group’s in-house engineers – enabling a form of customisation that is unique throughout the automotive sector worldwide. 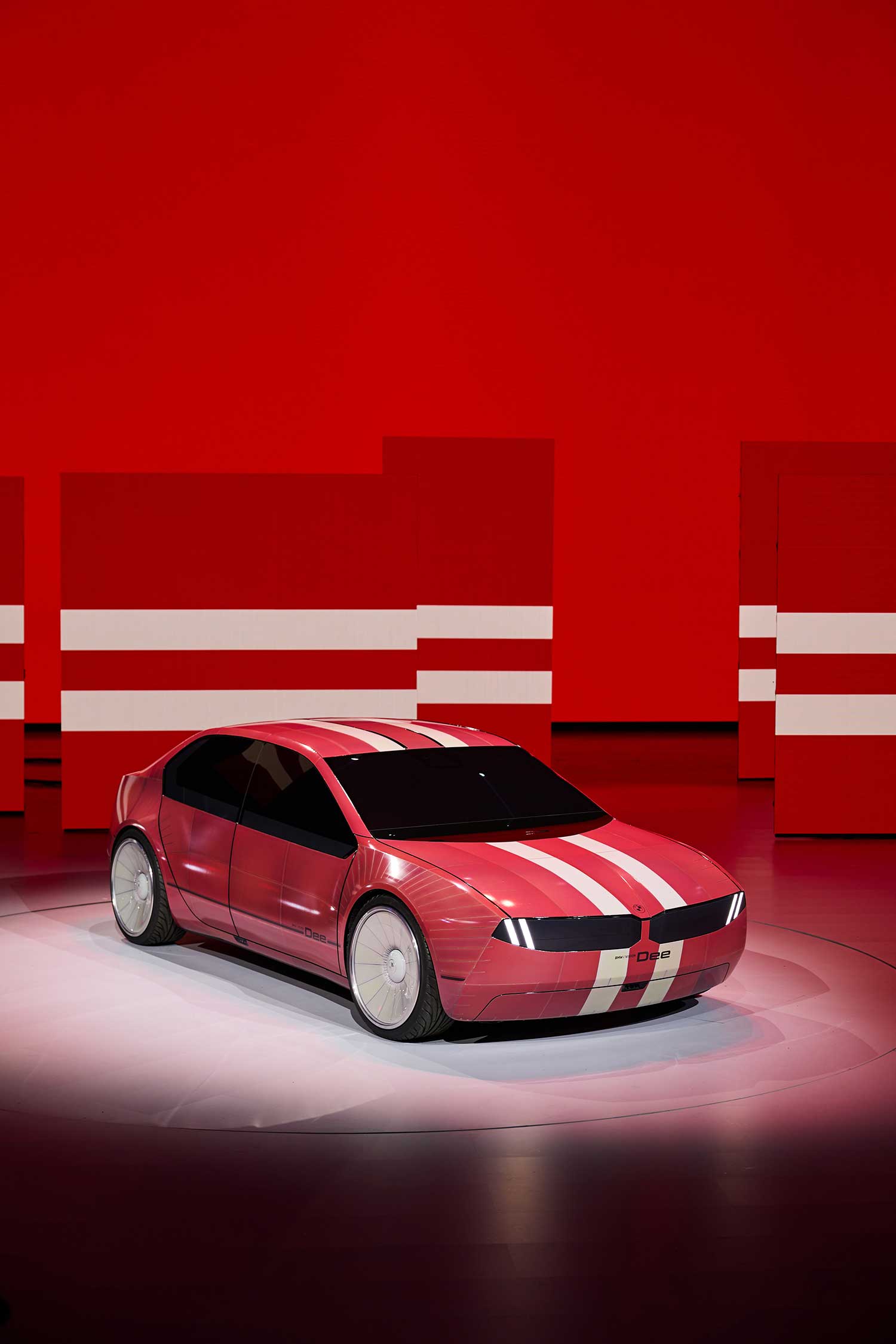 The design of BMW i Vision Dee has been deliberately pared down to focus attention on the digital experience and the DNA of the BMW brand. The exterior is defined by the classic three-box sedan design that forms the core of the BMW brand. Traditional design elements, like the BMW kidney grille, twin circular headlights and the Hofmeister kink, are reimagined, with phygital icons replacing analogue elements. This gives BMW i Vision Dee its own digital, but human, character. 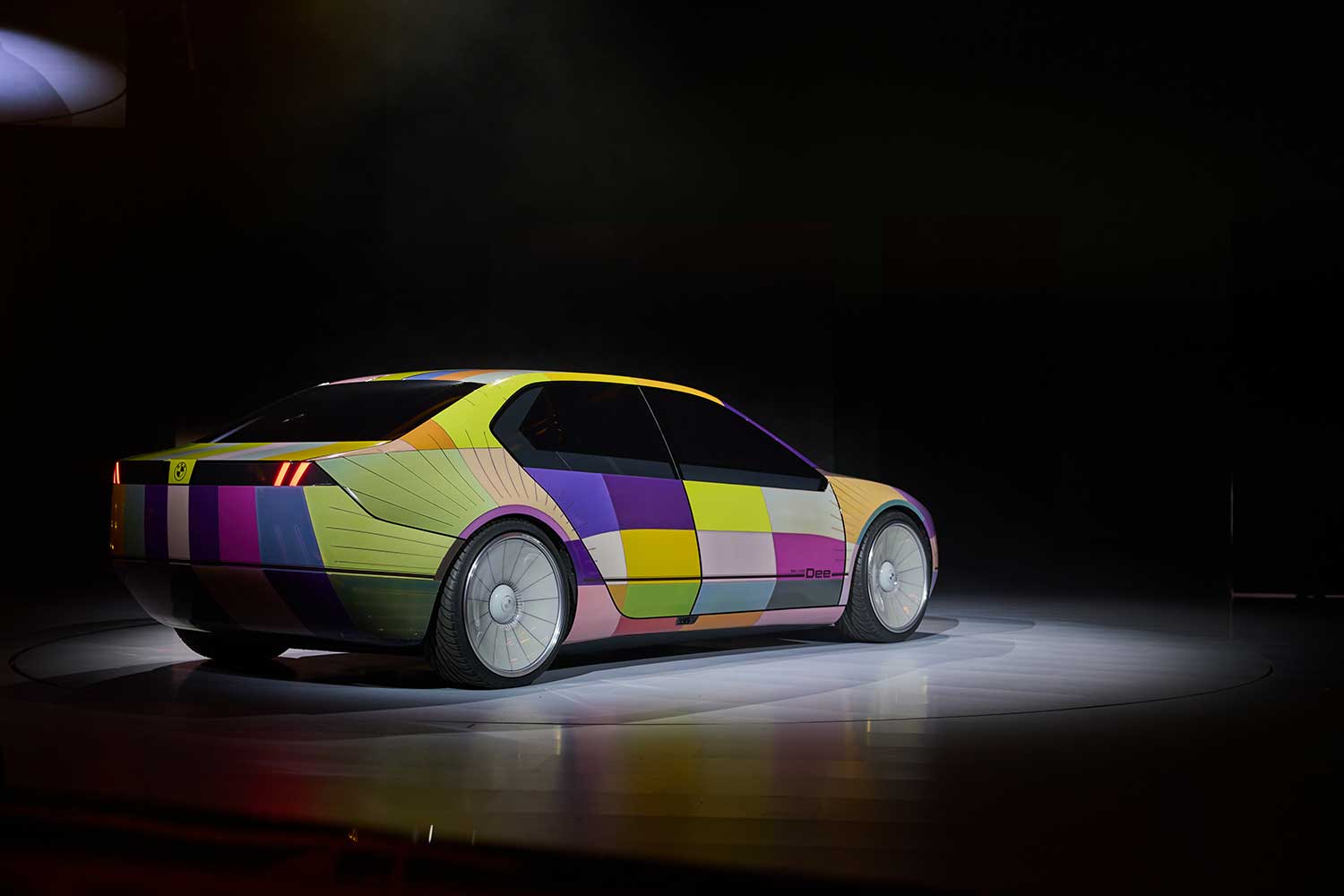 The concept for the i Vision Dee also incorporates other features that are meant to blend the digital and physical worlds and embody a vision for the future of car design.

One is called the Mixed Reality Slider — a five-step slider on the dashboard that introduces immersive digital elements to the interior as you move your finger further along on it. 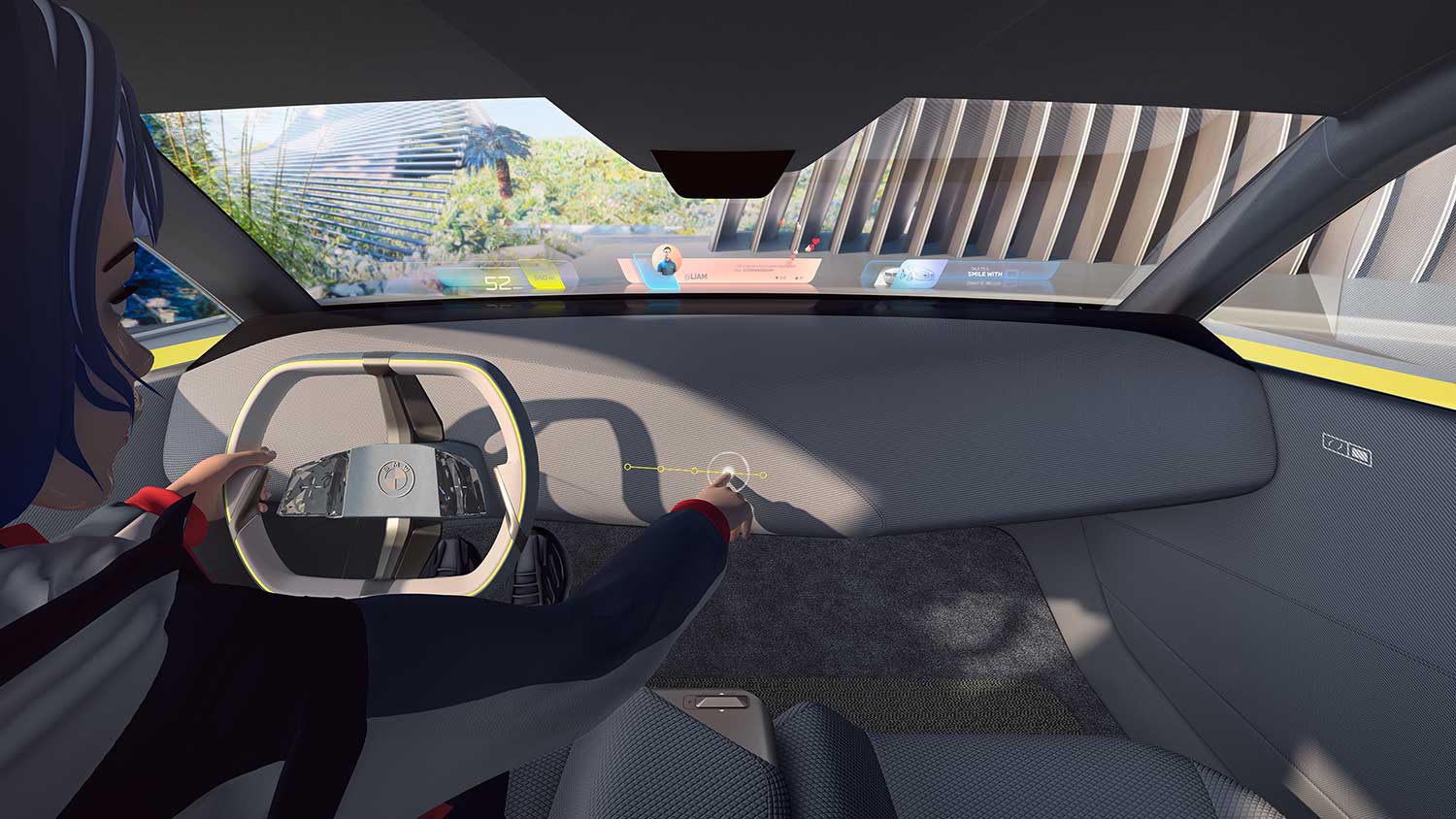 At step one of the slider, the dash appears analogue, with digital switches and displays hidden until they are needed. In the steps above, driving-related information is displayed on the windscreen display, with step four including augmented-reality projections that could, for example, highlight a cyclist or pedestrian crossing on the road ahead.

Going to the extreme end of the slider would entail entering a fully virtual world, with a digital landscape projected on the dash replacing that of the physical world. 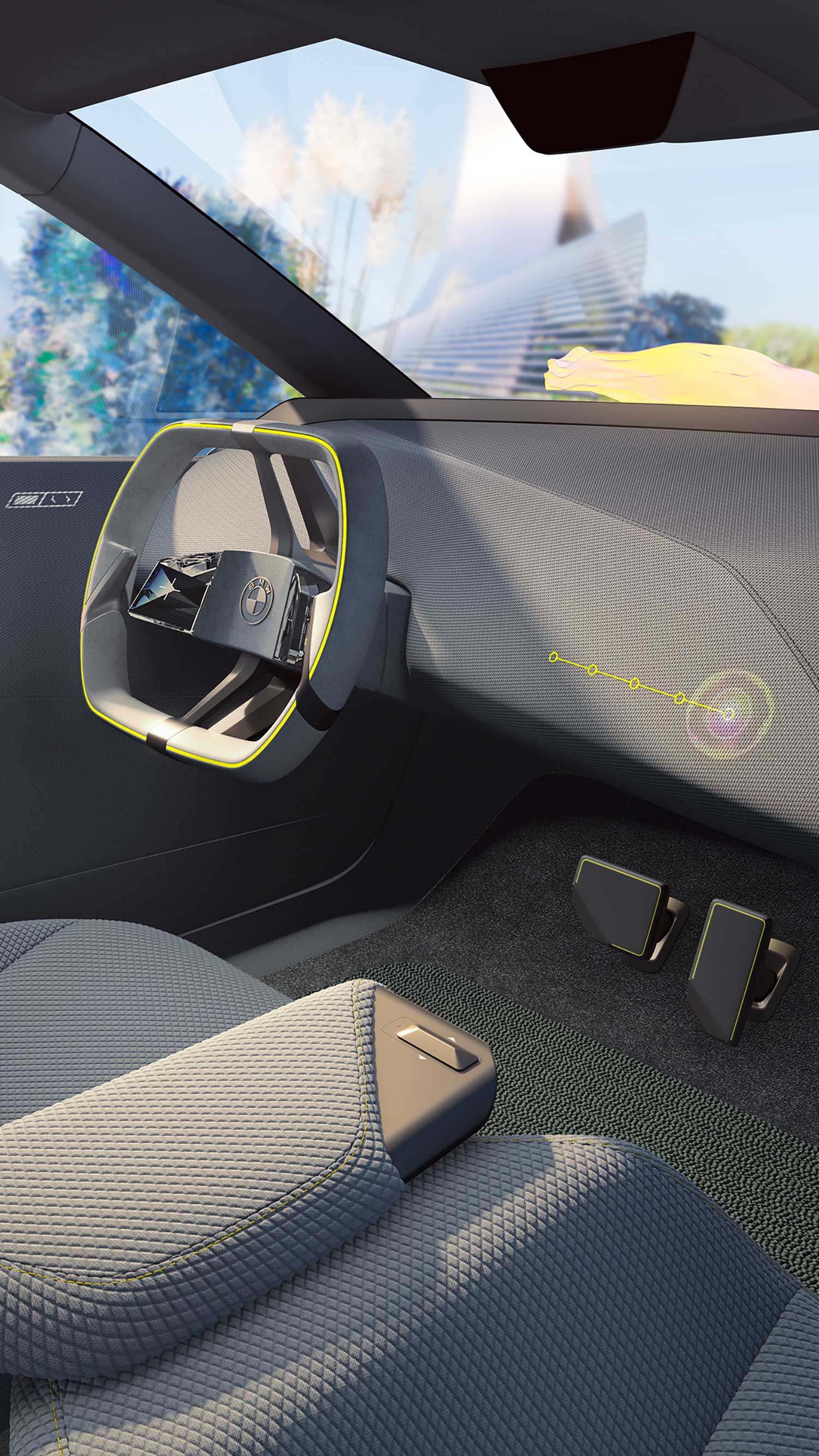 BMW’s windscreen display, which it calls the Head-Up Display, also gets an update with the i Vision Dee. Now extending across the full width of the windscreen, it is one element of the i Vision Dee that is set to be implemented in BMW’s production cars. The company said it will be available in its Neue Klasse models from 2025 onwards.

To complete the personalised experience, the concept car offers voice interaction, speaking to the user in a natural language. It also produces “facial expressions” such as winking with its digitally enhanced headlights and grille.