“Afeela represents our concept of an interactive relationship, where people feel the sensation of intelligent mobility and where mobility can detect and understand the people and society by utilizing sensing and AI technologies,” said Yasuhide Mizuno, CEO of Sony Honda Mobility. 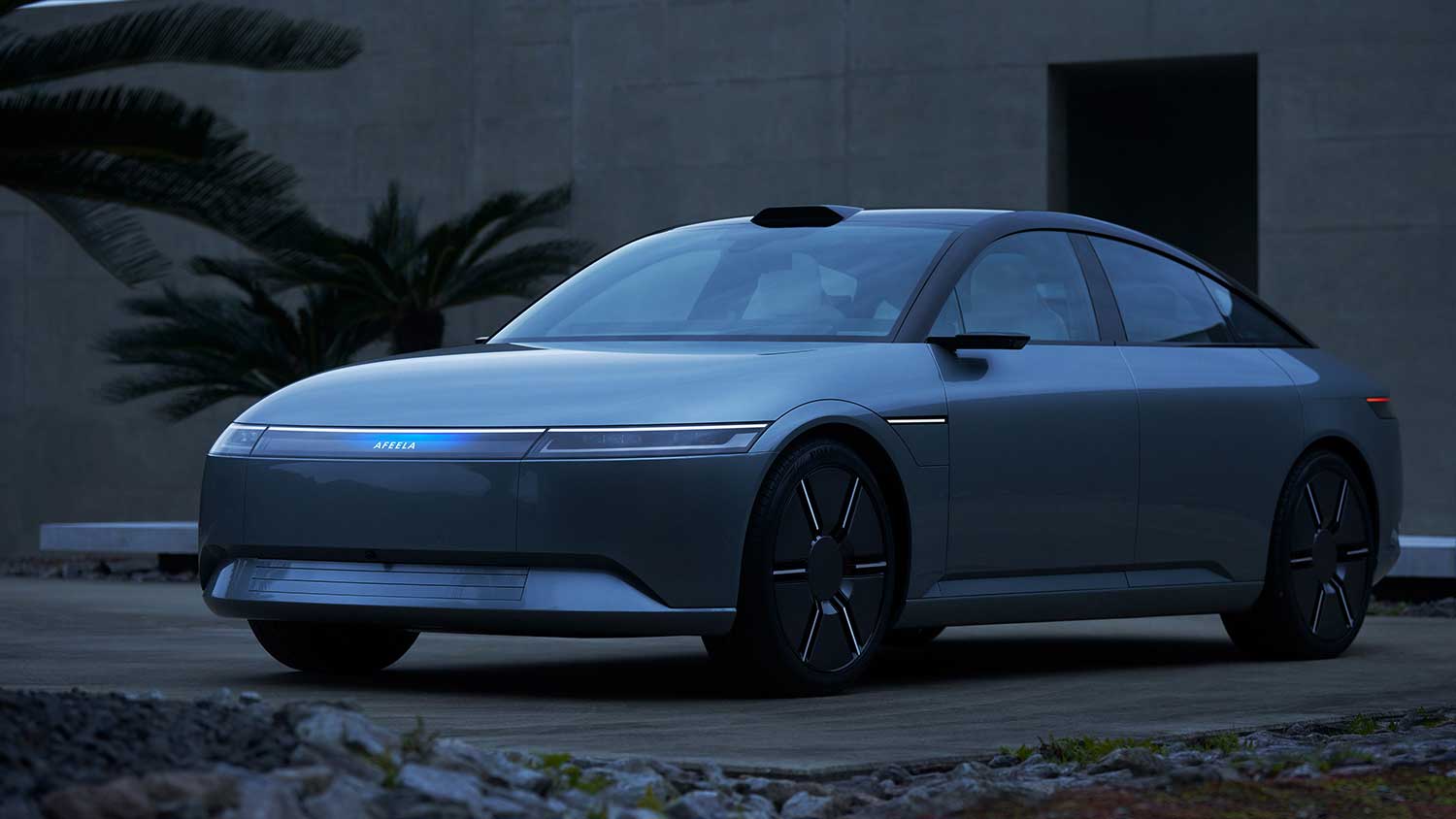 Sony Honda Mobility has not yet released specific details about the vehicle, but said its interior will be designed to be comfortable and simple. 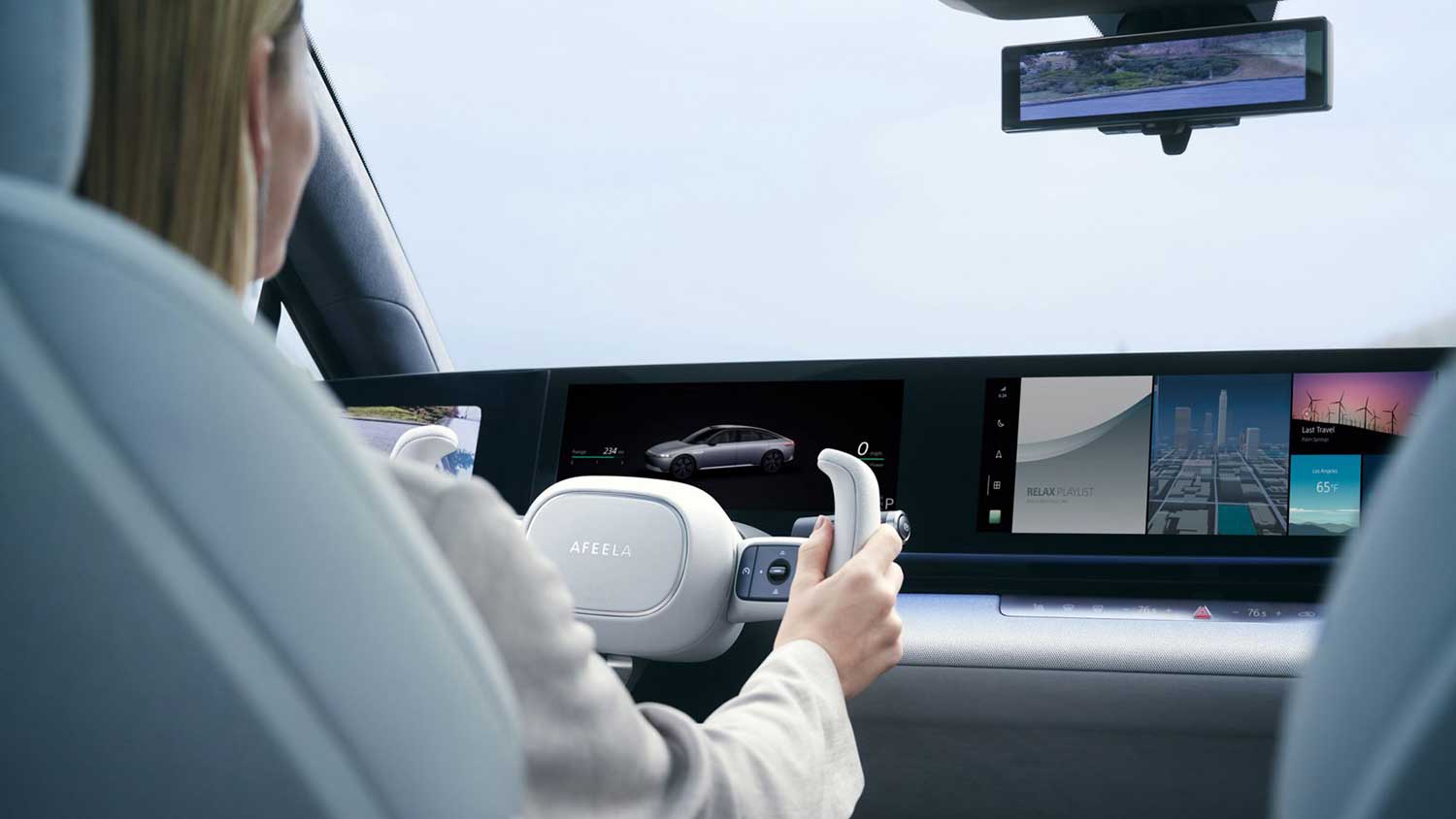 The venture said the vehicle will include Level 2 driver-assistance features for urban driving scenarios. It also plans to work on Level 3 autonomous driving capabilities. The prototype has 45 cameras and sensors on both the exterior and interior.

“For the design, we are taking an approach that aims to set new value standards for mobility as we evolve automotive design to focus not only driving dynamics and performance, but also on software networks and interfaces,” adds Mizuno. “We want to think out of the box to revisit the underlying philosophy of vehicle design.” 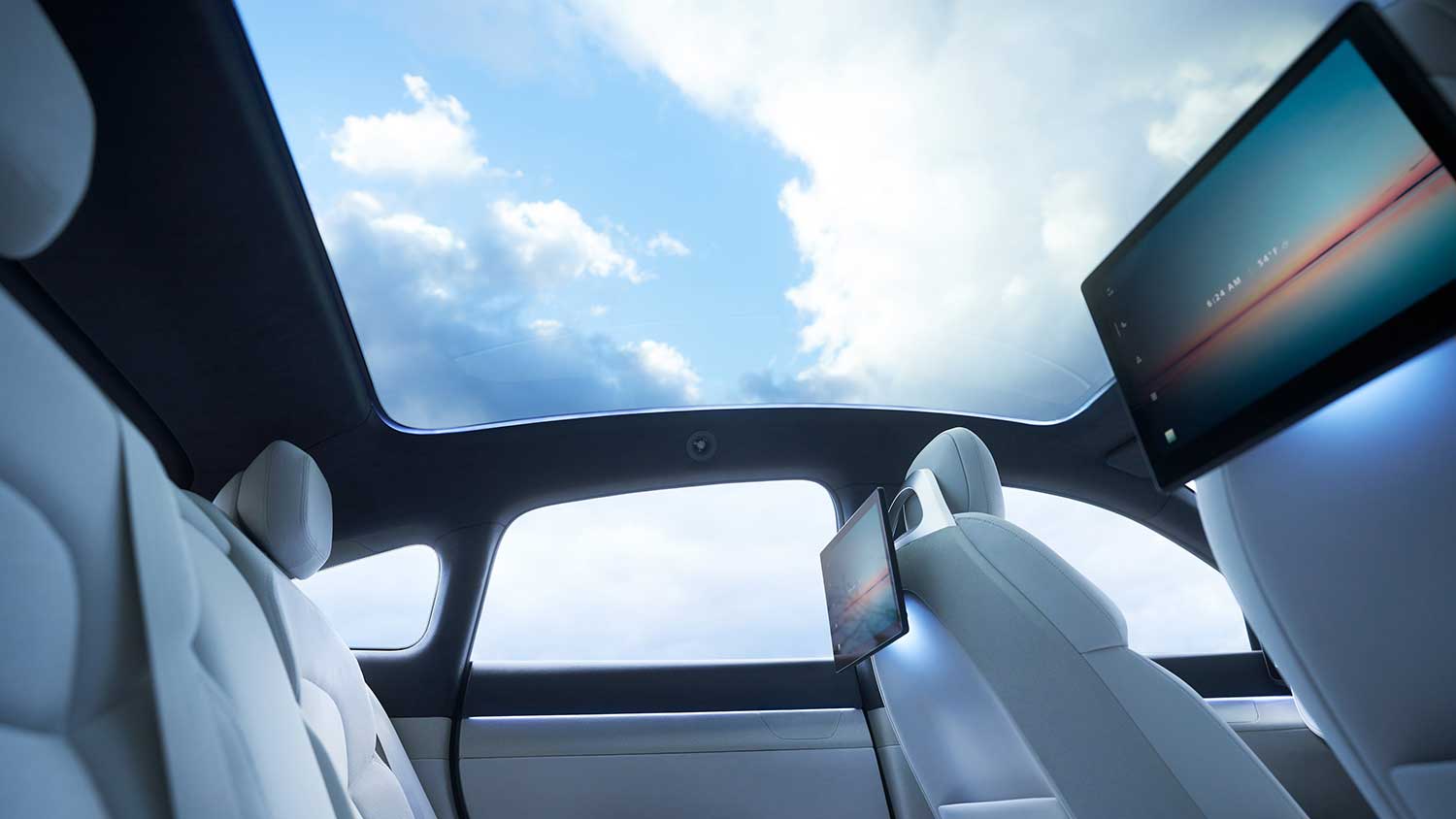 Sony and Honda also will collaborate on what Mizuno called “best-in-class entertainment” for consumers, and will draw on Qualcomm Technologies’ Snapdragon digital chassis with Afeela.

Sony Honda Mobility finalized its joint venture this year and announced plans for the forthcoming EV, though the companies have not completed plans for how it will be sold. A Honda executive said in October that the sales plan for the vehicle will be centered around online sales, and it’s not clear yet what role Honda’s U.S. dealerships will play in selling and servicing the cars. 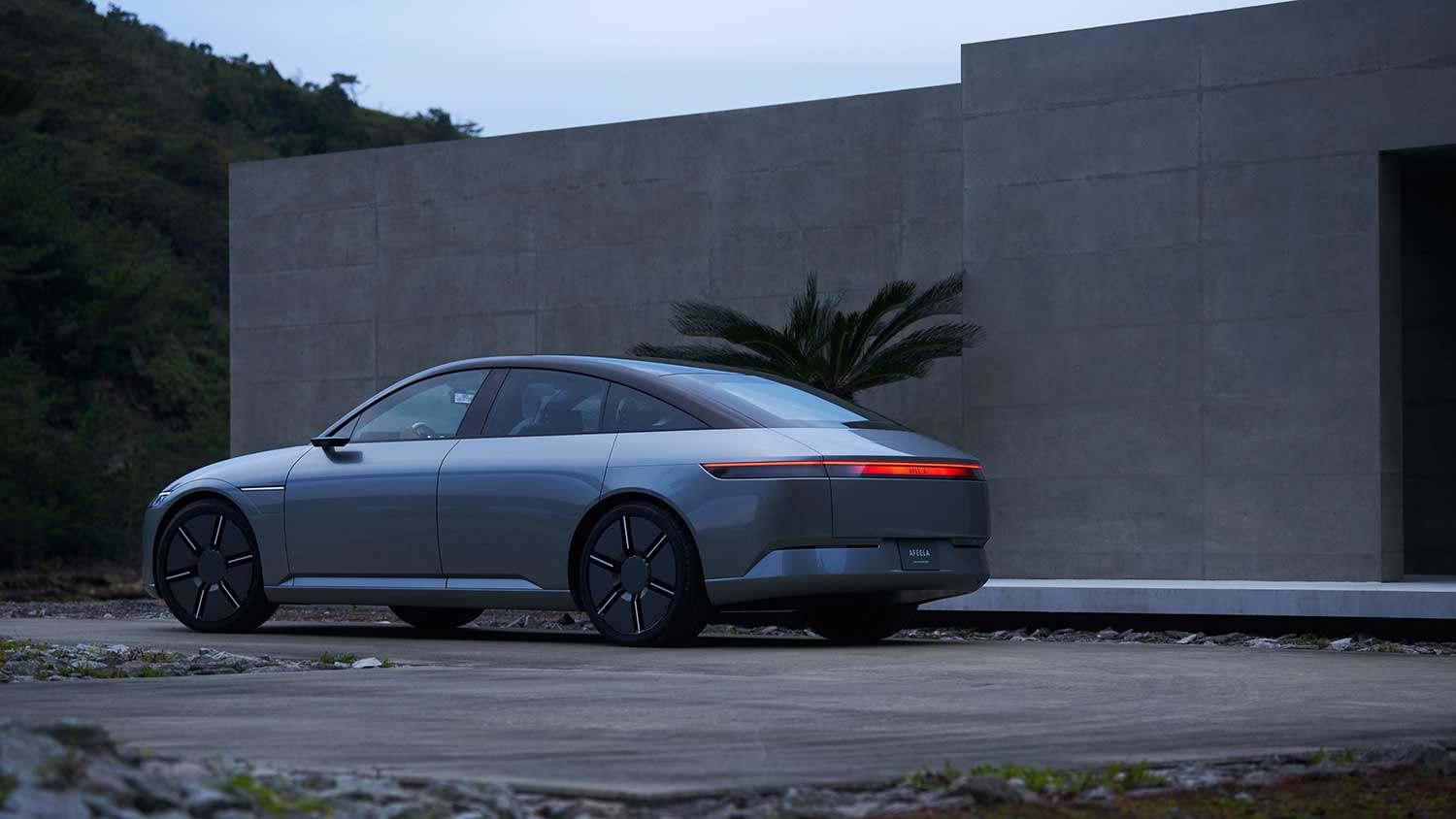 The Afeela will be built in North America, Sony Honda Mobility has said. Honda is planning to build an electric vehicle manufacturing hub in Ohio.

Yasuhide Mizuno said the vehicle will move toward mass production, with the opening of preorders anticipated in the first half of 2025 and sales beginning that same year. The first deliveries will begin in the spring of 2026, Mizuno.

Afeela is an evolution of Sony’s Vision-S concept sedan, which the company debuted at CES in 2020.