Aquarium in the living room interior always attracts attention of owners and guests better than any decor. But in addition to aesthetic qualities and soothing effect from the observation of marine life, the aquarium humidifies the air, and the aquarium can also serve as a spectacular partition in the interior of the open plan.

It is difficult to bring, install and set up an aquarium on your own, most often the detailed selection of materials and structures are the designers and employees of specialized companies like Aquarium Maintenance Service in Boca Raton. We have collected for you a selection of solutions and important information, thanks to which you will clearly understand how to fit an aquarium in the interior and clearly express their wishes to professionals.

To properly place an aquarium in the interior of your home, you should take into account the general layout and location of the rooms relative to each other. Unfortunately, designers are not always familiar with the technical details, so they may not place an aquarium in the most appropriate place. With general knowledge, you can easily direct the designer’s imagination in the right direction.

Aquarium designs are a spectacular detail of the interior

In contrast to the unpresentable rectangular variants, modern types of aquariums in the interior is something absolutely amazing: 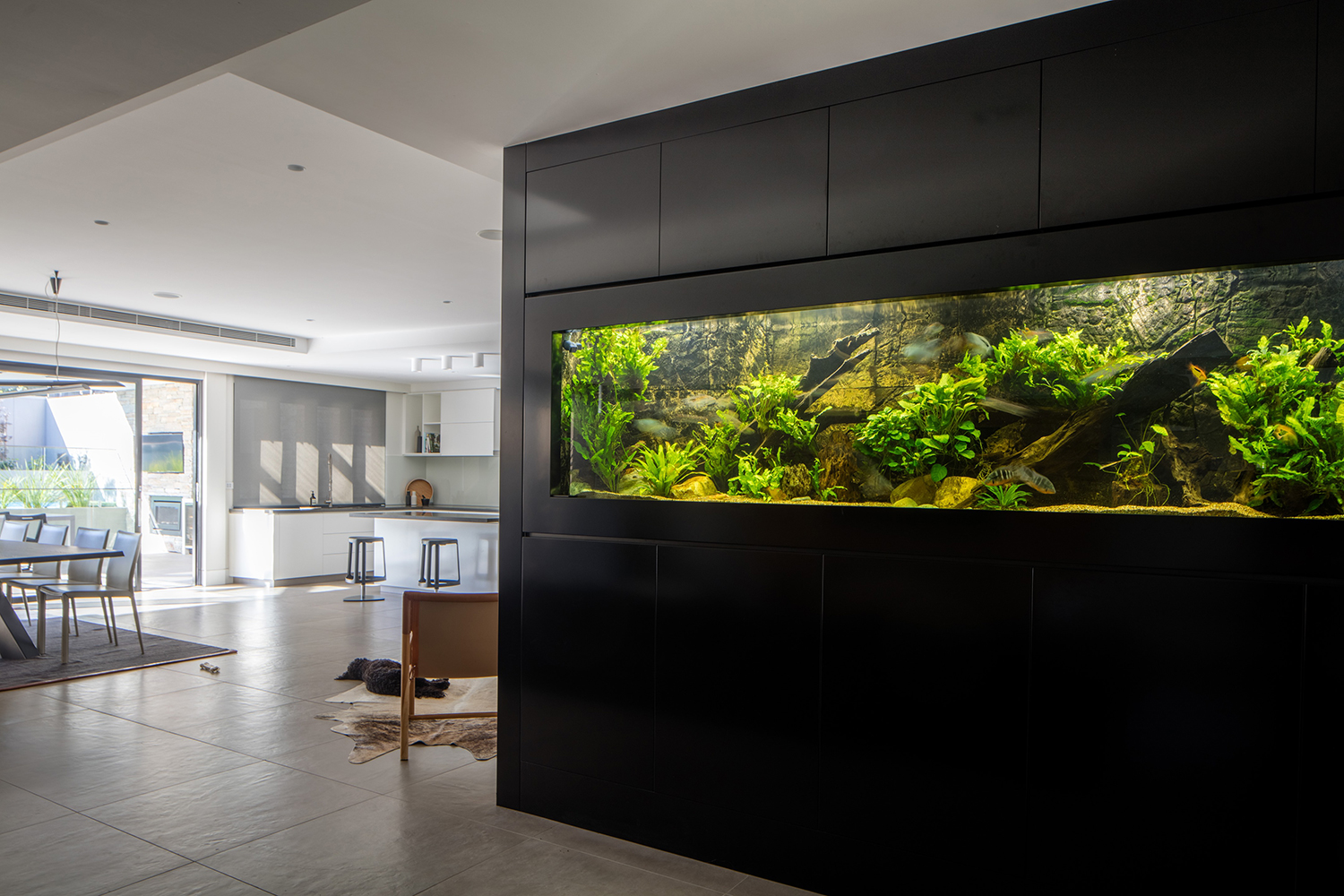 Placement of the aquarium in the house

The aquarium in the living room interior is placed as a free-standing structure, as a fence between the kitchen and living room areas, as an ornament on the wall (aquarium picture). To prevent the water from blooming under the scorching sun, it is recommended to place the aquarium away from the windows, it is acceptable to place it in dark corners of the room.

The aquarium in the kitchen interior is installed in niches, like a picture on the wall or refrigerator door, built into a bar counter or closet. Most often, the kitchen has a small useful area, so the justified reception – fit into the walls or furniture. Due to the need to air the kitchen, we recommend choosing a small aquarium, which will quickly warm up after ventilation.

The aquarium in the bedroom is not always justified because it increases the humidity in the room. If the humidity in the living room is insensible because of the large area, as well as in the kitchen with a working hood, the microclimate of the bedroom may become equatorial. In addition, the aquarium should be illuminated and filtered with water, which will add light and noise to the quiet rest area. The best option in the bedroom is a dry aquarium.