What is life without a little fried food? Sure, dipping breaded culinary creations into a pan of searing hot oil isn’t exactly the healthiest way to cook, but who says that’s your only option? Certainly not, if the air fryer has its say. Air fryers are among today’s most popular alternatives for cooking crispy food without those unhealthy, valve-clogging oils.

Still, as inexpensive and trendy as the air fryer is, how does it fare against the range of ovens available on the market? Let’s take a look at these products’ pros and cons so you can better decide which deserves a place in your kitchen.

There’s word going around that air fryers are one-trick ponies. Let’s find out if that’s true or if the appliance is, as what some kitchen owners say: a specialty must-have.

Like traditional convection ovens, air fryers cook food by circulating hot air around it. Despite this similarity in approach, there are some key differences.

While both the air fryer and convection oven use fans to stimulate air movement, the air fryer does so more rapidly inside its smaller chamber. As a result, food cooks slightly faster than in a convection oven. Air fryers also make use of a metal basket, which helps move air evenly around the bottom of your dish.

You can get popular air fryers for a little more than $60. They’re healthier, less messy, and should fit right on your countertop without any hassle. Does this mean you should get one for your kitchen? Not really, but then that would also depend on what you usually cook.

Air fryers are the real deal. Aside from doing as they claim, they also cook most food as good or even better than conventional ovens. Some food items come out best when cooked in an air fryer. For instance, breaded food like chicken nuggets and mozzarella sticks tend to look more divine when air-fried than when oven-cooked. 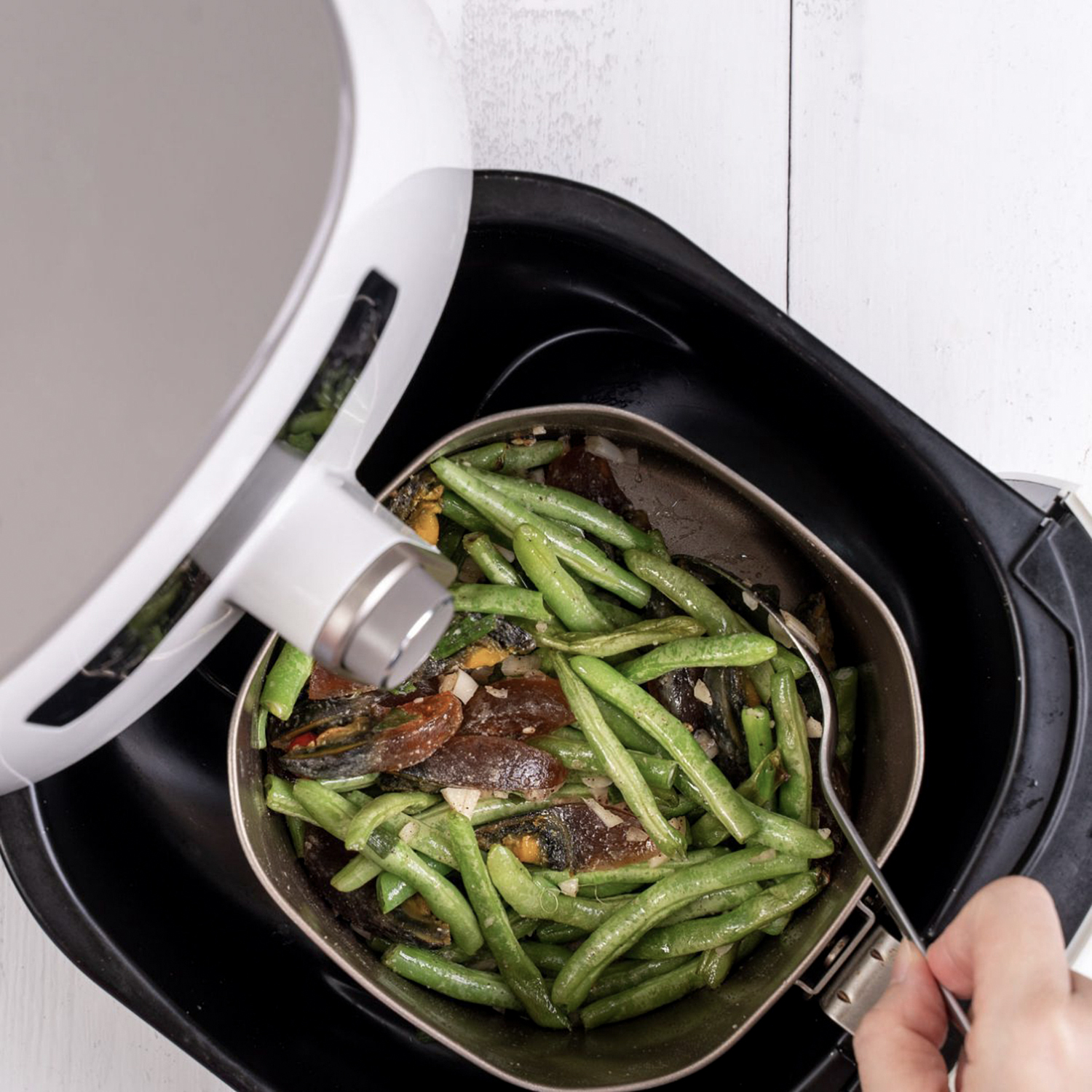 If frozen, fried food isn’t a staple on the menu, you might not have much use for an air fryer. Convection ovens use a similar approach and produce better-tasting food than air fryers in a lot of cases. However, if your oven doesn’t have convection, an air fryer might fill the gap to produce a crispier finished product.

Can you bake with convection using your oven? The back wall of the appliance should have the answer. All convection ovens and some gas and electric ovens are built with fans in their rear for nice and even baking. You can even alternate between “regular” and “convection” mode in some models by switching the fan button on or off. Then, there are costly options that offer extra-heated air when you opt for the “European” or “true” mode.

Convection ovens don’t employ a basket, unlike the air fryer. This appliance requires a pan or rack to create more even air circulation underneath the food.

As far as capacity goes, the standard air fryer doesn’t even come close to a full-size convection oven. If you frequently cook for a large group of people, an oven ensures that you get things done in one or two batches.

Convection ovens also come in smart, countertop-suitable options. Granted, they’re not cheap, but they will almost guarantee that your food is cooked to perfection. Of course, there are lower-priced high-end alternatives, too, like the $200 countertop convection oven from Amazon that doubles as a microwave. This product can be operated via Alexa voice command and even scans packaged goods for personalized cooking.

Yes, convection is among the newer and cooler ways to prepare dishes. It’s also more energy-efficient and takes less time to preheat compared to the traditional oven. Should you be more inclined to bake or cook food that is neither frozen nor breaded, then save a spot for this appliance in your kitchen. 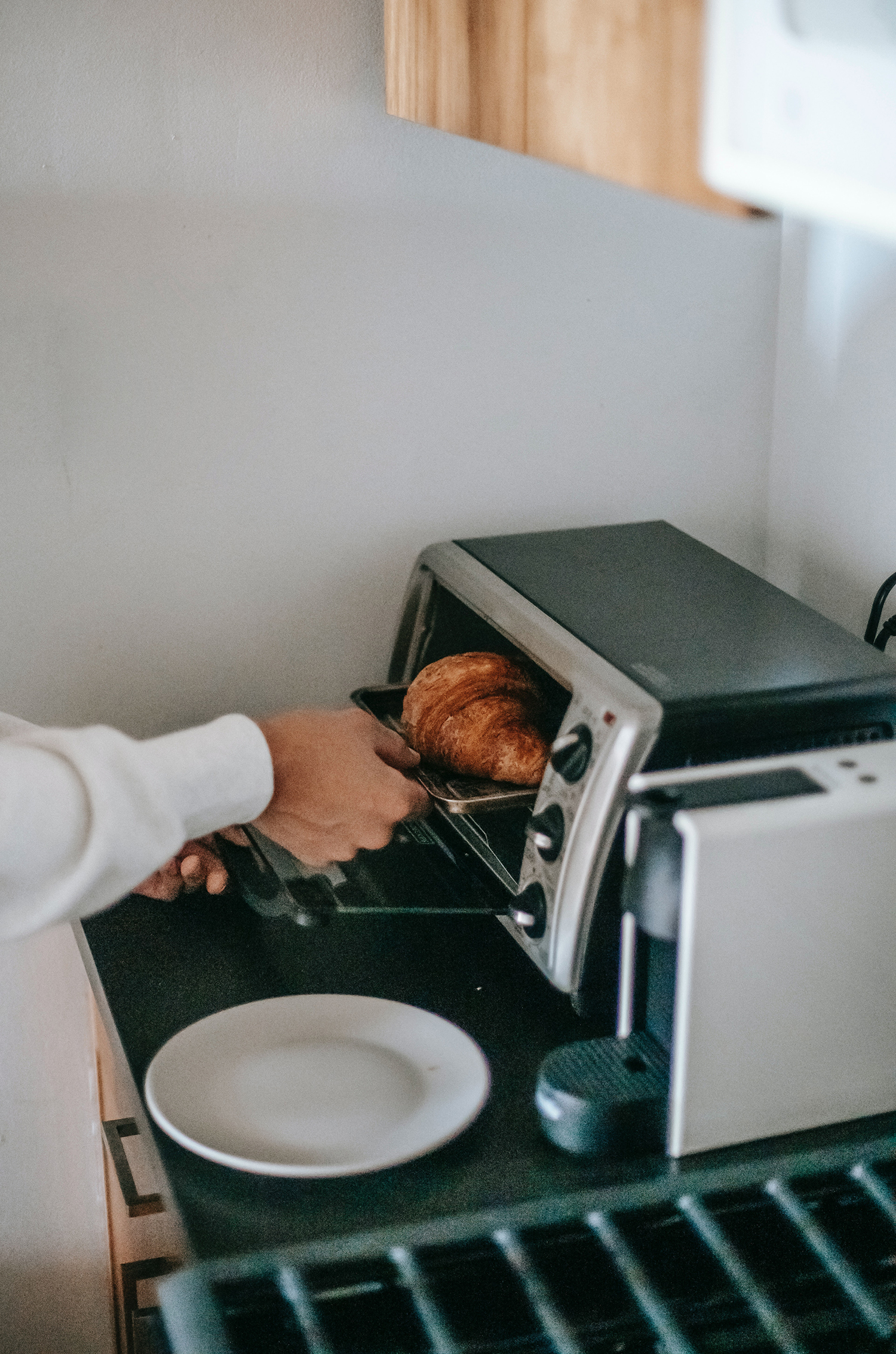 InductionPros knows all about how toaster ovens fare against air fryers. These appliances are known for accomplishing so much with so little. From whipping up snacks and appetizers with minimal effort, toaster ovens have proven their great use for creating certain food items.

Cookies, pizza slices, and mozzarella sticks should all fare well in a toaster. Of course, you have to get one that includes specialty modes for these types of food to churn out great results. This version will also likely come with an air frying mode, which should make it a winner in your book. An assortment of toaster ovens on the market is available to meet your variety of needs.

If you’re into making snacks for a group, then a toaster oven probably won’t suffice. In this situation, you’re better off using a toaster for toasting bread and an oven for baking pizza.

Still, this doesn’t mean toasters are the loser. In fact, where functionality is concerned, they even outperform the air fryer. They also preheat faster and are more energy-efficient than a traditional convection oven. Best of all, you don’t need to break the bank to buy one.

If a full-size appliance isn’t what you’re looking for and you’re more of a “snack” type of person, then a toaster oven with an air fry option should do you wonders.

Which Should You Choose?

If you aren’t in the market for a full-size appliance, then a toaster is your best bet. One with a built-in air fryer should provide you with more versatility. If your kitchen’s already home to an oven with convection, an air fryer shouldn’t leave you too impressed.

It’s a different story if breaded or frozen food is your thing. In this case, you’re better off using an air fryer, which is more time-saving and energy-efficient than the convection oven for cooking these types of food. The air fryer also cooks them just as well or even better.

Like other kitchen purchases, buying small appliances boils down to space, budget, and lifestyle choices. Go for the option that meets these considerations best so that you won’t regret anything.