After vaping for some time, it’s common to get Vaper’s Tongue – a condition well-known among vapers. For those who haven’t heard of it yet, it’s the loss of ability to taste the vape juice. The condition in itself is harmless but annoying to many as it can last several days. In rare cases, it can even last for a couple of weeks.

It’s still unknown exactly what triggers the Vaper’s Tongue, but it’s mostly associated with vaping larger amounts for several months. It can sometimes be a bit overwhelming for the body, especially the mouth and the tongue, which leads to the numbing and inability to feel the taste for a short time.

Since tasting the juice is very important for the full vaping experience, what can be done to prevent this from happening?

The quickest and simplest solution is to drink some water. Dehydration and dry mouth can lead to the inability to taste the vape juice. Also, make sure to drink water regularly and always stay hydrated as it does wonders. Saliva is necessary to taste things, and being dehydrated limits its production, leading to a bland-tasting e-liquid.

Alcohol and caffeine are the best-known, and at the same time, the most widely used substances that cause dry mouth. They are diuretics, which means that they make you urinate more frequently, and if you fail to drink any water on top of that, you can easily start to lose your sense of taste. Therefore, try drinking less alcohol and caffeine throughout the day, and replace them with a couple of glasses of water.

Generally speaking, switching the flavors often or at least from time to time makes it harder to get used to one. If you want to stick with your favorite flavor, at least try to combine it with a few different options.

You never know, maybe you find your new favorite combo. Some vapers even said that even when already getting the Vaper’s Tongue, switching to a different flavor helped them instantly to feel the taste again.

Use a Stronger Flavor

Sometimes, getting the Vaper’s Tongue is only getting used to a specific amount of flavor. If this is something you’ve been experiencing for a longer time, maybe all you need to do is use a stronger flavor to combat the numbness. Switching between flavors and their strength can together help you prevent Vaper’s Tongue. 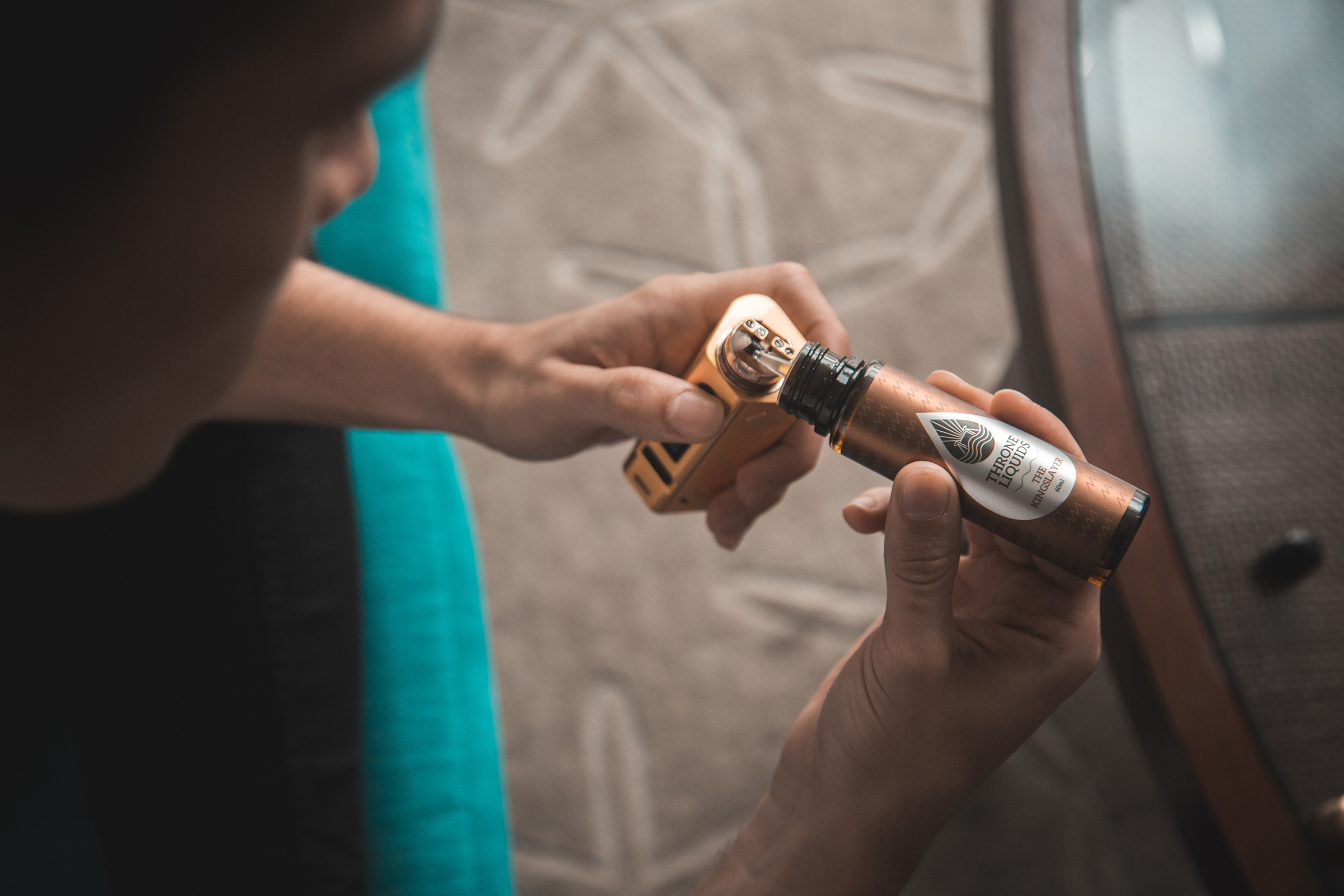 Have you tried using more mint in your vaping combinations? Mint is very refreshing and might be just what you need. Why? Well, to “taste” the mint, you don’t need to actually taste it. How, you might be wondering?

Well, mint activates your thermoreceptors and not taste receptors, which is why it tastes so refreshing and why you feel it in your eyes and nose. Therefore, peppermint can be used both as a prevention and solution for Vaper’s Tongue. A mint vape juice is a must try!

Now on the vaping side of things, you can try taking longer pauses between vaping sessions. Vaper’s Tongue is very common with chain smokers and chain vapers. If you need to smoke frequently, maybe it’s the lack of nicotine.

There’s a simple solution for this – try upping your nicotine levels in the vape juice while increasing the rest time between sessions. If a higher amount of nicotine is not helping, you can always try unflavored juices.

It satisfies your need for vaping while simultaneously giving your taste buds a break. It’s similar to taking a rest, but you don’t have to give up the pleasure altogether – just put a little pause on the aromatic side.

If none of these solutions are helping, you can try using mouthwash, although there are mixed thoughts on using mouthwash for fixing the Vaper’s Tongue. Some people say that it cures it, while others say it causes it! Just to be on the safe side, go for this option only if none of the above have worked.

Also, if you are taking some medication, ask your doctor if it can cause a dry mouth or loss of taste. The vast majority of people take some form of medication with these side effects. Seeking medical attention from your doctor or dentist is always good advice.

All in all, Vaper’s Tongue is not a serious condition, it happens only from time to time, and it’s a common occurrence among vapers. If you happen to experience Vaper’s Tongue, and if it doesn’t go away on its own in a couple of days, try some of the approaches we’ve recommended above. In some cases, the Vaper’s Tongue can last up to a couple of weeks, but keep trying to eliminate or at least decrease it.