It’s estimated that roughly 6.7 million motor vehicle accidents occur in the United States each year. Although these numbers are fairly significant, many people dismiss the possibility of being involved in an accident until it actually happens.

Motor vehicle accidents can occur in a variety of ways, making certain incidents more common or more dangerous than others. Knowing which accidents occur most often, how they are caused, and what the repercussions may be can help you better understand the importance of defensive driving and lower your risk of an accident. And if, in any case, you are involved in an accident, it would be beneficial if you knew what type of road traffic accident claim to pursue.

In no particular order, here are eight of the most common types of car accidents you should know about. Before we delve into the details of the accidents, make a note that you should never try to solve things on your own in case of an accident. Always consult an attorney, for instance, DUI Attorney Wichita KS.

You can also consider Motorcyclesafetylawers.com to help you when it comes to Motorcycle accidents, they’re one of the most reliable law firms around the globe.

Not only is a head-on collision one of the most common types of car accidents but it’s also widely considered to be the deadliest.

As it involves the forces of two vehicles traveling in opposite directions, the unfortunate reality is that a large percentage of these accidents are fatal. Nearly 5,000 people are killed in the United States each year due to head-on collisions.

Even in an accident that involves cars colliding at relatively slow speeds, the opposing forces of both vehicles can be more than enough impact to leave drivers and passengers with debilitating injuries.

Whether you’re involved in one or you witness one, knowing what to do after a head-on collision could help you make a full recovery, receive compensation, or potentially save a life.

The rear-end collision is the most common type of car accident, accounting for approximately 29% of all motor vehicle crashes.

This type of incident occurs when one car’s front bumper collides with another car’s rear bumper. In a rear-end collision, it’s worth noting that the driver whose front bumper makes contact is nearly always at fault.

Much of the time, these collisions involve minor damage and both drivers can escape unscathed. However, more severe rear-end collisions occur when a driver is distracted and doesn’t engage his or her brakes before making contact with the car ahead.

Side-impact collisions involve two cars that are traveling parallel to one another. They most often occur when a car either fails to merge into another lane safely or attempts to overtake a car without spotting the car traveling alongside them.

The damage caused by accidents can range from light scrapes or blemishes to large dents and structural damage, depending on the force at which the two vehicles collide.

While side-impact collisions aren’t typically fatal in and of themselves, they can cause drivers to overcorrect, spin out, and even collide with other vehicles or objects. 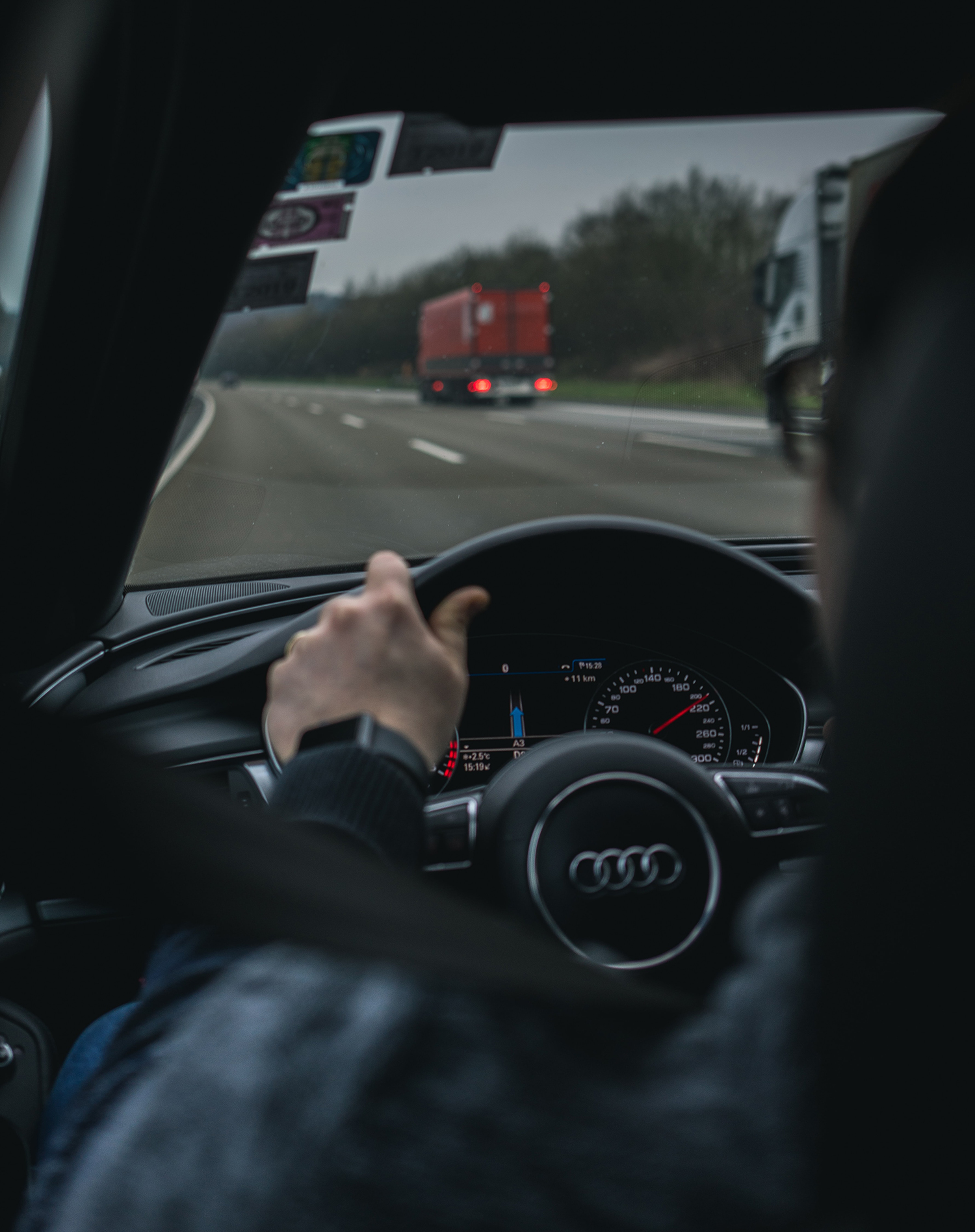 Sometimes referred to as a “T-bone” accident, a cross-traffic accident occurs when a car collides head-on with the side of another car.

Cross-traffic accidents are most often caused at busy intersections. They can happen when one driver runs a red light while another driver has a green light; but they can also occur whenever a driver fails to yield to the driver who has the right of way.

Much like head-on collisions, cross-traffic accidents are often fatal. These incidents typically involve at least one car that is traveling at a high speed, making the driver or passenger on the side of the impact particularly vulnerable and likely to sustain severe injuries.

Pedestrians are also at risk of being struck, injured, or killed by an accident at an intersection. In 2017, 5,977 pedestrians were killed in United States traffic crashes and it’s estimated that another 137,000 pedestrians were treated for injuries.

Particularly when cars are keeping traveling distances at a minimum or conditions are poor, a single collision between two cars can quickly cause other cars to become involved in the accident as well.

In a chain reaction or multivehicle accident, it can be very difficult to determine who is at fault. In many cases, the driver who caused the initial accident is held liable for the damage to all other vehicles.

Rollover accidents don’t always include other vehicles or objects, however. They can occur when a driver misjudges the sharpness of a turn or drives too quickly around a bend in slippery conditions.

Low-speed contact accidents—although not among the deadliest types of accidents and not typically fatal—occur quite frequently. These accidents are caused when drivers attempt to navigate tight spaces that are too difficult to maneuver.

Some of the most common scenarios include making contact with another car while pulling into or out of a parking space and colliding with a vehicle or object while making a sharp turn in a parking lot.

As these collisions occur at speeds of just 10 miles per hour or less, drivers are not typically in danger—although their vehicles may be damaged. Rather, pedestrians are more at risk of getting injured in these types of accidents.

However, approximately 21% of all motor vehicle accidents are weather-related, and this is often the case with a single vehicle crash. A driver may swerve to avoid colliding with another vehicle or lose control of the vehicle when its tires are unable to grip to the road.

Finally, a single vehicle accident can also occur when one of the car’s systems—such as its braking or steering system—is defective. Above all, regardless of the type of car accident, it is important to think about the after-effects, such as material damage and personal injury. If you have been suffering because of the accident, you need to prove it in order to get compensated in a fairway. This is where a personal injury attorney can help you deal with the situation. Thanks to vast experience with similar cases and profound knowledge of the law, a qualified attorney will immediately gather the necessary evidence to win the case. Professional personal injury lawyers possess all the required skills to run efficient negotiations with insurance companies to exclude any possible difficulties of compensation processes.