While you don’t find galvanized pipes in new homes these days, these pipes were often used in older homes and are still in use, although many of them are coming to the end of their long but useful life. Drain pipes in modern homes have been made of PVC for quite a long time now. The old pipes were made with steel that was then galvanized with a zinc coating to prevent rust. Despite being heavily galvanized, the coating is not entirely resistant to the ravages of time and these pipes are increasingly susceptible to corrosion as they age. And they are ageing. We’re talking 50 years old and more.

The interior rusting of these pipes is one of the main things behind their propensity to get frequently blocked. As the interior surface of the pipe corrodes, the rust makes the walls rough and uneven. That means stuff that goes down the drain is more likely to catch and get stuck, which in turn catches more gunk, which ends in a blockage. That leaves you contemplating a stubborn pool of dirty water in the bathroom sink or wherever and wondering what to do. But don’t stress. The answers to your problem are laid out below.

Your first step has been the easiest because you are already doing it. You have googled up this very useful page which is going to tell you exactly how to unblock your galvanized pipes. First step done!

Use a cup or, if you prefer, a throwaway small container like a tin can, to scoop out the water into a bucket. You really don’t want to use a cup if you’re removing the water from the toilet bowl. No doubt you have already removed the plug since the sink is blocked, but the next step won’t go so well if you don’t remove it.

Put on the kettle and boil some water. You might be tempted, but now is not the time to have a cup of coffee. Pour the boiling water into the sink until you’ve got about two inches over the drain hole. If the clog is in a galvanized sewer line from a blocked toilet some hot water might help loosen things, but don’t freely pour boiling water into the ceramic bowl because it is likely to crack.

The reason you’re pouring in boiling water is to partially melt any grease or fat in the clog. The point is that you must have some water over the affected drain opening for plunging to be effective and that water might as well be hot enough to help in the process of clearing the clog if you can get away with it.

Now you have to find the plunger or go down to the local store to buy one. That really should have been step 2 because the boiling water will have cooled down by the time you purchase a new plunger. In my experience, it will definitely cool down in the time it takes you to find the plunger, so have the plunger at the ready before you do the boiling water trick. Anyway, place the plunging cup of the plunger firmly over the drain opening. Push the plunger up and down to push water forcefully through the drain pipe. The pressure created by the water as it rushes down the galvanized steel pipe may dislodge the clog. With luck the gunk will shift and the sink will drain with a satisfying gurgle.

With the toilet, you should use a ball plunger. That’s what to ask for at the store and they should know what you mean.

A ball plunger is designed for unclogging toilets and seals against the toilet drain opening better than your standard cup plunger. 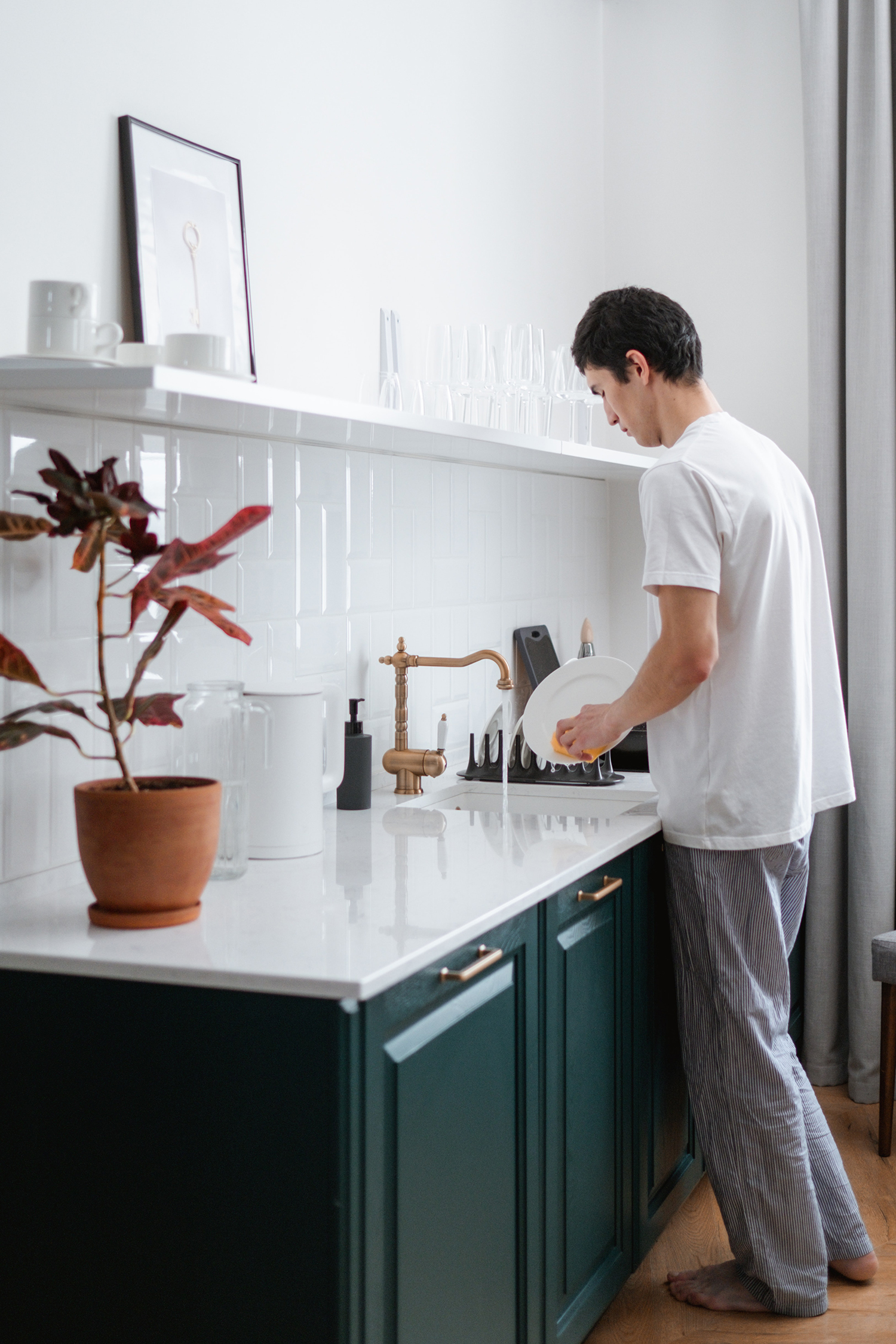 If the satisfying gurgle has not been forthcoming, continue plunging the drain until the blockage is broken up. Try a bit more hot water. If the water starts draining normally, you have successfully cleared the clog, notwithstanding any gurgle, satisfying or otherwise. But if you’ve plunged and plunged without success, then read on and enact the next steps.

Store time again. Go and buy a chemical-based drain cleaner. Read the instructions and follow them carefully. Pour the stuff down the affected drain and let it do its work as per the instructions.

If it clears the clog, run hot water down the drain for at least 10 minutes to fully flush the drain cleaner from the drainpipe. With the toilet, simply flush it a number of times. But what if even that doesn’t clear the clog?

This is the point where you should realise that hiring an electric drain cleaner is throwing good money after bad. Your next step is to find a plumber.

Plumbers have the gear to clear stubborn blockages such as the aforementioned electric drain cleaner, which can munch through all sorts of clogs to get your galvanized drains flowing again.

If that doesn’t work, plumbers have a few more tricks up their sleeve. They have access to some serious chemicals such as acid. They might use this. But the go-to piece of heavy artillery is the hydro jet machine. This impressive bit of kit even needs its own trailer to be moved around. But all it uses to force blockages down the drain and out into the main sewer is water. It blasts water at such high pressure that it can cut through tree roots. Hydro jets come with nozzles with names such as the ‘root rat’ and if they can’t move what is lodged in the corroded mess that is the interior of your galvanized drain, you have only 2 more options left.

This is the time the plumber has to go high tech and bring out the drain camera to see exactly what’s going on and where. The pipe might have rusted out and that leaves you with replacement or relining.

Pipe relining is a process where a resin is put into the pipe to create a new lining. You do this if the pipe is difficult to access. The other and final solution is to dig up the drain and replace it with a new PVC pipe that isn’t going to rust and cause all these problems. As experts from LocalTechnician.com.au point out “The only long term solution with galvanized pipes is replacement.”