You’re cooking dinner, washing laundry, and doing a terrific job of multitasking like Martha Stewart. Then it happens.

The power goes out, and all your momentum disappears with the pop of a switch.

What happened? Most likely, all the usage at once tripped your breaker. It’s an easy fix, but it can also be dangerous.

All About the Circuit Breaker

Your home is wired with a failsafe called a circuit breaker. It’s not intended to turn your power on or off. Rather, it’s a safety mechanism that kicks in when the electricity in your house is in danger of overheating.

Every time you plug something in, electricity flows to it and through it. As it flows, it generates heat, which can cause sparks and turn into house fires if something interrupts the flow.

Circuit breakers are the system that prevents this from happening. It may be irritating when it trips, and your power disappears, but it’s better than the alternative. Before an overload or circuit shorts, the breaker saves the day.

So what happens after the breaker trips? Most of the time, it’s an easy fix that can be taken care of within seconds with these five steps. 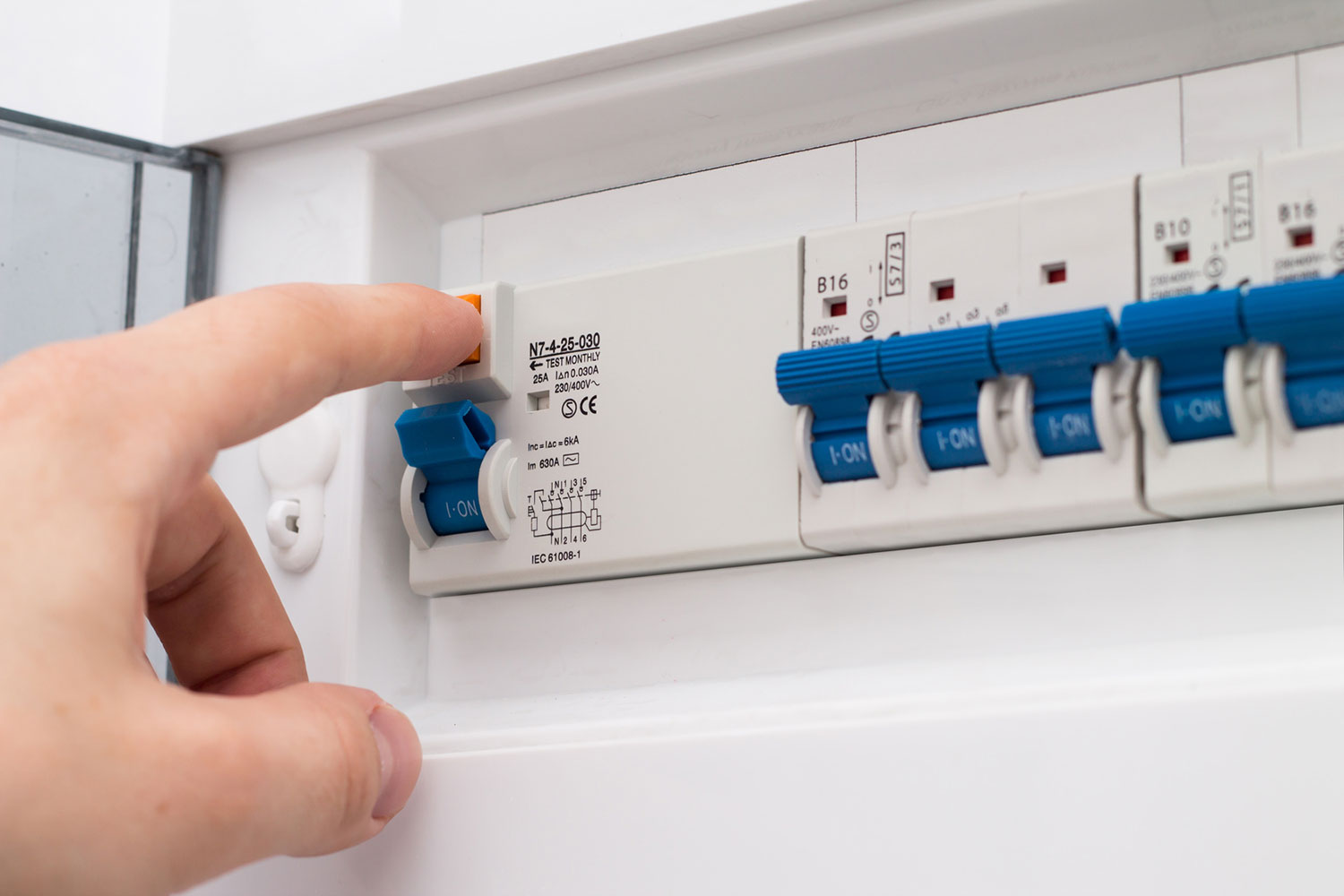 Yes, you’re basically flipping a switch. It’s not rocket science, but it is electrical science. That means you need to be cautious because electricity in any form can be dangerous.

Electrical complications are one of the main causes of house fires. Don’t take chances that your tripped circuit breaker is no big deal. If it happens more than once, there’s something going on behind the scenes that needs to be fixed.