Smoke alarm installation is one of the most important operations that can take place whenever a new home or apartment is being built.

One of the most important aspects of smoke alarm installation has to do with where in the home they are installed.

If a smoke alarm is installed in the wrong rooms or in the wrong spots in certain rooms of your home, the results can be irritating at best and dangerous at worst.

Knowing where you should have your smoke alarms installed will make your home much safer and will also prevent said smoke alarms from going off even if there is no sign of smoke in the home, which is a very common issue that comes up with even the most modern smoke alarms.

Before learning about where you should install your smoke alarms, it’s a good idea to know which kinds of smoke alarms should be installed first.

Which Kind of Smoke Alarms Should You Install?

There are two kinds of smoke alarms that homes contain.

The first of these operates on ionisation. With their development beginning in the 1970s, these smoke alarms utilise a radioactive element known as americium to “smell” smoke that approaches it.

Additionally, ionising smoke alarms operate on batteries. Whenever just one of them runs low on batteries, it as well as all of the other smoke alarms in the home will go off until the batteries are replaced.

Even then, if the battery is not installed into the ionising smoke alarm properly, it will still go off even when there is no smoke present at all.

These kinds of issues combined with the fact that ionising smoke alarms use radiation make them obsolete, which means that they do not meet regulations.

Smoke alarms that do meet regulations are ones that are photoelectric. These kinds of smoke alarms do not use radiation. Instead, they use infrared technology to “see” smoke in the home.

While these kinds of smoke alarms still use batteries, they tend to not run into the issues that their ionising counterparts run into when their batteries run low.

Because of this, you need to make sure that your home has photoelectric smoke alarms. These alarms are the new industry standard and meet current regulations.

Now that you know what kind of smoke alarms to install, you now need to know where not to install them.

Where You Should Not Install Smoke Alarms

One obvious place where you should not install smoke alarms is any area that is too close to the ceiling or the floor.

It makes no sense to install a smoke alarm close to the floor because chances are good that it will go off frequently since smoke tends to rise from the floor.

Installing a smoke alarm that is too close to the ceiling is also less than ideal because it will be too high up. If there is any smoke present, it will likely dissipate before the smoke alarm has a chance to detect it.

It is also not ideal to install a smoke alarm right next to a vent. This will cause it to go off constantly, since smoke does come from vents.

Installing a smoke alarm in an area that you cannot easily reach is also less than ideal since you will eventually need to change out the batteries. Additionally, it might also not be able to detect smoke the way you want it to.

Now that you know where not to install smoke alarms, it is now time to take a look at some places where you ought to install them. 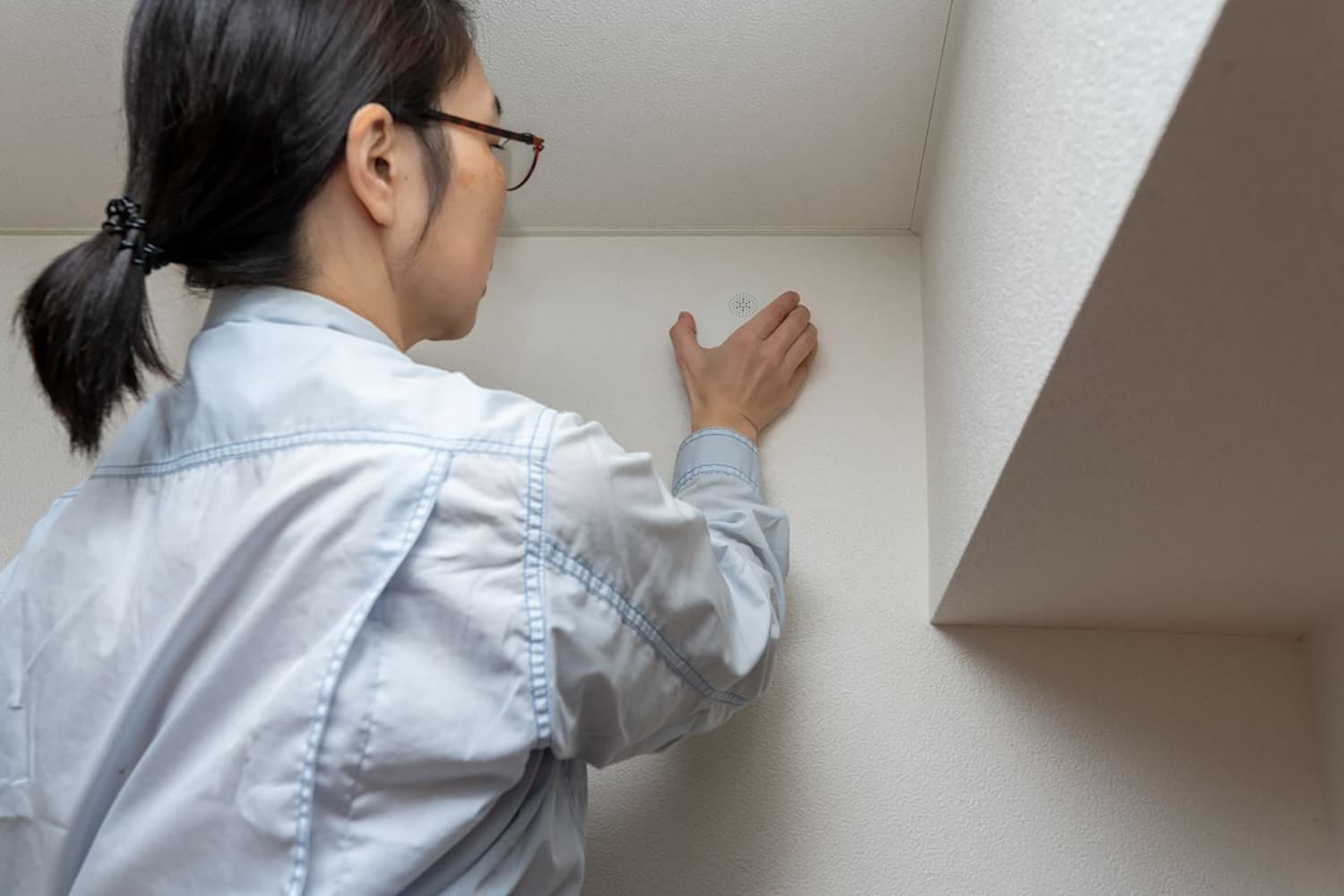 Where Should You Install Smoke Alarms?

Remember that the purpose of a smoke alarm is to detect a smoke that could potentially start a fire.

Because of this, you need to make sure that you install them in areas that are out in the open to where they can detect smoke quickly.

The most ideal place in every room that you should place smoke alarms should be about 20 or 30 feet above the floor. This will allow the alarm itself to detect smoke the right way and will also allow you to access them when you need to.

As far as particular rooms are concerned, you should install smoke alarms in the following rooms of your home:

Installing smoke alarms in other rooms is optional but is recommended in most cases. The only real exceptions to this are bathrooms, and that is only because of all the steam that develops after a shower that will set off your smoke alarm constantly.

Conclusion – What You Should Know About Photoelectric Smoke Detectors

Let’s start with how long they last. Like their ionising counterparts, photoelectric smoke detectors last about ten years before they need to be replaced.

Remember that you just need at least one photoelectric smoke alarm installed in your home for it to meet regulations. It doesn’t mean that the ionisation smoke alarms that you previously installed serve no purpose at all.

Installing the right kinds of smoke alarms in the right places is one of the biggest steps that you can take to make your home much safer. You now have everything you need to do this the right way.