At the annual Monterey Car Week this year, one of four 1963 Aston Martin DP215 Grand Touring Competition Prototypes is set to be auctioned by RM Sotheby’s. The Aston Martin joins the previously announced 1962 Ferrari 250 GTO and 1966 Ford GT40 to represent the pinnacle of racing performance for each of these legendary marques from the golden age of motorsport.

DP215 was the pinnacle achievement for Aston Martin’s racing program, approved by David Brown in March 1963, ordered directly by John Wyer, designed by chief engineer Ted Cutting and fitted with an engine by Tadek Marek as the final racing car built by the factory in the Brown era. By no means a converted road car, this was the ultimate evolution of Aston Martin’s racing program, and the last of the four completely one-off “Development Project” cars, with its sights set squarely on the famed 24 Hours of Le Mans just two months away. 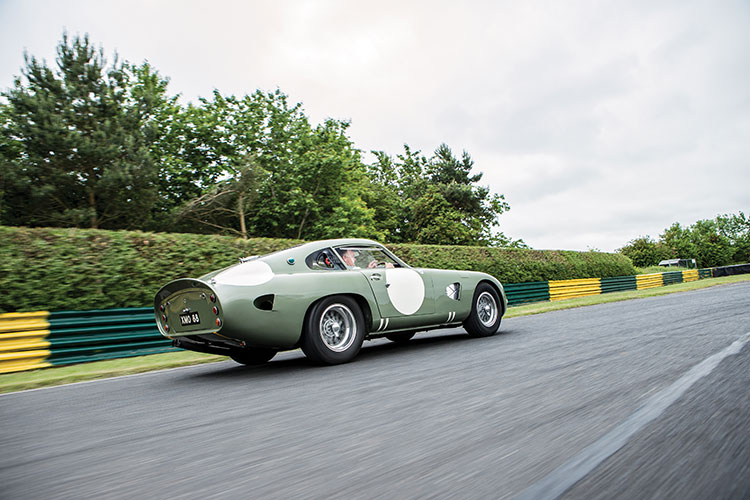 Ultra-lightweight, with a four-liter version of the DP212 engine set farther back in the chassis and cutting-edge wind tunnel-tested aerodynamics, the car was piloted by American ace driver Phil Hill, a three-time Le Mans-winner and the first ever American Formula 1 World Champion, paired with Belgian Grand Prix and endurance-racing veteran Lucien Bianchi. What the pair achieved is almost unfathomable, clocking a staggering 198.6 mph along the famed Mulsanne Straight—becoming the first car to officially break the 300 kph barrier at Le Mans. 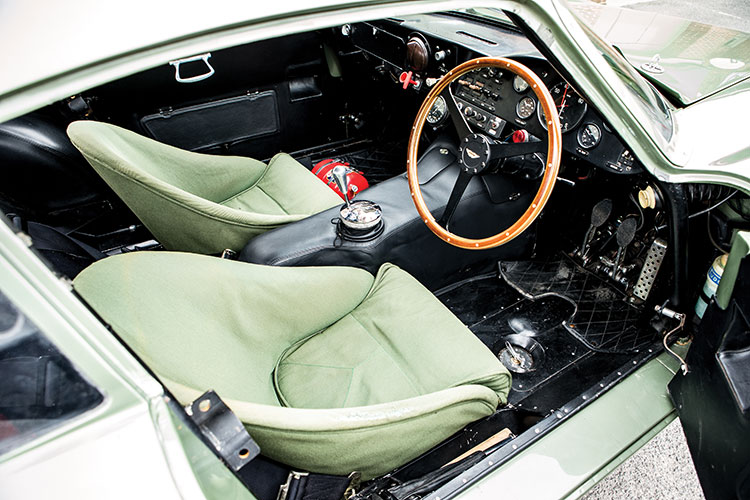 Following its racing career, DP215 has always enjoyed a well-documented and illustrious chain of enthusiast owners, who in later years even engaged Ted Cutting himself to consult on and approve the authenticity of the car’s long-term restoration. The current owners, Neil and Nigel Corner, vintage racing drivers of considerable renown and expertise, perfected the car’s restoration by reuniting DP215 with its original engine, 400/215/1, which was separated from the chassis very early in the car’s history but is indeed the very powerplant with which Phil Hill raced at Le Mans. DP215 is expected to bring $20,000,000 to $25,000,000 when it crosses the podium at Monterey. 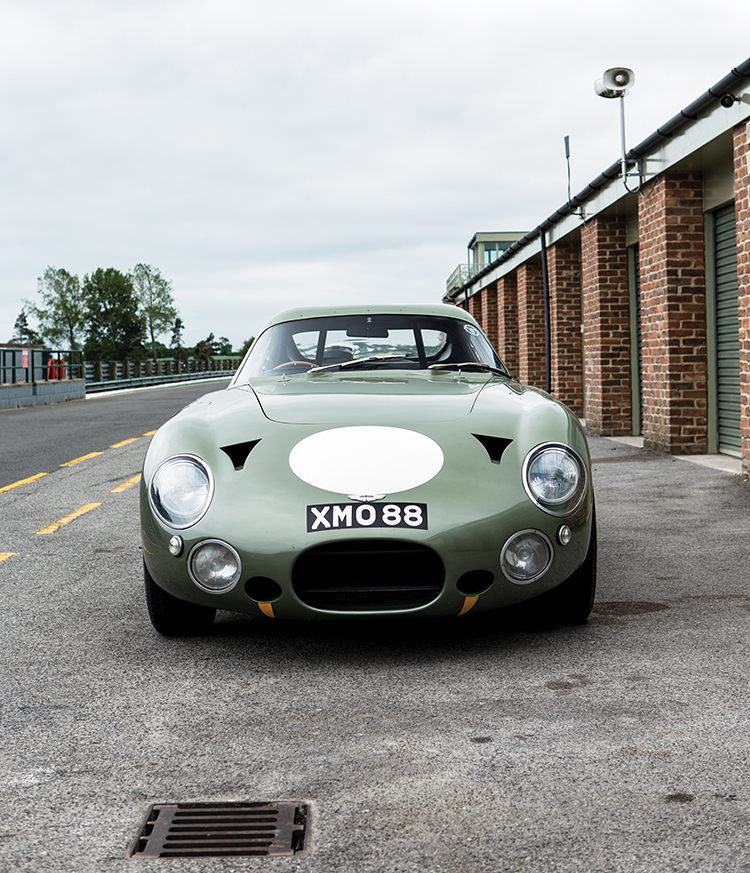