The Vallée du Parc Residence sits in a bucolic valley in Mauricie, a south-central region of Québec. Originally inspired by a reinterpretation of the work of American architect Frank Lloyd Wright, the ground-floor plan is shaped by a studied insertion of various terraces and its relation to the automobile. From a distance, the eye is attracted by the complex angular roof that establishes a geometrical reciprocity with the surrounding hills. 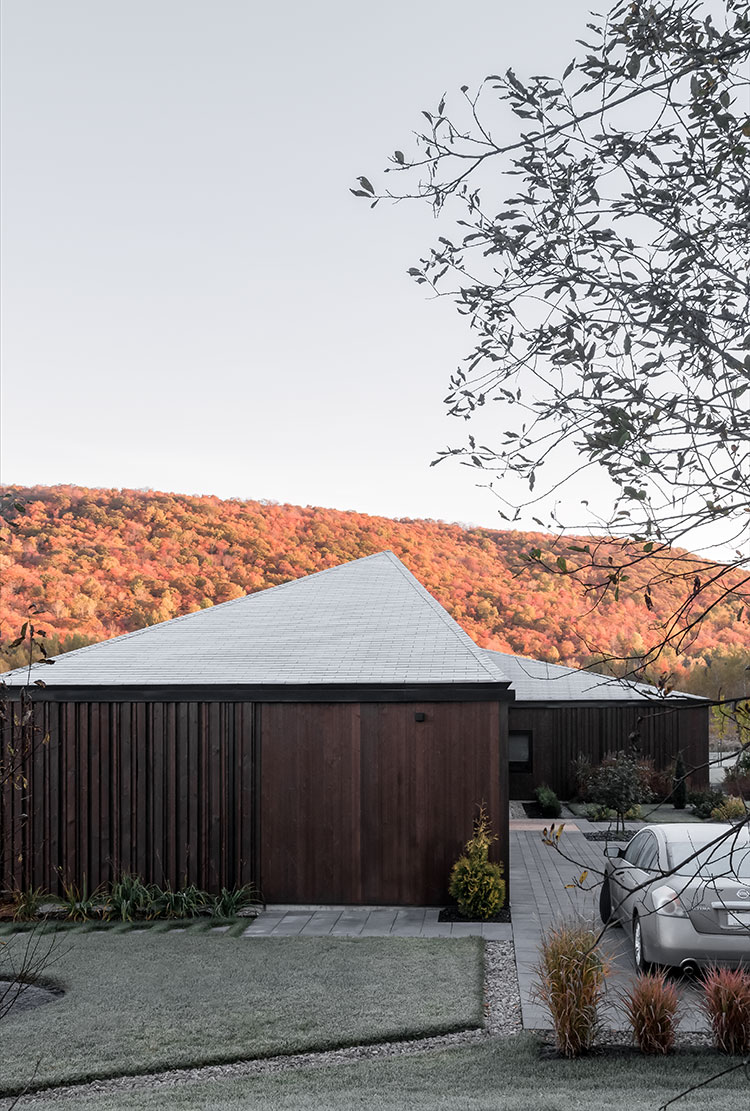 The conceptual development of this project was tinted from the start with a touch of nostalgia. The site of the house itself is part of the former set where were shot most of the exterior scenes of Les filles de Caleb, a mythical television series presented on national television in the nineties. Open views, rolling hills, old barns, perch fences and wild flowers: every aspect of the site was constantly bringing back this historical fiction of rural Québec at the beginning of the twentieth century.

While contemplating this bucolic and almost fictional landscape, the work of Frank Lloyd Wright became a natural reference for Chevalier Morales Architectes. Especially for the strong visual connections, he constantly established between the interior and exterior spaces of his celebrated residential projects. The perceived horizontality of the house is created by the extensive program – six bedrooms, two family rooms, four bathrooms, and three garage spaces – that is mainly located on one single ground floor. 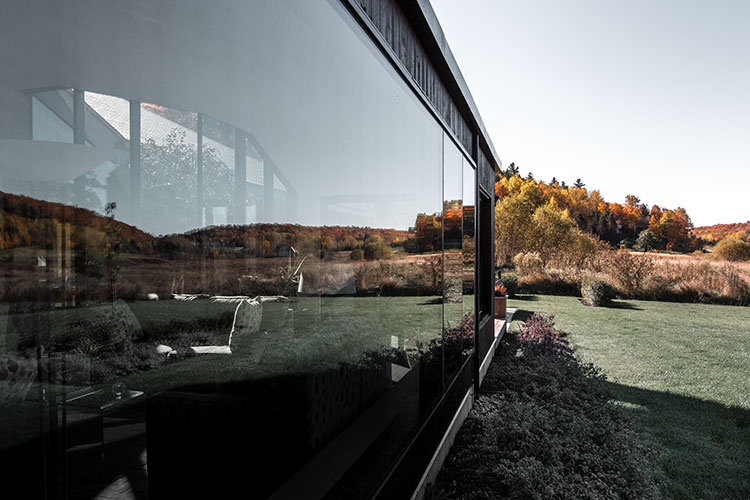 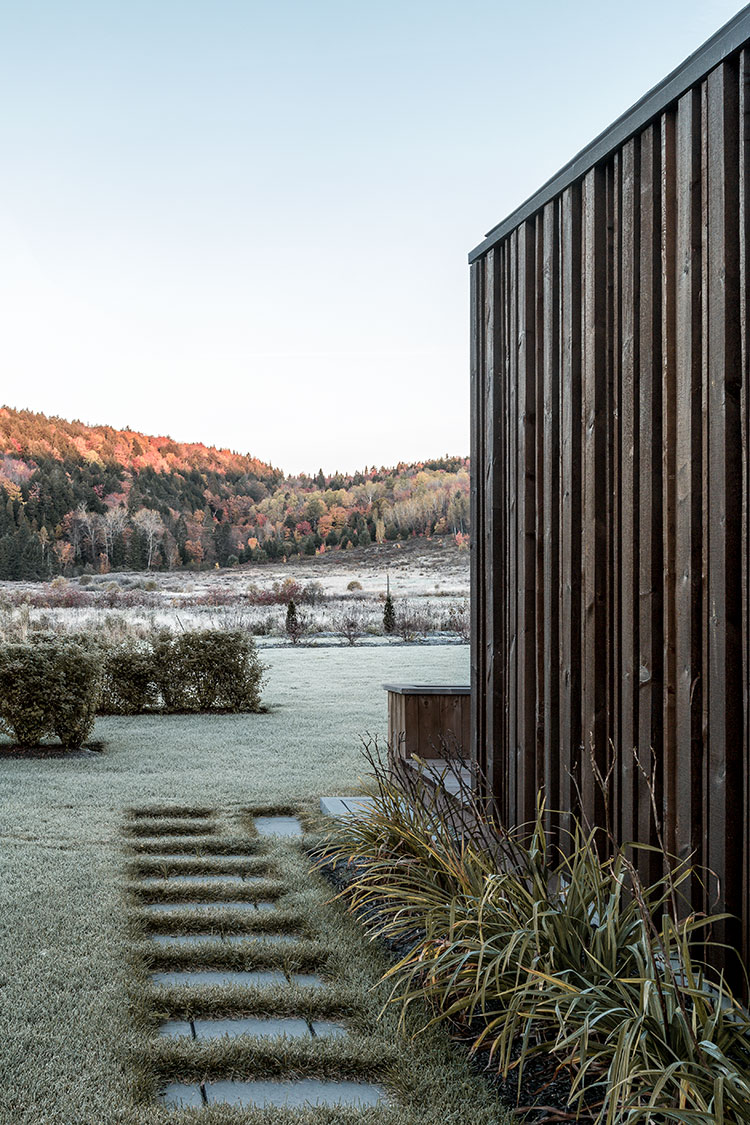 The roof, with its multiple sloped planes, irregular angles and lines, and with a complete absence of overhangs, was ultimately conceived as a geometrical interpretation of the characteristic rolling hills of the site. Instead of merging with the horizon, the roof here creates an architectural dialogue with the surrounding landscape. It is constantly changing, according to the perspective and to the angle of approach to the residence.

Instead of floating over an open plan, the roof forms a whole with the exterior walls, reinforcing the impression of a singular architectural object rooted in the landscape. From inside of the house, the angular planes of the roof reveal themselves and contribute to unify the central living spaces under a complex multi-facetted ceiling. 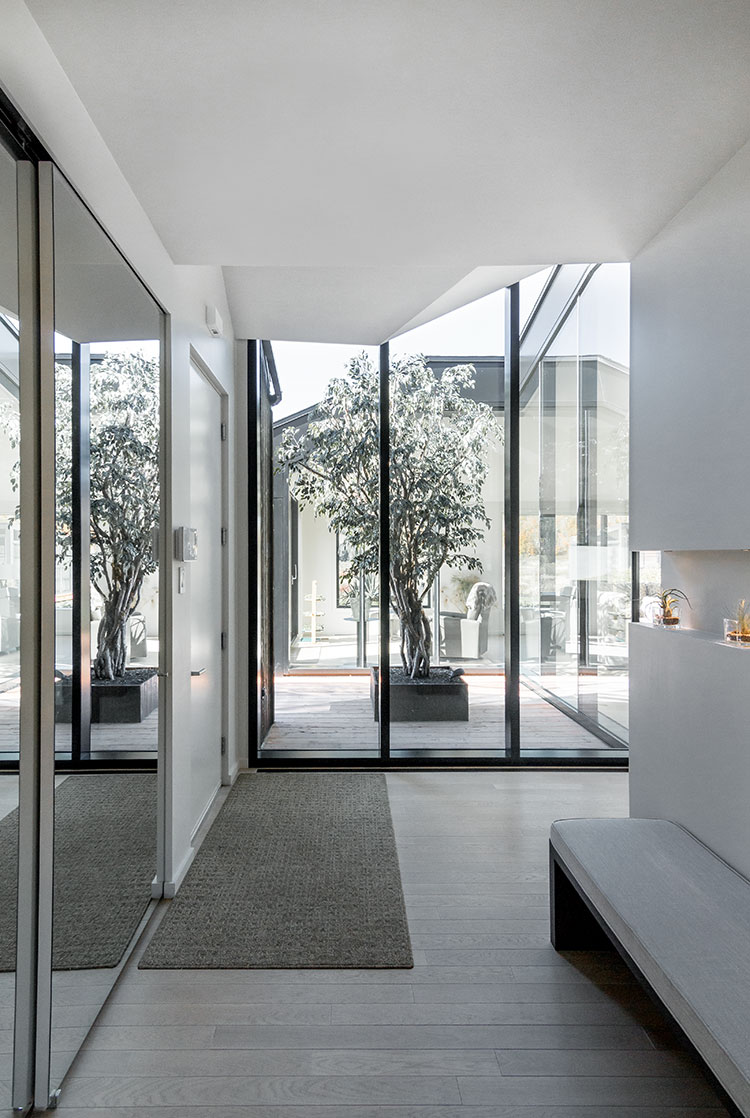 Besides the multiple roof studies conducted during the project’s development, the intention to anchor the house to its site was reached through the introduction of a series of terraces, each one projecting itself directly into the field. These terraces emerge from different subtractive operations made to the original volume to bring various qualities of natural light and space into the house.

The most important terrace was strategically located near the entrance to create a compression effect. It pulls the landscape onto the house to offer an intimate garden to its owners. The idea of a garden defined by the architecture of the house itself was derived from Wright’s work. 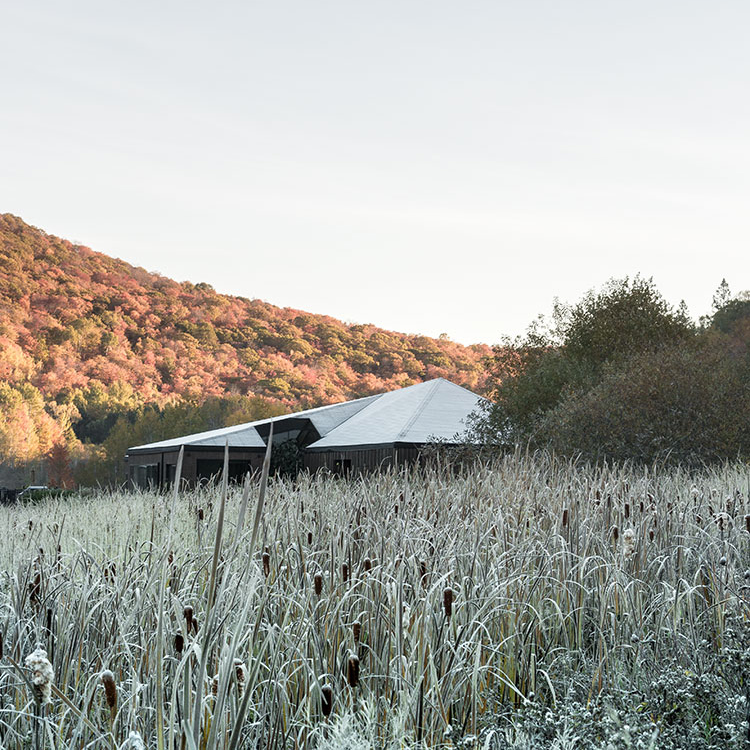 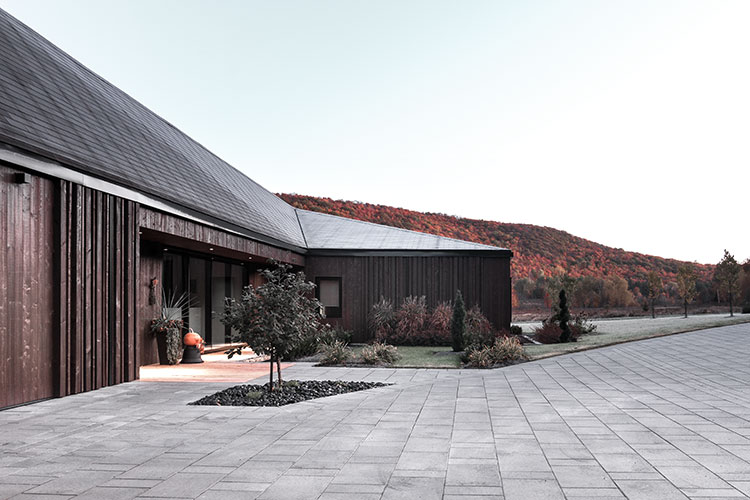 Covered with dark-tinted, rough wood planks of various depths, the exterior walls were designed to offer a dynamic and unique texture defined by the ever-changing natural light throughout the day and the seasons.

In terms of openings, two parallel strategies were used in the architectural composition. Curtain walls were placed in all of the subtractions creating the terraces while more typical windows were used elsewhere. The latter project themselves outside the line of the building envelope, like bulging eyes trying to reach out to and framing specific views. Interior detailing reflects the double nature of the fenestration strategy.

Through its original geometry, textural richness, and spatial connection with its surroundings, the Vallée du Parc Residence initiates an architectural conversation within a delicate natural environment. 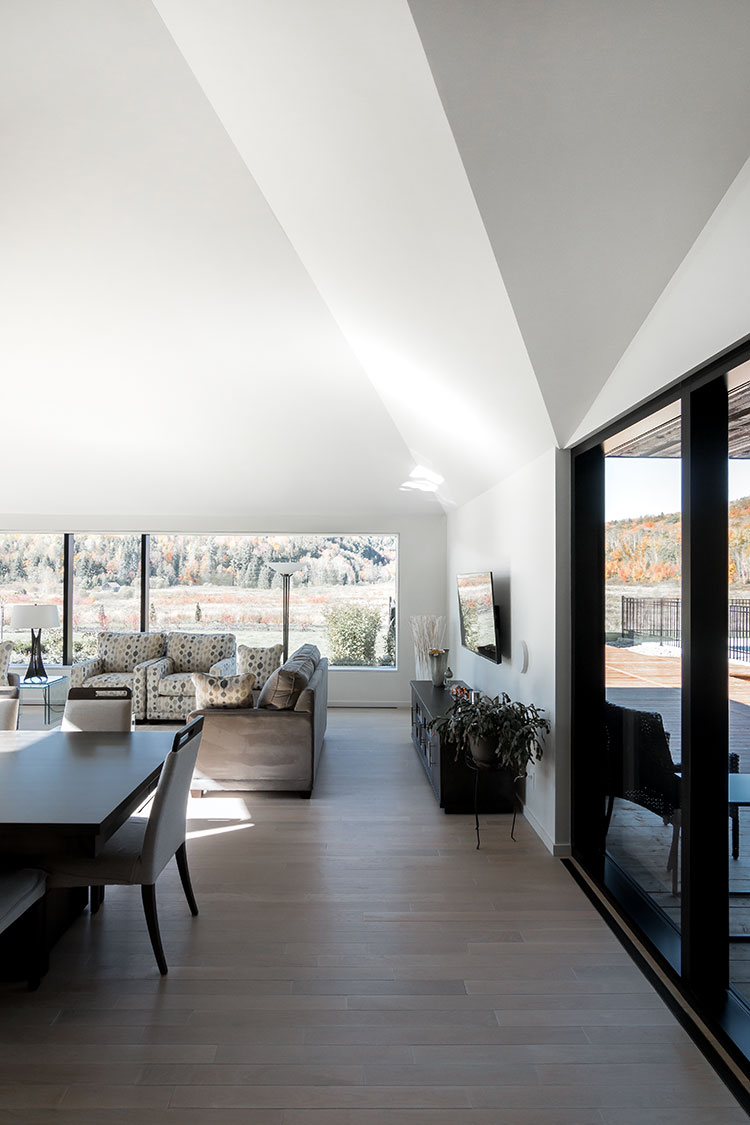 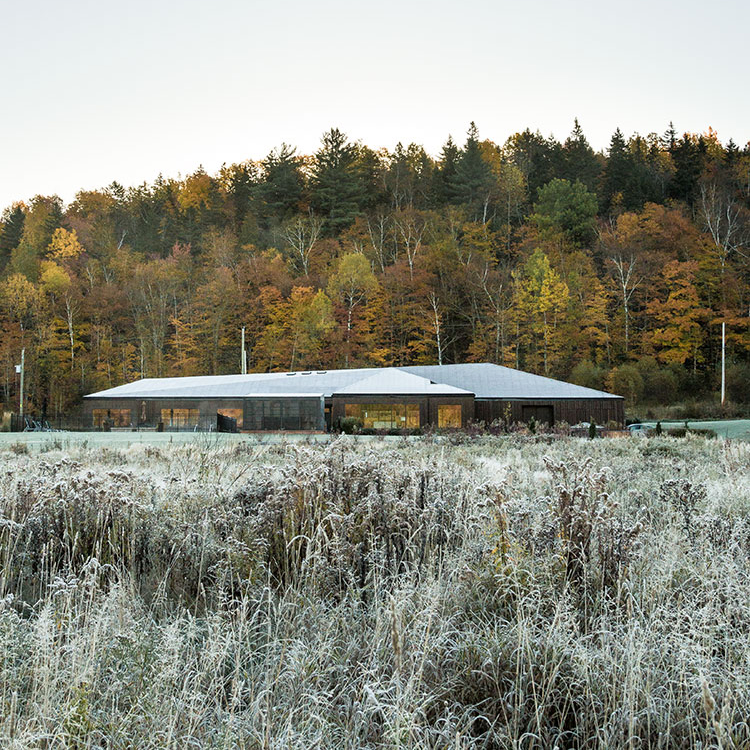 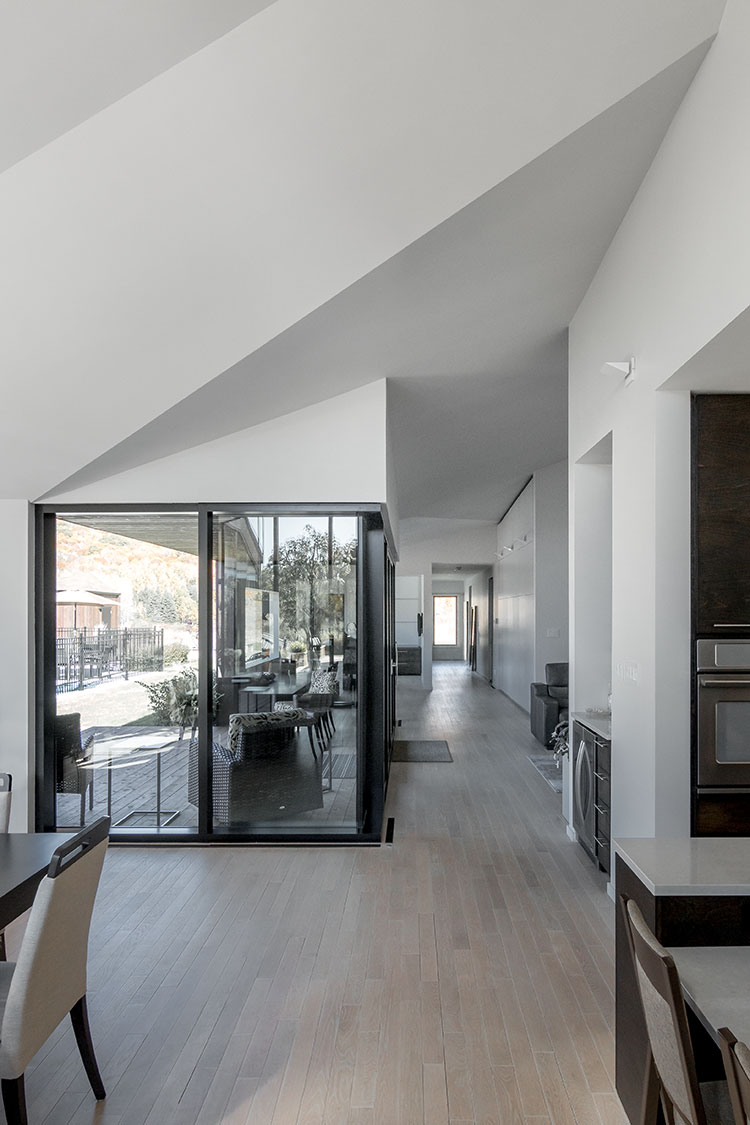 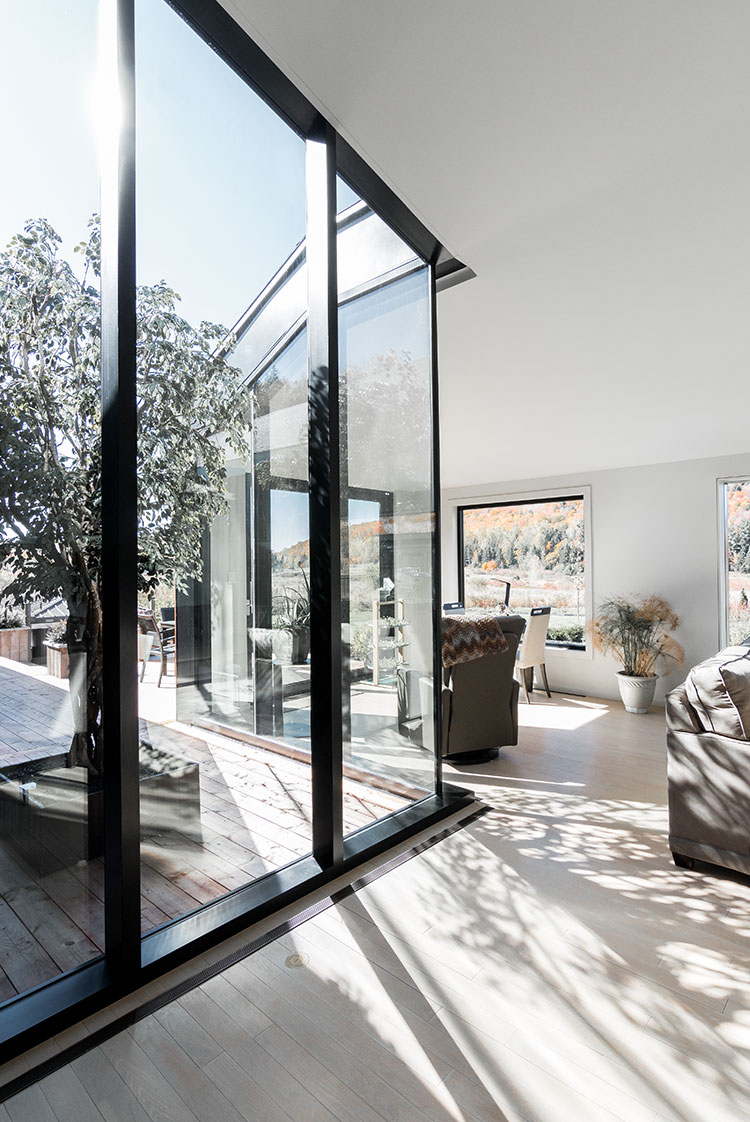 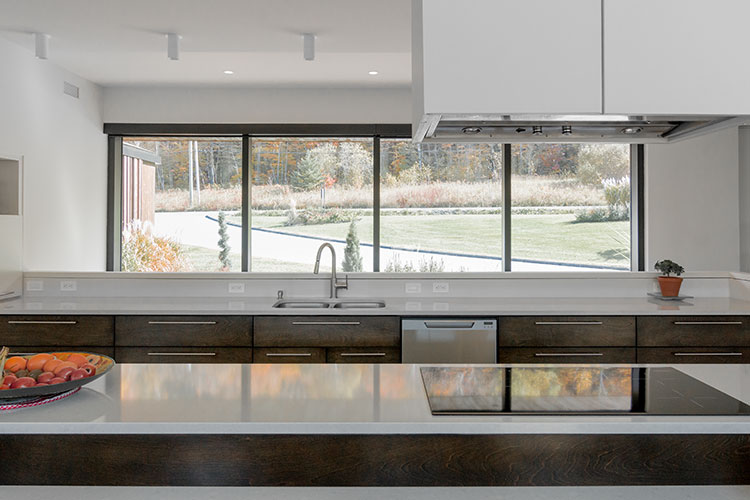 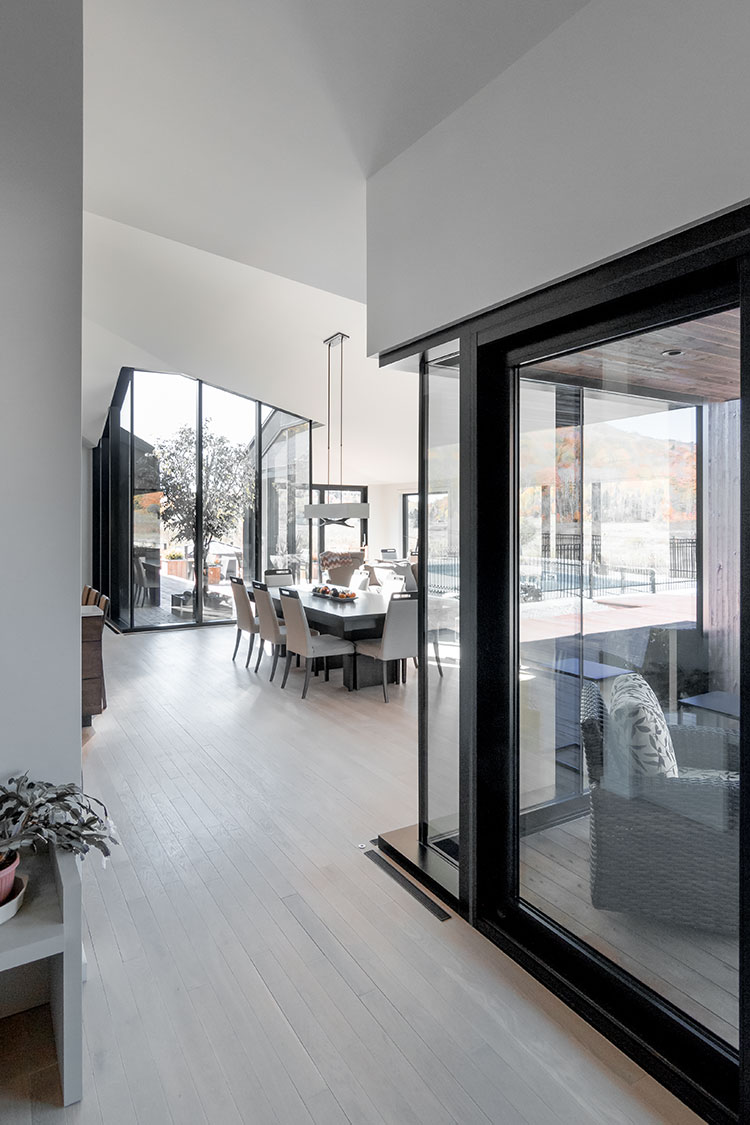 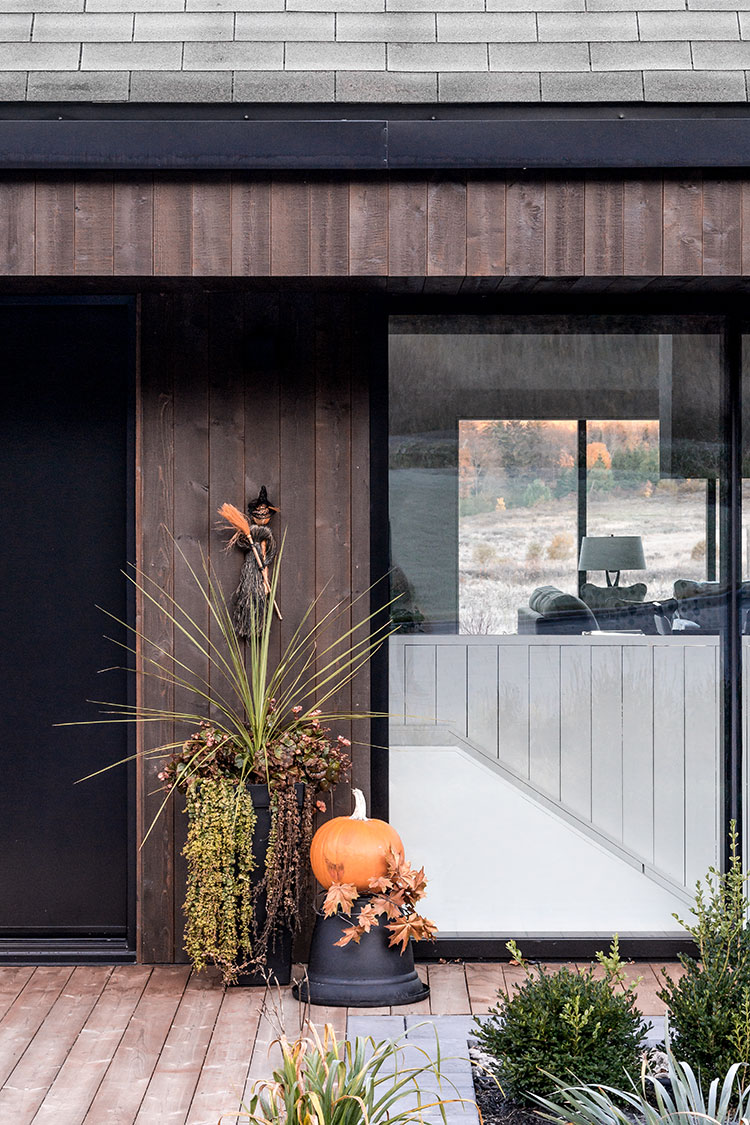