Conceived by Enrico Dusi Architecture and architectural office Salottobuono, run by Matteo Ghidoni in Milan, the Room is a 43 sqm temporary pavilion installed in the heart of Mexico City. The walls are built in concrete blocks. The external surface of the walls is raw, the internal one is painted in light pink. The Room has one circular entrance measuring 2 meters in diameter, and a smaller porthole measuring 60 centimeters placed 2,8 meters above the ground level. Both holes are realized with precast concrete elements, such as common sewage headwalls. If needed, the entrance of the Room can be closed by placing a couple of solid wood panels in front of it. 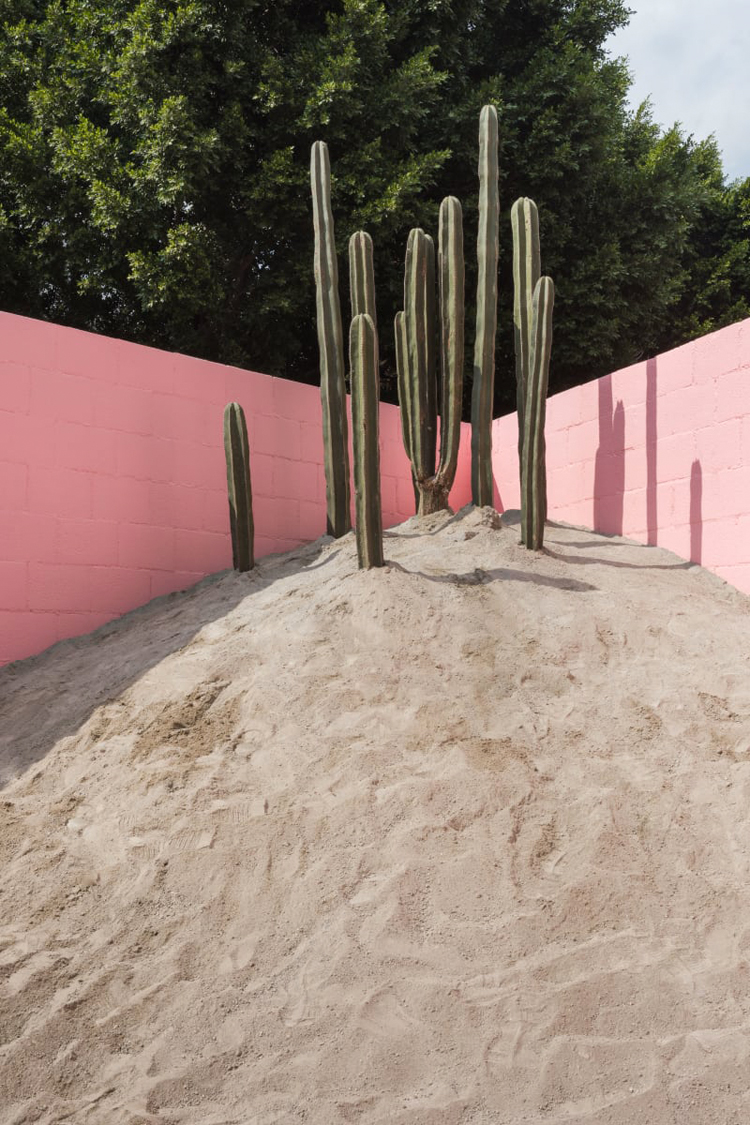 The Room includes certain things and excludes others: it separates an interior from an exterior space. It produces a small region where the urban pressure of Mexico City is both absorbed and provisionally suspended. Outside, the walls provide 120 smq of total exhibition surface for the festival purposes. But they can also be painted, used to hold temporary structures, covered with advertisment, vandalized. Inside, a silent “fragment of desert” holds the memory of the origin of the city. It doesn’t suggest any specific activity, nor tries to forsee them. Its gentle slope is generous enough to accept the unpredictable. 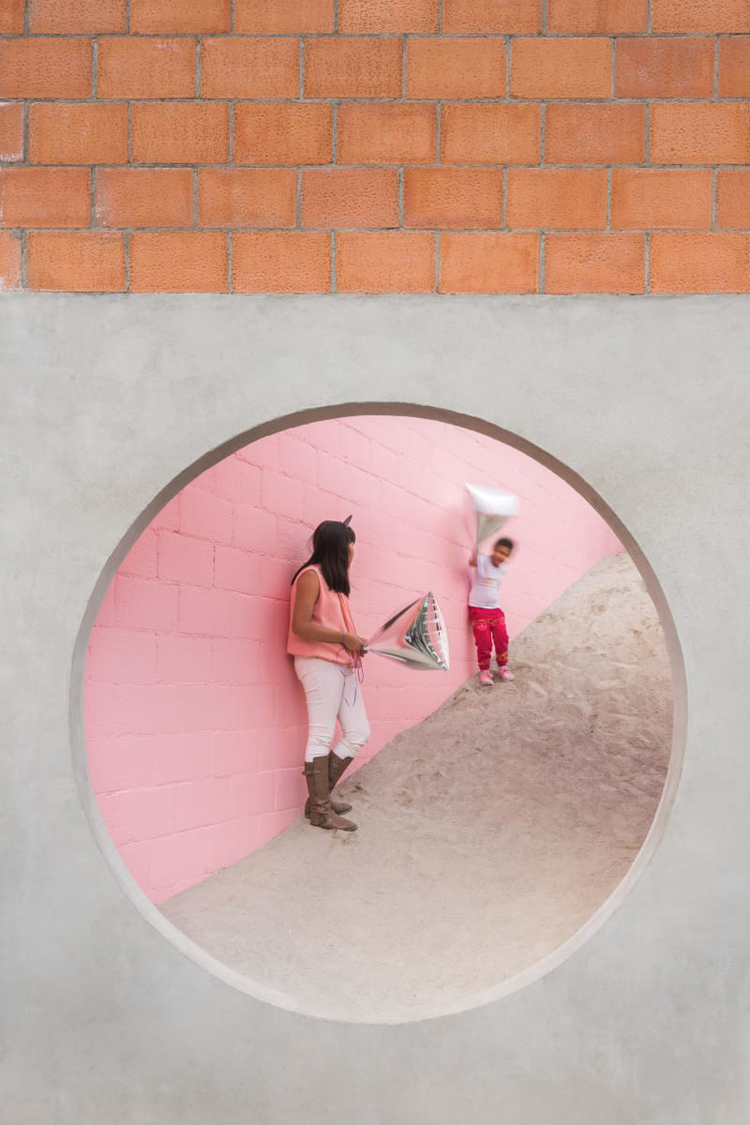 Finally, the Room can be easily dismantled or, rather, demolished. Its ordinary construction material can be collected and recycled. New concrete blocks can be produced from the old ones. But the Room is meant to stay. Recycling the pavilion here doesn’t necessarily mean moving it somewhere else. Confronted with an expected life-span of two weeks, the effort needed for the production of even the most “ephemeral” architectural work is simply nonsensical. “We’d rather imagine, and hope, that the real life of the Room would begin at the very end of the festival, when the whole city will finally project its dreams and desires on this tiny artifact,” explain the architects. 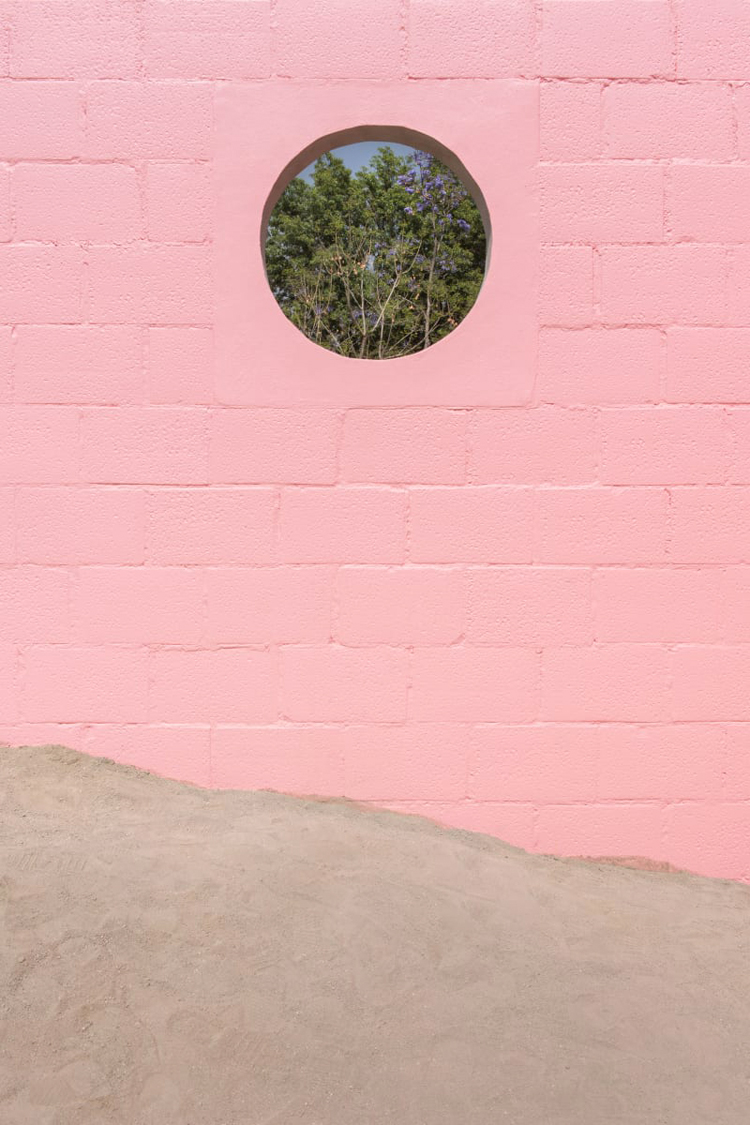 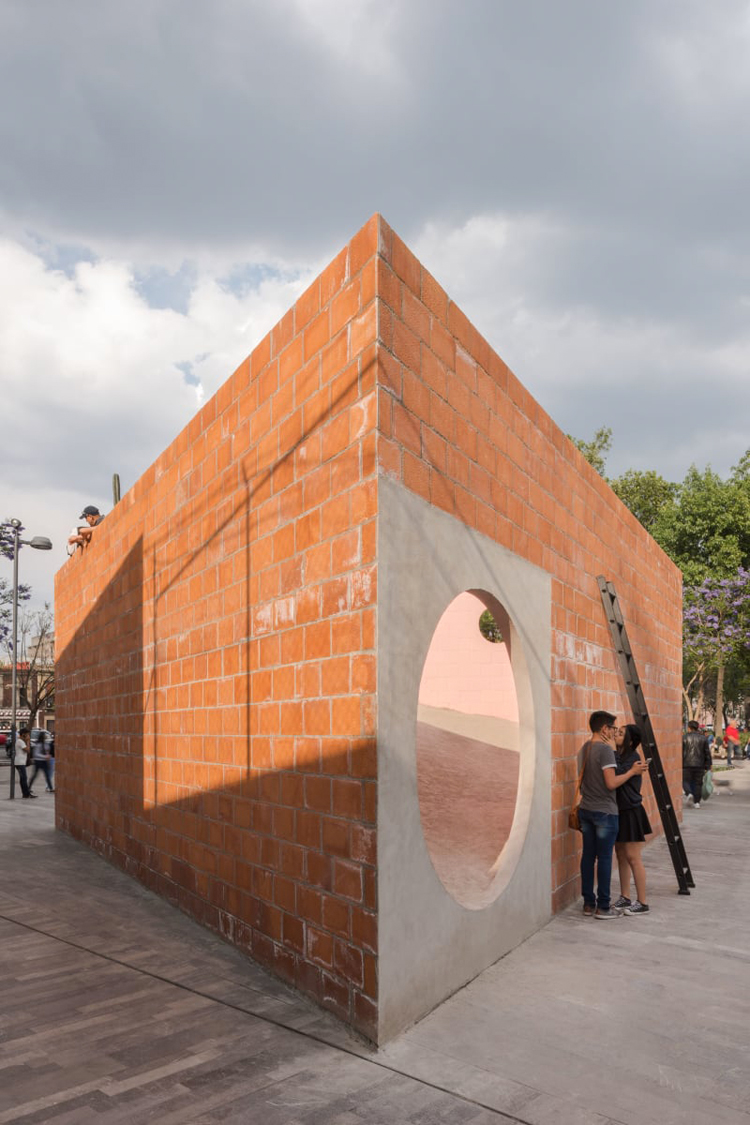 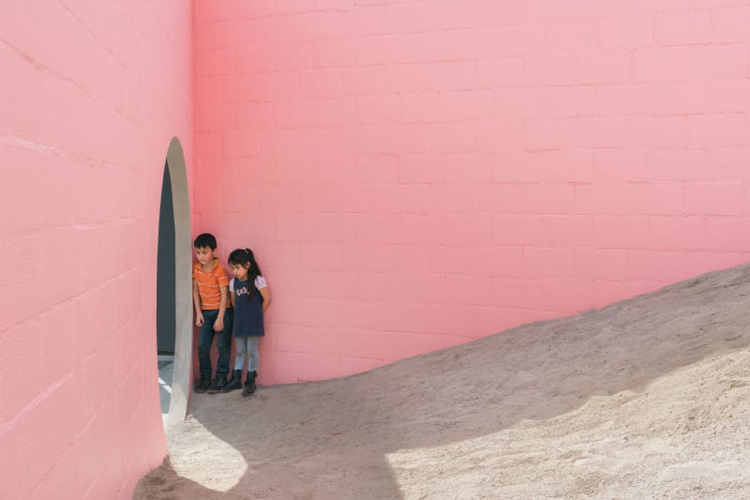 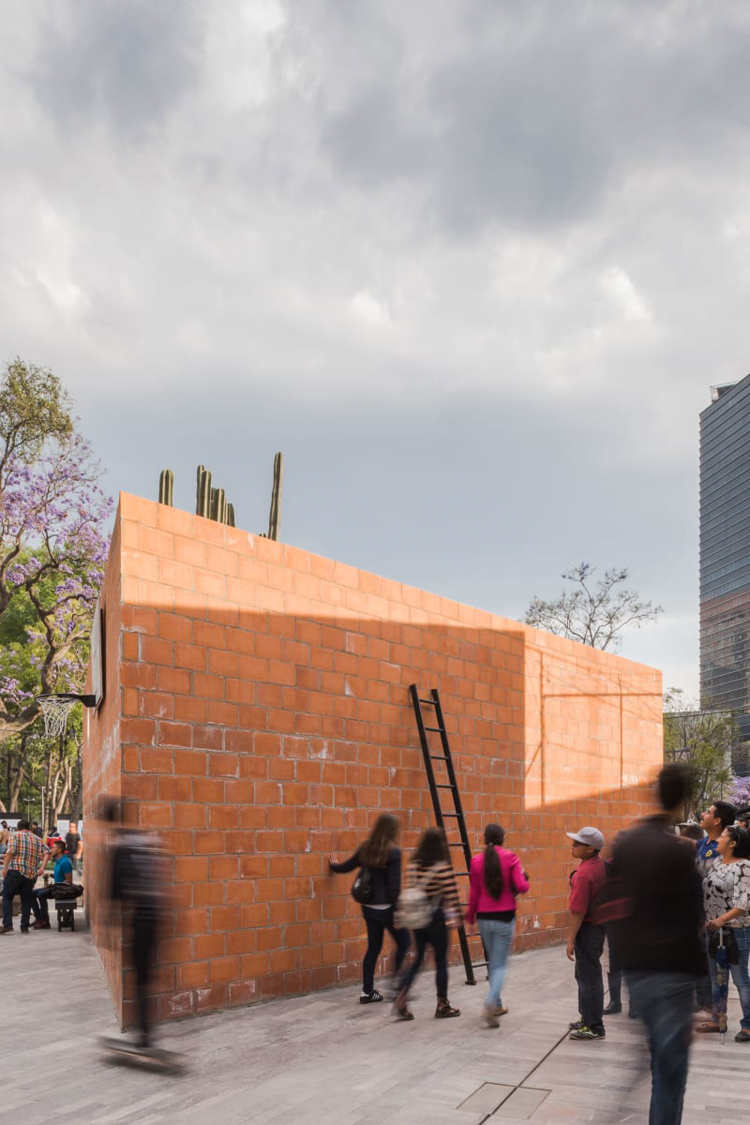 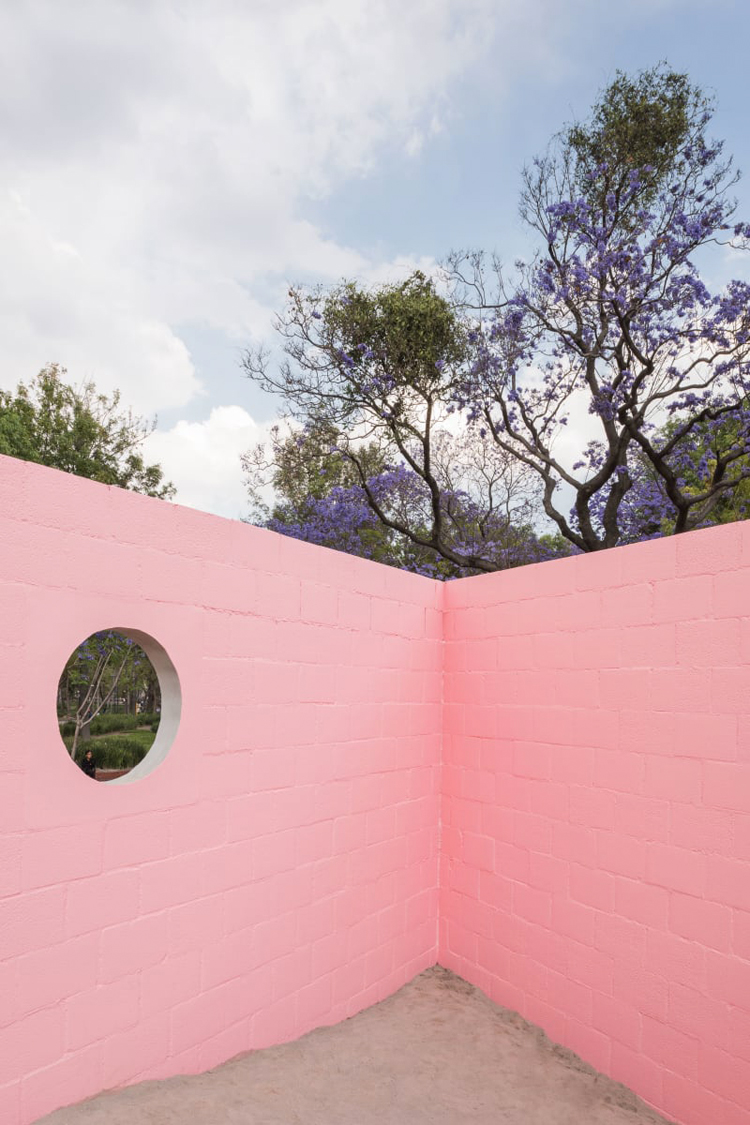 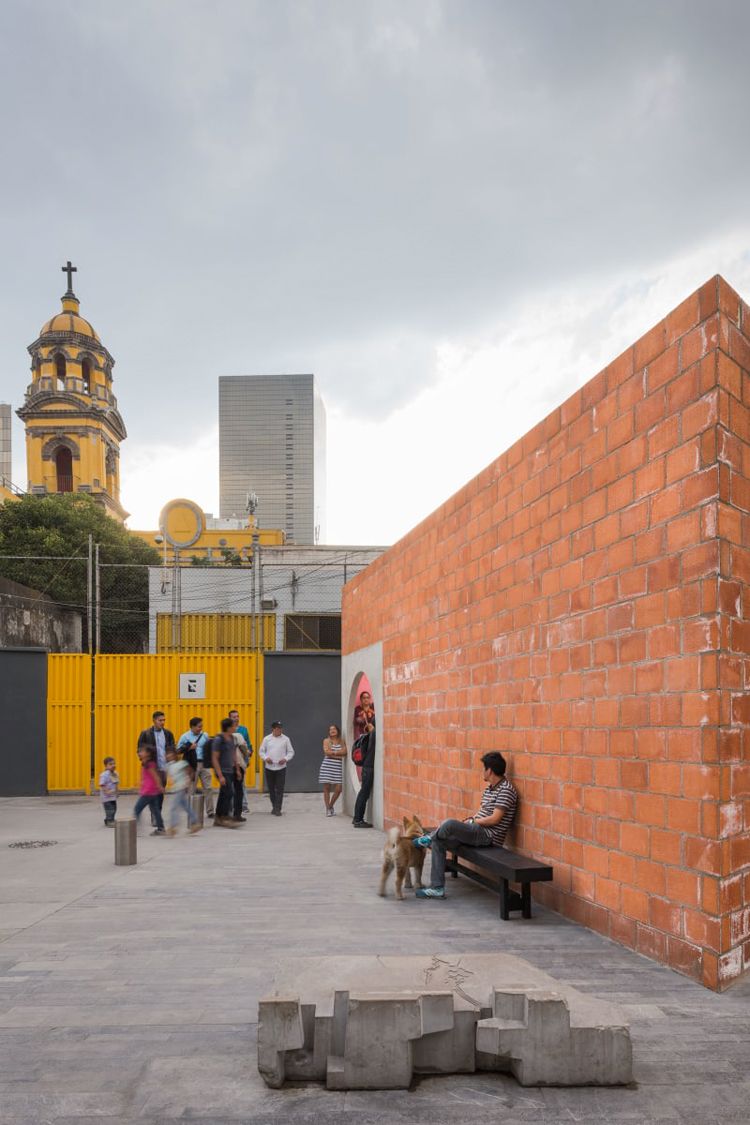 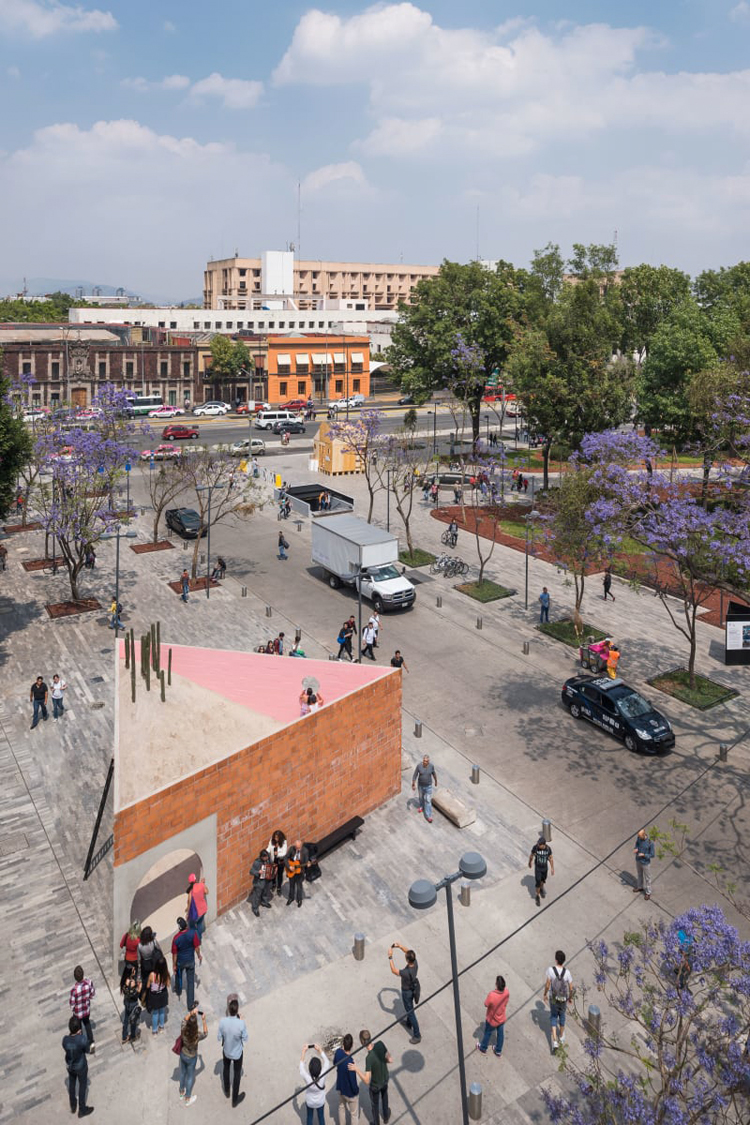