A team at MIT Media Lab has used bacteria to develop a ‘Bio-Skin’ fabric that reacts to body heat and sweat. A millennium ago, a Japanese samurai’s quest into battle took an unexpected turn. An abrupt attack in the midst of an evening meal led to a surprising culinary discovery. What was found on his journey was a previously undiscovered bacteria, Bacillus Subtilis natto. The microorganism lived inside dry rice stalks, which were woven into bags to carry soybeans in that age. Ever since this coincidental unearthing, the mysterious bacteria has become an established fermentation tool for the preparation of nattō, a soybean-based dish in Japan.

A thousand years into the future, a new behavior of the ancient bacteria has been unearthed: the expansion and contraction of the natto cells relative to atmospheric moisture. Enchanted by this phenomenon, a quest into the redefinition of actuation has become the ambition of the bioLogic team.

bioLogic seeks a harmonious perspective, where biological and engineering approaches flow in sync. These animate cells are harvested in a bio lab, assembled by a micron-resolution bio-printing system, and transformed into responsive fashion, a “Second Skin”. We can now observe the self-transforming biological skin activated by living bacteria. The synthetic bio-skin reacts to body heat and sweat, causing flaps around heat zones to open, enabling sweat to evaporate and cool down the body through an organic material flux. In collaboration with New Balance, bioLogic is bringing what once may have lived in the realm of fantasies into the world of sportswear. 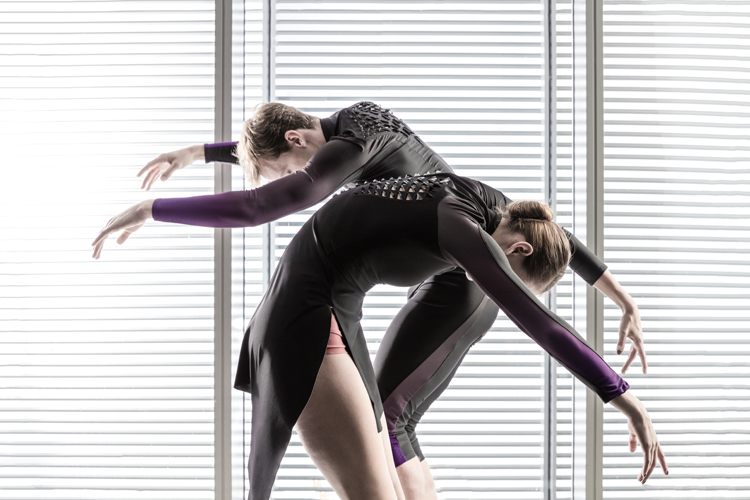 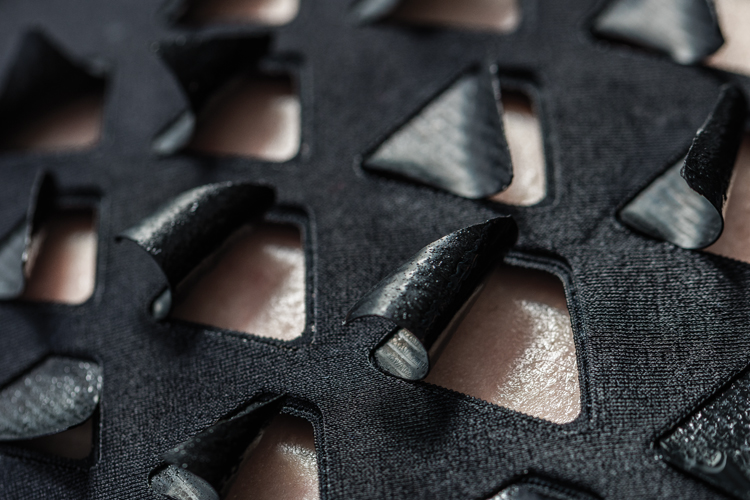 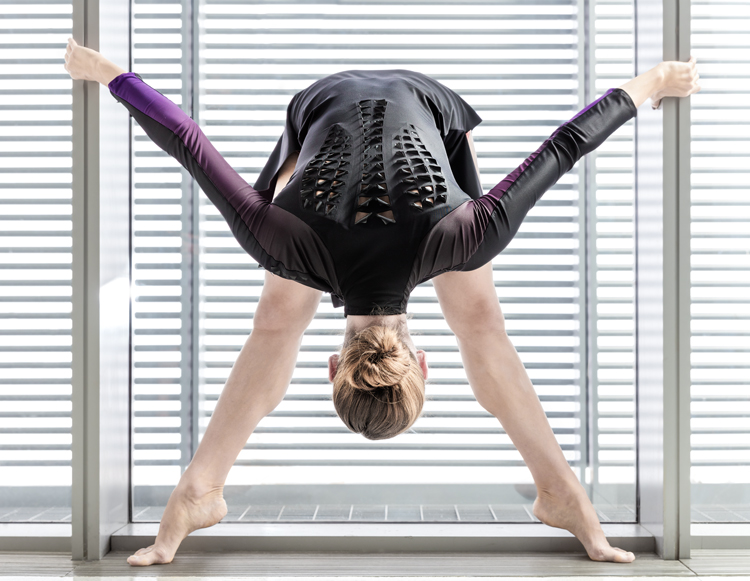