Australian chef George Calombaris – well-known for his role of judge at MasterChef Australia – has taken an old cuisine, stripped it back and turned it upside down. So local firm March Studio did the same for his new Gazi restaurant in Melbourne. 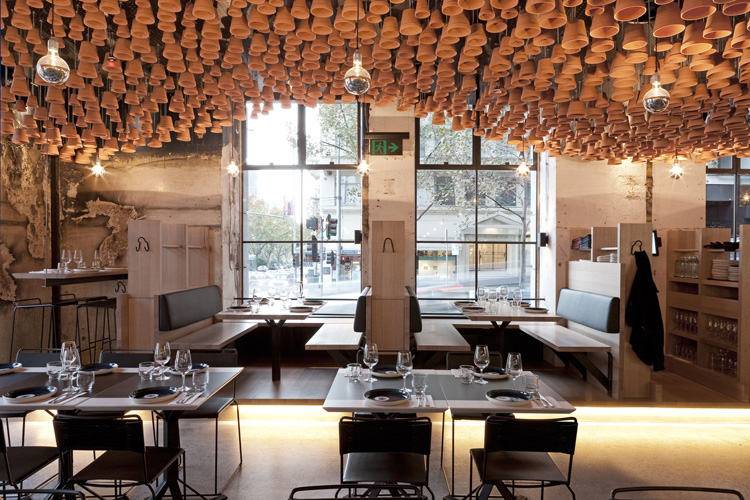 Inspired by the post-industrial neighbourhood of Athens after which it was named, a vibrant area now frequented by party-goers, the rough aesthetic sets the scene for hedonism and a good time out – a feature the restaurant and its namesake area share. 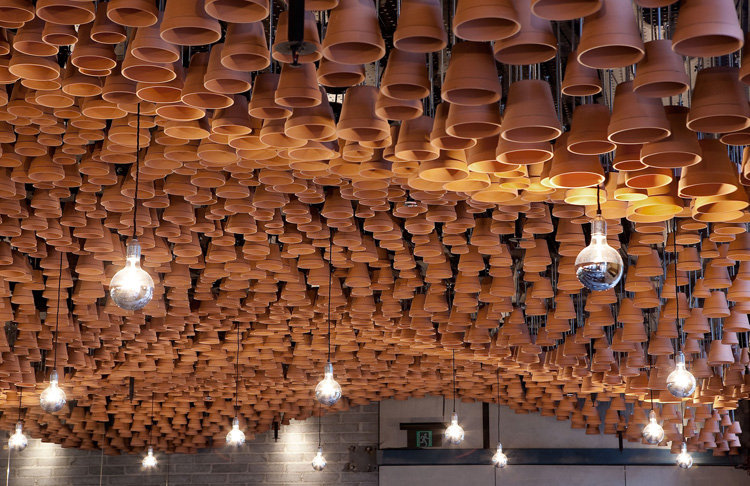 The hidebound environment of the old Press Club has been ripped out, it’s bones exposed and scrubbed raw. The team then rebuilt it, “not in our image, but in some imagined image of the stylised men and women we remembered seeing on ancient urns and vases”, says Rodney Eggleston of March Studio. They took the earthenware link a leap further, suspending upside-down pots from the ceiling – “3974 of them, for those who are counting“, says Eggleston – to form a sweeping vault. 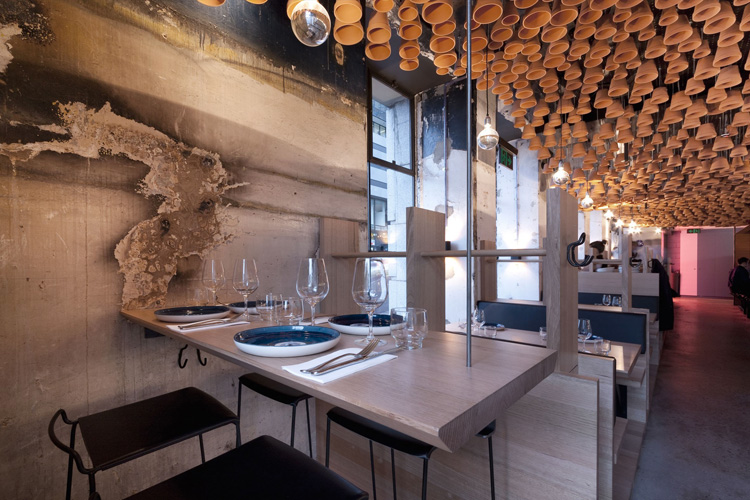 The pots, of 3 different sizes, are packed to allow lights and services to either drop through the porous vault or be hidden behind. Fixed on steel rods – of 14 different lengths – the ceiling is both ordered and chaotic – like a kitchen, the chaos viewed from the outside belies the order known on the inside.

The furniture is stripped back too. Tables cut from humble steel sections, splayed out to make a simple base and adorned with plywood and black laminate tops. Chairs by Daniel Barbera complement the pared back aesthetic and the colour scheme. 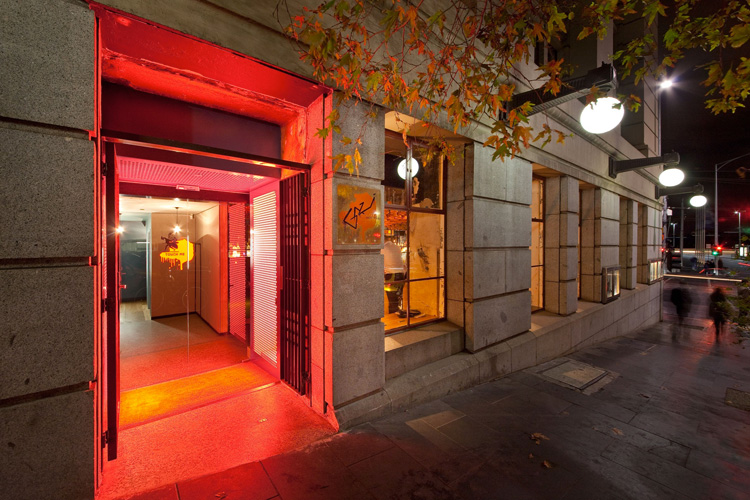 The natural black steel of the bar is designed for no-nonsense, in and out fare. In counterpoint, a row of Tasmanian Oak booths flank Exhibition street, providing a more casual setting for a relaxed long lunch which slips into a debauched dinner. 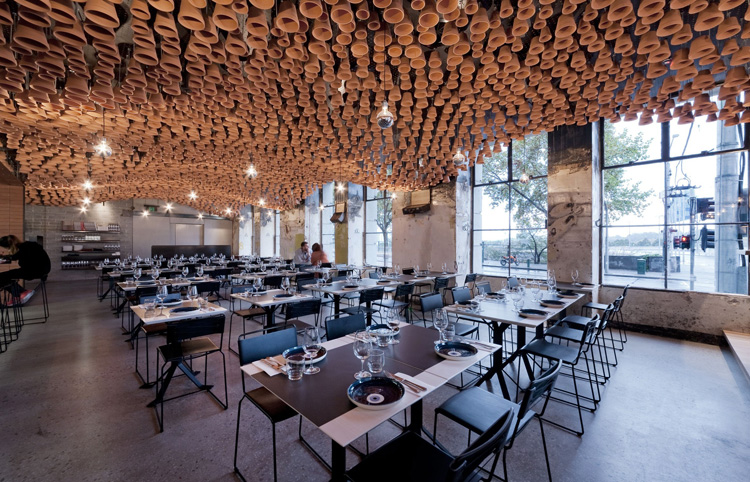 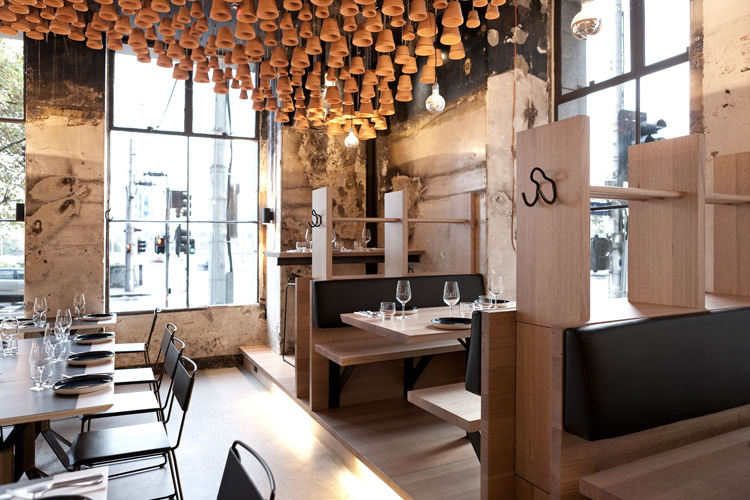 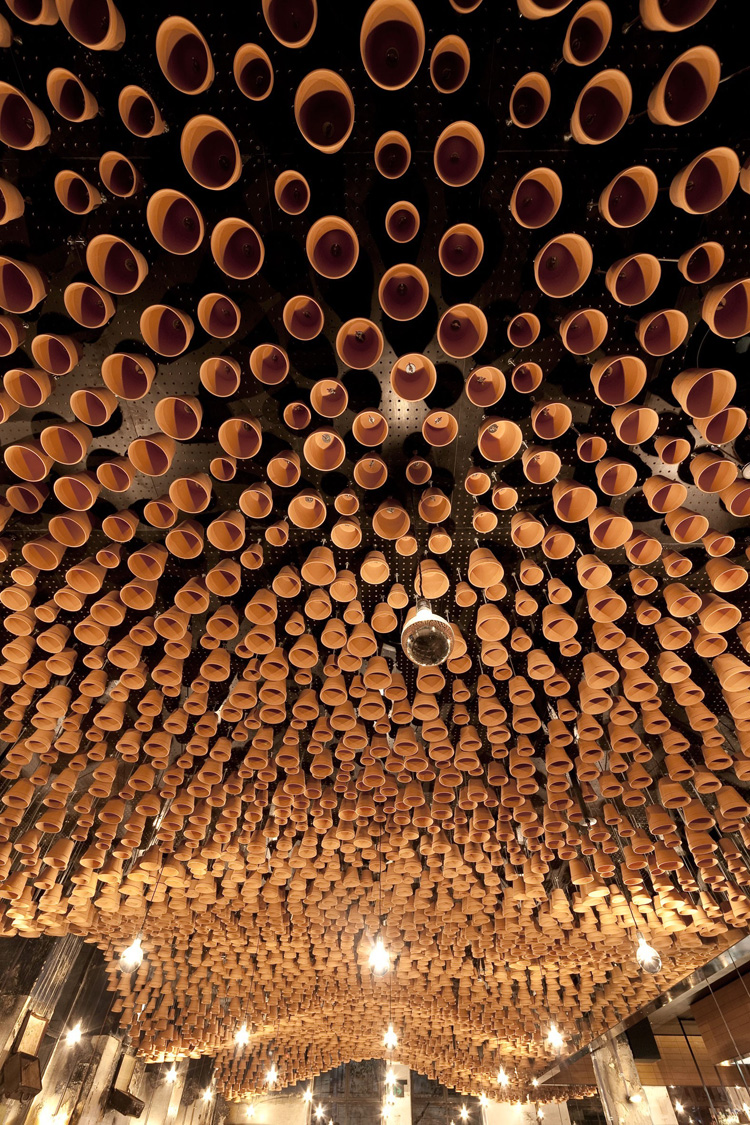 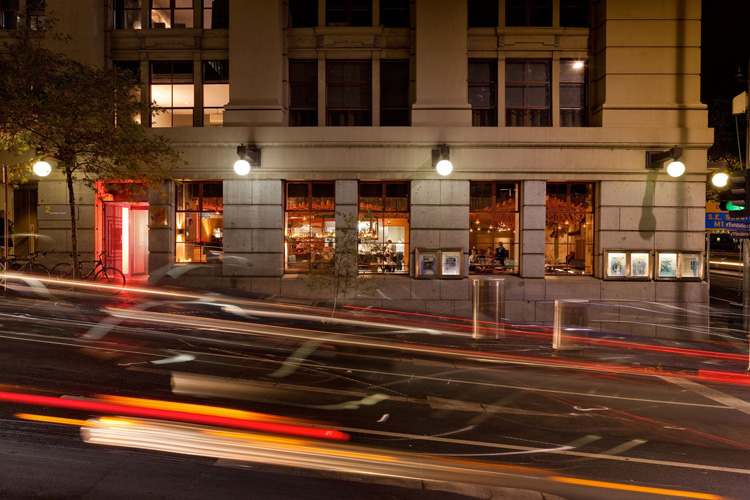 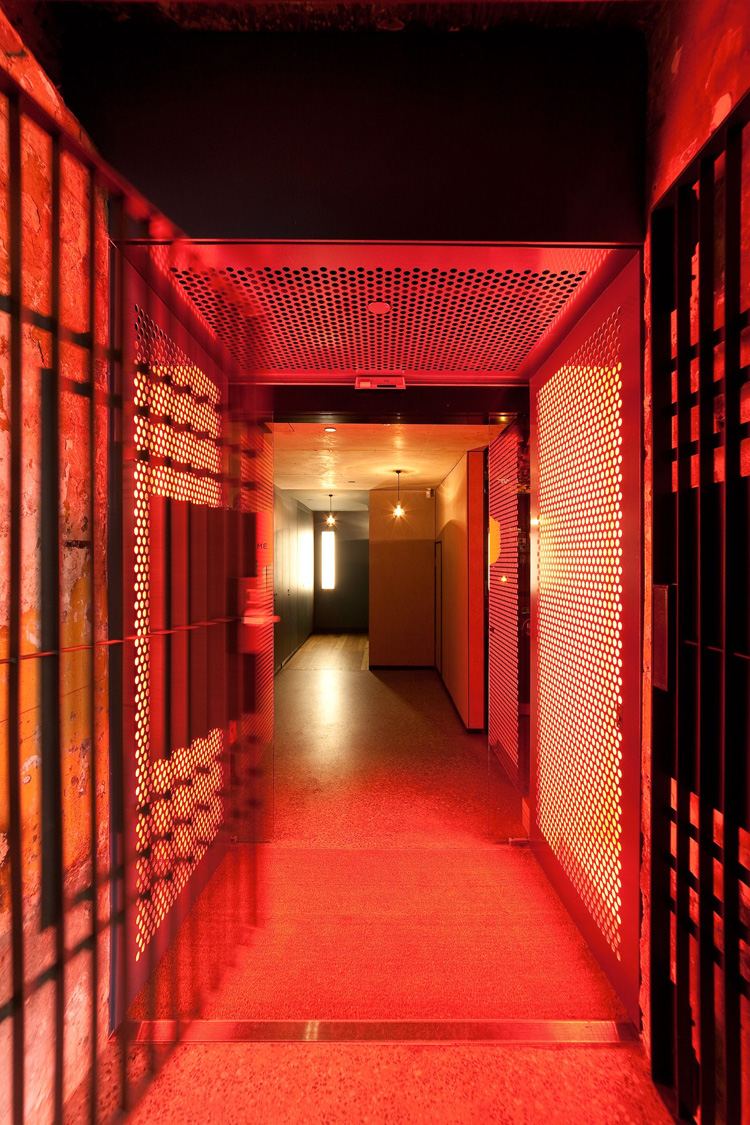