An converted warehouse is the setting for this Asian-fusion restaurant in Bangkok by young Thai design agency Hypothesis. In order to highlight the former industrial characteristics of the warehouse, the majority of the existing structure was kept unchanged but delineated from the new addition through the differentiation of finishing colors – the old parts were kept in their original white color whereas the new additions were painted with red rust protection primer – accentuating the contrast between the old and the new. 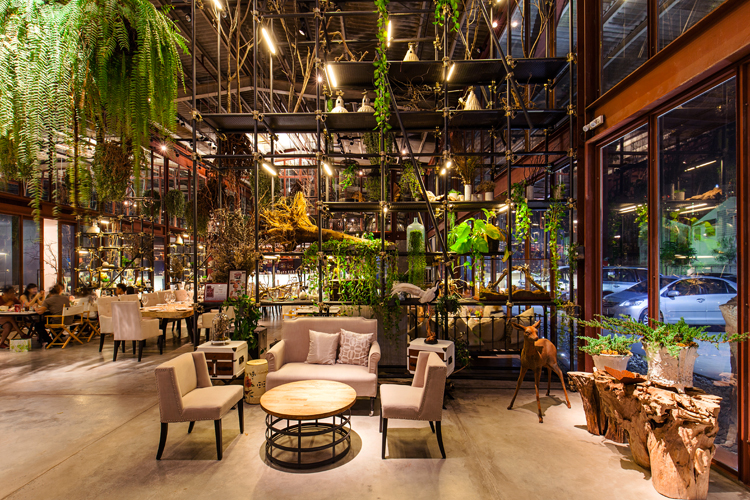 To minimize the renovation budget, Hypothesis employed found objects from around the site – iron doors, steel pipes, dead branches, and tree roots – as decorative interior elements, as well as using scaffolding structures, inspired by the ones previously existed on the site, as decorative shelves within the restaurant space. 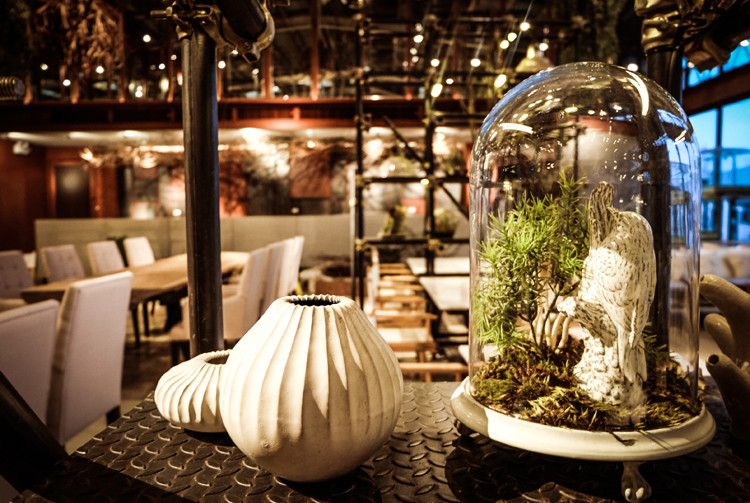 With the aim to inject life and energy into the warehouse for the new restaurant program, the design team thought of a terrarium as a concept for the interior. A lush green-scape of hanging plants populates the upper volume of the double height space.

Placed around the restaurant are ceramic follies designed by Yarnnakarn Art and Craft Studio, adding to the intricacy and lushness of the interior landscape – counterbalancing the rustic industrial setting. The design theme was then reflected in the name of the restaurant, Vivarium – a container of life. 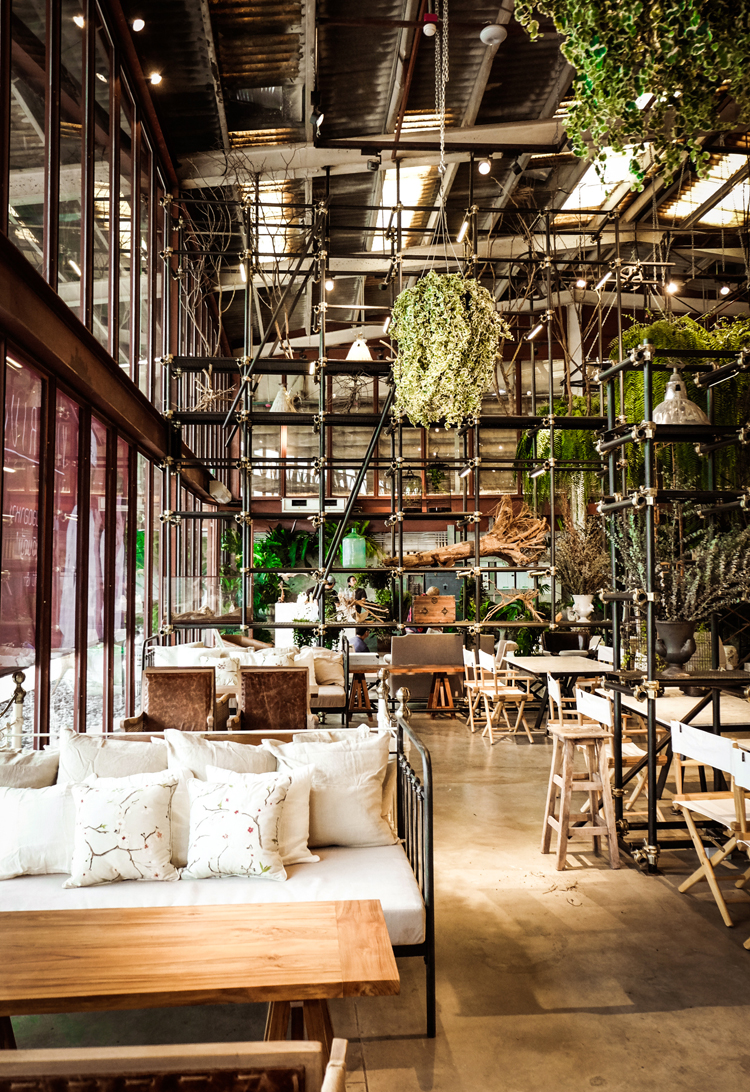 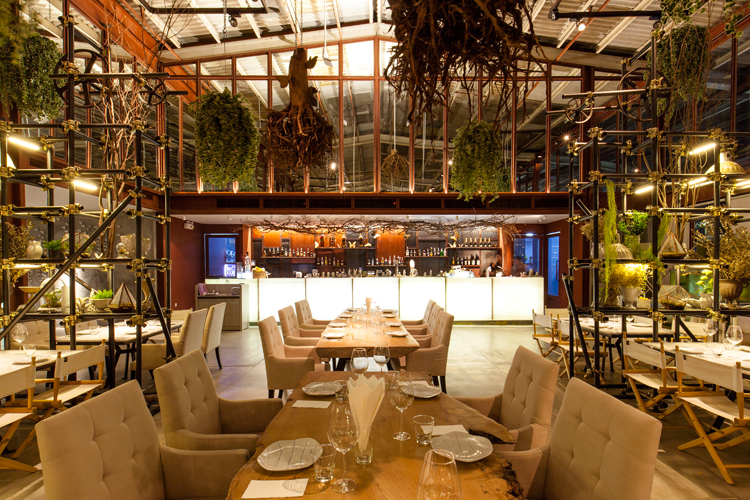 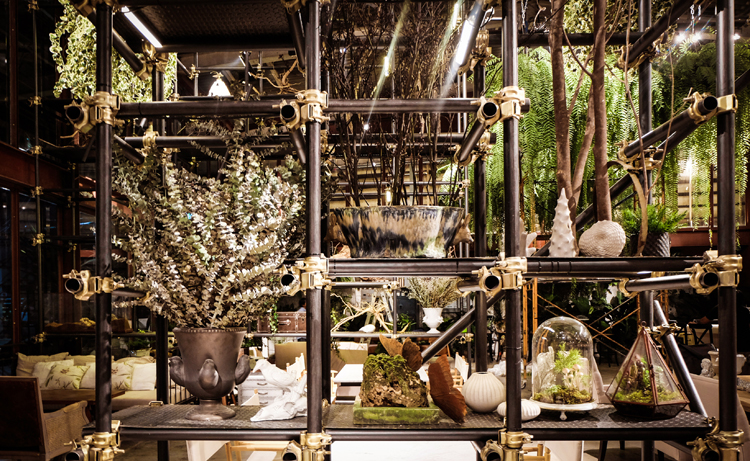 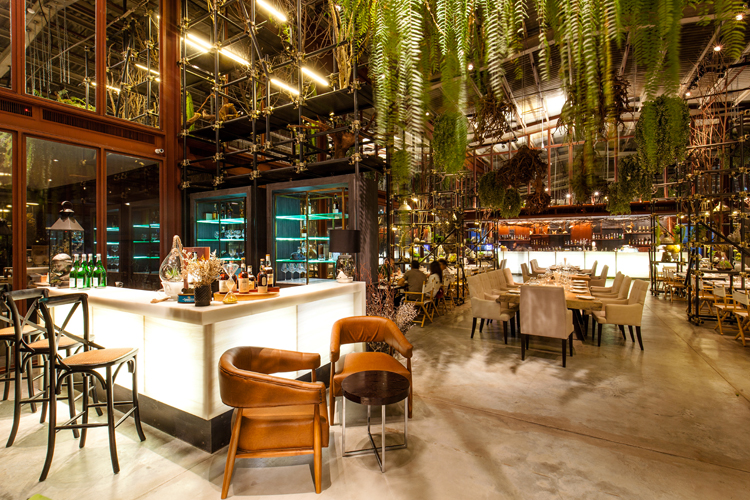 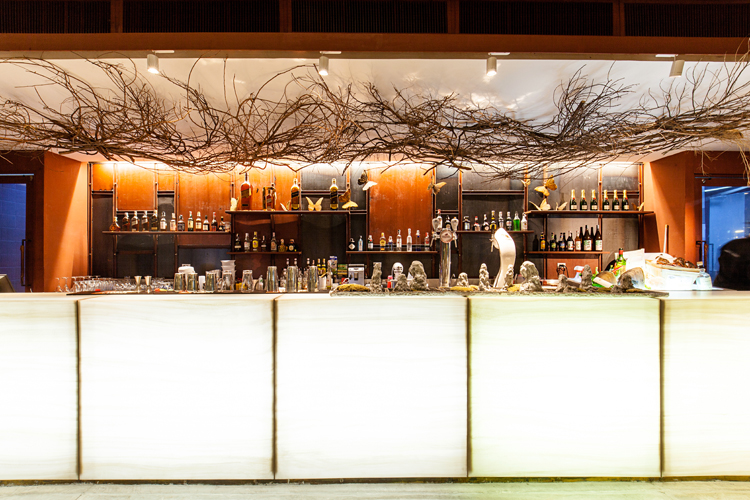 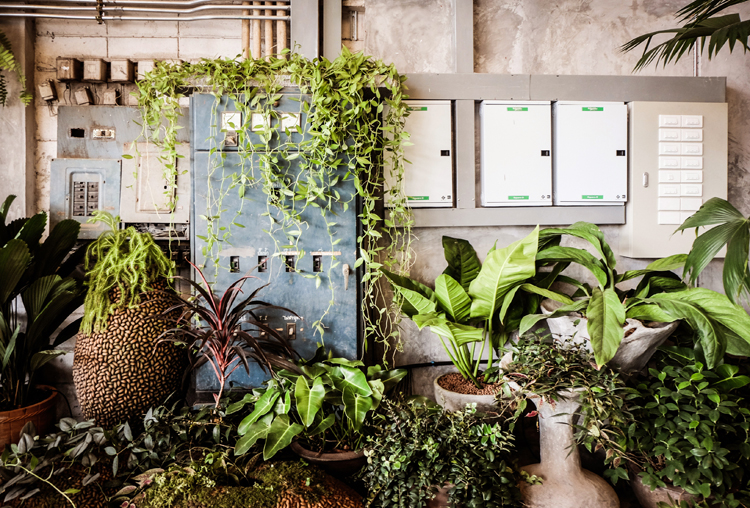 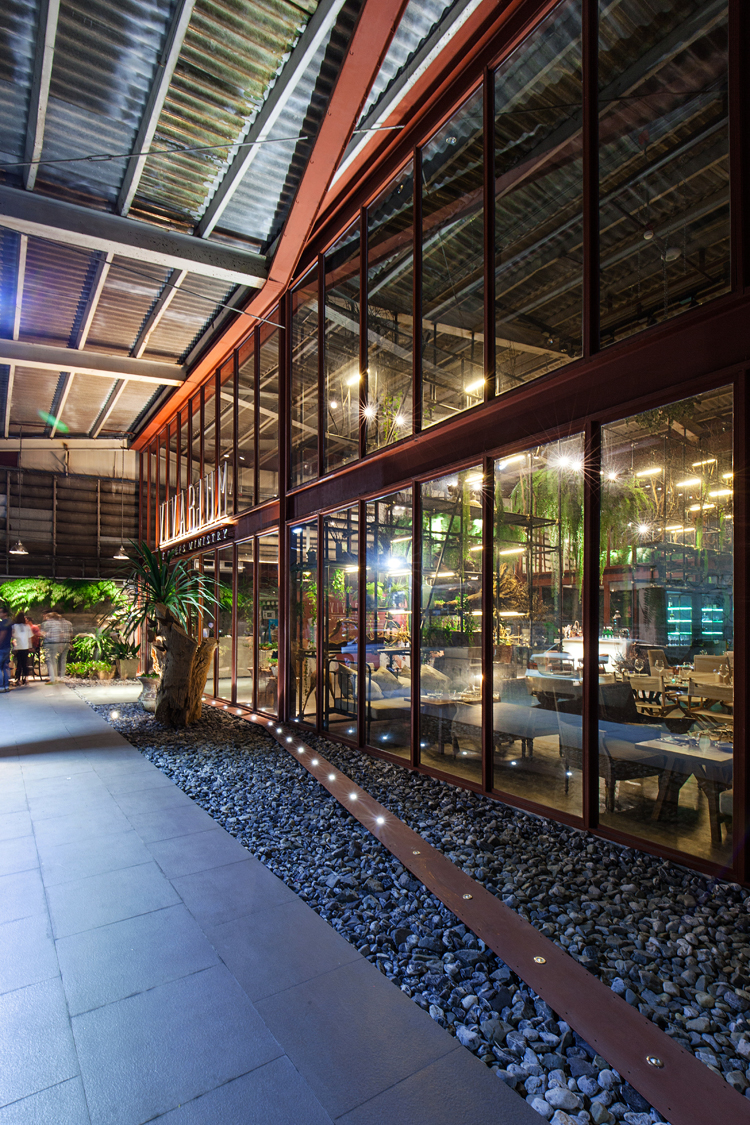 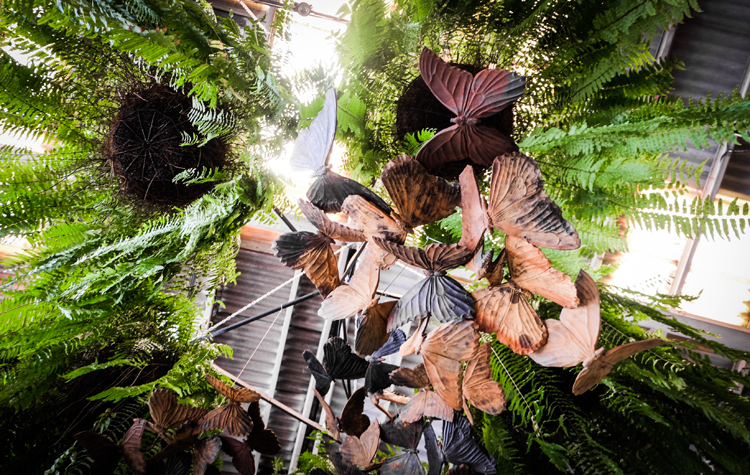 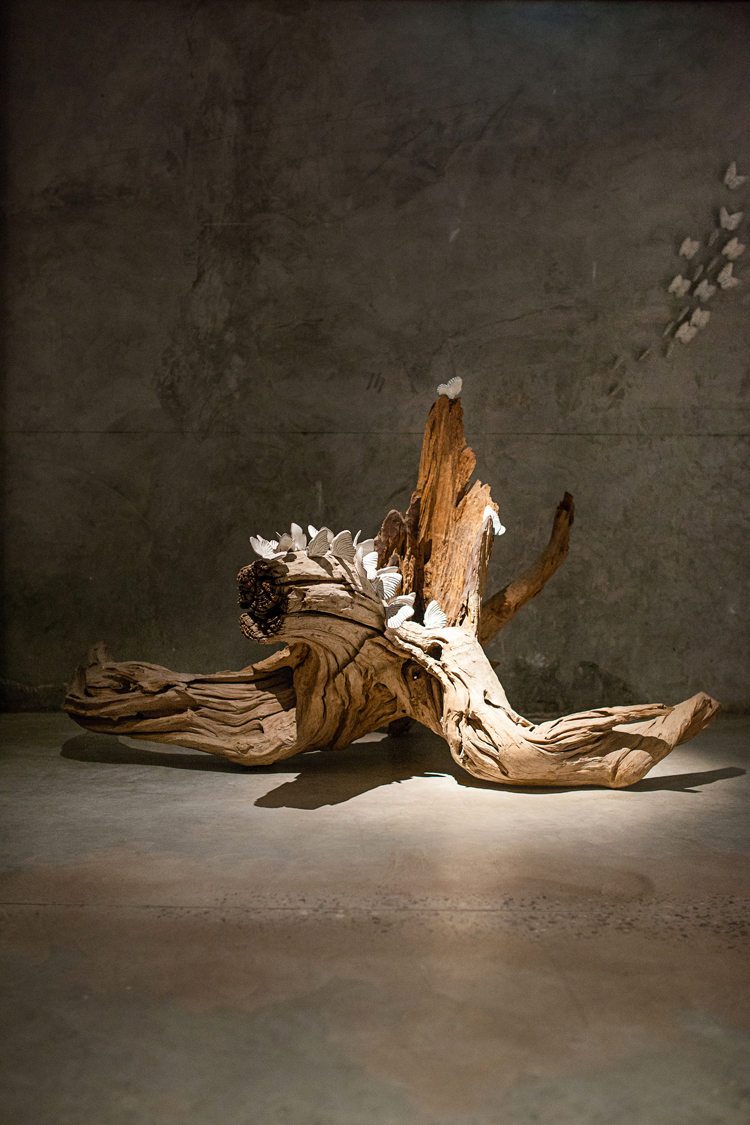 all images courtesy of Hypothesis