As the name of this restaurant and cocktail bar in Barcelona suggests – El Mama & La Papa – local studio El Equipo Creativo worked for a client who wanted to create a space which played upon duality and the mixture of opposites, man – woman, black- white, day – night.

The building in which it is located – an old canning warehouse – was a space with a great deal of personality as far as structure is concerned. “We wanted to emphasize this by painting it a bright red in order to unify the different areas,” explains the architects. 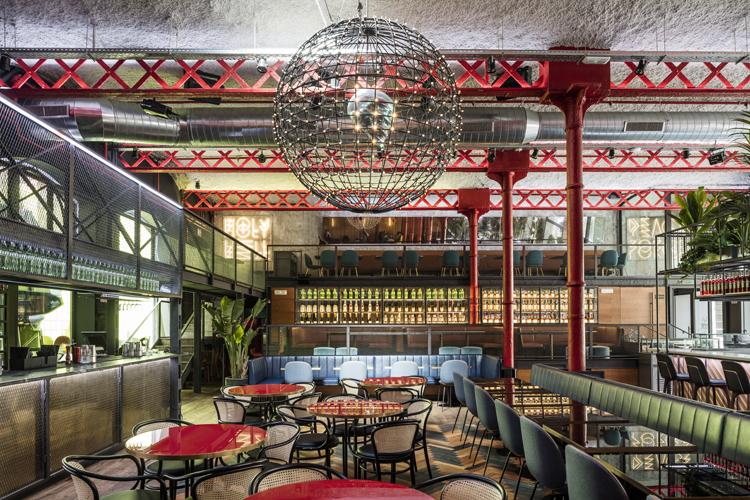 The design concept is based on the counter positioning of opposite elements, where each piece has its counterpoint. From the four corners of the almost square area, we are welcomed by large neon signs. Facing each other in pairs, they display clear messages in the form of oxymoron: Never – Again; Peace – Force; Holy – Hell; Public – Secret. The starting point leaves no doubt. 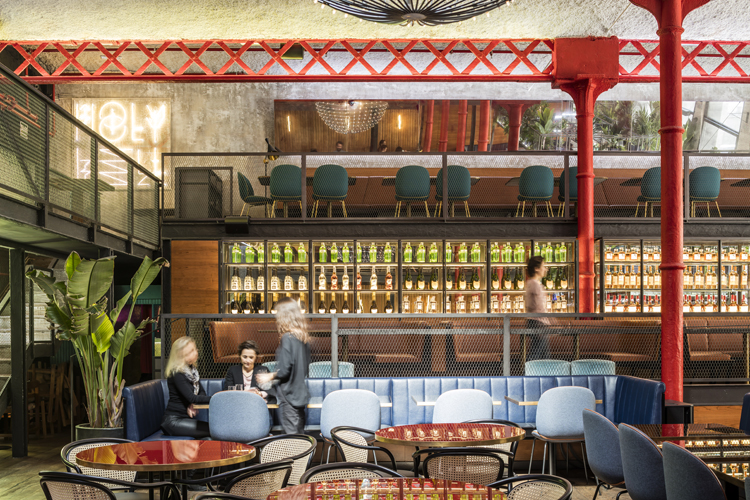 Two arcades frame the central space with double height and serve as background for the two bars facing each other from opposite sides. Next to the white arcade on the facade is “El Mama”, a 360-degree daytime bar on a white surface, cozy with details of wood and much vegetation. At the opposite extreme on the black arcade is the cocktail bar “La Papa”; with a black metallic industrial surface, it offers the nocturnal counterpoint. 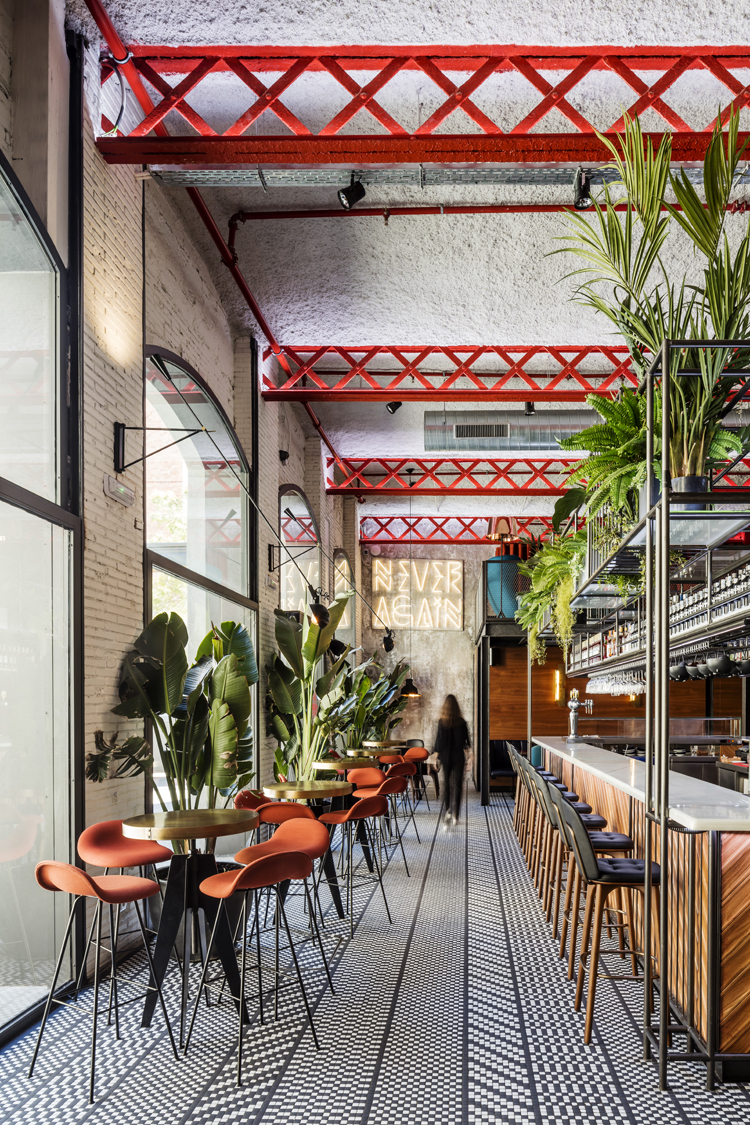 On the two lateral sides of the space El Equipo Creativo proposed structural platforms at different levels connected by a large catwalk-stage to generate multiple paths through the space. The different levels, once again facing each other, create more private areas reserved for events and even a “secret bar” or speakeasy. The different levels, benches and bars frame what, after a certain hour, will become the center of attention: the dance floor. 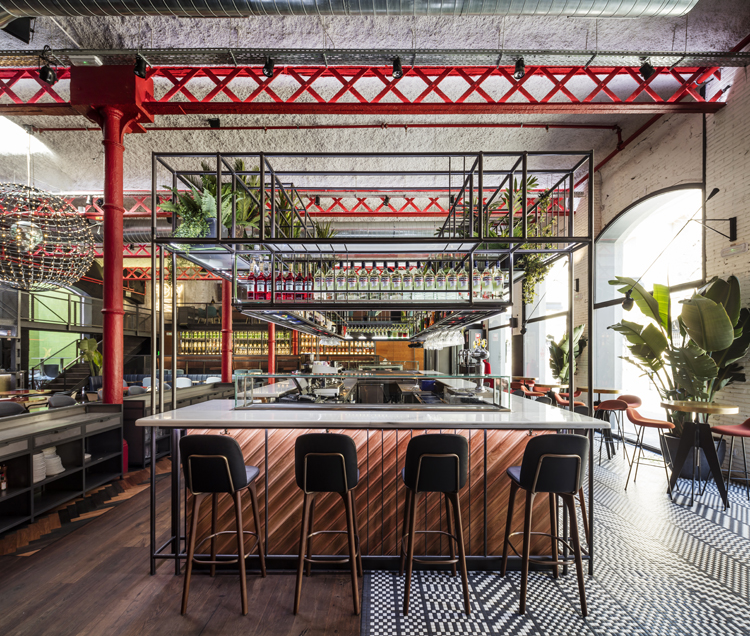 Regarding the material nature of the project, once again the architects dealt with opposites: polished woods over the original worn paint of the walls, pavements of Mediterranean-style mosaic ceramics next to ne dark woods or industrial metal slabs. The world of contrasts is in nite.

In the evening, in addition to food and drinks, a burlesque show would be offered to introduce a party atmosphere and dancing. 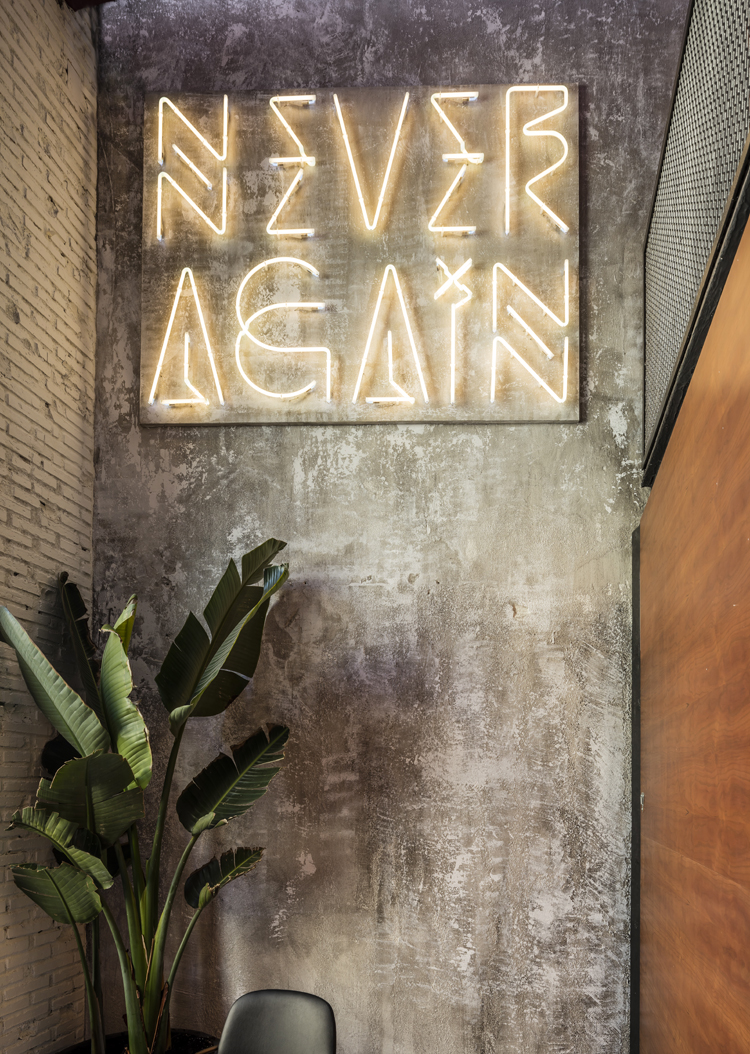 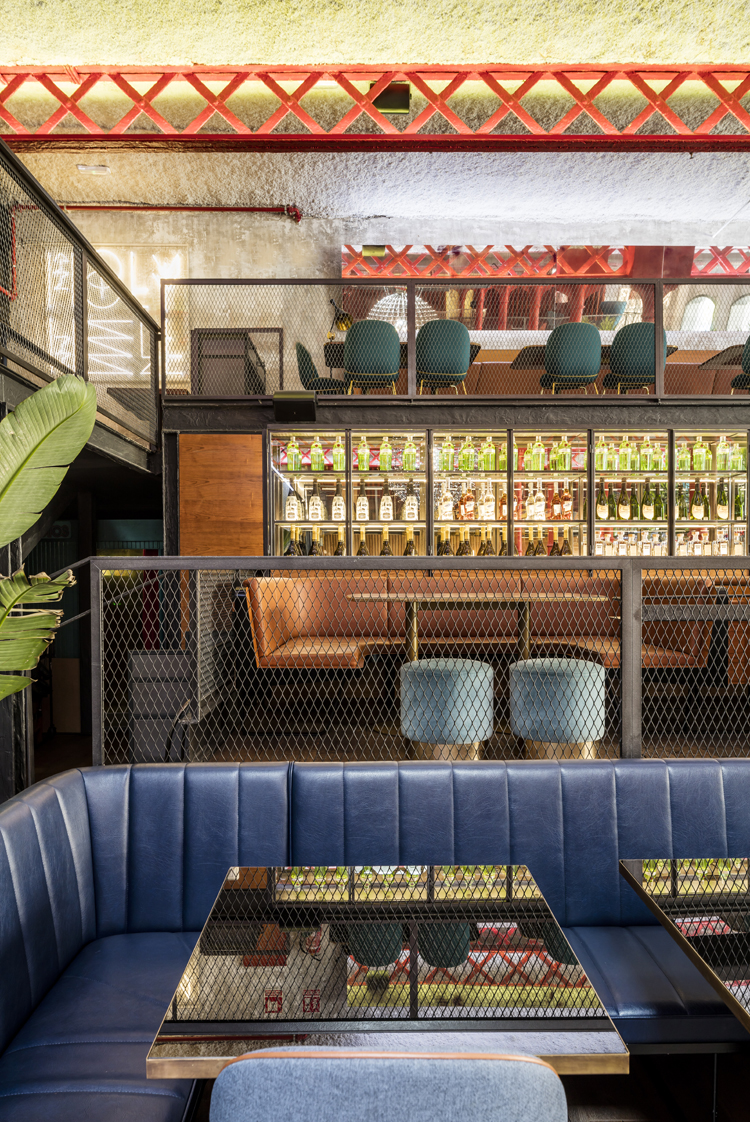 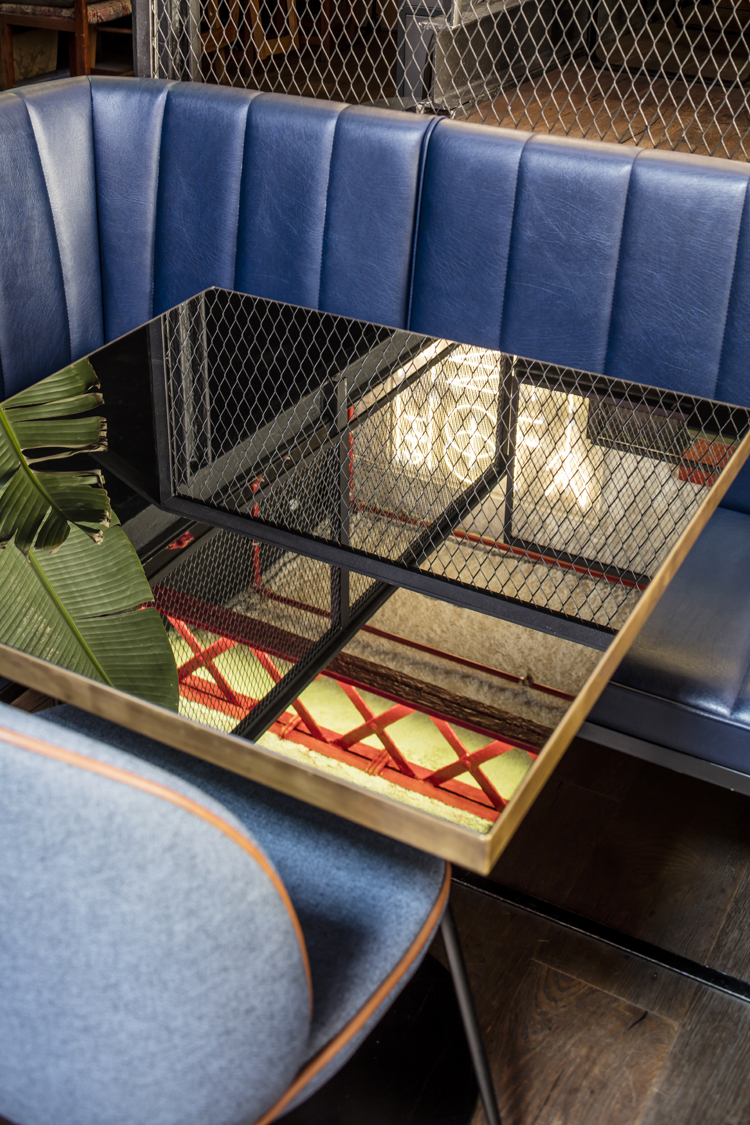 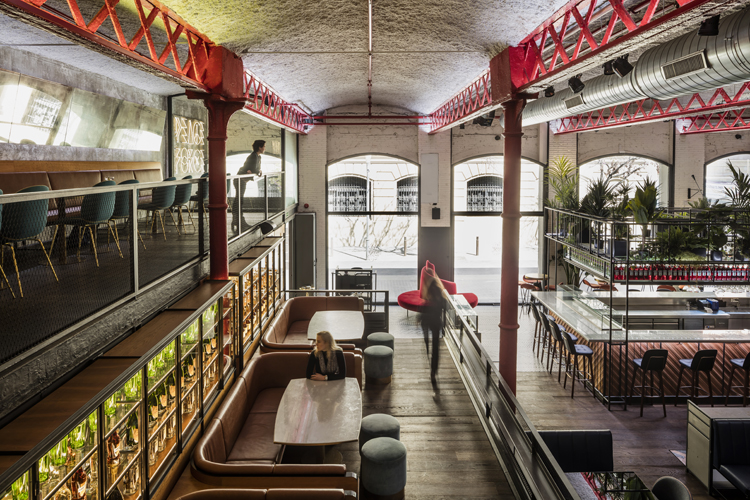 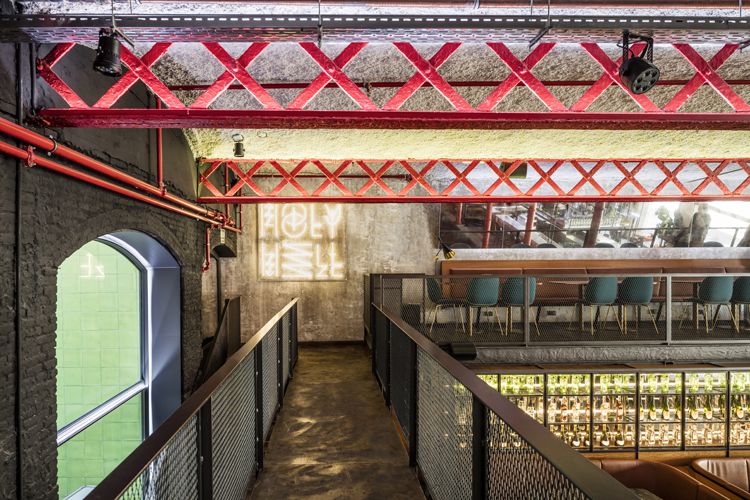 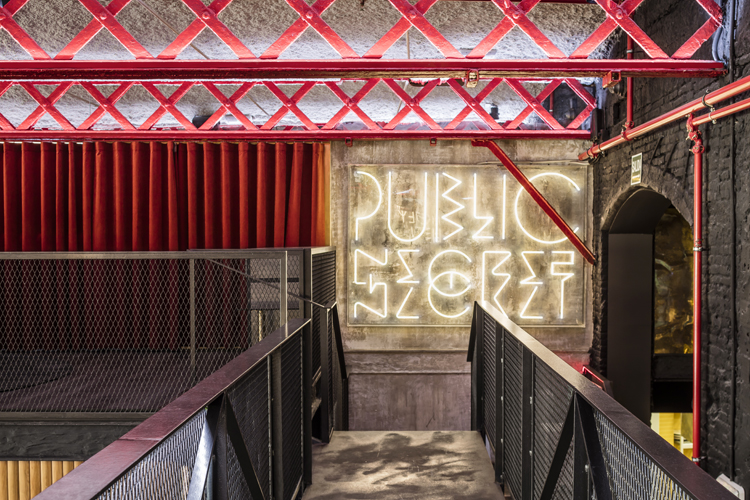 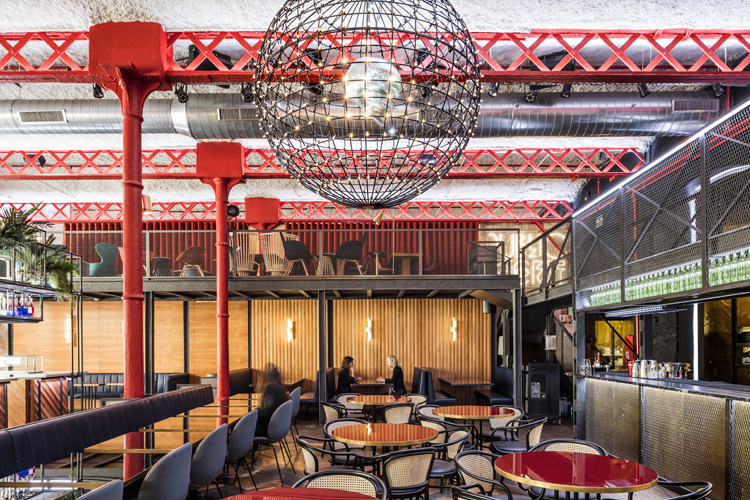 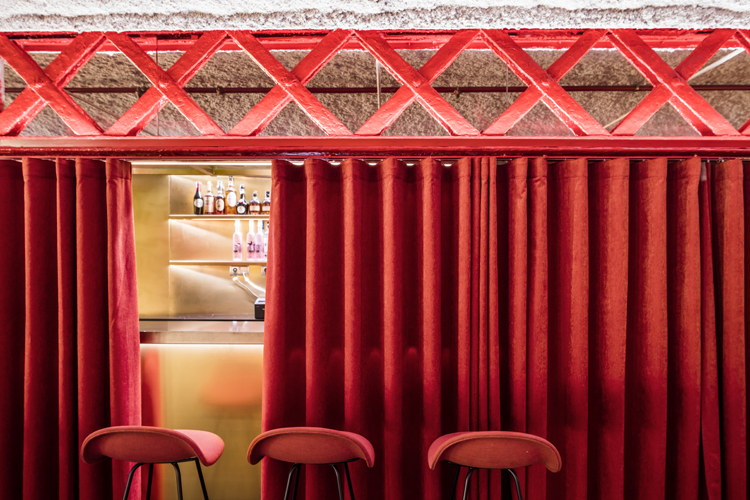 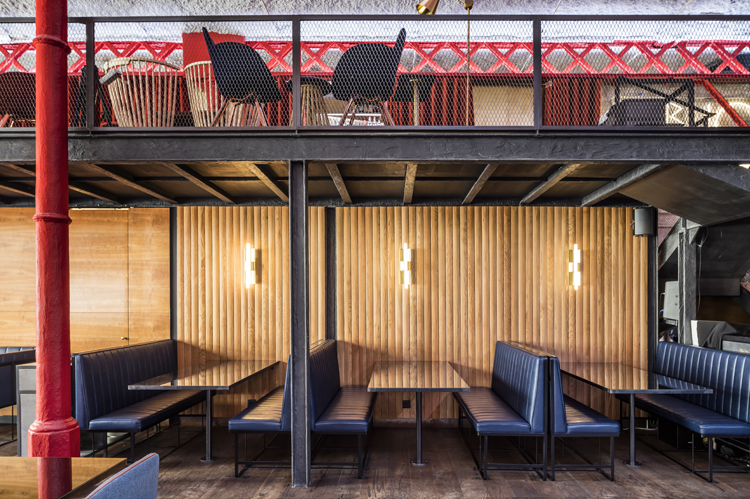 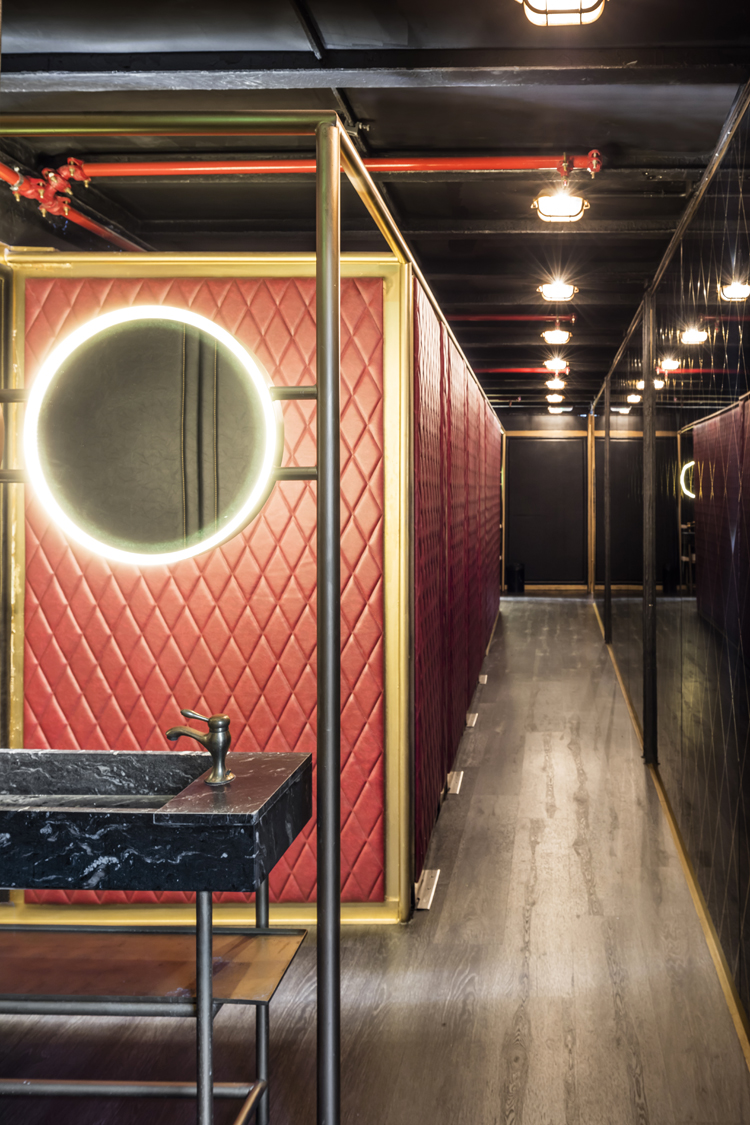