Located in a residential area 20 minutes from central Shanghai, 1000 Trees is a mixed-use development spanning 300,000 square-meters. The 15-acre site is located next to the M50 arts district and a public park. The development is split over two plots of land connected by a narrow government plot and incorporates several historic buildings. 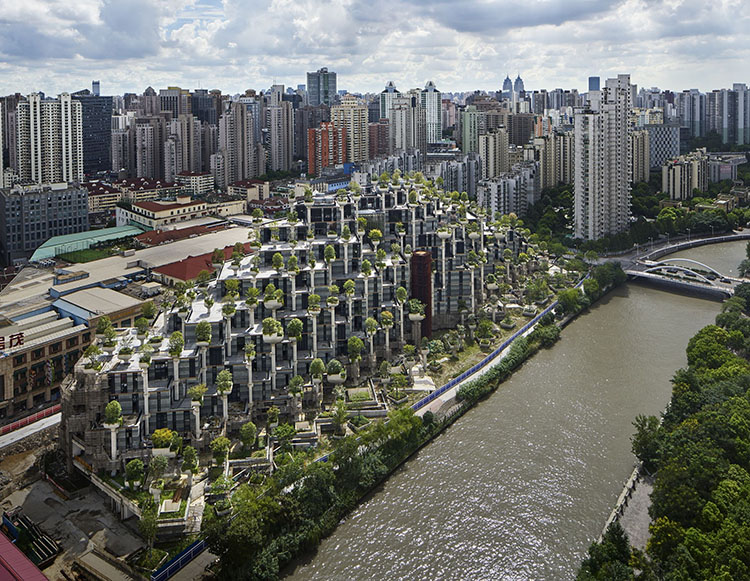 Designed by Heatherwick Studio for the developer Tian An China, 1000 Trees is conceived not only as a building but as a piece of topography and takes the form of two tree-covered mountains, populated by hundreds of columns. Rather than hiding the columns which provide structural support, the columns emerge at the top of the building as large planters, each holding a handful of trees. 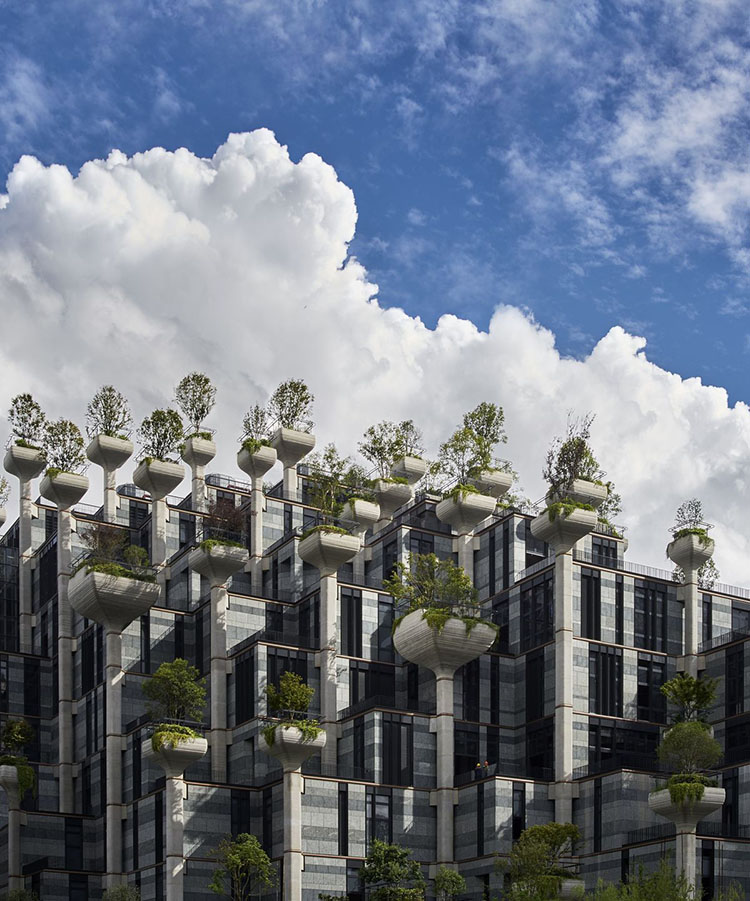 “Existing planning permission for two conventional shopping mall blocks had been granted for the site, but a huge, boxy building would need to be broken into smaller pieces in order to fit in with the surroundings,” explains Heaterwick Studio. “The integrated planting acts as a natural balancing element and the building’s edges are lowered to minimize the impact where it meets the art district and park, reducing the discernible threshold between them.” 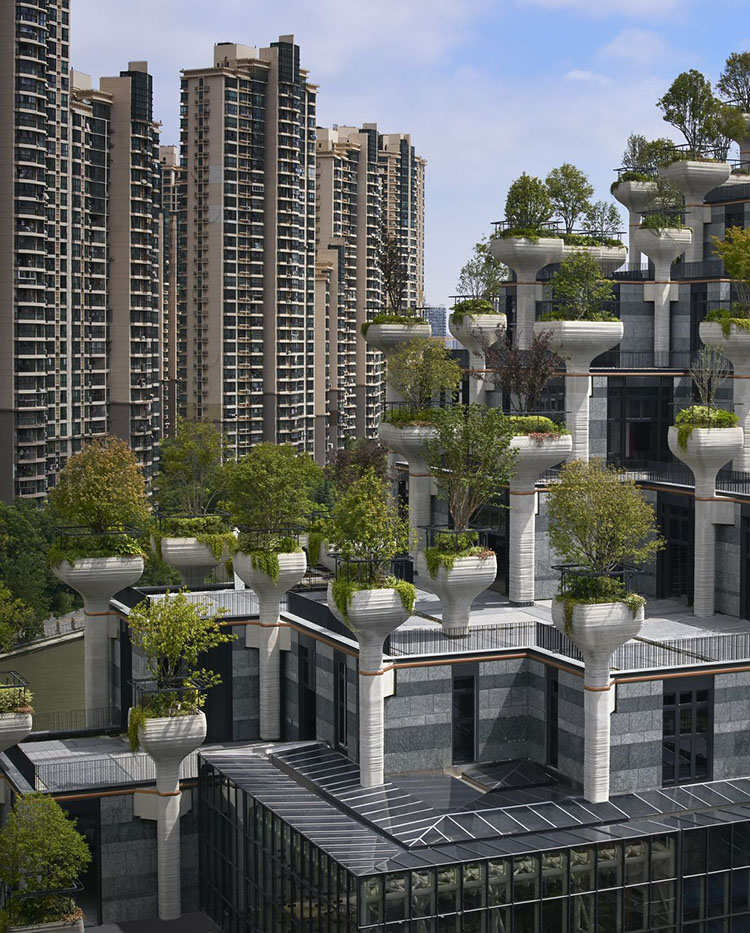 Each planter has a unique combination of plants sourced from Shanghai’s Chongming Island, a fertile strip of land within the Yangtze River delta, and more than half of them are evergreen “to ensure a lush green building throughout the year”.

“Along that road there used to be a long graffiti wall where people would travel from all over to paint there so we wanted to retain this aspect somehow,” said Heatherwick Studio’s partner Lisa Finlay. “Graffiti artists, both local and international, including some who used to paint there, were commissioned to create original artworks for the facade. We also collaborated with these artists and others from the M50 for aspects of the interior as well, including giant murals within the lift shafts.” 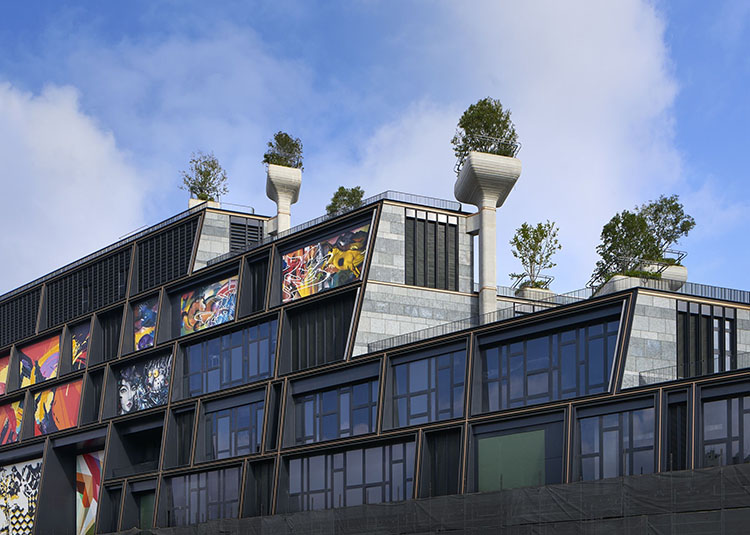 Once complete in 2020, the first mountain will incorporate ten levels of mixed-use facilities that envelop several large atriums that bring natural light deep into its core. These giant voids will connect to a number of outdoor terraces that envelop the building that will cascade down to a new public park and walkway that the studio is developing along Suzhou Creek.