An architect and her partner, parents to twins, called upon Appareil Architecture to design the expansion and refurbishing of a veterans’ home in Montreal’s Verdun borough. The client, Catherine Gauthier, being an architect herself, the project was conceptualized through collaboration and communication among all parties.

The concept imagined by the firm developed around the theme of duality, recreating the existing volume through a “sister house”, or Maison Sœur, that stands out through its clean signature. 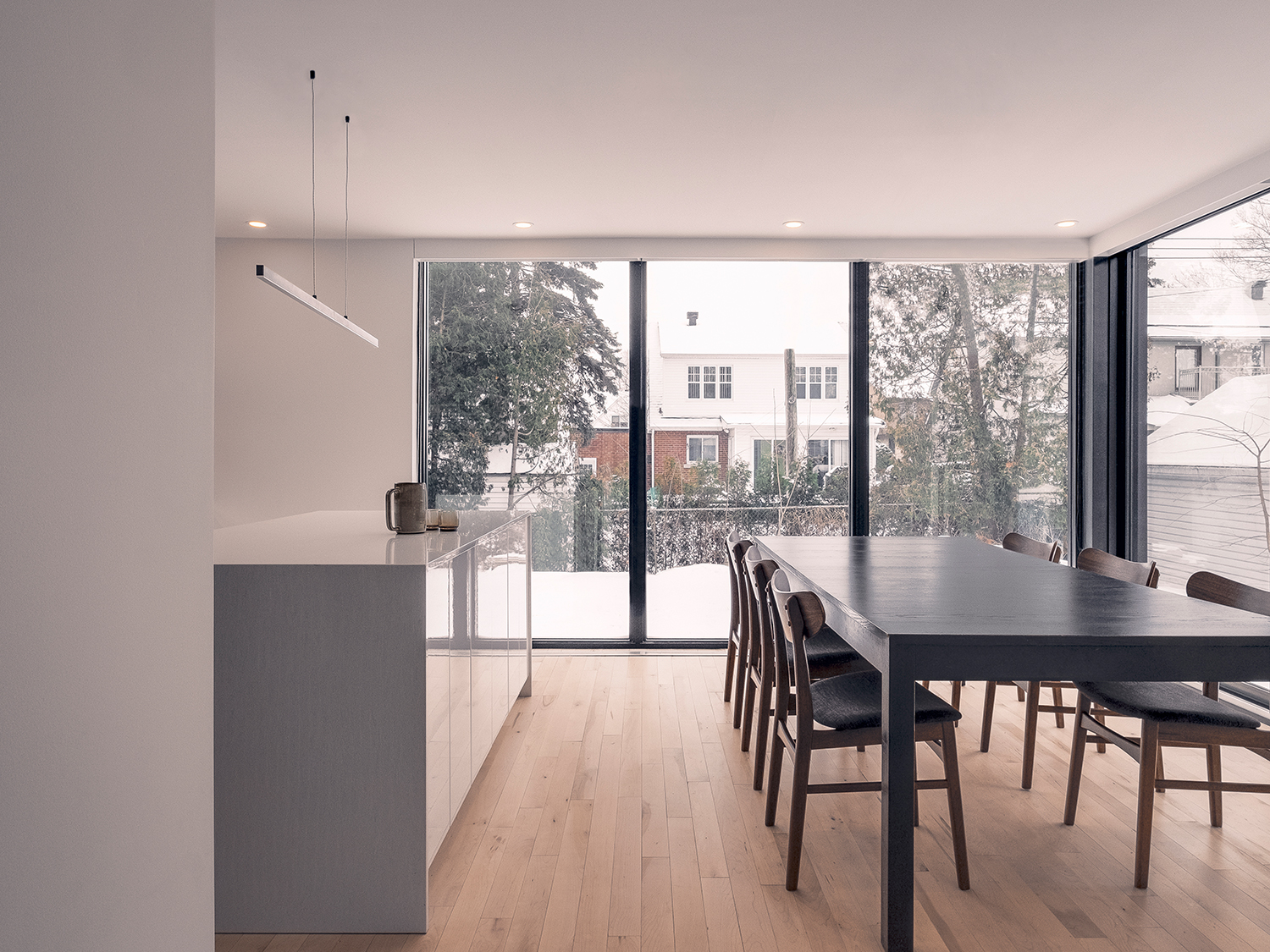 The residence being a veterans’ home, typical lodging of Montreal’s 1950s working-class neighborhoods, it was important to respect its architectural heritage. The stakes consisted in highlighting the volume characteristic to this type of building, while giving it a second life that better responded to the new owners’ need for space. The extension thus presents itself as a reinterpretation of the existing structure, through its silhouette and its physicality. The roof’s double-sloped archetype is reproduced, as is its masonry envelope. 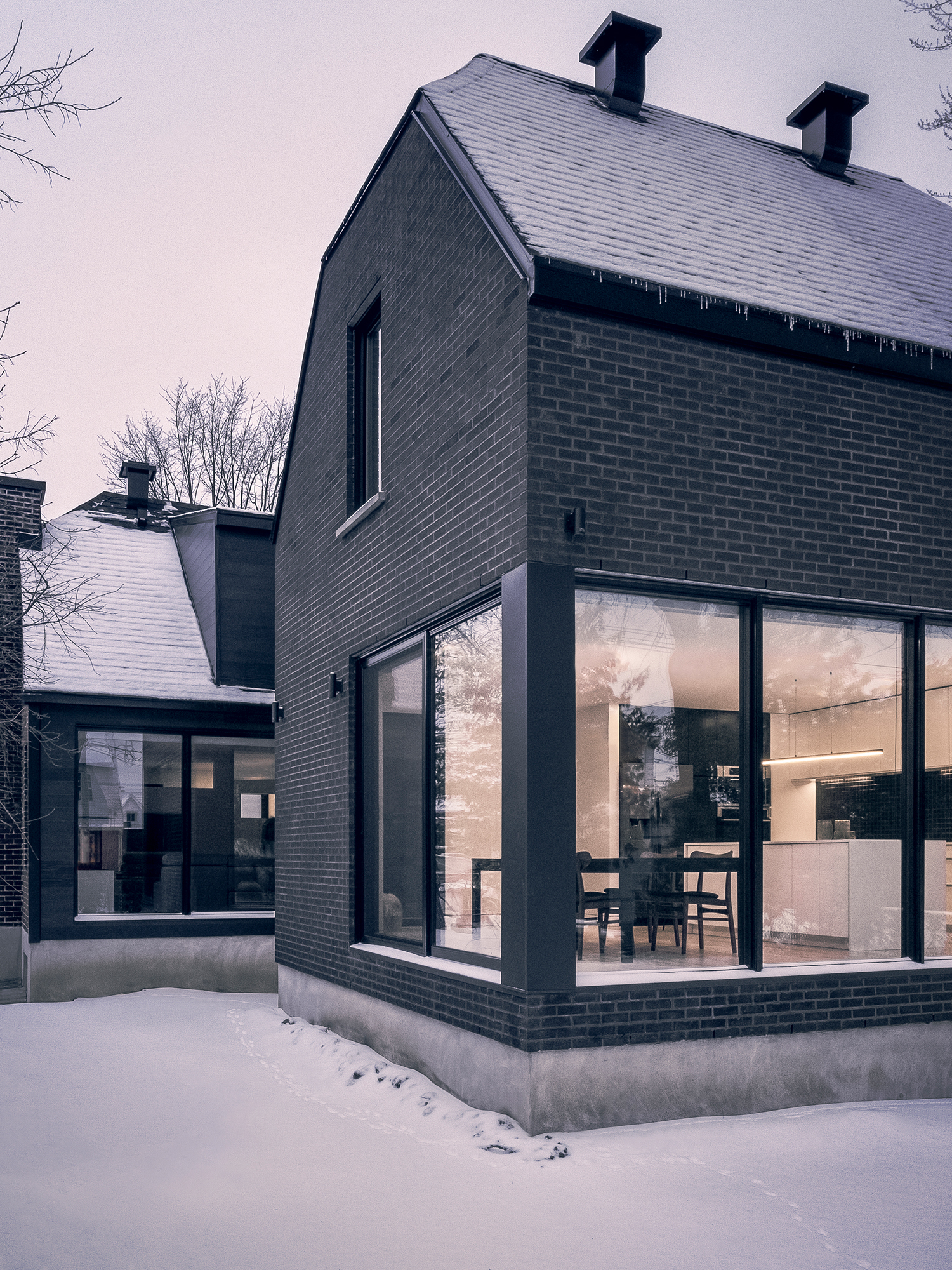 In the new extension, openings and luminosity are emphasized using generous windows. The interior spaces offer distinct layouts, favoring connexions between the rooms and the garden. The layout ensures abundant light throughout the interior spaces, whose pale hues contrast with the dark brick of the new facades. 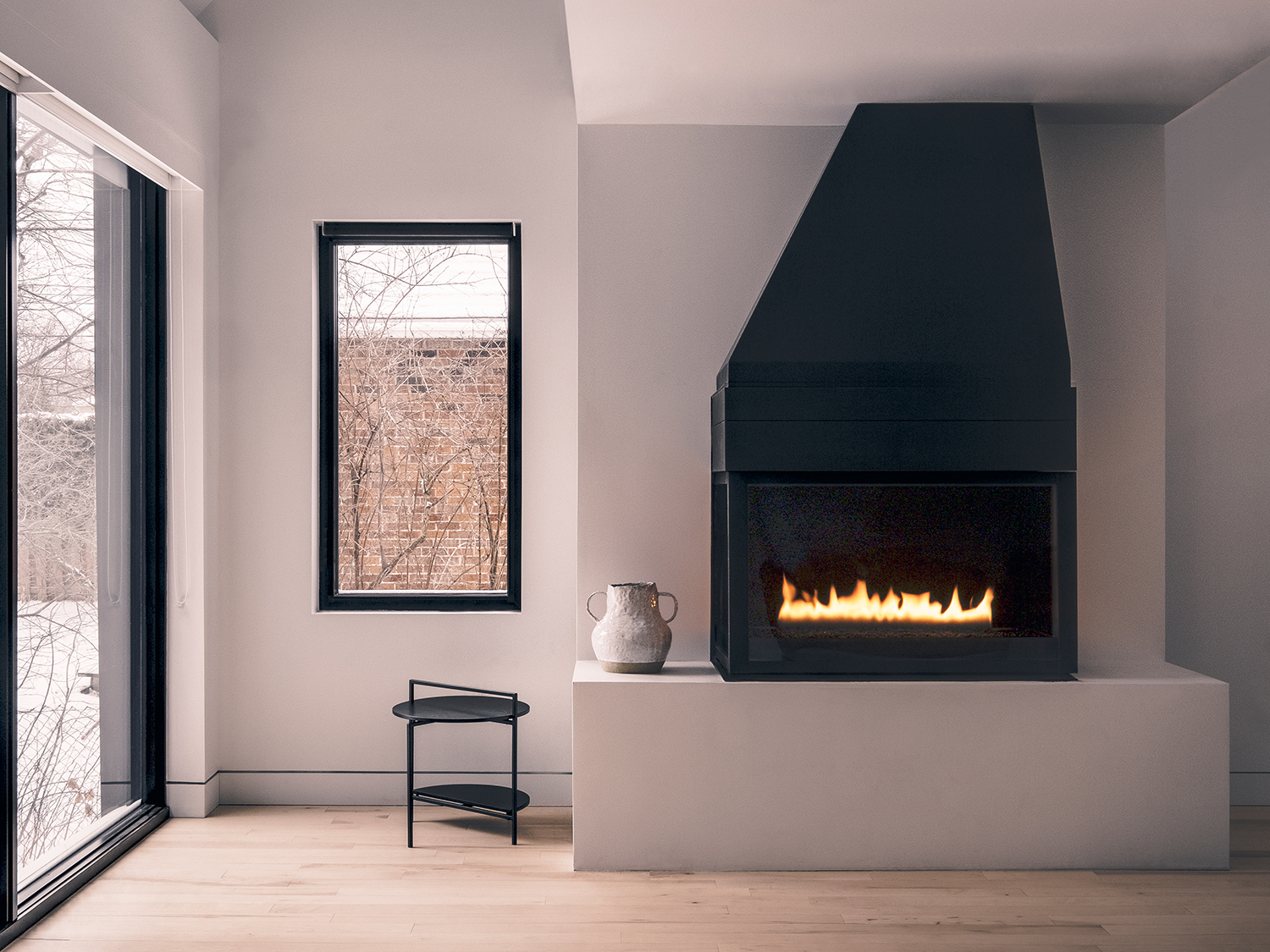 Pragmatic, the plan maximizes livable areas by reducing traffic and favoring interplays of transparency that reinforce the connection between interior and exterior. Between the old and new volumes, a glass and grating footbridge subtly emphasizes the passage between the two eras. At the heart of the extension, the kitchen stands out by its luminosity and its direct relationship with a large adjoining garden. 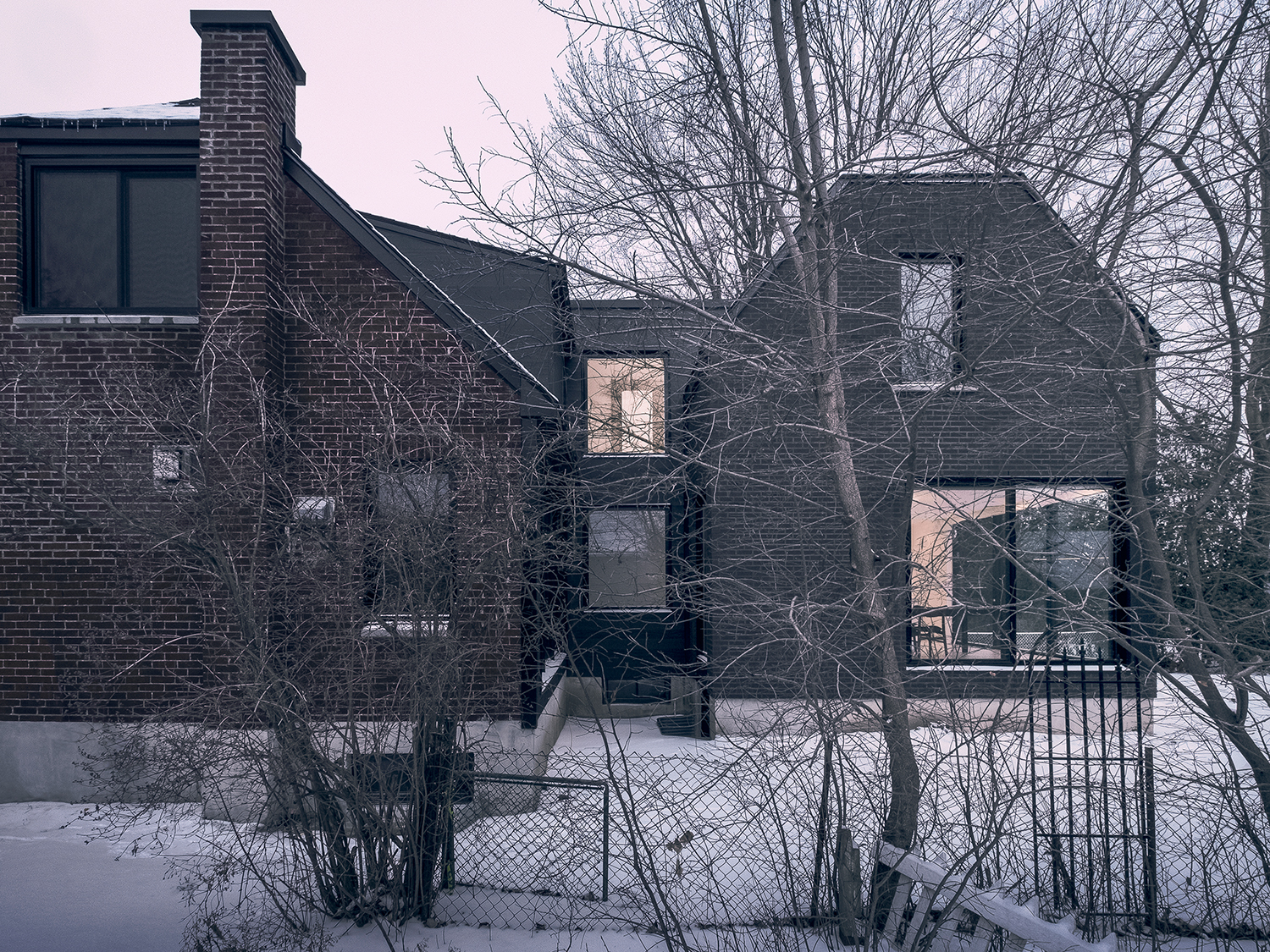 This project was designed to adapt to numerous construction constraints, all while maintaining a strong distinction between the volumes and an abundant entry of light. Born of a collaborative process, the Maison Sœur preserves its recent heritage through a somber and pragmatic architecture. 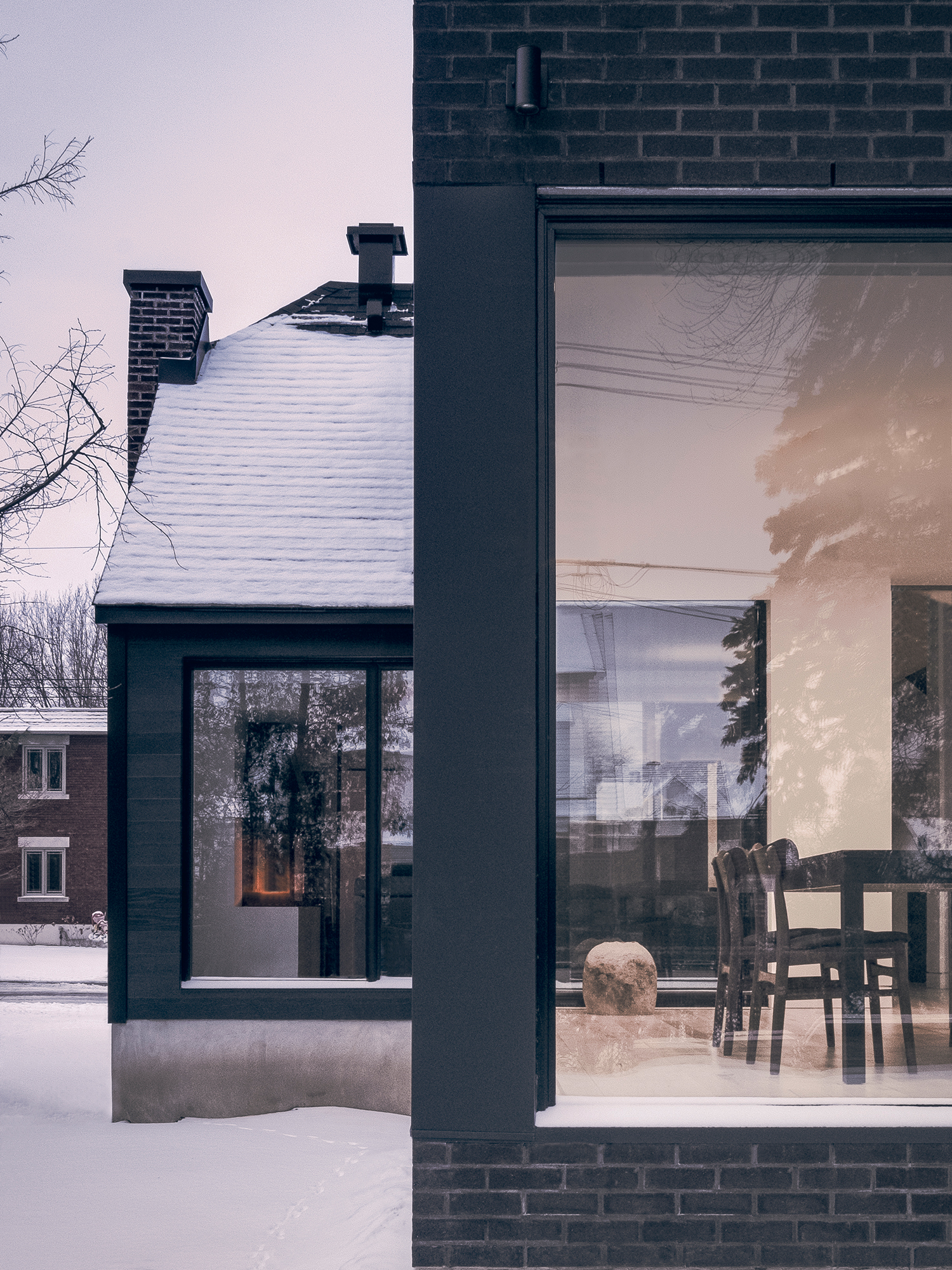 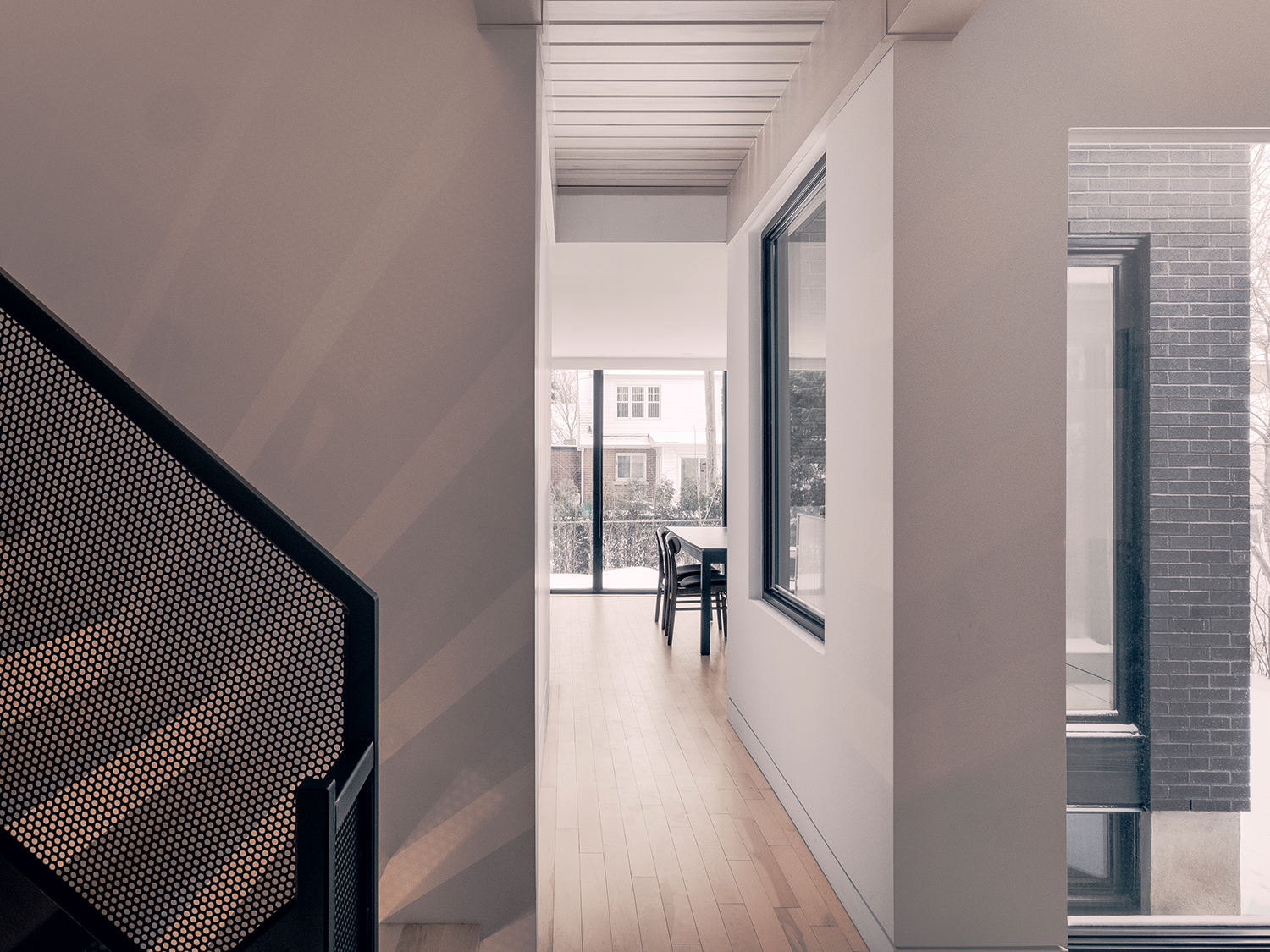 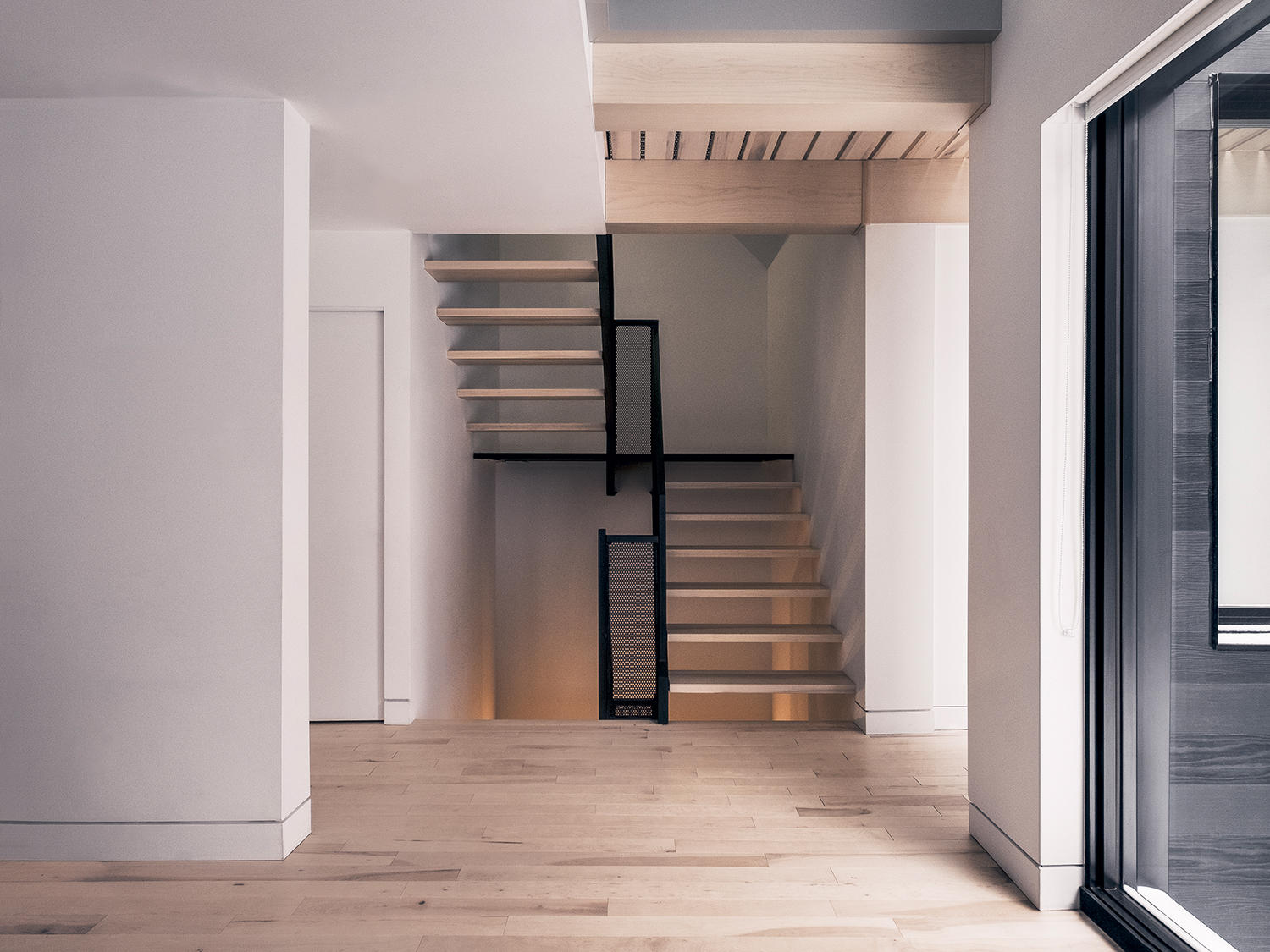 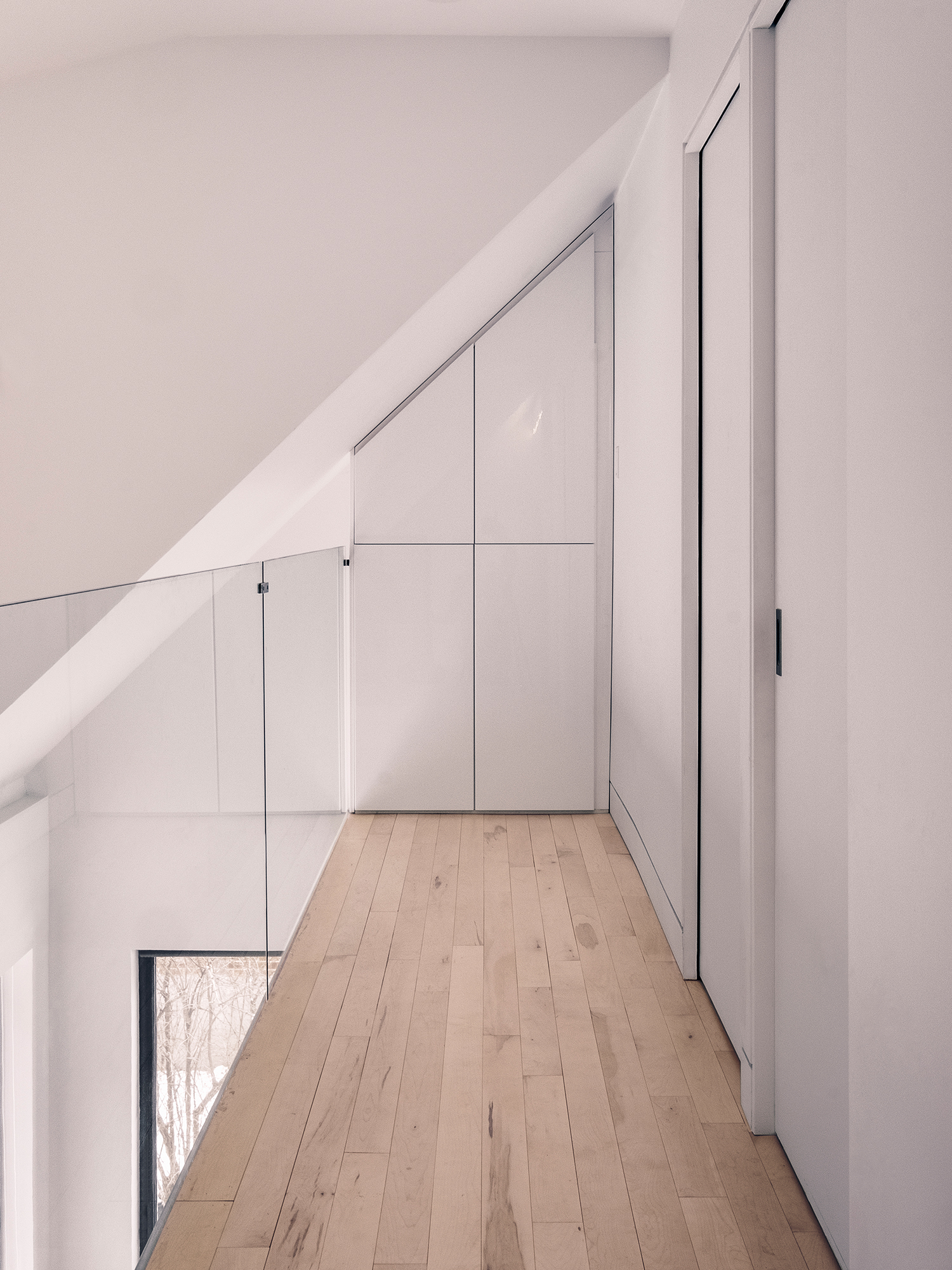