With a 270-degree glass structure, the idea behind The Air cabin by Yakusha Design is to create a feeling of weightlessness and provoke a sense of impossible architecture. With a prominent position overlooking the horizon and directly confronting the sea breeze, the design makes reference to the traditional idea of a lighthouse. However, this concept provides a more radical interpretation as it hovers over the precipice. 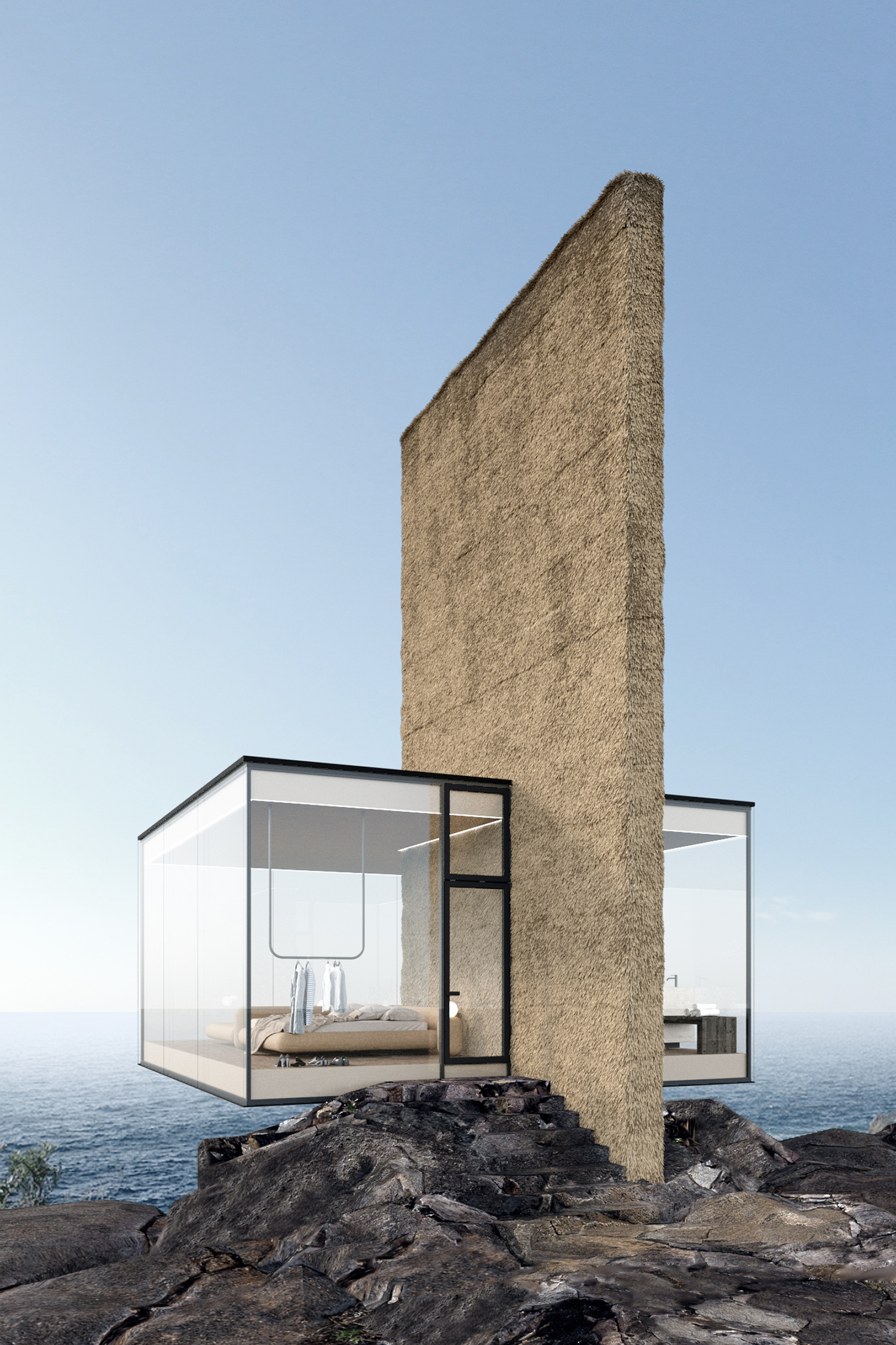 The minimalistic cliff cabin is set on a vertical pillar and secured with a foundation made of recycled concrete to make it structurally equilibrated. The central pillar takes up small internal space and, at the same time, includes most engineering and communications, maximizing the view over the Atlantic Ocean. Privacy is achieved by an integrated system of window blinds around the perimeter. 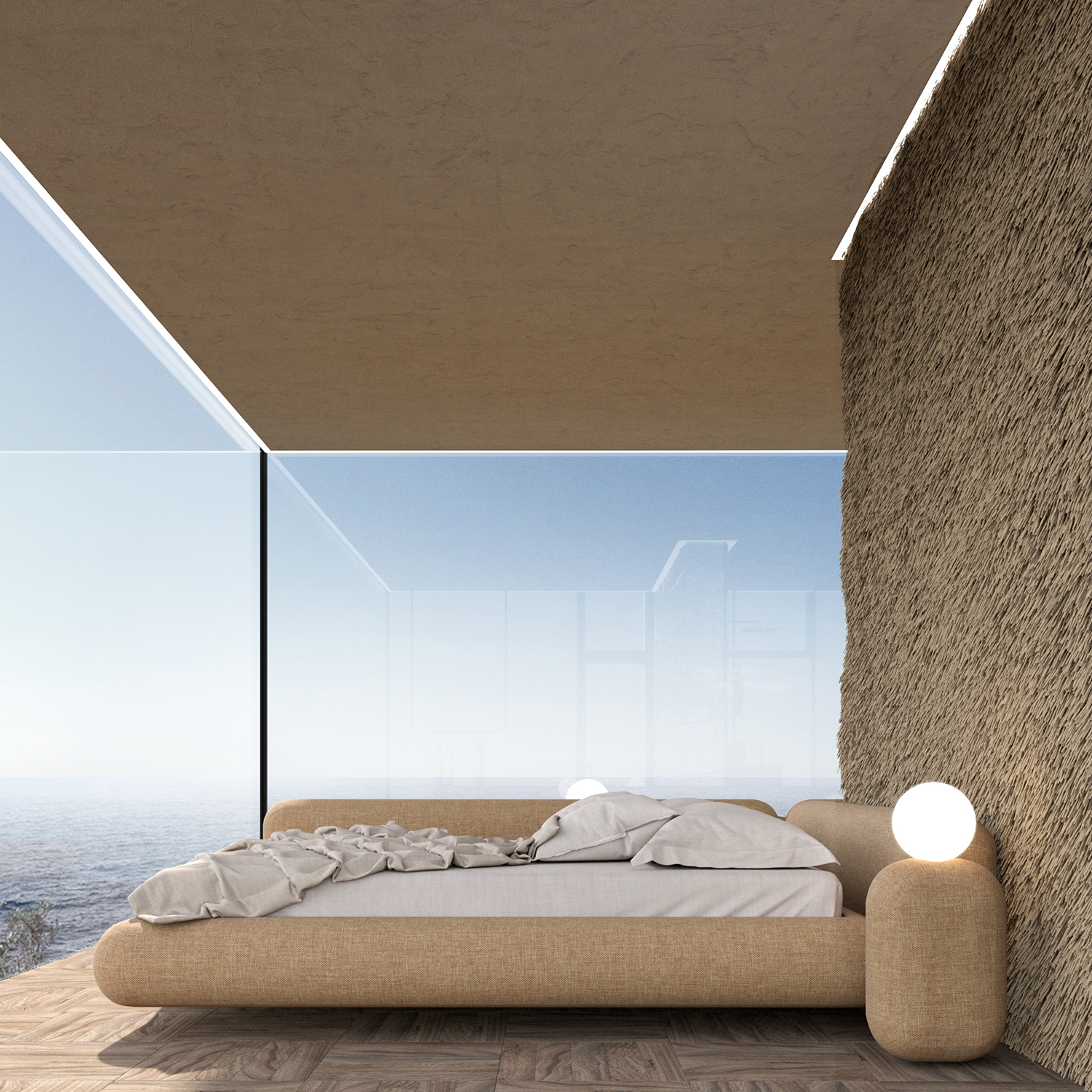 The minimalist open-concept of the interior measures just 48 square-meters and includes only essential furniture. A warm beige theme provides a homely atmosphere in contrast to the harsh weather conditions outside. functional zones – the living room, kitchen, bedroom and bathroom – invisibly flow from one to another. 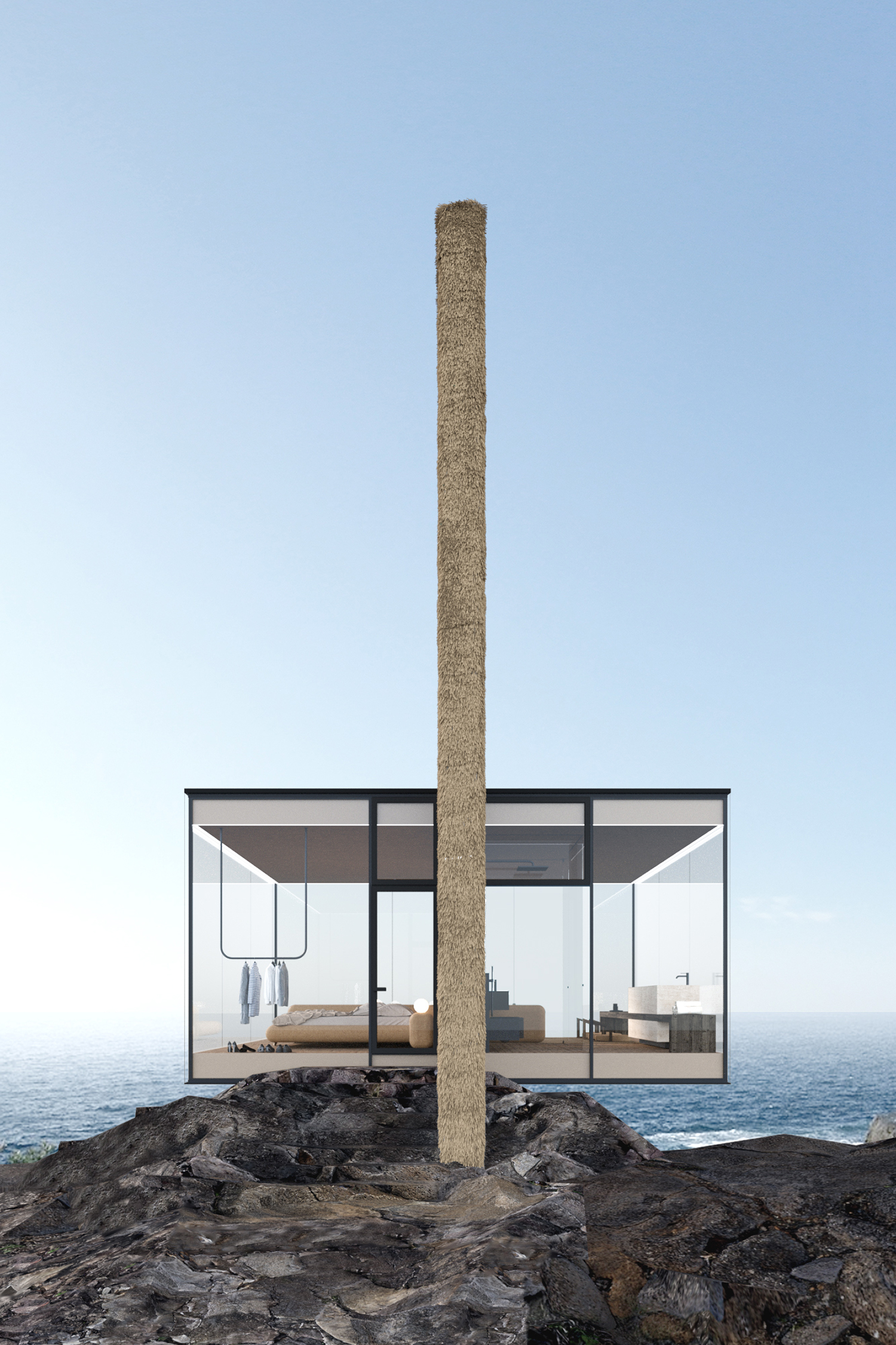 Stylistically, there is a combination of modern style with geometrical shapes and live primitive design: straight lines, rounded forms of sofas, round lamps, straw panels as surface of the wall, roughly processed logs, ceramic decor, low dining chairs. All the furniture is down to earth avoid overlapping the dramatic view. The bathroom privacy preserved by usage of a special glass with transparency adjustment.

“This project was developed as a holiday home for a surfer, who is no stranger to a confrontation with a powerful element of nature – the air,” says Victoria Yakusha, founder Yakusha Design. “As an archetype of this cabin, we took an ancient lighthouse, standing unwaveringly at the very edge of the earth and indicating a safe passage for ships.” 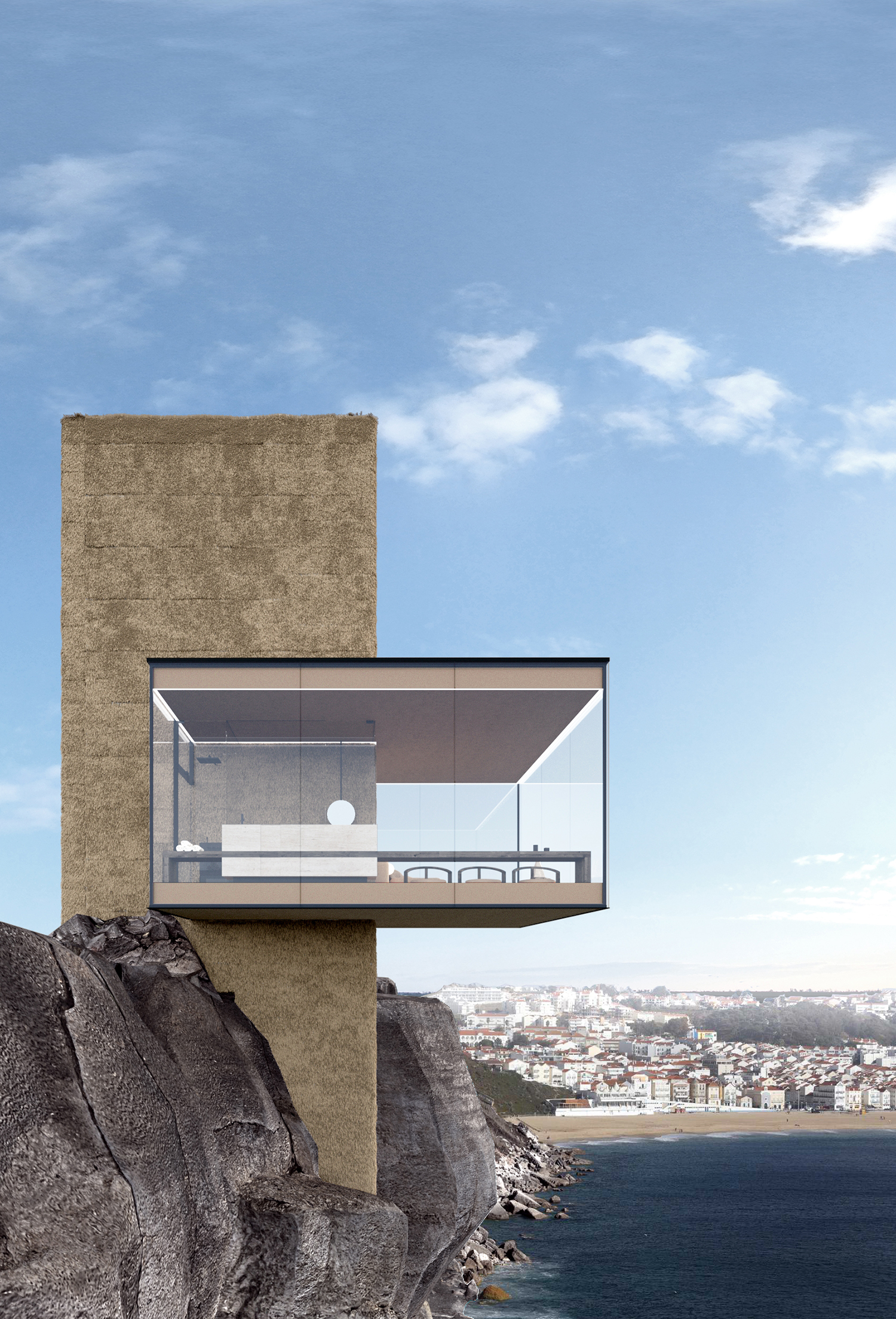 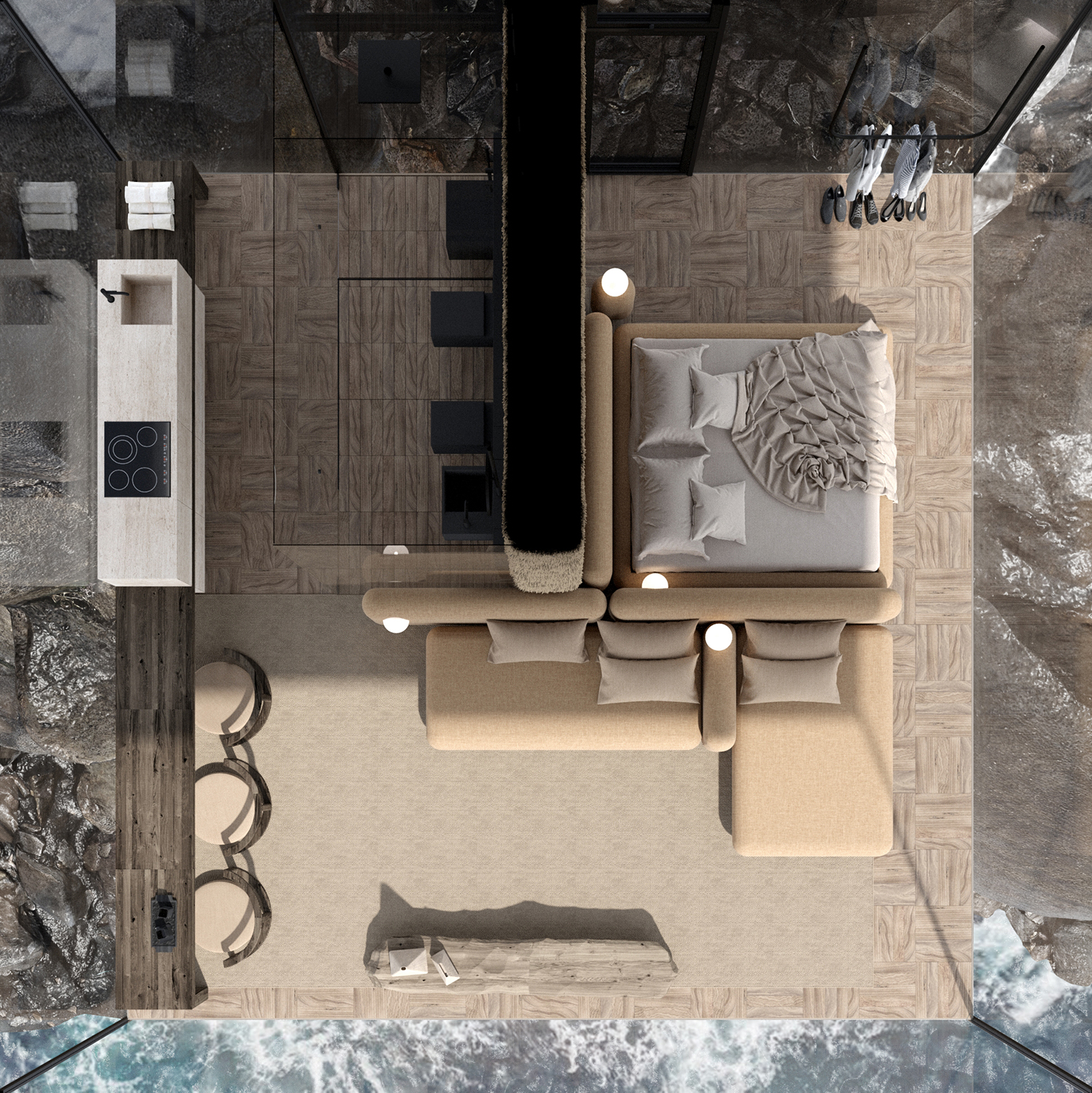 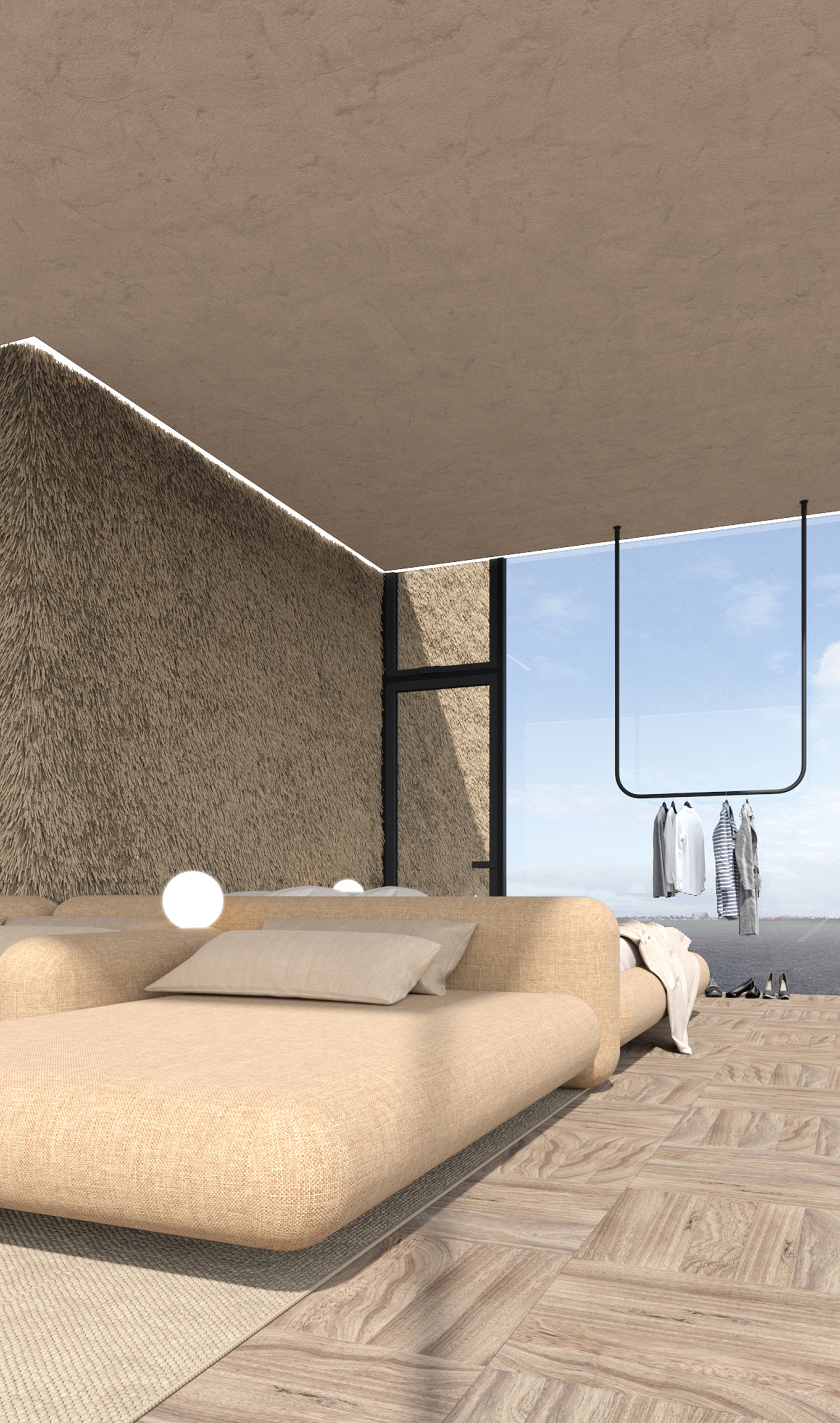 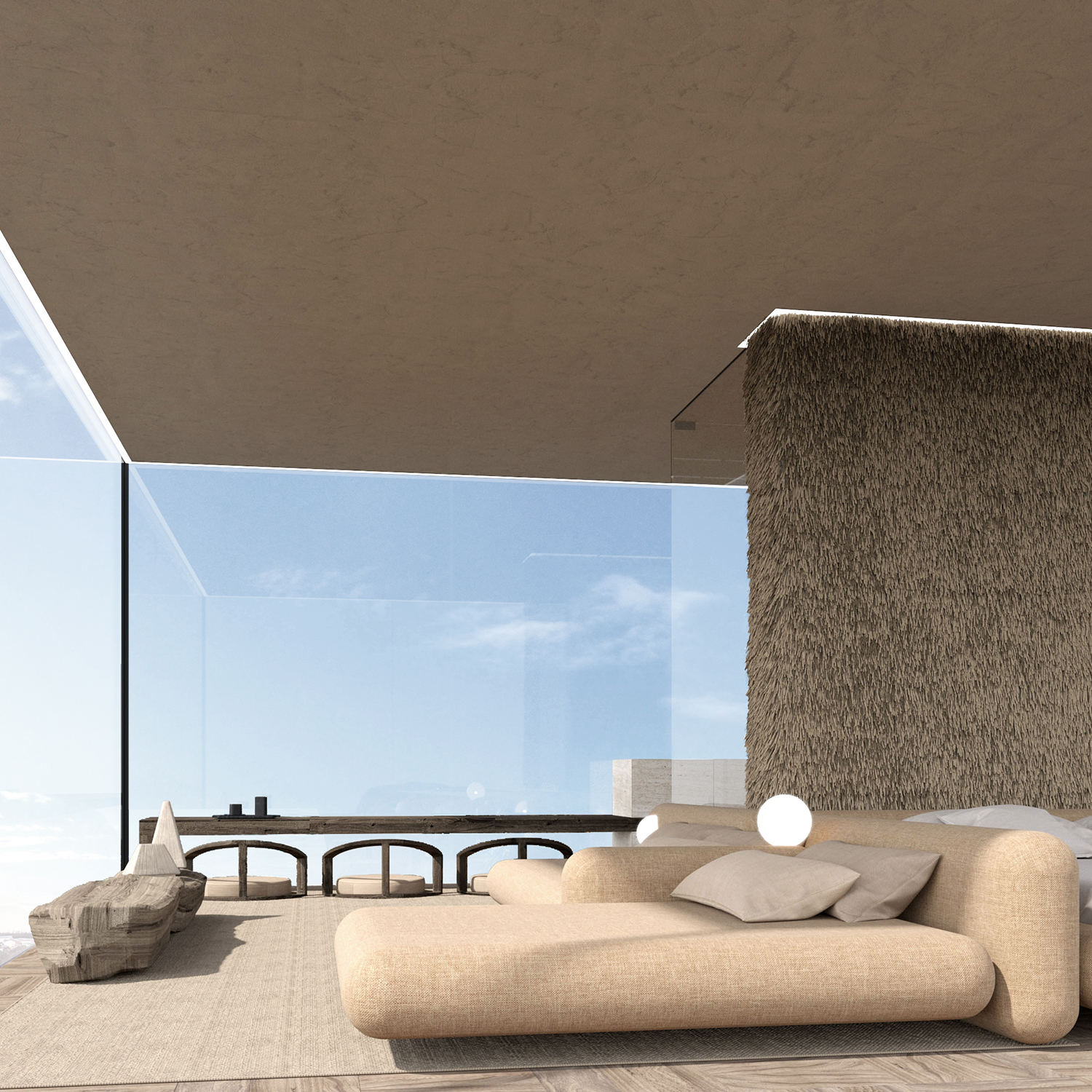 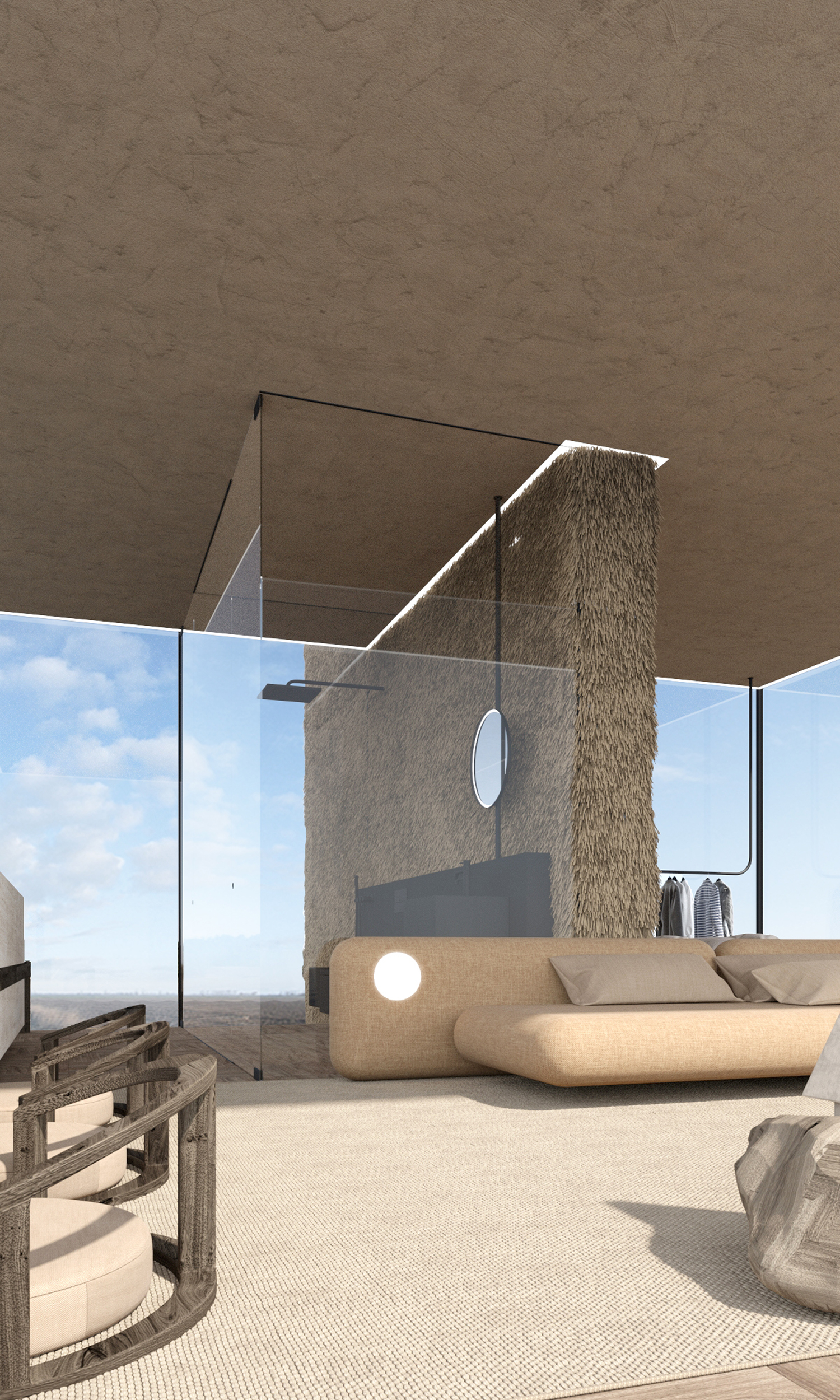