Renowned Japanese artist Yayoi Kusama presents her first comprehensive retrospective exhibition in Scandinavia at the Louisiana Museum of Modern Art. In recent decades Kusama has become world-famous for her artistic universe of radiantly coloured, riotously spreading patterns that cover the surfaces of paintings and sculptures and extend into all-encompassing installations where whole rooms, walls, floors and ceilings are covered in soft forms and dots starkly contrasting in black and yellow or white and red.

The exhibition Yayoi Kusama – In Infinity, shown in the South Wing of the museum, unfolds the artist’s oeuvre in  chronological order. A major theme of the exhibition is Kusama’s enduring fascination with infinity – which in her  work is a spiritual idea, a cosmological space and a psychological abyss. This great nothingness exerts an attraction compounded of both desire and fearfulness, as reflected by many of her works. 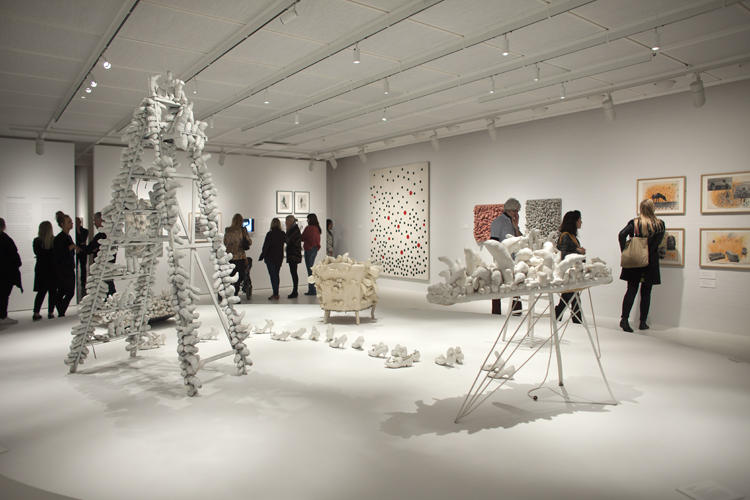 The exhibition is built up of thematic impacts that focus on moments of radical innovation in Kusama’s work.  The first section, Sprouts, is dedicated to the works of her youth – the earliest drawings and sketchbooks with nature subjects, which Kusama created as a self-taught artist in the Japanese provinces. The subsequent galleries focus on the ground-breaking change in Kusama’s work in the late 1950s when she emigrated to the USA and became part of the New York avant-garde scene. 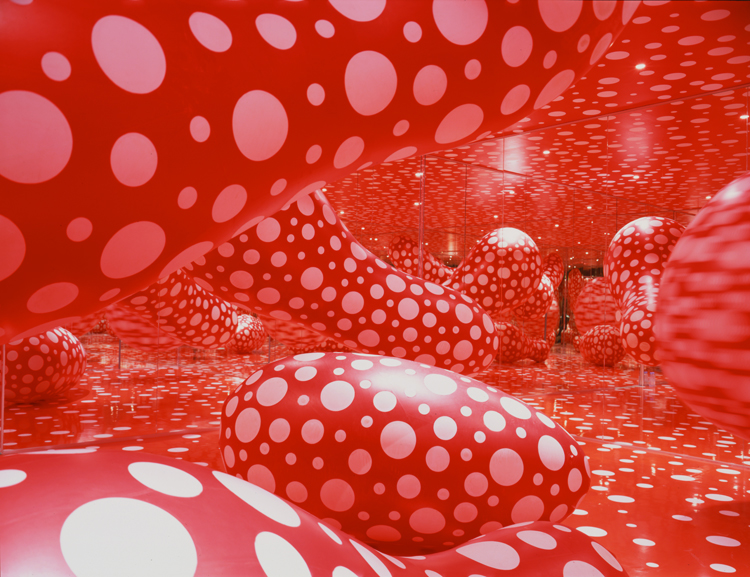 Under the theme heading Infinity a number of carefully selected works are shown from the painting series Infinity Nets, which became Kusama’s breakthrough work. In the next gallery, Accumulations, stand soft, eroticized furniture-sculptures covered in hundreds of white, penis-like shapes. Unlike the predominant currents in artistic milieux in New York, where Kusama got to know artists like Andy Warhol and Donald Judd, Kusama’s work was seductive and physical. It was in this period that she developed the fundamental themes around which her life’s work still revolves: fantasies  of infinity, dizzying psychological spaces into which one can disappear, and the desire to dissolve the ego and be swallowed up by the world. 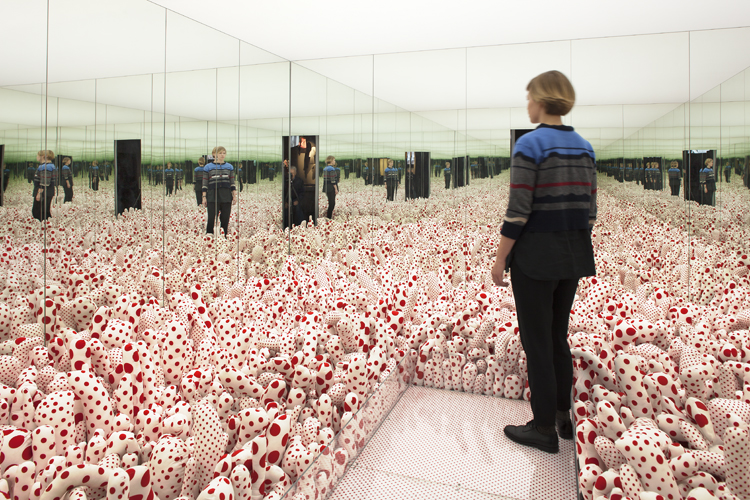 The next space, The Priestess of the Polka Dots, unfurls through richly documented material, slide shows and rare, original design objects, the expanded practice into which Kusama progressed throughout the second half of the 1960s. She organized political protests, happenings and body-painting parties – and established her own fashion design firm, Kusama Fashion Institute, all accompanied by a constant flow of press releases that functioned as marketing, artistic manifestos and social satire. 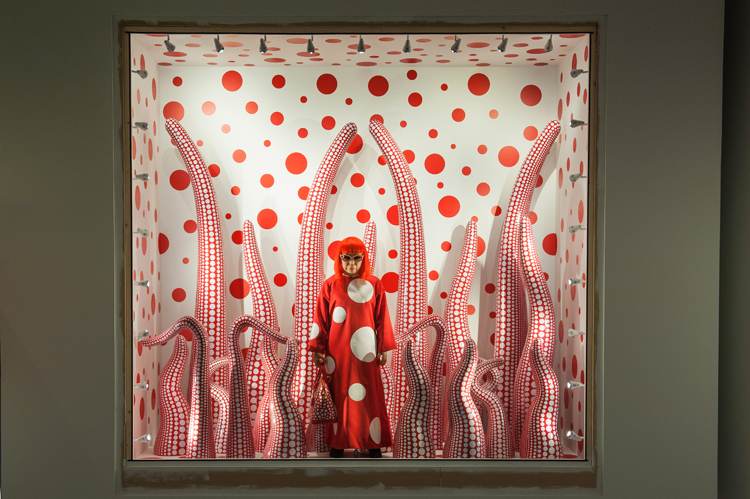 In addition, Louisiana show major works from the period when she was one of the first artists to develop the installation genre. Particularly worth singling out is the installation Polka Dot Love Room (1967), which has been radically restored for the Louisiana exhibition and will be shown in its entirety for the first time since the 1960s. 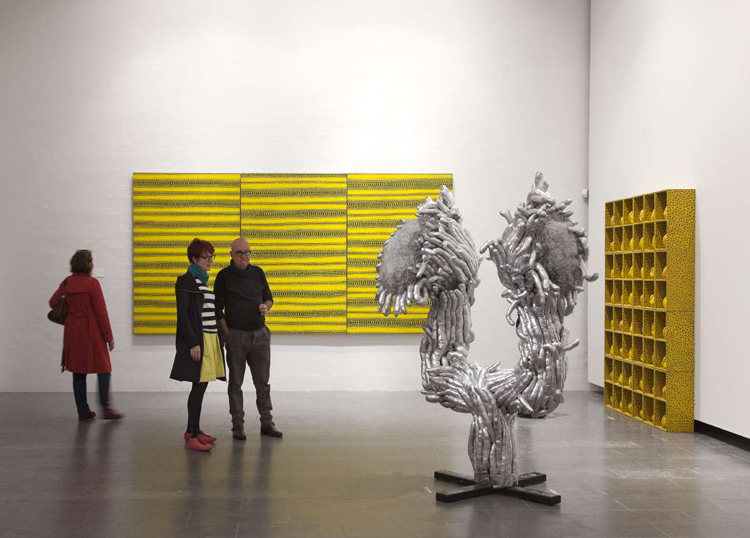 At the beginning of the 1970s Kusama returned to Japan. The next section, Cosmos, trains the spotlight on the turn that Kusama’s work took through the 1980s. Now the nature motifs from the earliest period returned, but in large paintings and sculptures where the synthetic and the organic clash in wild combinations. Many of these works have never been shown outside Japan. 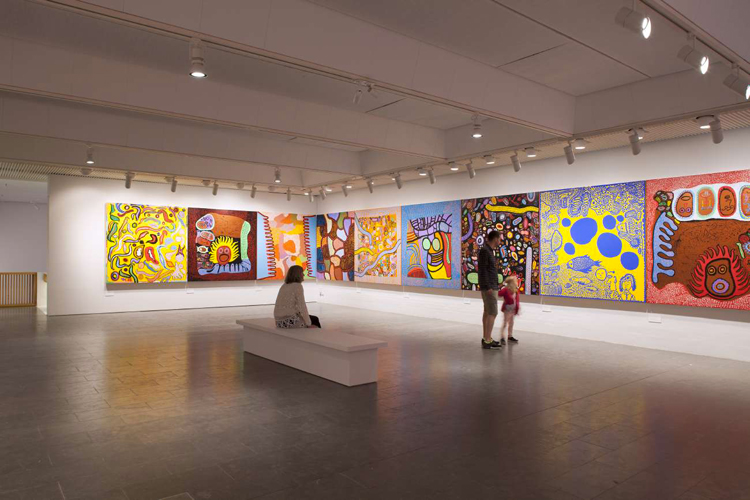 The last section of the exhibition, Kusama’s world, focuses on the idea of self-obliteration in Kusama’s contemporary work through performance videos and spatial installations. A special feature is the work Mirror Room (Pumpkin) (1991), an installation that was shown at the Venice Biennale in 1993 and helped to give Kusama the status on the global contemporary art scene that she has today. Finally, the exhibition shows works from the latest series of paintings, My Eternal Soul, on which Kusama is still working. 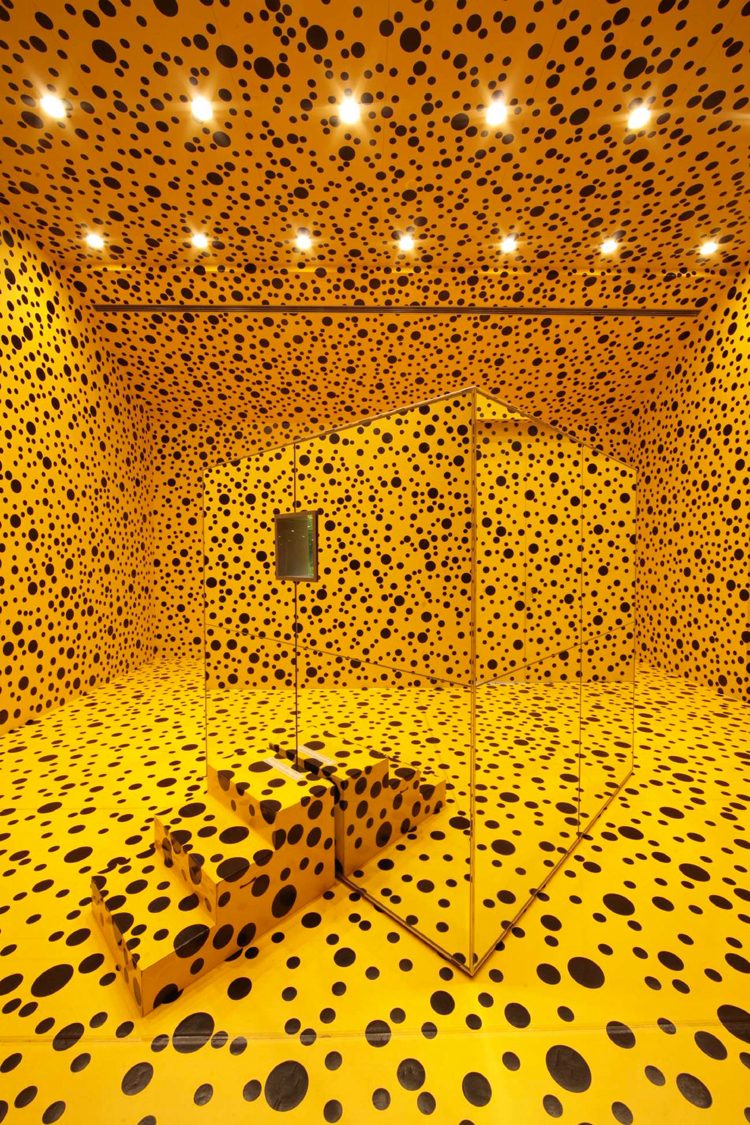 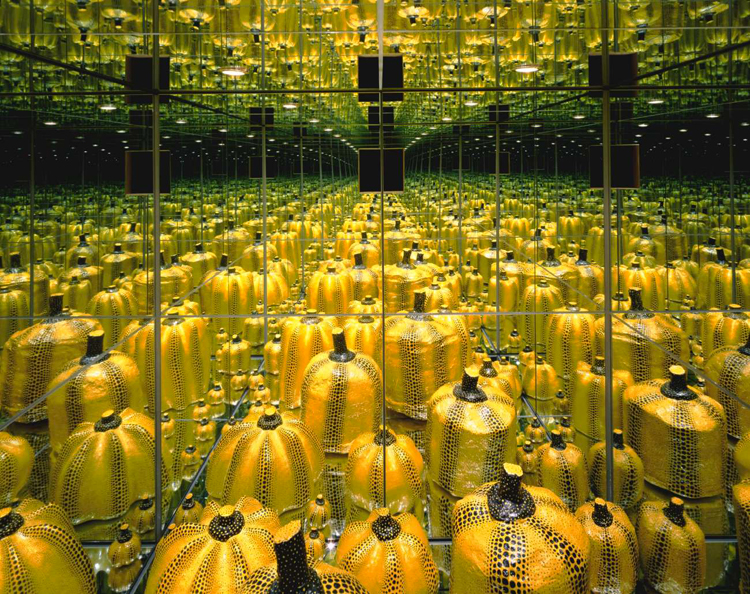 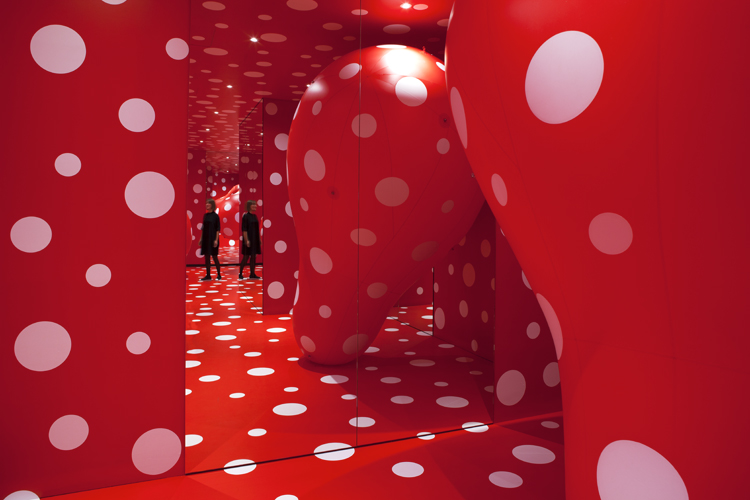 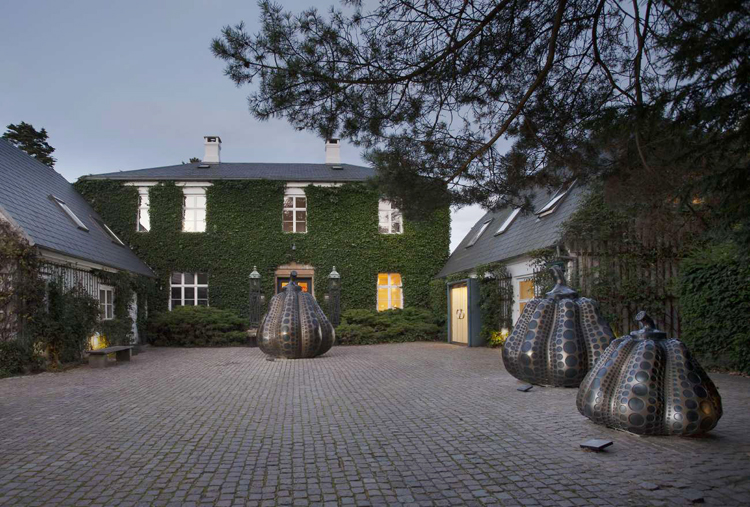 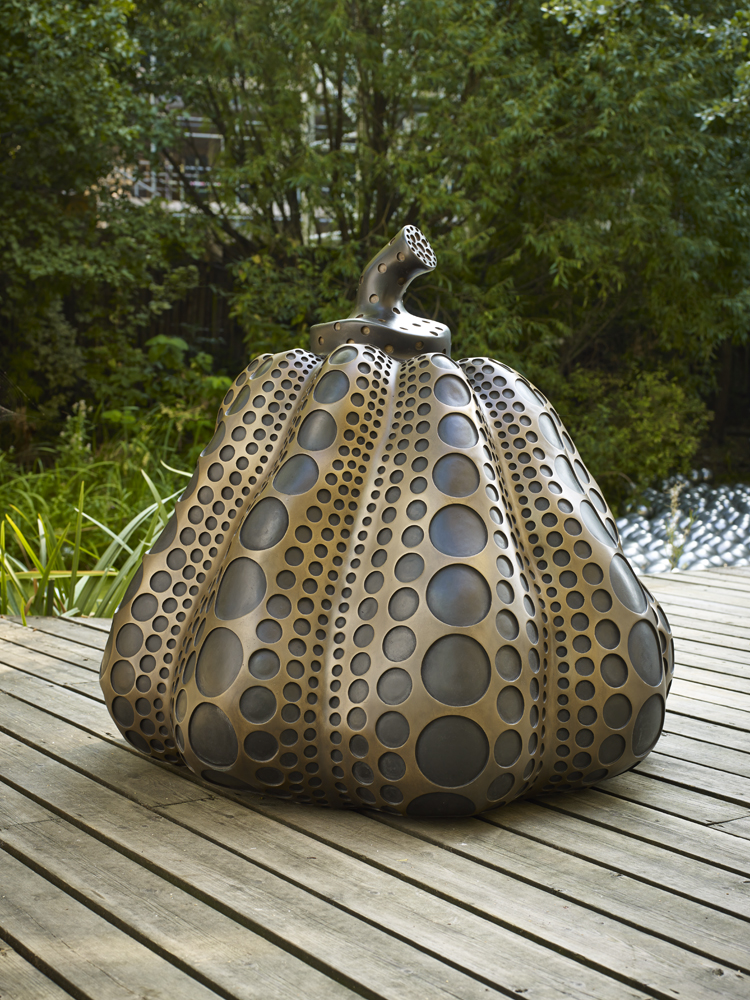